100 Mile Solo on the Border
by SlowTroller

Trip Type: Paddling Canoe
Entry Date: 06/12/2022
Entry Point: Little Indian Sioux River (north) (EP 14)
Exit Point: Fall Lake and Beyond (EP D)
Number of Days: 6
Group Size: 1
Trip Introduction:
This was a 6 day solo trip along the border with a side trip into Sundial PMA. Main goals were fishing, photography and filming for a new Youtube series I will be part of. Highwater, high mileage and a grand slam were the highlights of this trip. Enjoy.
Discuss Trip: View Discussion Thread (16 messages)
Day 1 of 6
Sunday, June 12, 2022

Packsack Outfitters was incredibly accommodating on a 6 AM ride to EP 14 – Little Indian Sioux North. The drive did not take as long as I had anticipated and it was fun passing so many familiar EP’s I have visited in the past: South Hegman, Mudro, and the Moose River. This was my first entry at Little Indian Sioux North and the lakes beyond. I wont see familiar water until I reach the fish stake narrows portion of Lac Lacroix. The water was high but not dangerous on the small river and it was clear that it was down from its high a few weeks earlier. The cascades along some of these portages are quite scenic through the Pauness Lake’s and past Devils cascade and into Loon lake. I spent a lot of time taking pictures in these areas. I also ran into a fellow BWCA.com member, Martian and his son whom we shared some portages and conversation. So far a perfect day with the current and light breeze at my back. I finally broke out the fishing Rod on Loon lake and picked up a nice pike and bass while trolling. The train track portage was looking pretty beat up after the high water. The flow was still really strong as I pulled my canoe up on the lawn. I have yet to catch the elusive lake trout on any of my trips to the BWCA and was hopeful that this could be the year with the slightly cooler than normal water on Lac Lacroix. I pulled out a husky jerk deep and started dragging. The water was still really high on Lac Lacriox with trees still very much in the water. It reminded me more of a cypress swamp than a Canadian shield lake. I finally got a tug on the line after passing a half sunk island and low and behold it was a trout! I enjoyed the moment and realized that my opportunity for a grand slam just went to about 99%! I mean Bass and Pike are a sure thing, Walleye can occasionally be a challenge but I am familiar with the water I was headed to and felt sure I could find some gold over the next week! Having a great day on Lac Lacroix was sealed after the trout catch but I was in need of a campsite. I planned to camp in the Snow Bay area but it was filled up. In fact everything was full. The only open site I found was under water….  I ended up finding a 3 star site across from the portage to Takucmich Lake. It was not the prettiest site but did the job. Hit the sack early to be woken up by the craziest sounding bird, I am assuming a grouse but I had never heard it before. It wasn’t the wing beating you normally hear, I heard that all week as I travelled, it was a high pitched squeak that I really cant explain. Maybe the female grouse. Never heard it again after that campsite but I did get some video of it I will share sometime. 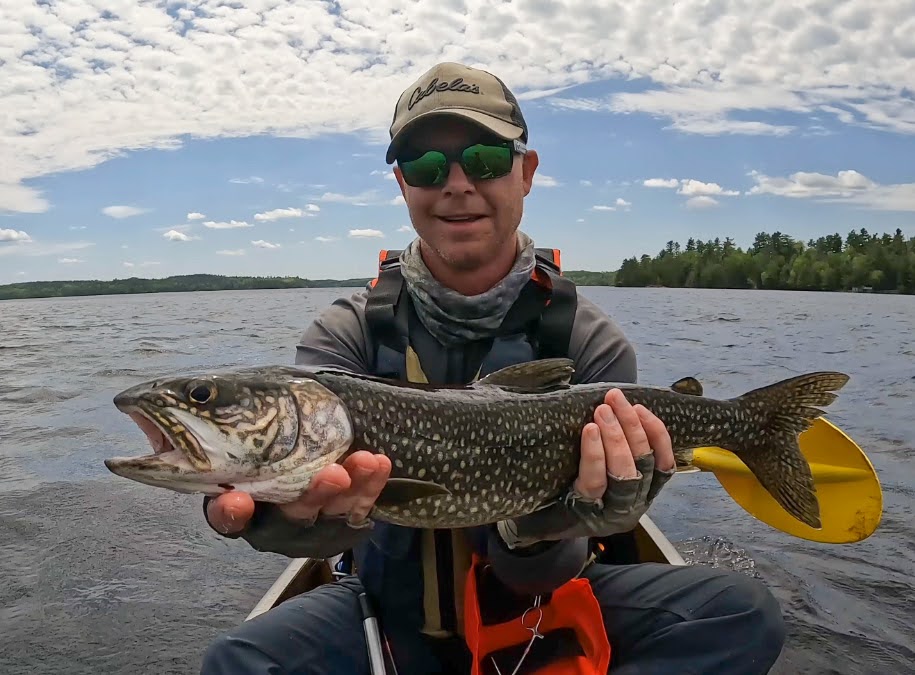 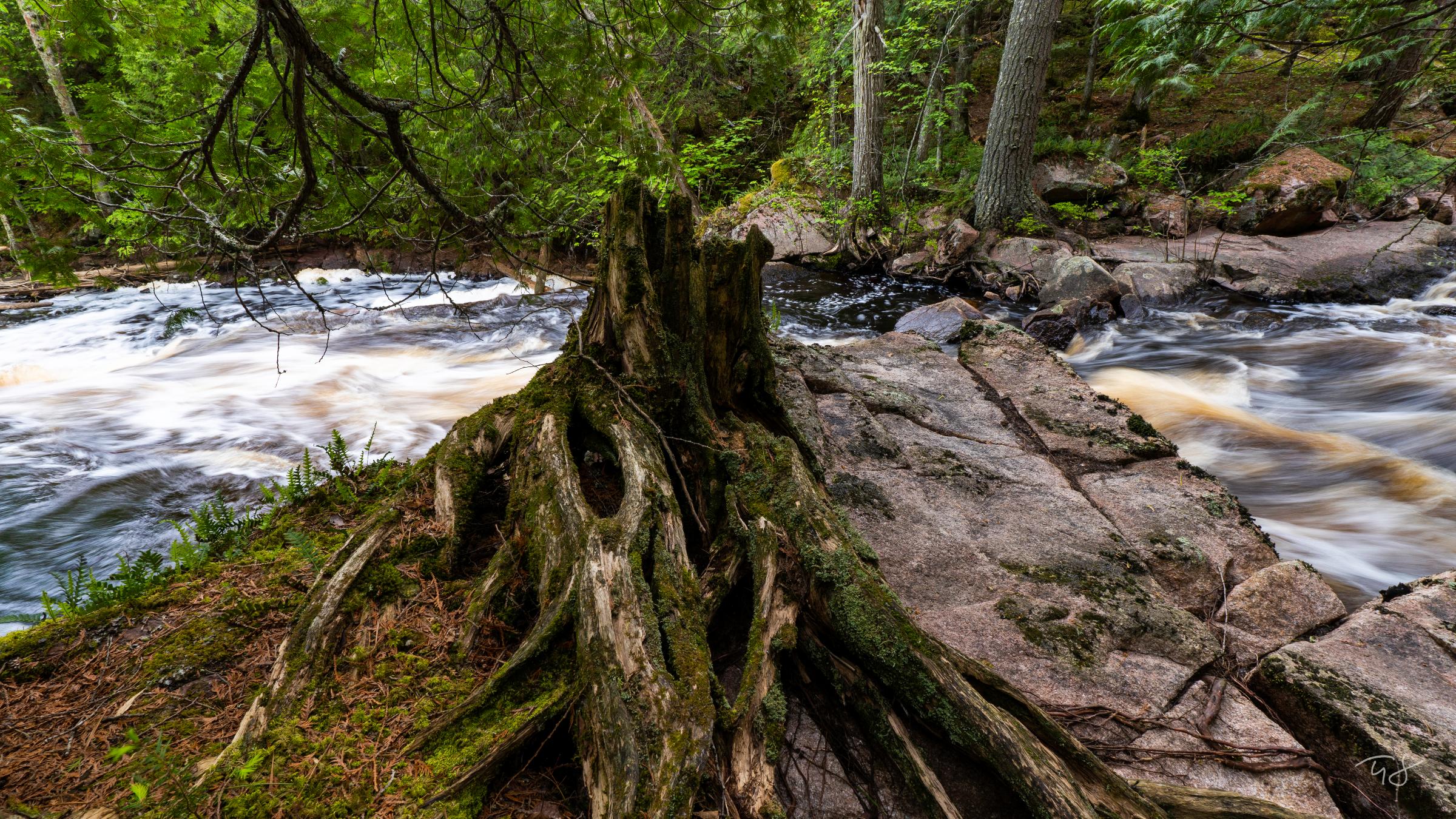 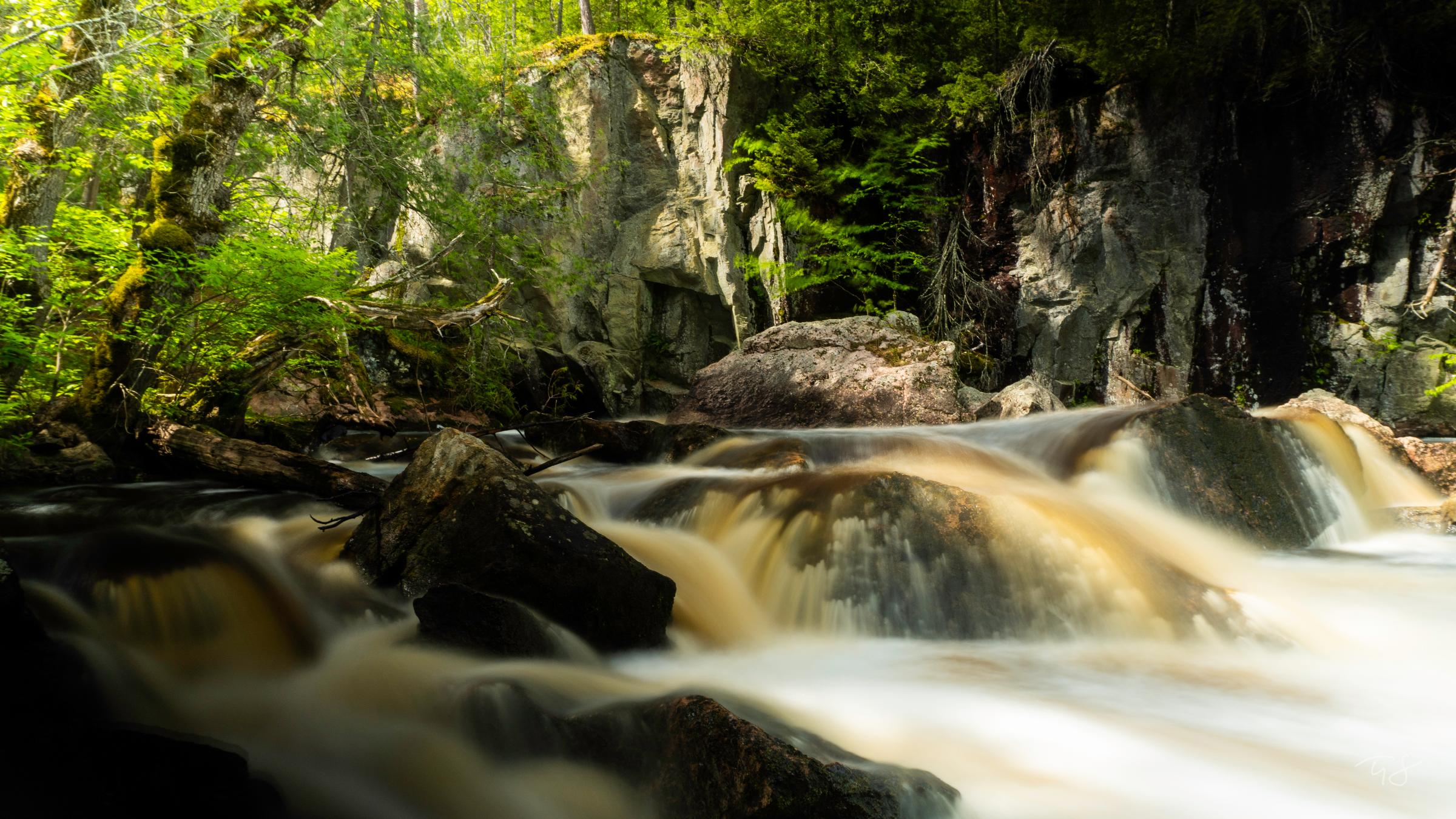