Trip Type: Paddling Canoe
Entry Date: 08/14/2022
Entry & Exit Point: Angleworm Lake (EP 20)
Number of Days: 4
Group Size: 2
Trip Introduction:
Two friends from Washington embark on four wilderness days of portages, fishing, camping and comradery!
Discuss Trip: View Discussion Thread (3 messages)
Day 1 of 4
Sunday, August 14, 2022 It had been a few months of anticipation, an evening flight from Washington state and a drive through the night to Ely that got us to this point. After spending a few days at my Ely area cabin, my friend and I finished our two days of prepping by packing the car and heading to the Angleworm trailhead around 8 a.m. Sunday morning. Many had told us to reconsider our entry point. They insisted ANYTHING was better than the dreaded Angleworm portage. We pushed their concerns aside and decided we were up for the challenge. We tried to pack as light as we could and us two middle aged men were able to consolidate down to two packs, a 35 pounder and a 50 pounder. We also had our 45 pound Mad River Explorer Kevlar canoe with paddles and fishing rods strapped inside. We were committed to only traveling the 700+ rod portage twice; once on the way in and the second time on the way out. The portage started out well but we quickly ran into a snag when we got to the swampy bog area I had seen on a YouTube video. The boardwalk was gone! The spring flooding had torn it apart. Remnants of it could be seen floating in the water. We gritted our teeth and slogged through the thigh deep water. We made short work of it and arrived at the other side. After a quick rest, we continued on, taking breaks as needed. We finally found the spot where the trail veered left towards Angleworm, as we had seen on the map. We were surprised at how quickly we arrived at the lake. It was quicker than anticipated. The lake wasn't what we expected with deadhead trees and really shallow water. Something did not seem right almost right away as we paddled north. This was NOT Angleworm, but a beaver pond! The worn trail where we launched the canoe made it obvious that we weren't the first people to make this mistake. In fact, we met another party about to do the same thing as we exited the pond. We had a quick snack and proceeded to the real Angleworm Lake. Once arriving at Angleworm, we started paddling north. Our hopeful destination was Thunder Lake. We spoke to a few people on Angleworm who were quick to mention how poor the fishing was. We continued on to Home Lake. The 65 rod portage was a breath of fresh air after Angleworm. We paddled through Home and on to the Gull Lake portage. The 271 rod portage was another grinder. By the time we arrived at Gull Lake mid-afternoon, we were exhausted and had zero interest in another portage. We took the center of the three campsites along the north end of Gull. The other two were empty. We had the whole lake to ourselves! The campsite is a nice one with easy spots to cast from shore and land a canoe. There are multiple tent spots and bugs were not an issue. We secured firewood, started a fire, and spent a relaxing evening dining on the frozen ribeyes we had packed and enjoyed some "Loonshine". We enjoyed it so much that we finished our trips Loonshine ration the first evening. A thunderstorm blew in after dinner and we turned in early to listen to 45 minutes of thunder cracks and pouring rain while we enjoyed our dry tent and dozed off to sleep. 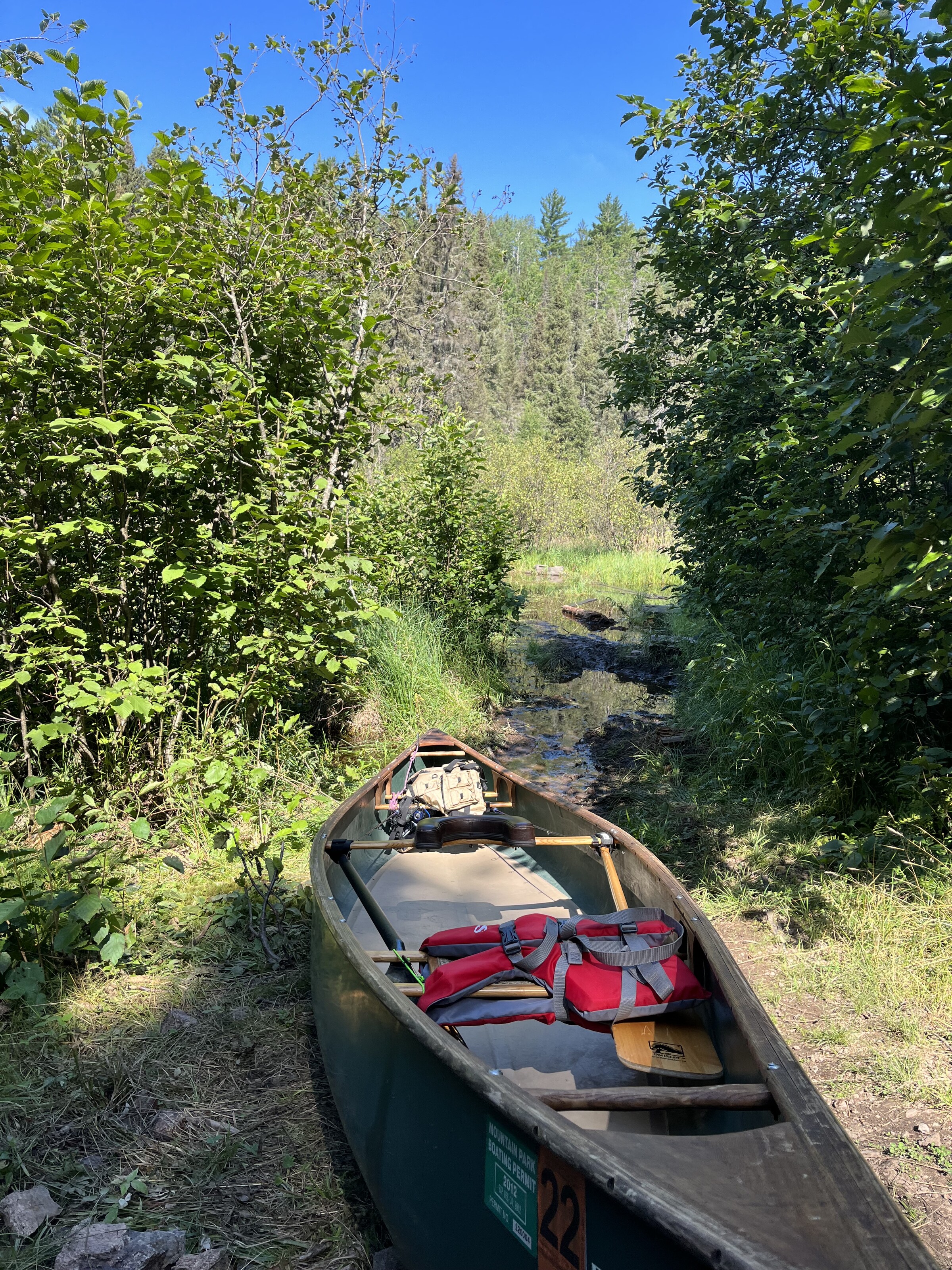 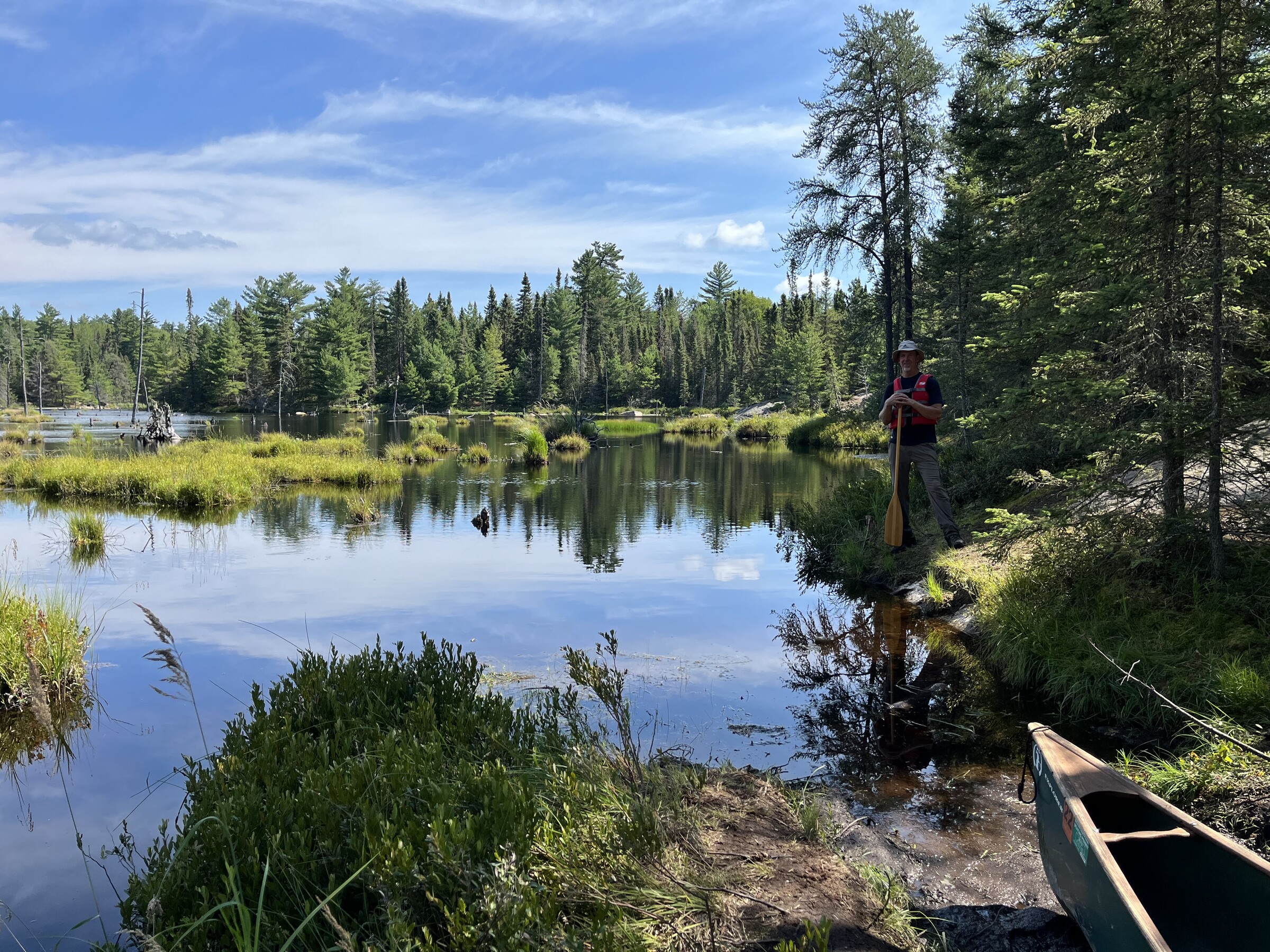 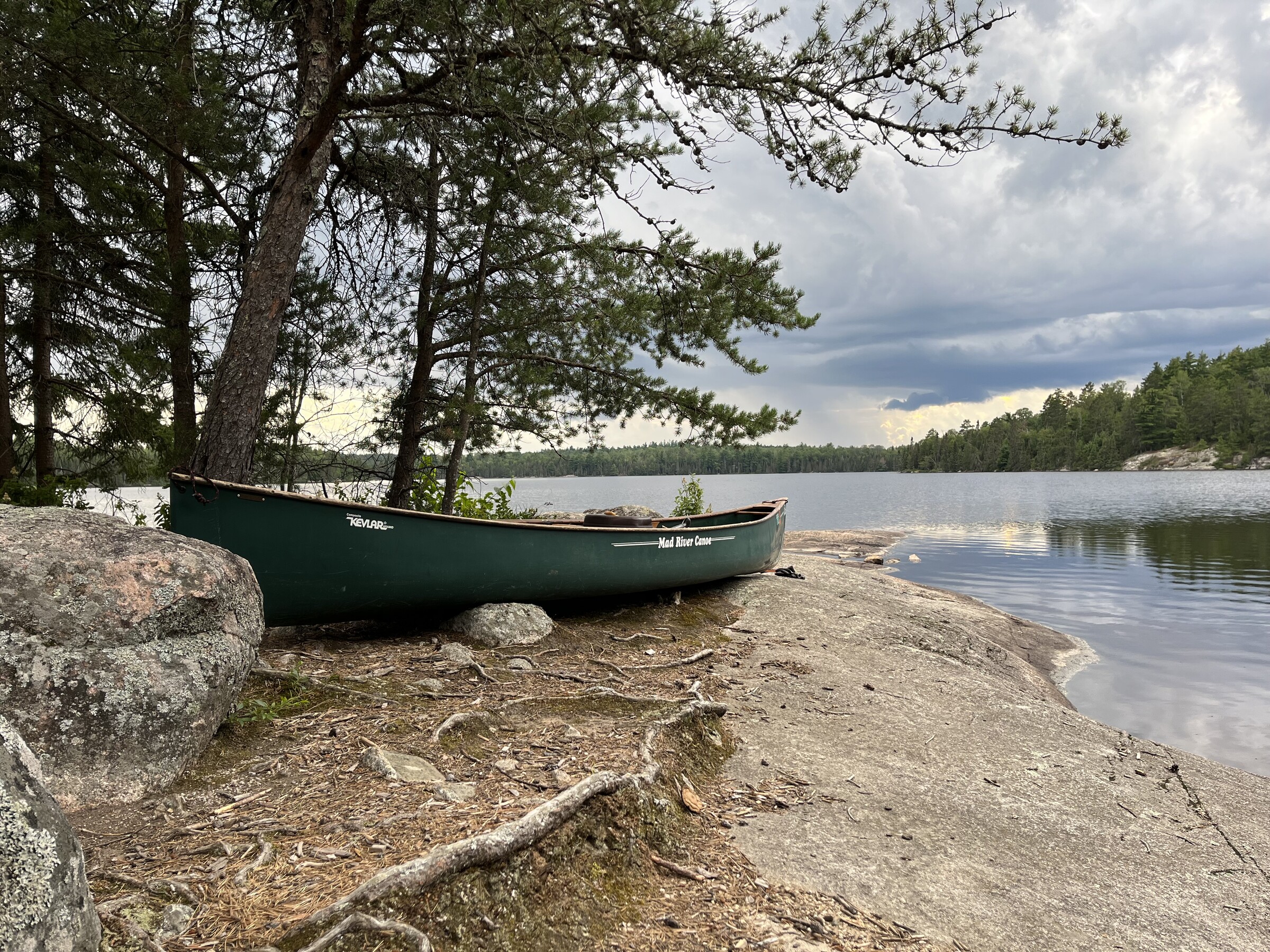