Dawn broke and I was up with the birds. I'm an early morning guy, and this dawn didn't disappoint, with the fog slowly burning off the waters as the sun grew stronger. 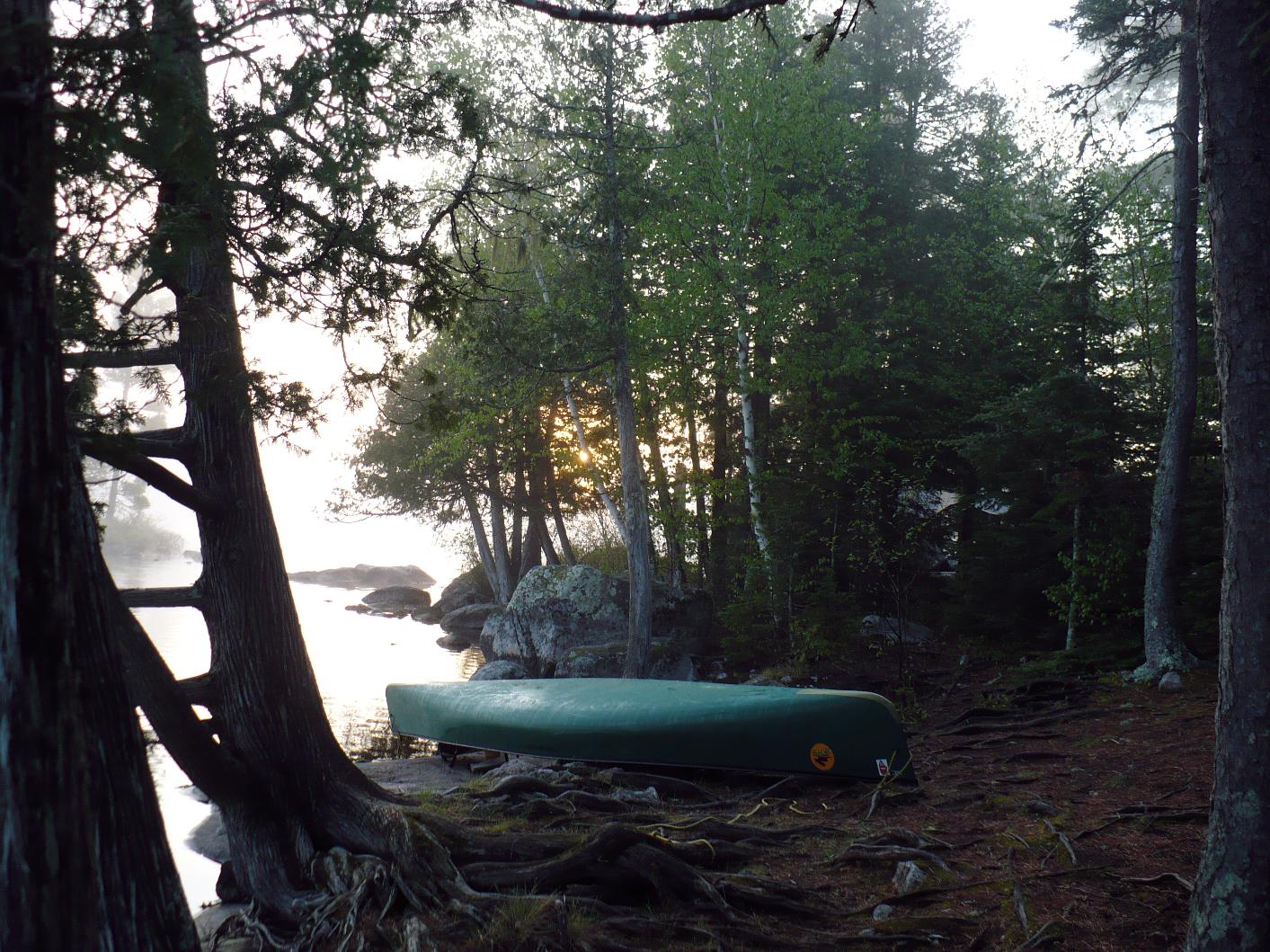 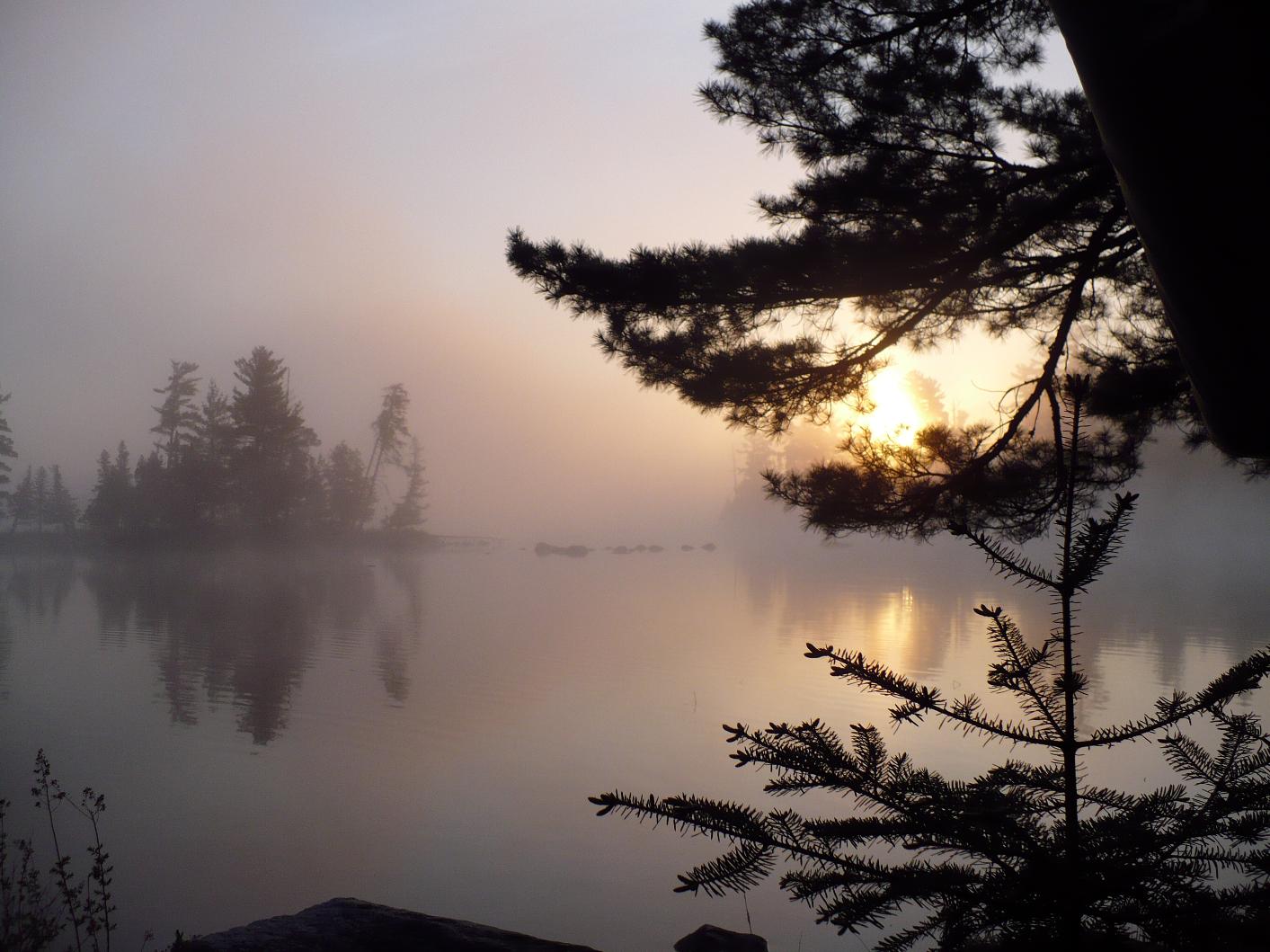 We made breakfast and hit the waters of Agnes early. We left this pretty lake and bypassed the portage to Boulder Bay in favor of the Boulder River route. I like this route - though admittedly it's a lot slower. We stopped and fished the waterfalls, though we wisely decided to line the canoe through rather than try and run this feature. (An exiting paddler had warned us about the low water and the danger of trying to run the Vee just right of center.) Duh. 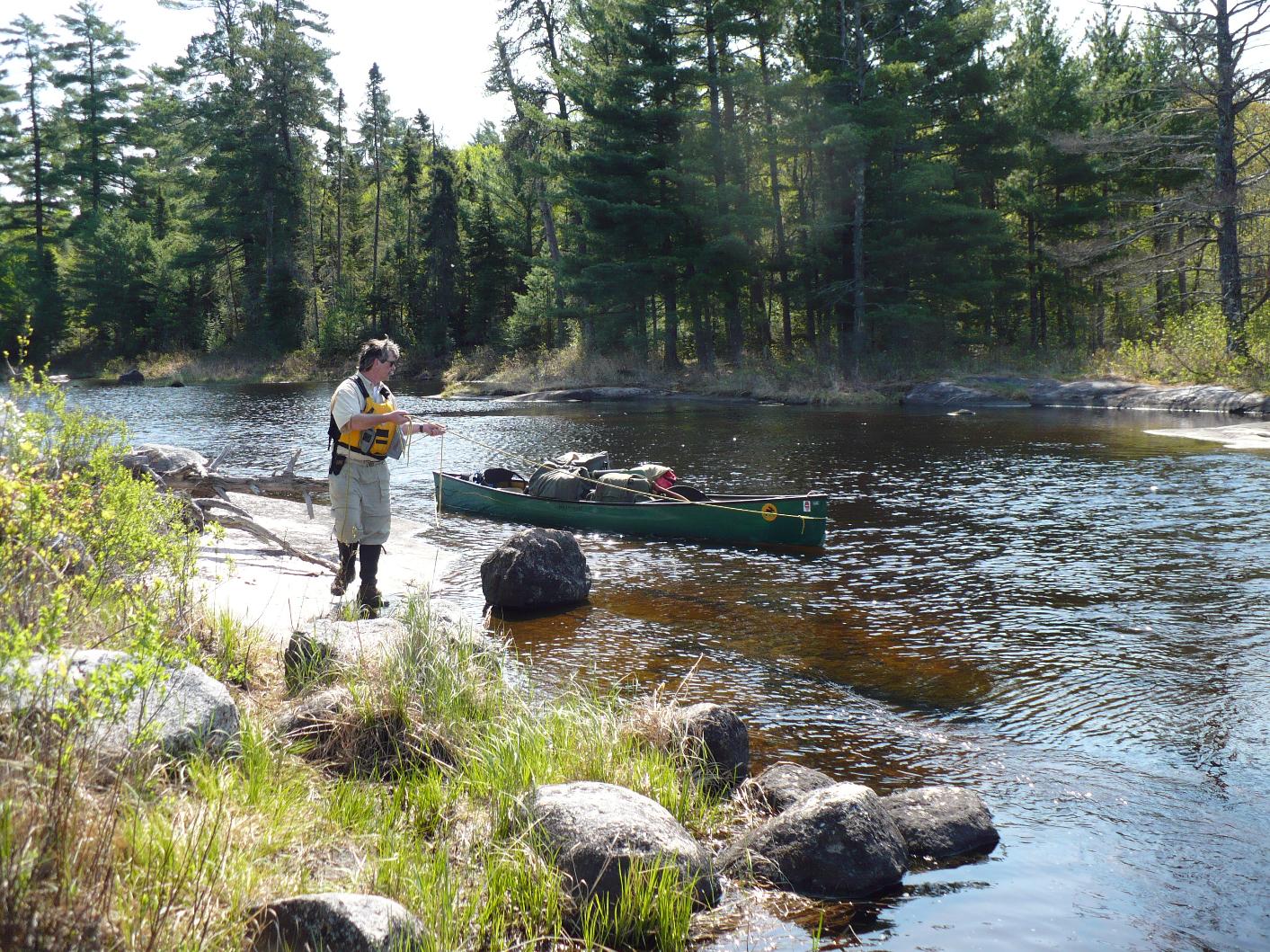 Fishing was fair, but just being out in the warm spring sun and tossing lures into the tumbling waters was a great time.

We left and pressed on to LLC and the Bottle Portage - stopping for lunch on a sandy beach along the way. The winds on LLC had picked up out of the Southwest - creating some interesting swells and choppy water for the last mile or so. The Bottle Portage offers both sucking mud and significant elevation changes, but we made it over in good time.

We passed on a beautiful site on Iron, the low water and the increasing wind would have made landing on the exposed rocks a potentially canoe wrecking activity. Pressing further on, we selected a point site with a large erratic boulder and the cold fire pit nestled next to it.

Our tarp was engineered, the tent pitched and we made camp - temps were a balmy 65, though the wind continued to gust up until late afternoon. Fishing the bay next to this campsite rewarded us with a number of Bass, Northerns and a lone Walleye - so breakfast was assured!


Continue to Day 4
Back to Trip Report Main Menu