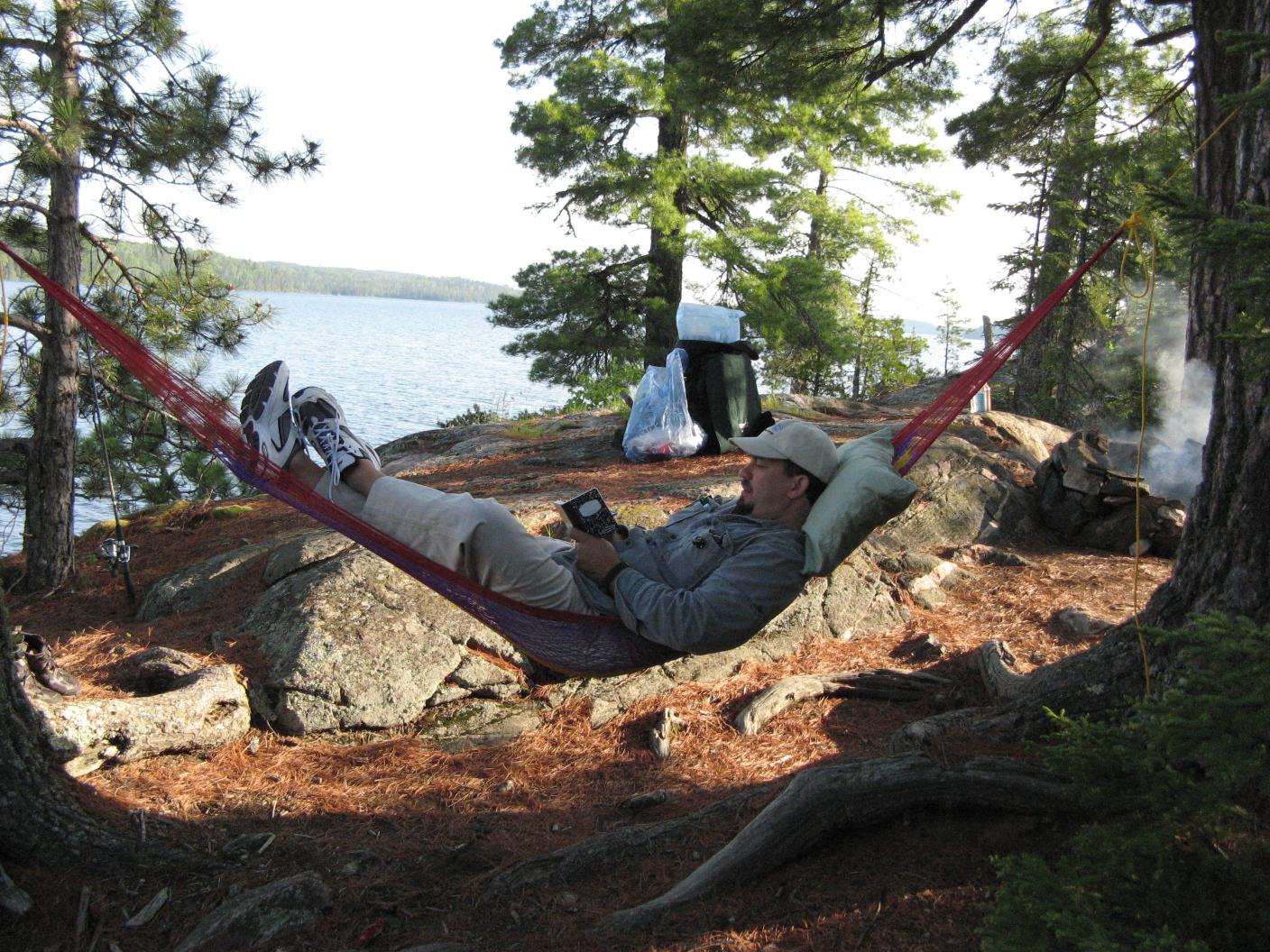 . Not in any hurry to leave here, this afternoon’s weather calls for strong south winds and our destination is straight north, about 12 miles to Rose Island on Kawnipi Lake. This will be a truly gratifying experience; monitoring the weather these past few weeks resulted in a stop to the local hardware and fabric stores for some aluminum tubing and rip-stop nylon. We were about to spend the day sailing. I know this is thought of as “cheating” by some of my hardcore canoe friends, but I figure hey, unless you’re paddling a hollowed out log, sleeping in an animal hide, and fishing with a spear, please save the comments. The rest of the week it will just be dead weight, but today we harness the power of nature and enjoy. High noon, the wind is up, the waves are starting to roll and we set sail. 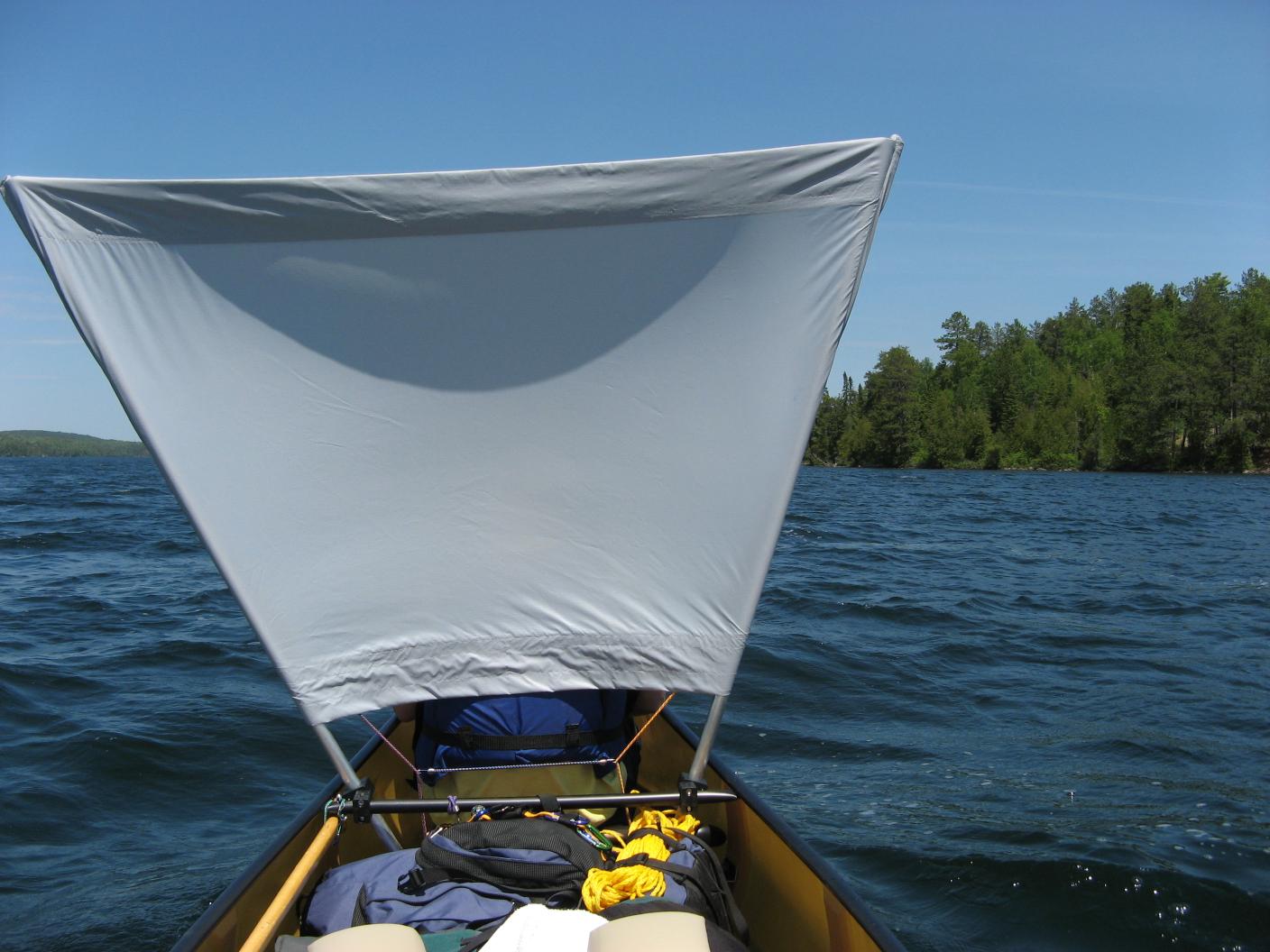 . After yesterday’s efforts Dusty was happy to relax and keep his paddle dry, I acted as rudder. There’s something about sitting back and marveling at nature while sailing under the power of your own creation. As the waves started to whitecap, we were doing 5.5 mph according to GPS; I know, more cheating.

We could usually hear them before we could see them, waterfalls entering the lake through cliffs and bluffs. 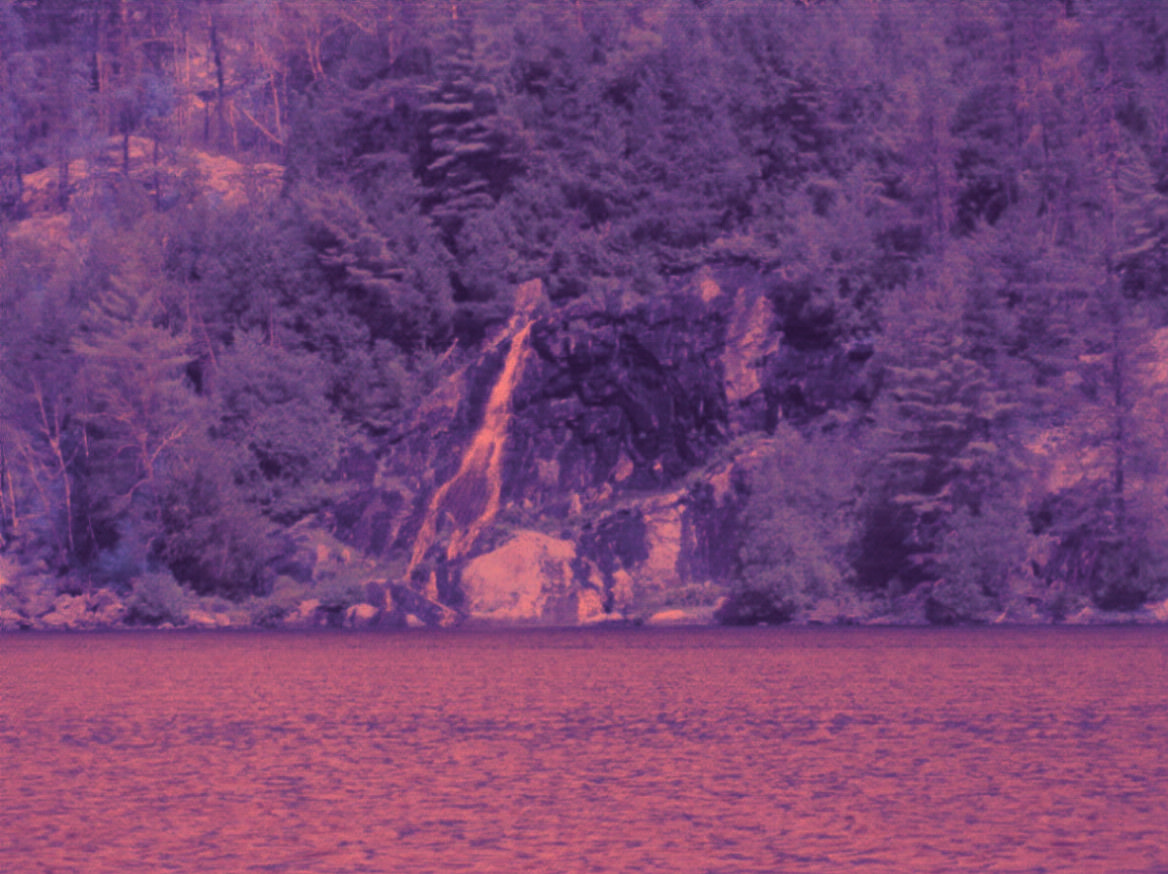 It was interesting to see what looked like a small creek on the map looked like up close. We made a point to stop and explore some of those. Nearby we found a nice hidden campsite (not on the map) it rested behind a bluff out of site from the lake, and had lunch. 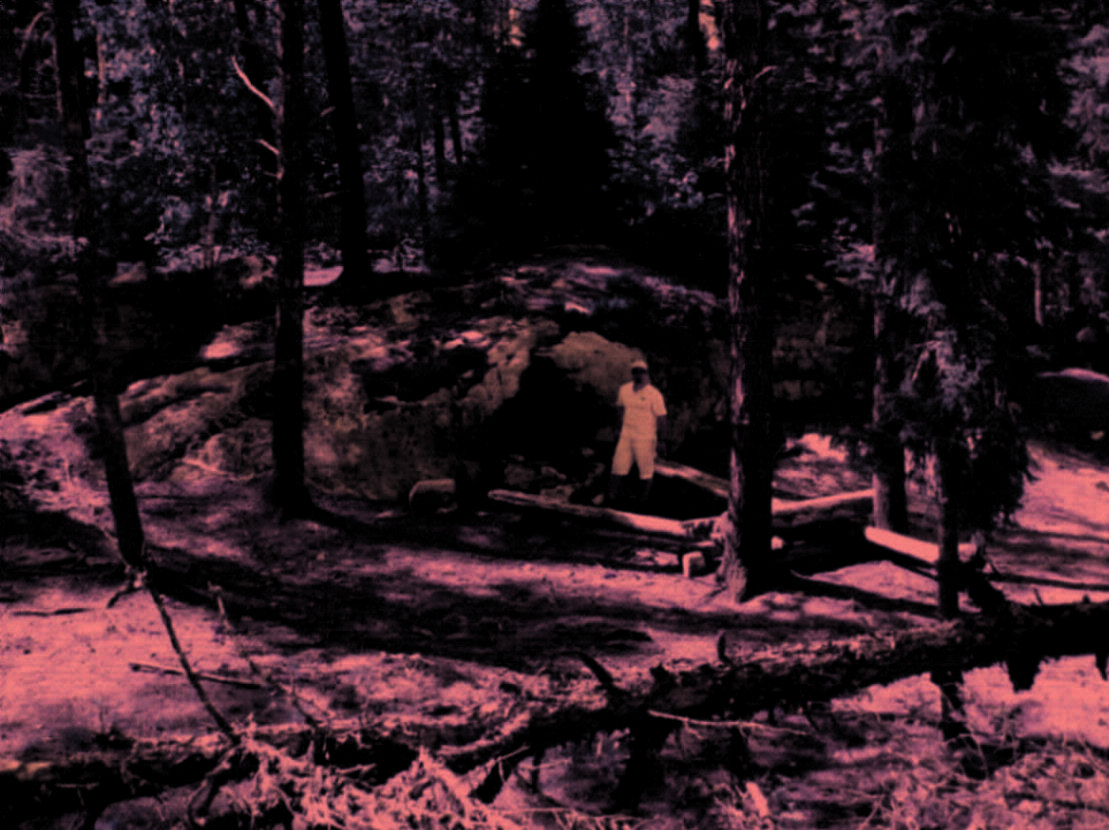 The three short portages that lay ahead were even worse than yesterdays. At the end of each one we paddled with much determination to escape the swarm of mosquitoes. 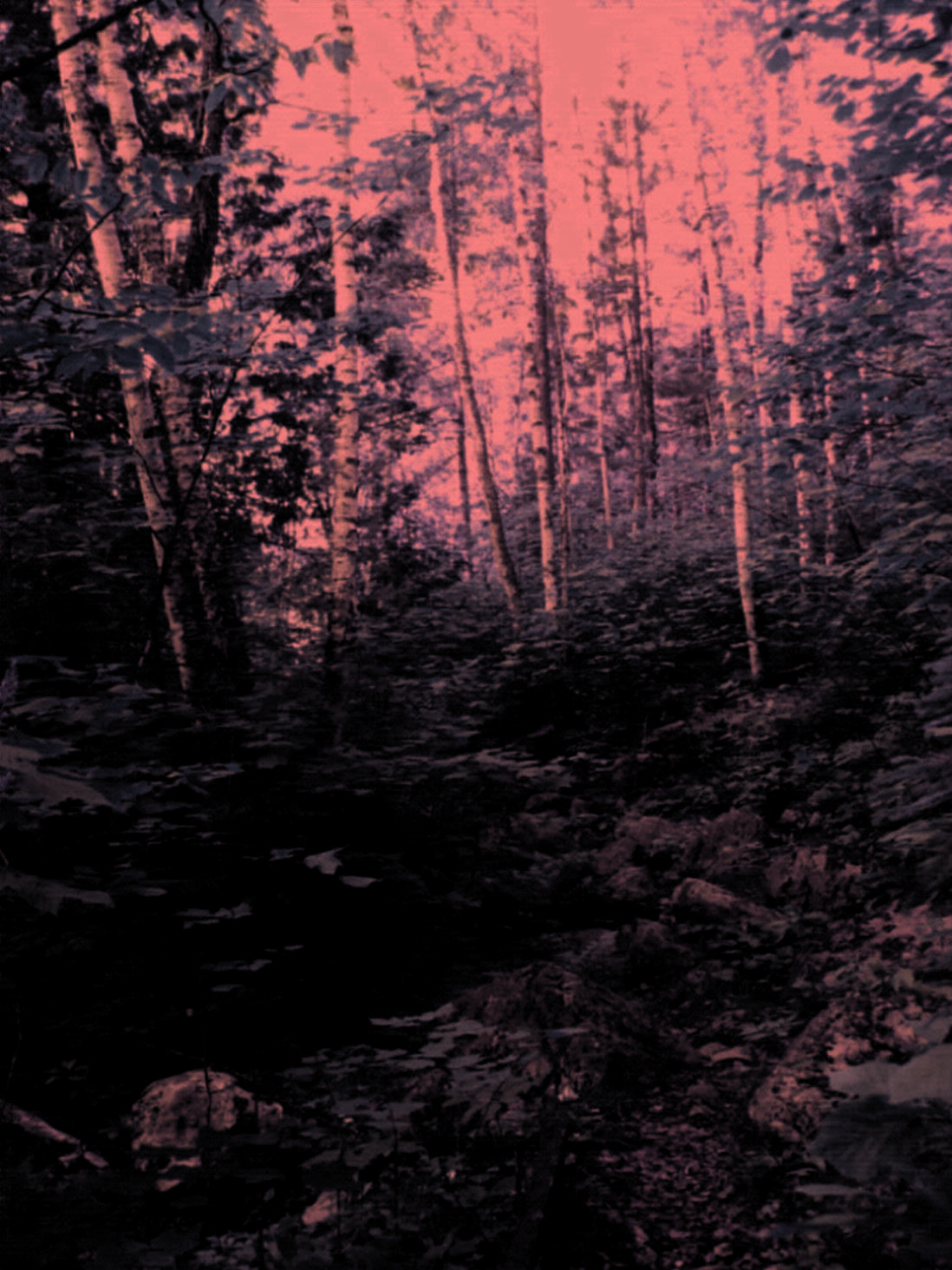 Once on Kawnipi we trolled and quickly brought in our first fish, a northern pike, he will join us for dinner, so I thought. 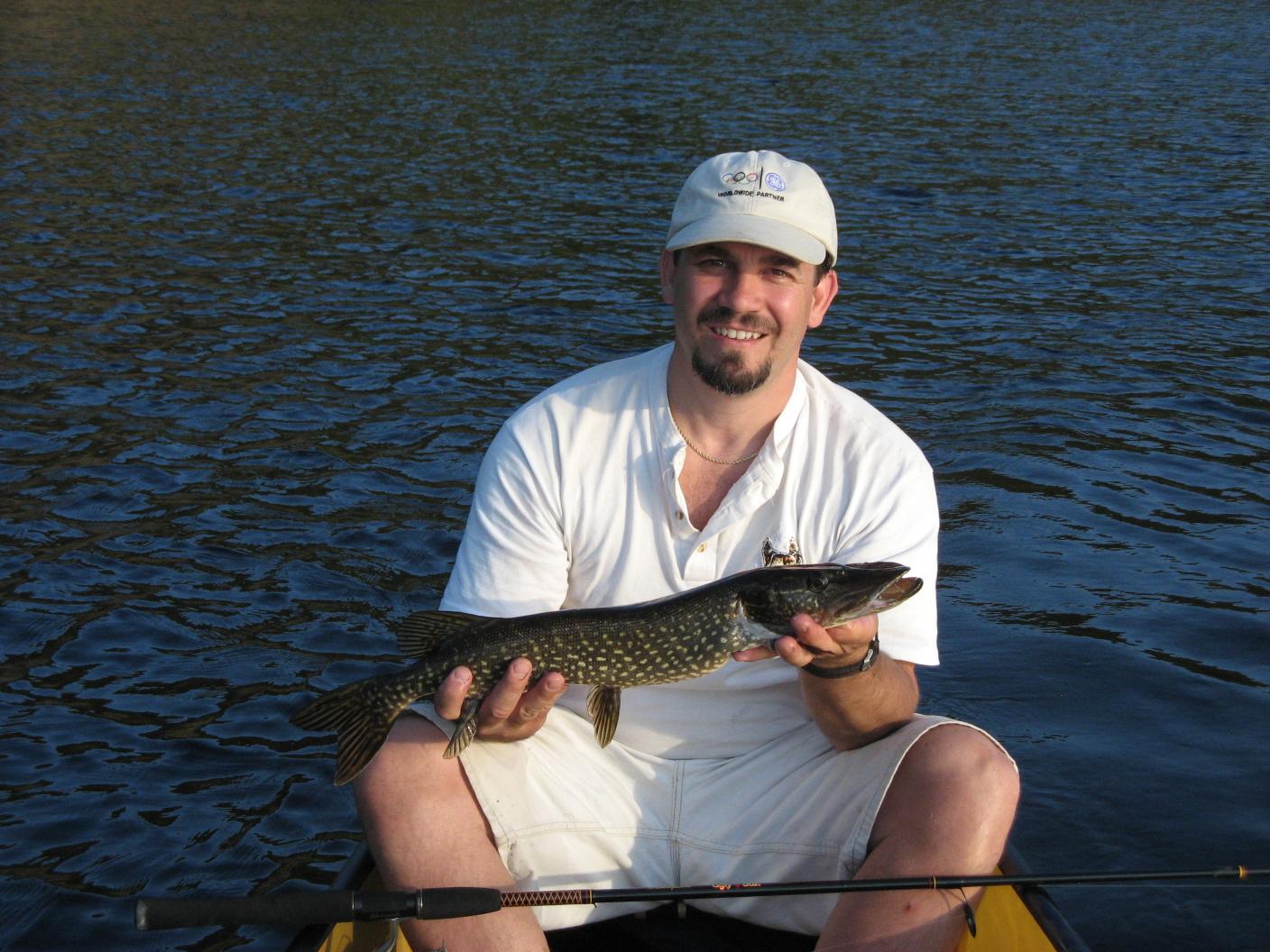 A couple miles ahead was the south end of Rose Island where we set up camp.

While Dusty was gathering firewood, I paddled a few hundred yards away to clean the fish on a flat rock along the shore; a good practice when wilderness camping, especially in bear country. At this point, the fish had been floating upside down for some time on a stringer trailing the canoe. I flopped him on the rock and removed the stringer, went back to the canoe for the fillet knife, he just laid there, and when I was just about to make the first cut, he flipped-flopped into the ankle deep water right side up, ricocheted between the large rocks, hit the open water and left me and my fillet knife standing there, and he never resurfaced. Nicely played, he obviously had other plans for dinner. Not to worry though, last bow season in Wisconsin I crossed paths with a couple of deer that were a little less fortunate. Back at camp, the venison tenderloins we had packed in dry ice had just thawed and were about to join some garlic mashed potatoes for a dinner in front of a beautiful sunset. 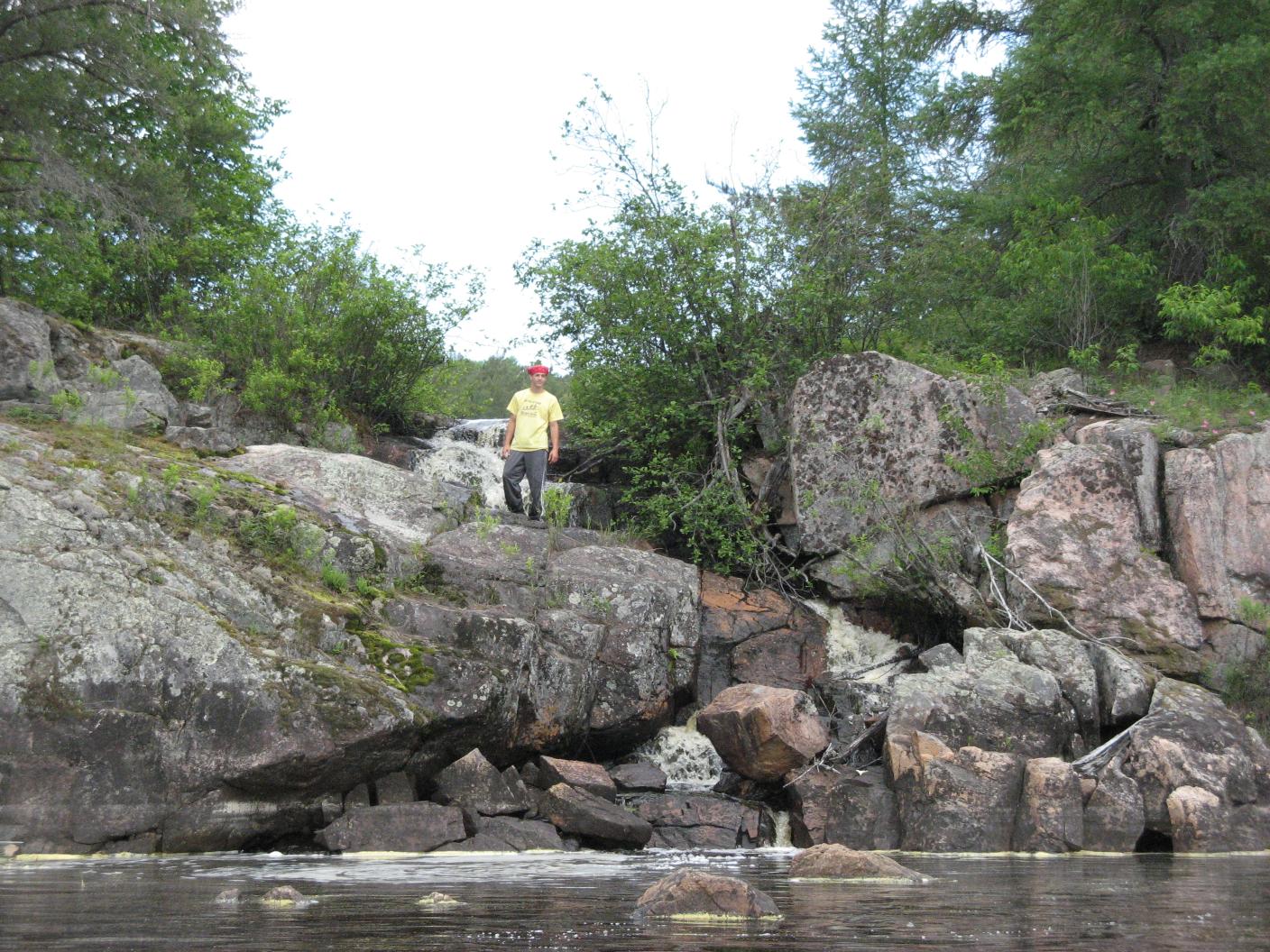