We had only a short paddle to the first of 3 portages along the Kawishiwi River leading to Koma Lake. Again all of the portages were in good condition, with rare muddy spots. With the rains to come conditions certainly may have deteriorated. On the third portage, some 120 rods we encountered a momma Merganser and her 7 chicks. The chicks scurried along and tumbled down the root stairs of the portage which was quite amusing! Momma flew off when she saw us but eventually everyone reunited on the water.

Thursday was another day of dodging rain. We paused to fish briefly below the falls on Malberg and hooked up with a couple bronze backs but we needed to keep moving. Our goal for this evening was to setup base camp on the Kawishiwi River northwest of Malberg and day trip/fish from there. We made our way through the Malberg narrows and encountered a few anglers who reported little fishing success. In preparation for a strong-ish wind from the NW we stopped for a sandwich lunch on the southern point campsite of the west arm of Malberg. We made easy work of the Malberg wind and short portage into the river. The skies parted and we paddled downstream to the island in the middle of the Kawishiwi River hoping to find vacancy. And we did.

We setup camp on the northern island site and it proved to be a great home for the next 4 nights. The site featured three large tent pads, a shore-edge rock outcropping perfect for fishing or pumping water and views of the western sky.

Between squalls we got a chance to get out fishing. Shady hooked up within seconds (literally) of commencing our troll. A nice eater waldo. We picked up another smalleye trolling the bay but our real goal for the evening was a cache of firewood. We struck the firewood jackpot and discovered enough dry cedar wood for a little cooking and 4 nights of campfires. Back at camp the cook whipped up a delicious chicken, stuffing and mashed potato dinner. I’m stealing this recipe! The rains held off the rest of the night and we had a beautiful cool night for a campfire. We were anxious to get out on the water and really pound the fish the next morning. 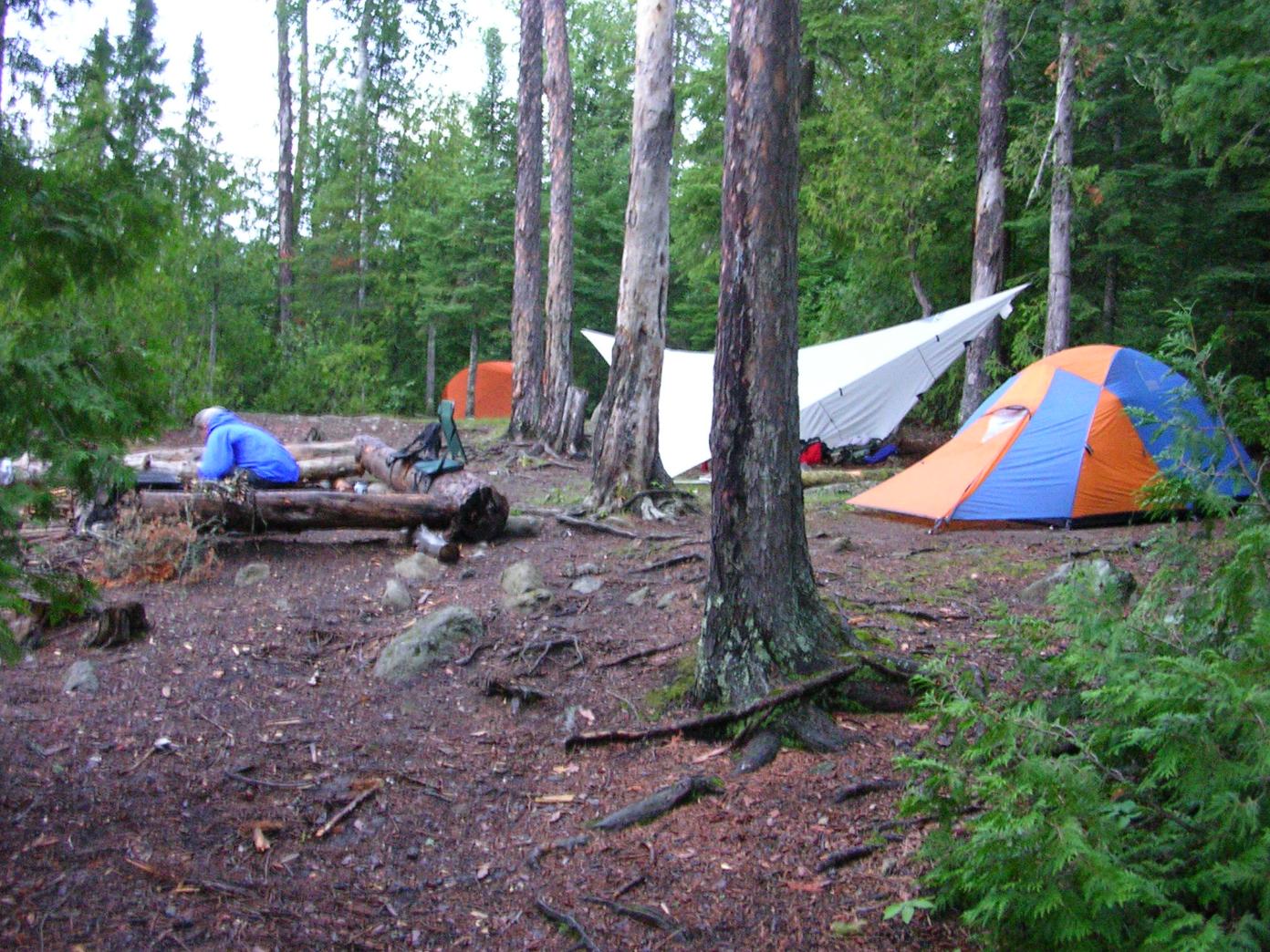