Trip Type: Paddling Canoe
Entry Date: 07/18/2007
Entry & Exit Point: South Kawishiwi River (EP 32)
Number of Days: 5
Group Size: 4
Trip Introduction:
We got lucky with perfect weather for this trip. We went through S. Kawishiwi, Clear Lake, N. Kawishiwi, then back through S. Kawishiwi. This is my first report so it may have gotten a bit wordy. enjoy!
Day 1 of 5
Wednesday, July 18, 2007

Day one started out pretty by waking up at the Lakeland Inn and heading out to get some breakfast in Ely. Soon we were watching the video at the ranger station and had our permit in hand. Later on in the trip, I would wonder if some people even paid attention to this video. Cheesy as it may be, it does lay out the rules pretty well.

We reached the entry point for South Kawishiwi River about 9:00 am. We went about our portages a bit differently this year. In years past we had always had to have at least a few people run back and double portage to grab the last pack (usually the heavy food pack). This year we used two equipment/gear packs, and two 30L barrels with harnesses for the food packs. By splitting up the food pack into two lighter packs, my brother and I were each able to carry a barrel and a canoe, while the girls each carried an equipment pack. Being able to single portage for the first time was great.

We were soon on the water and heading up to Clear Lake. This must have been a popular boyscout week as we ran into our first group at the first portage. They were scraping and pin balling their way through the rapids as we hiked over the short portage. We continued on up to the 70 rod portage into Clear Lake. This is where things got interesting. I have never, ever seen so many canoes at a portage. Pulling up to the portage you’d think there was some sort of contest to see how many canoes and packs could fit in the landing area. These groups were clearly experts of this game of canoe tetris. We waited patiently as two groups of eight worked their way out of clear. One was a boy scout group that looked a little disorganized. I felt bad for one of the kids as he was clearly not having the best time as he carried two paddles at a time across the portage over and over. I would think of him later on as well. The unfortunate part was the group of 8 guys going into Clear Lake ahead of us, decided they weren’t waiting so pretty soon you had about 8 canoes and 16 people on the trail at any given time. Then, just as I thought things were going to clear up, another group of 4 people come walking out! Everyone was double and triple portaging, and not in an efficient manner. After awhile I had no idea what belonged to who, and I half expect that some of the groups ended up with new people in their paddling groups. Everyone was nice though, we chatted a bit with everyone and I received lots of compliments on my newly completed cedar strip canoe. We waited for about a half hour just to land our canoes. I had to remind myself we weren’t really on a schedule and that this trip is for relaxing. Luckily, this is the last bit of congestion we would face.

We made our way to the Northeast site on Clear Lake and it was open and after checking it out we decide to call it home for the next two days. After a quick lunch we set up camp. The camp was pretty nice, open, with a huge rock outcropping right in the middle and at the fire grate. It had great views of the lake. However, the previous tenants had cut down several live trees and left them and a bunch of 4-5’ pine boughs laying around the site. There were so many wood shavings I was wondering if they had whittled a bent shaft paddle out of a 20 foot tree. I carried all of this back into the woods and tried to tidy up as best we could. My brother and I headed out to do some fishing to waste the afternoon away without much luck. Soon it was a dinner of B-Dub pizza, followed by some wine and a little scotch to cap off the night. Some thunder started rolling in, so we headed to our tents about 9:00. It rained a bit that night, but nothing major. 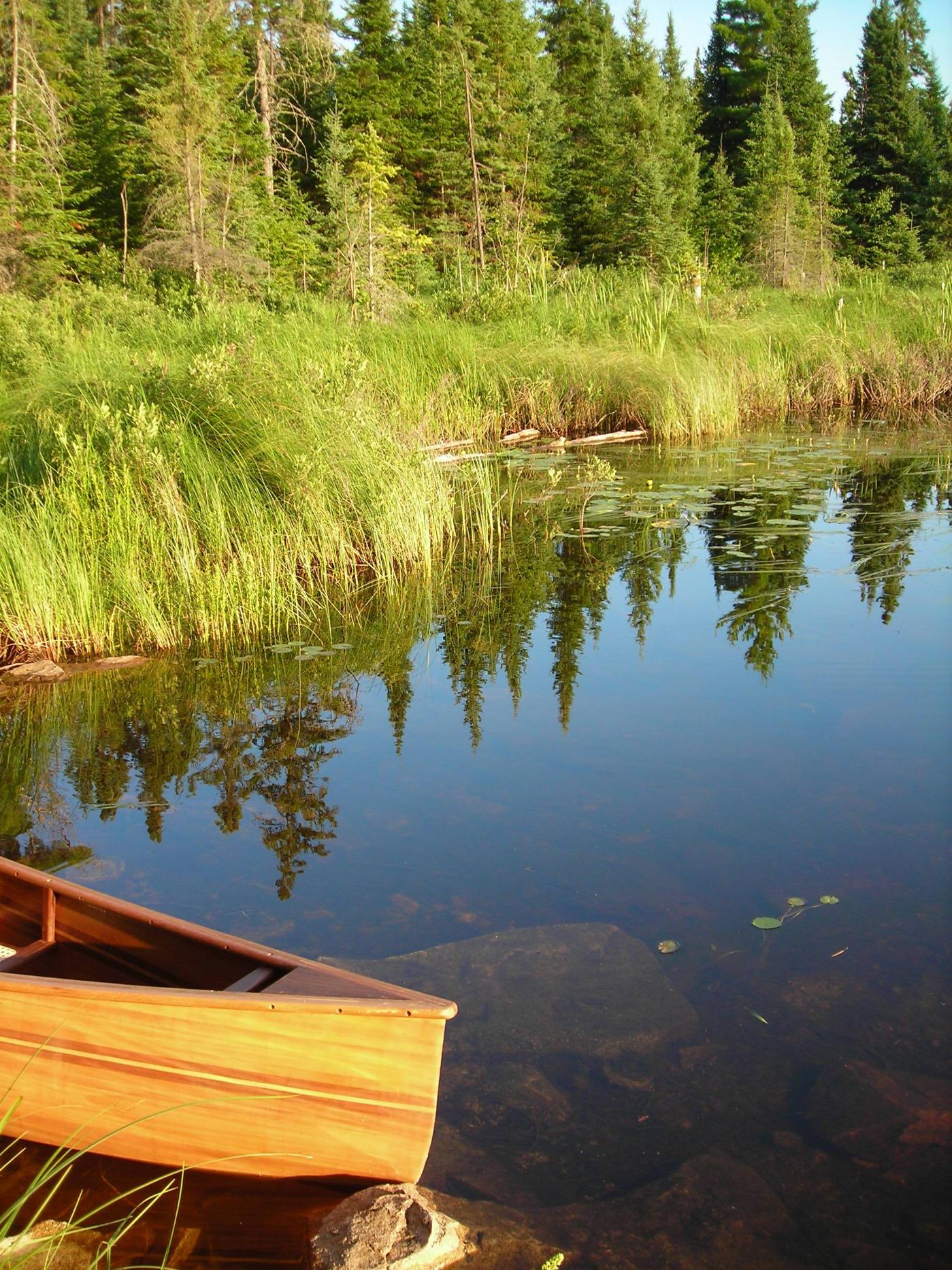 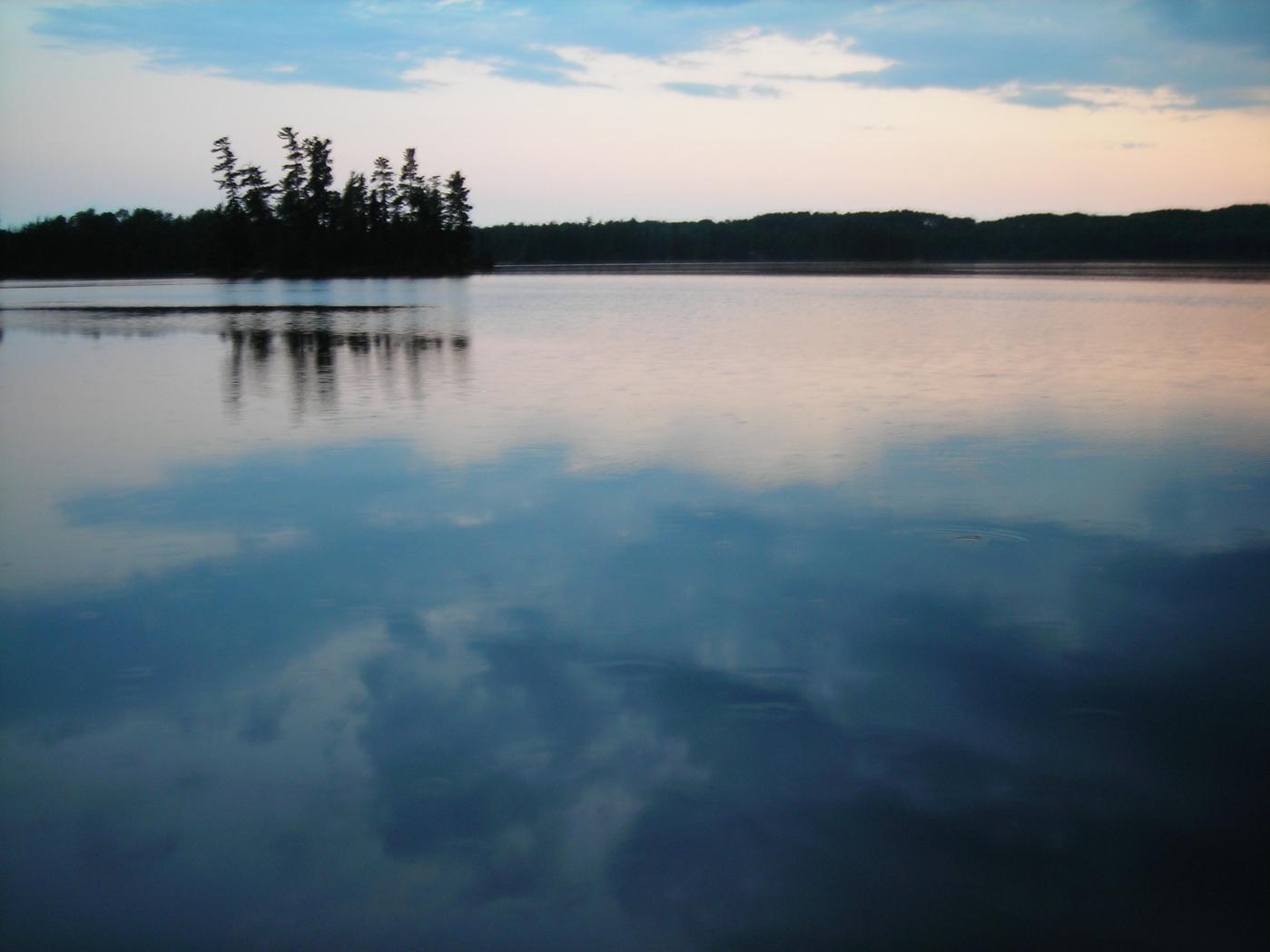 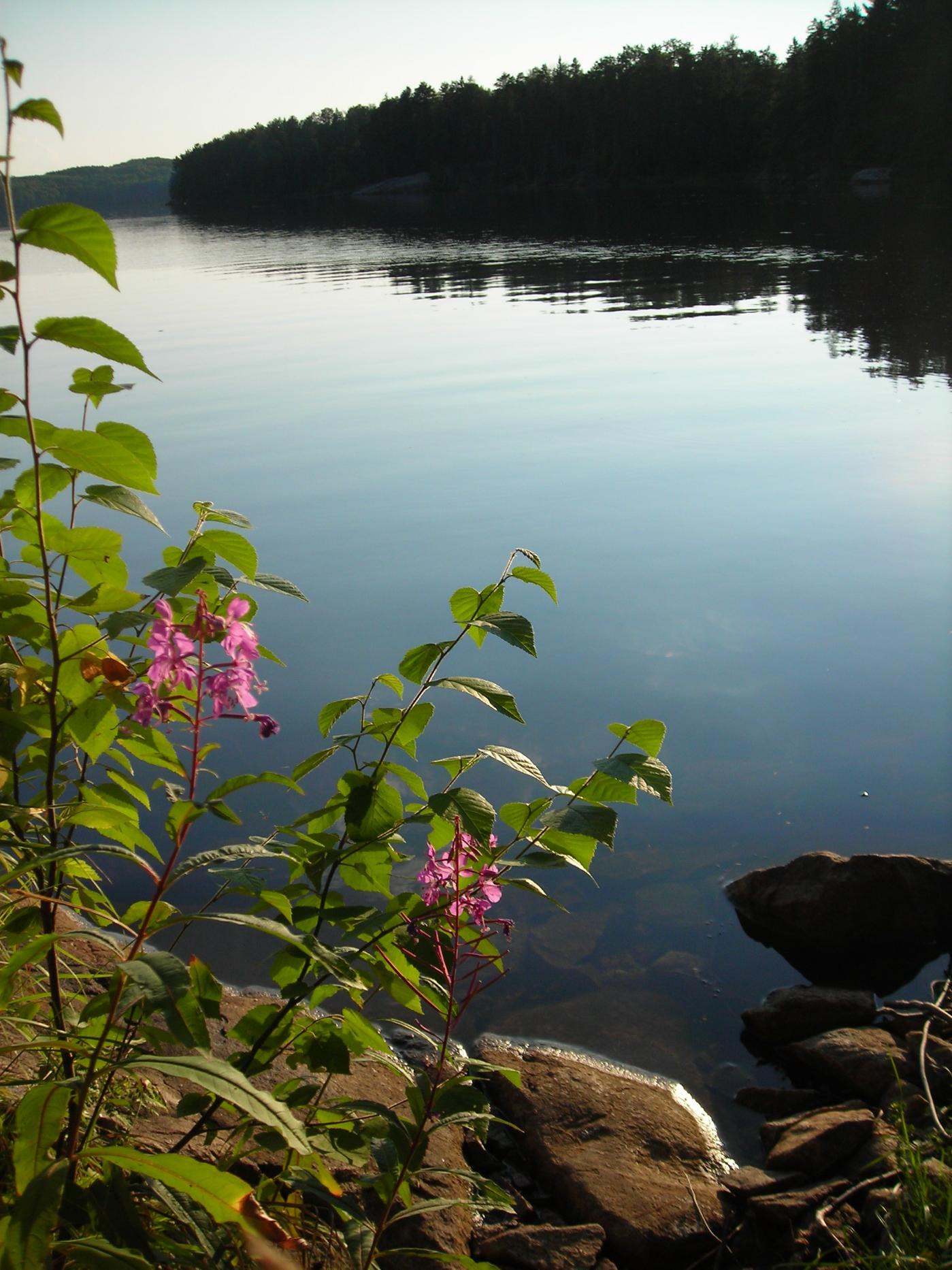