My eyelids fluttered at what sounded like a very large bird swooping into the water over and over again. I sat up and peered out of our tent to see a bald eagle continuously swooping at the water. I woke Kevin up as we silently watched this magnificent creature scan for prey. After about five or ten minutes, the eagle flew off with a fish clenched in its talon. We would find out later that the YMCA group had a 4lb Walleye on a stringer that the eagle claimed as its own. Kevin and I made some Strawberries and Cream oatmeal for breakfast, packed up camp, and got ready to head out. We thanked our gracious hosts once more and then set out back up to the top of Caribou. Our goal was to base camp and do some fishing. We had heard that Caribou was great lake for Walleyes and small mouth bass. The paddle back to the west side of the lake was long and rigorous due to the wind. We were delighted to find that the "middle" campsite was open! We explored the site to find a large expansive open area that was well sheltered. There was just enough wind that the bugs were almost non-existent. We found the flattest spot for our tent and began to set-up camp. The cool breeze was constant and was a great contrast to the hot August sun. Kevin and I were still very tired from the day before so we both decided a nap was in order. The weather was so beautiful so we laid our sleeping pads and bags outside and soon dozed off. I woke up to a snake slithering by us that startled me a bit. Kevin slept for quite a while while I just sat in solitude taking in the sites around me. The power nap was just the ticket to rejuvenation. We both were well-rested and ready to try to fish. I had never gone fishing before so I was excited to try my hand at it. Kevin showed me how to cast and reel and gave me some other pointers. We set out in the canoe and fished for about an hour. We were both unsuccessful. I did manage to reel up all sorts of seaweed though and a large stick... The rest of the day was pretty relaxing. We swam for a bit, explored a few trails around our site, and then watched then paddled out into the middle of the lake to watch the sun set behind the majestic bluffs. 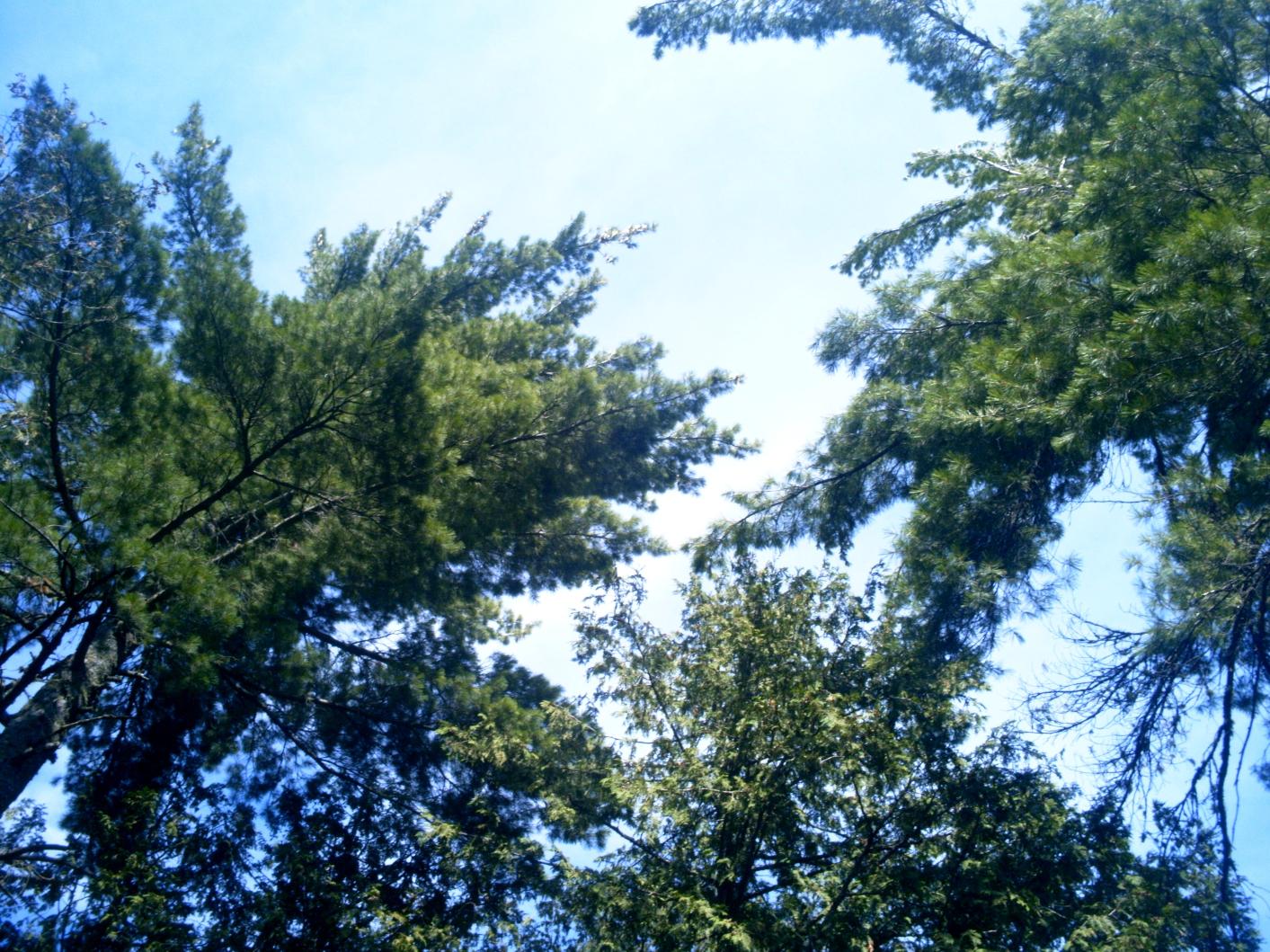 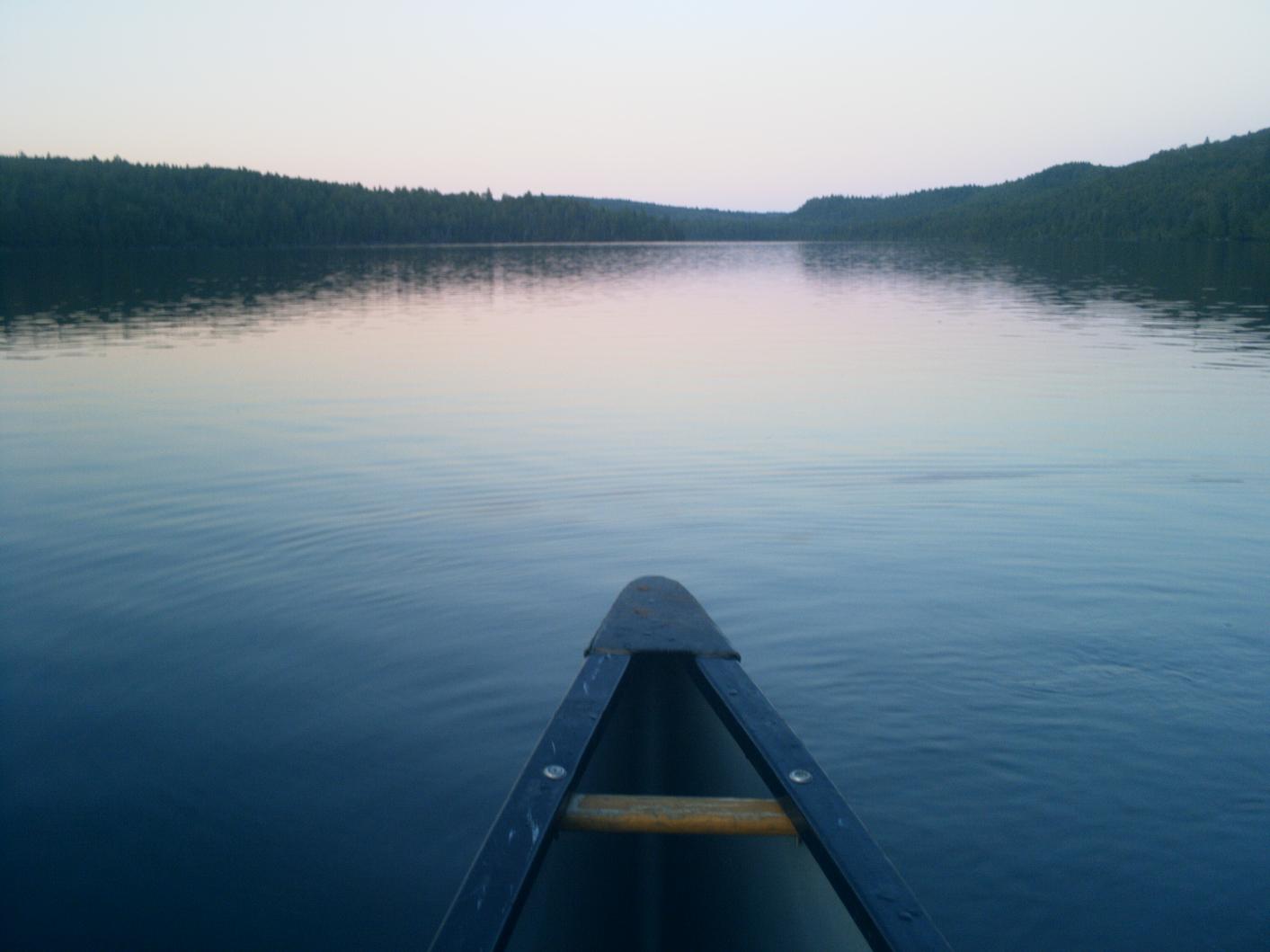 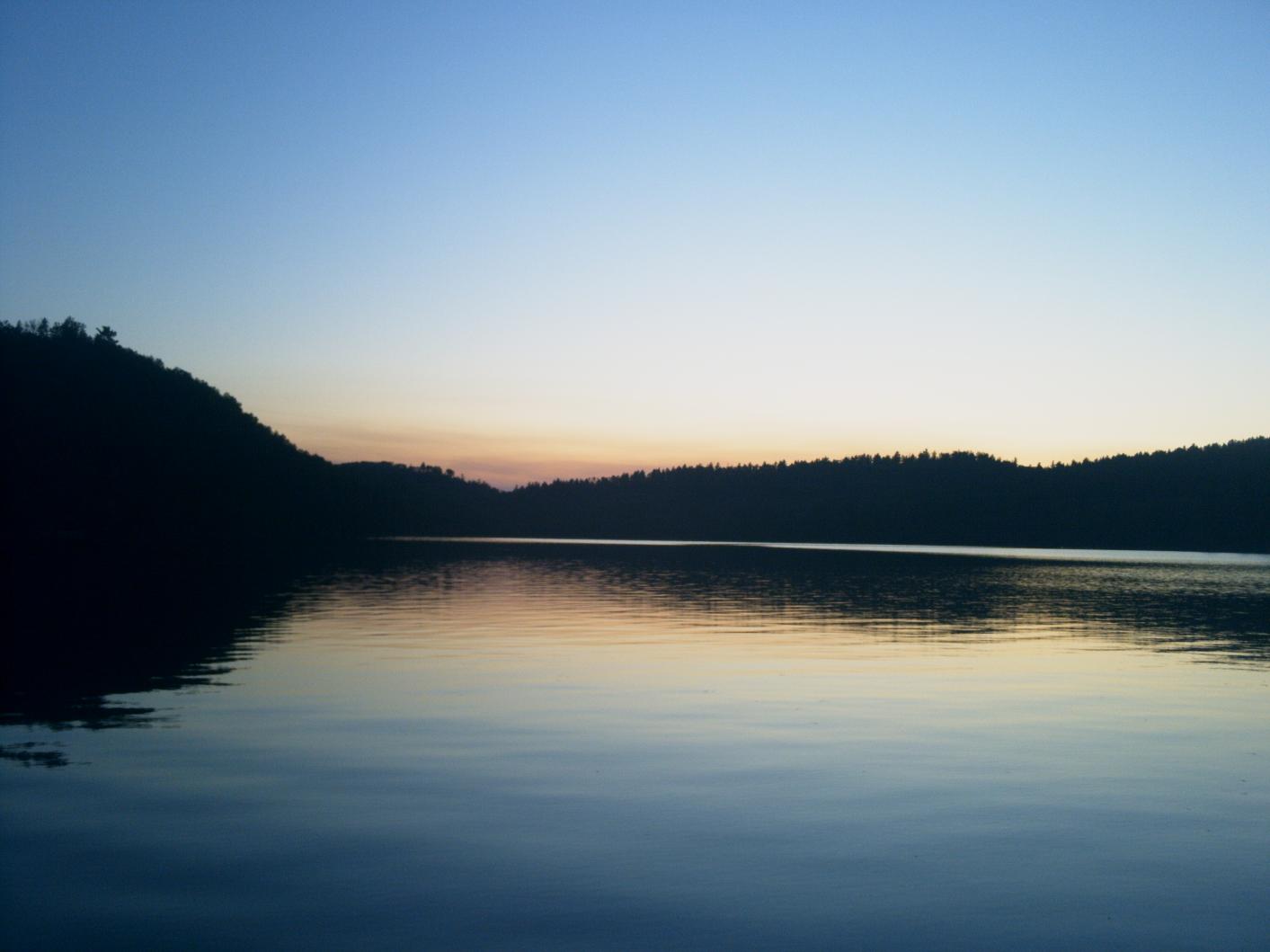