I woke up about 4:00am and finished packing up the last few things I needed. Pretty soon the car was loaded and I hit the road. Oddly enough the power was out that morning in our neighborhood, so I got a headstart on getting by without power:)

After several coffee stops and breakfast along the way I pulled into Ely around 9:00 am. I picked up my permit and chatted with the rangers for a few minutes and headed out. I decided to stop at Voyageur North and pick up one of their used Kondos packs while I was in the area. Then it was off to Lake One.

I got everything unloaded and down to the landing and parked the car. A group there was learning how to paddle from a guide and I said a quick hello and was off. I think it was getting kind of late, maybe 11:00 or so by the time I was on the water. I wasn't planning on going real far so I wasn't too worried about getting going late. My goal was to get to Rifle Lake and spend the night there. This was my first trip in my Bell Magic and I gained confidence with every stroke. There was a bit of wind to deal with, but once I got it trimmed right I didn't have any problems. This is also the first trip I had my new waterproof digital Olympus camera with, so I took a ton of photos.

Here are a few on the Lake One/Two area on my way to rifle. 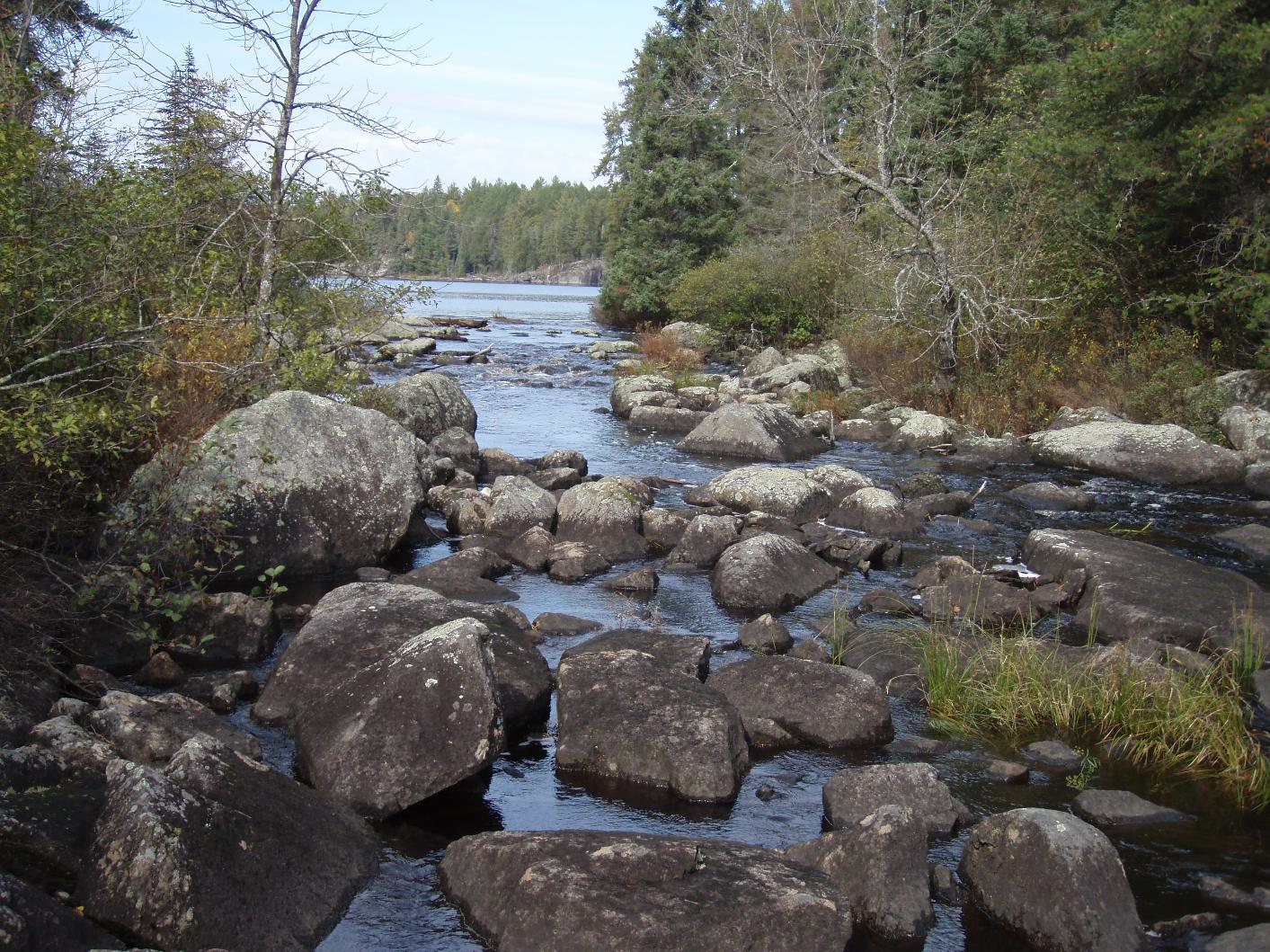 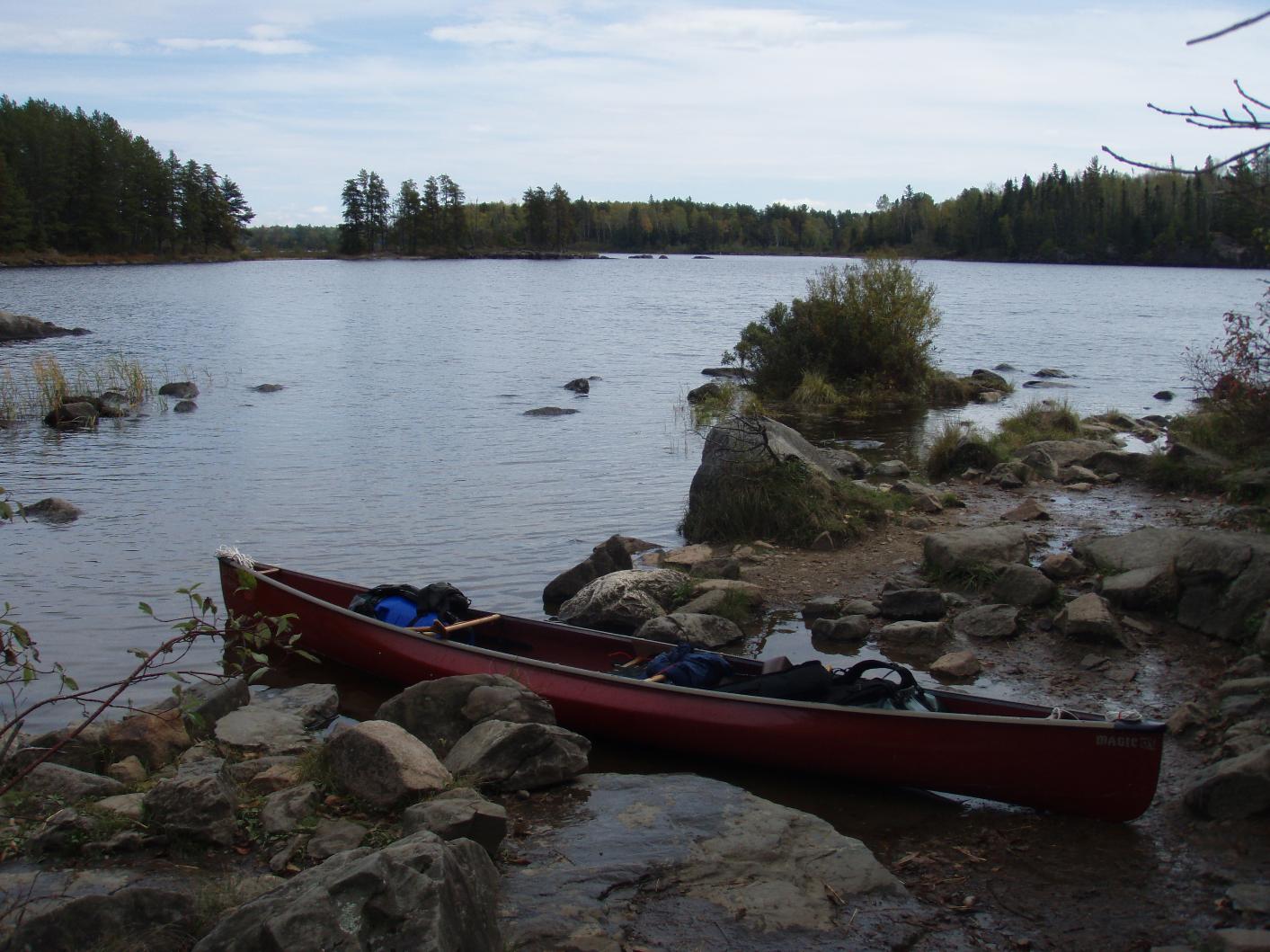 I had a bit of difficulty finding the Rifle portage, it was alot further down the shore than it showed on my map. The portage was a little bit rocky if I remember right, but not awful. Rifle is a very cool little lake. As I had hoped, the one site on Rifle was open so I took that for the night. I had been up since very early in the morning and was happy to set up camp.

After I got camp set up and found some firewood I sat there for a second and though "now what?" For the first time on the trip the fact that I was alone sunk in. It was a bit weird to be quite honest. I decided to break out the small backpack guitar I brought and play a few tunes. Soon the sun was going down and I was eating my fire cooked steak and sipping some Grand Marnier. I grabbed a book and passed the time away sipping, playing and reading. Great night. 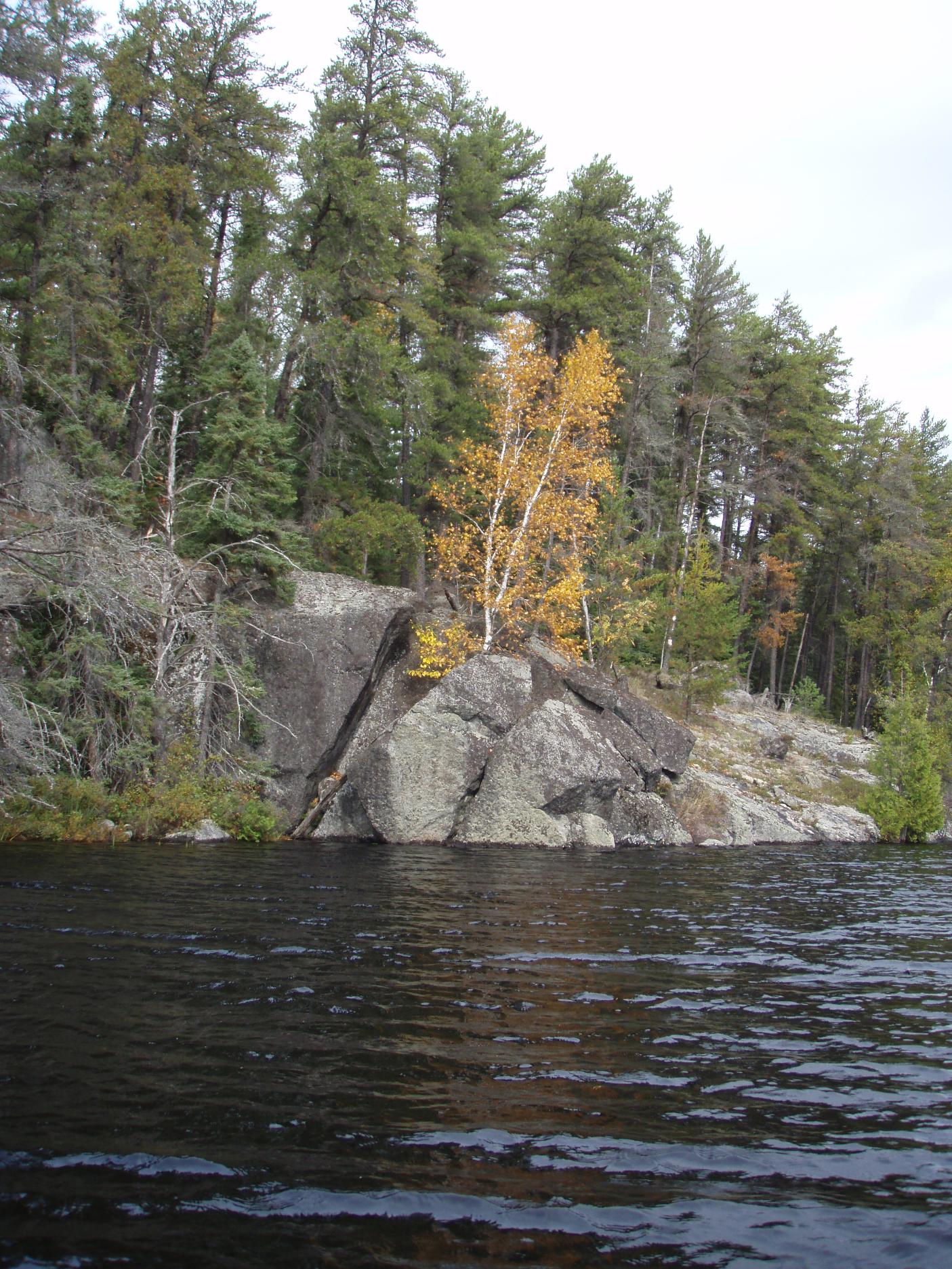 About 3am I had to water a tree and apparently surprised a beaver that was working on the camp's shoreline. He slapped his tale and, in my half asleep state, it startled the bejeezes out of me. I yelped like a cross between a Homer Simpson "Doh" and a school girl scream. I'm glad no one was around to hear it:)