Trip Type: Paddling Canoe
Entry Date: 09/09/2007
Entry & Exit Point: Kawishiwi Lake (EP 37)
Number of Days: 13
Group Size: 4
Trip Introduction:
We began to formalize our 2007 trip as we paddled in 2006. In that year, our destination was Boulder Lake from Lake One. Talk about saving the best for last, and then not having enough time to explore. There was one thing we all wanted, and that was to once again feel the country north of the Kawishiwi River around Boulder Lake. So, to Boulder (only bigger and better) was the goal for 2007.
Part 1 of 16
This trip really began in 2006, so fast backwards to calendar date September 2006 to find what lured us back to the country that is the basis of the 2007 report.

Our 2006 trip followed the “Interstate Highway” (Entry 30) called the numbered Lakes. The lakes are the fast path to the east (like an Interstate), and we were aiming for the “secondary” and “minimum maintenance” roads of the interior. The numbered lakes were pretty, but looked to be loved to death. The country took on a good feel after Lake Four with narrower portage trails and less-used campsites (except some on Insula).

The section of Kawishiwi River between Insula and Alice was a gem. The river was splendidly decked out in its fall colors, and there was hardly a whisper from the wind or us, and we slowed the pace and milked the route for every moment. We were feeling pretty good. So far, there had been plenty of nice vacant campsites. We paddled on, intent on reaching the “turn-off” for Trapline – Beaver – Adams. For sure an empty campsite will greet us there. WRONG.

No vacancy was the order of the day on the section of the Kawishiwi River NW of Malberg Lake. By this point, we were 12 miles into the day, it was 3:30 PM, and our stomachs cried food. At best we had about 3.5 hours of light left and this was not going according to plan. I had secret plans for this day (September 20, 2006), and they were to make a chocolate cake for my son’s 26th birthday (complete with candle and a special ration of “fire water”). We could not help thinking, why here? For the past many miles, there were no people. Why here? Duh, look at the map. These folks came in straight north out of the entry at Kawishiwi Lake, that is why.

After a small bit of adversity the day ended with a golden lining. We found a site up river from the pack (of people). The fact that we would have to back track down river the next day was no big deal. The cake did not get made, because I got in a huff when the stove failed (simple things cause great angst when you are tired). That was a big deal.

After dark, our day turned golden with the help from another pack (wolves). Never had I heard such a beautiful chorus and harmony. I could feel the hairs on my neck, come to attention, one by one. As fast as the serenade started, it stopped. We stood there in silence. The fog on the Kawishiwi rolled in, and dampness penetrated. We rolled into our sacks, and that moment set a desire to return to this same country in 2007 (but not by Lake One).

And with that, fast forward to year 2007. We had a grand plan to do a route shaped like a lollypop. The stick being the north-south path to Malberg from Kawishiwi Lake (and return). On top of the stick, was the candy; a circular route that would generally take us through Little Saganaga, Gabimichigami, Ogishkemuncie, Kekekabic, Fraser, Boulder, and eventually back to Malberg. In the first days of our 2007 trip, we reduced the size of the candy to a loop around Beaver, Smite, Adams, Boulder, Ledge, and Little Saganaga. In retrospect, I am glad we toned it down to spend time on lakes around Boulder, but we also missed the opportunity to paddle some grand country further north. 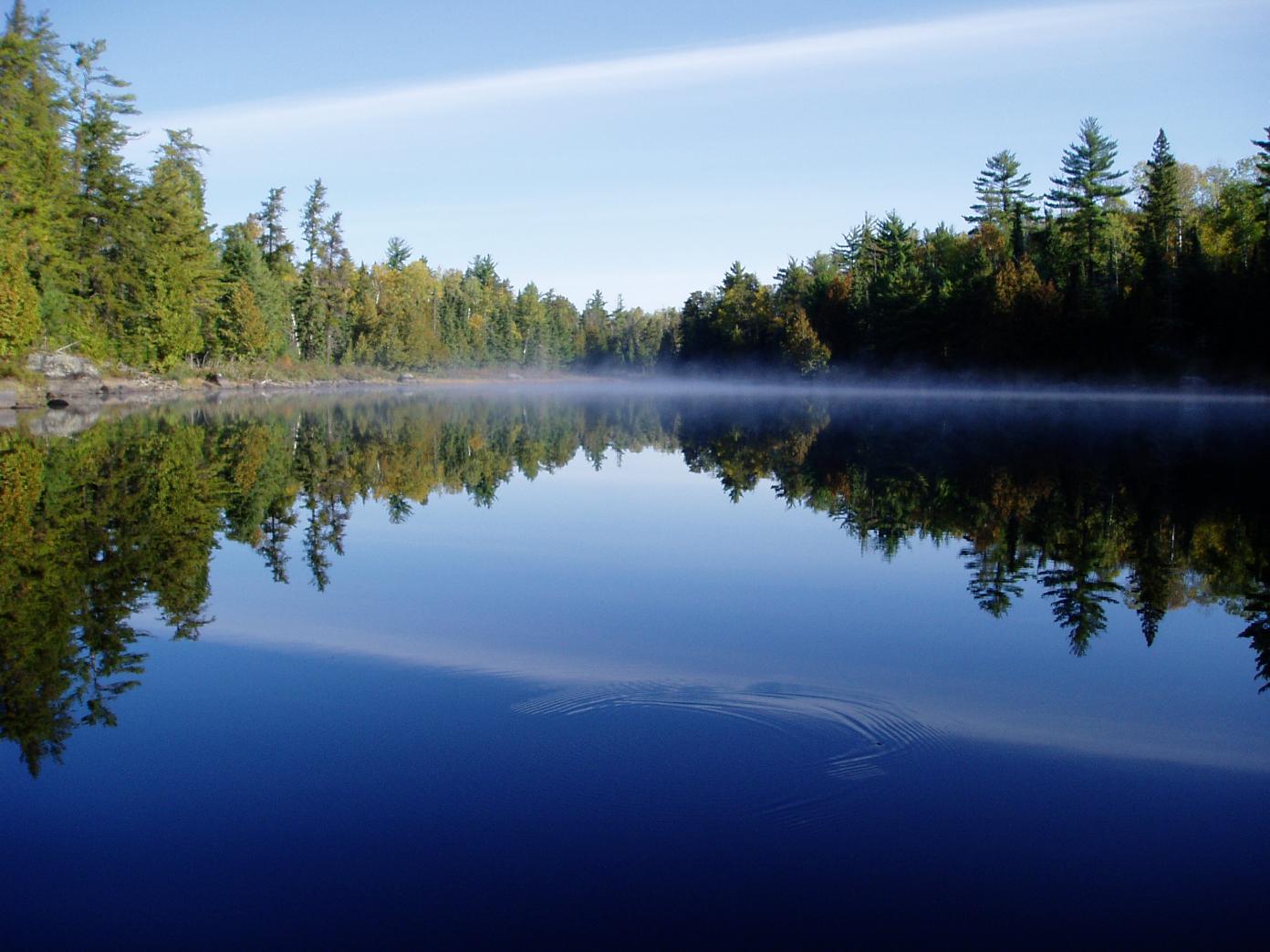 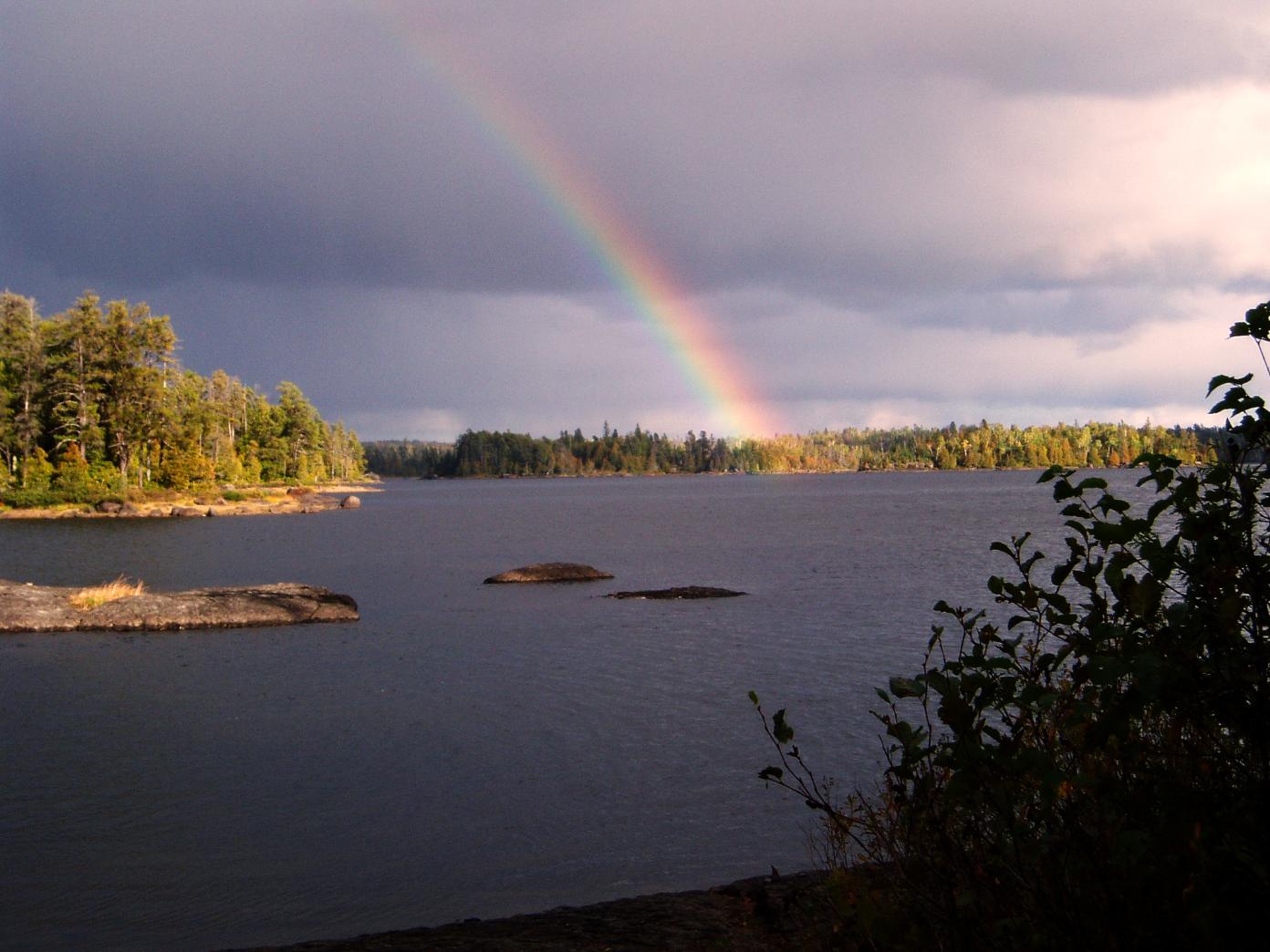