I didn't need to keep the fire going much past midnight- the air stayed plenty warm all night. We had the camp packed up and cleaned in pretty good time and started back to the EP. We met a guy who was out fishing along a point on Caribou Lake. He also had a Snow Trekker tent and had a nice setup. Big mug with hot coffee, a nice folding chair and a roaring fire in the stove. He told us a few fish stories about the pike in the lake, and informed us that the portage was a little steeper on the way out than the path that we took, but it was a lot shorter. He was right about that. 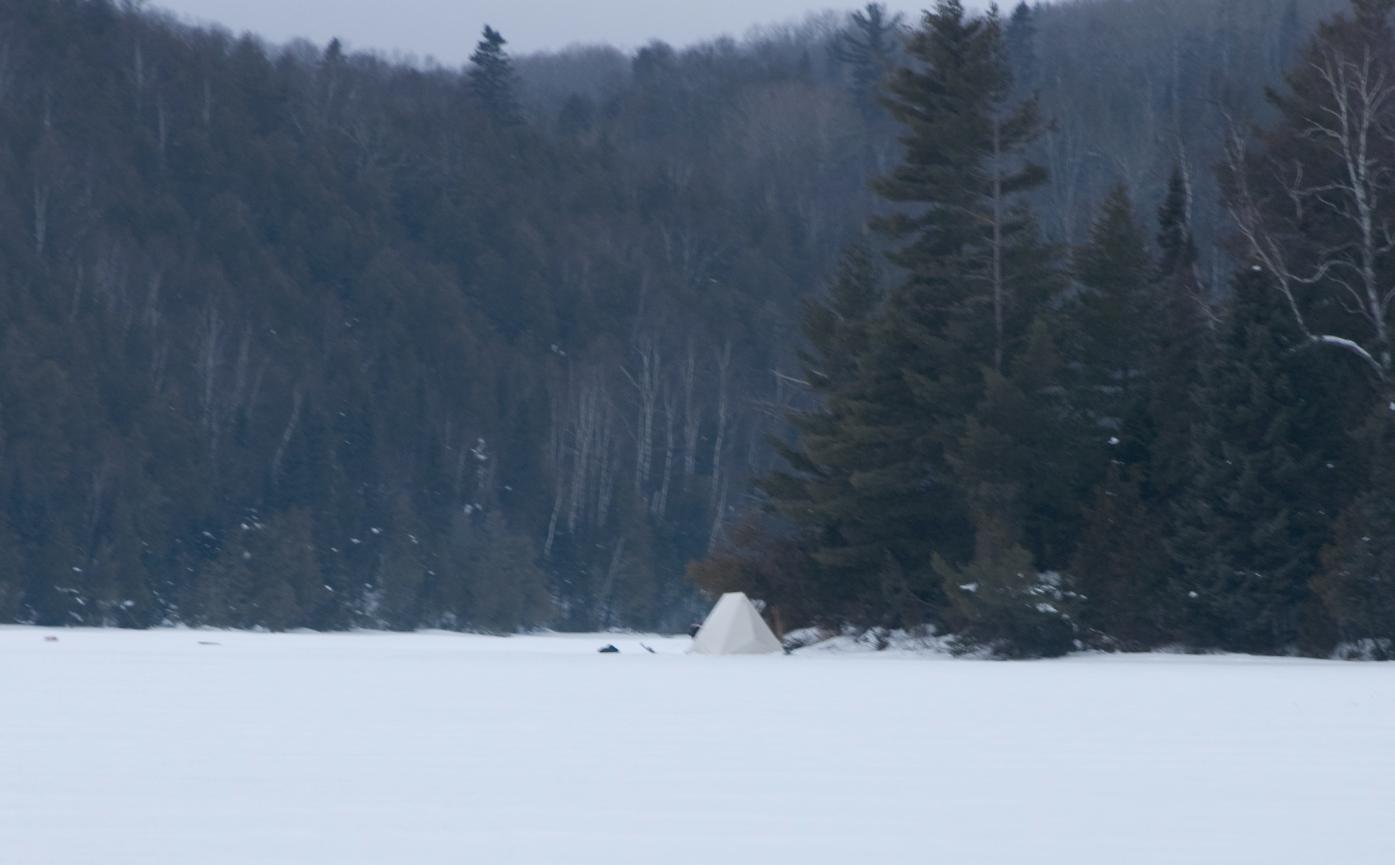 The truck was a welcomed site, we loaded up the sleds and gear and went off we went. Hard to believe that all that snow and ice will be gone in two months.

Heading back to down to Duluth to drop off our gear I got stopped for speeding, no front license plate (long story involving a snow bank) and no current proof of insurance. He questioned the gear that we had in the back and asked where we were camping. We told him and he sounded interested in the trip. The fine officer let me off with a warning for all three violations. What a great way to end a trip! 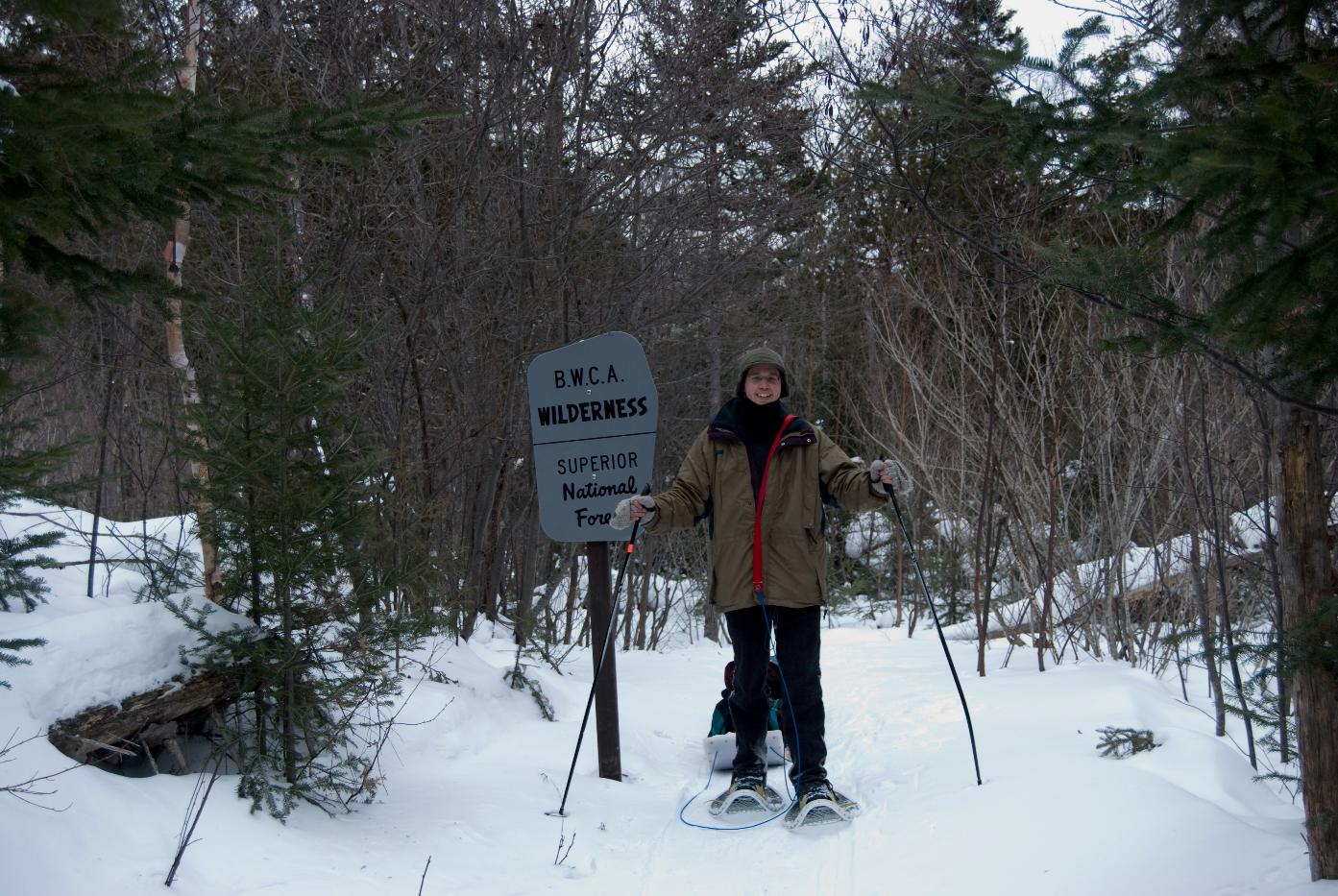 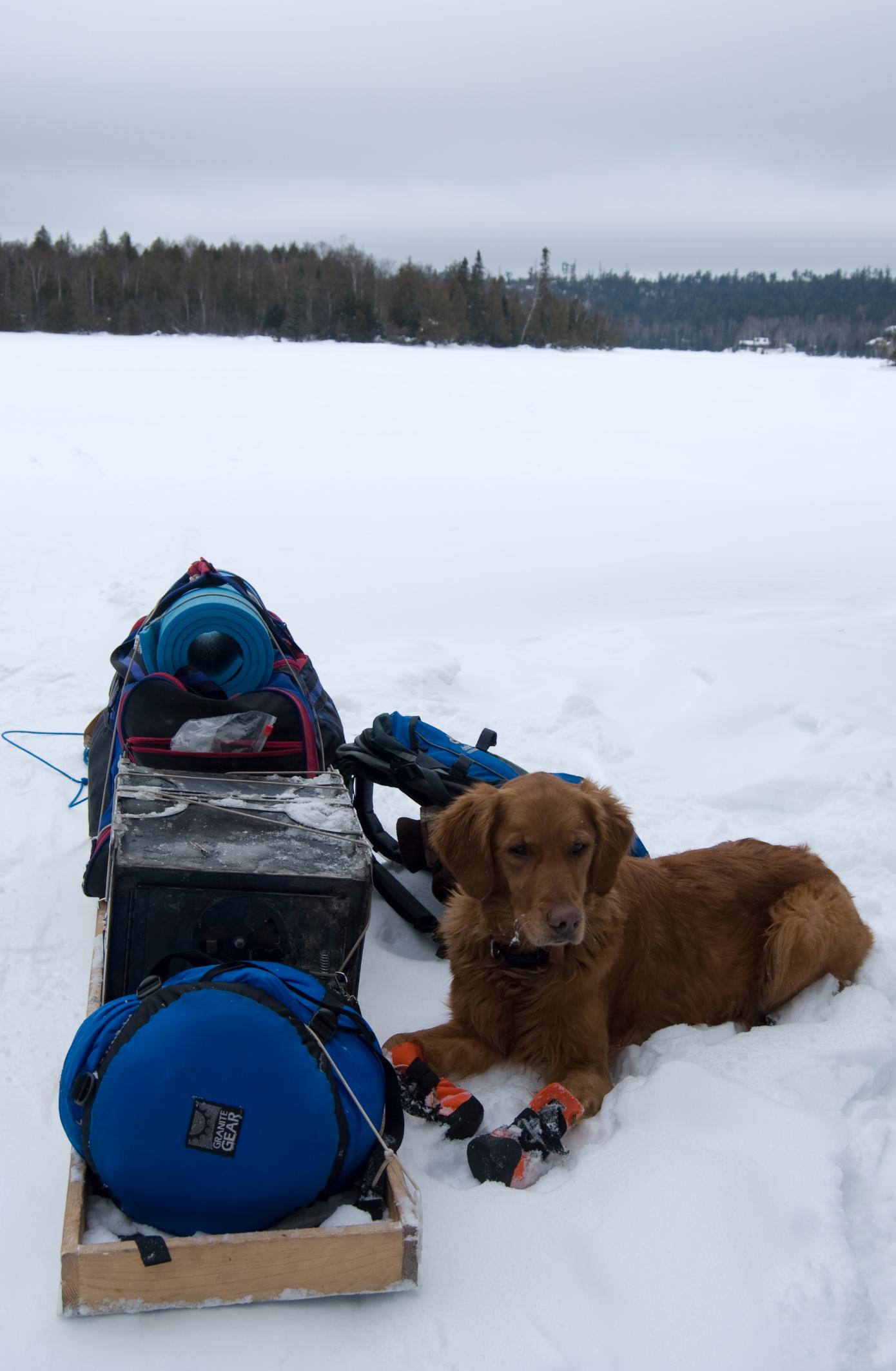