Glad I found this topic. I am a guitar player and love all things guitar. Thought I would share some bands that you may enjoy.

The Bridge - from Baltimore

Some of my favorite bands come out of NOLA:

Nice, I liked the Kendal Street Company and Bridge from Baltimore the best.

May the rivers be crooked and winding, and your portages lonesome, leading to the most amazing view.
Print Top Bottom Previous Next
Wharfrat63

The Bridge is no longer, but their frontman, Chris Jacobs still tours.
Print Top Bottom Previous Next
inspector13


Fish Head music was big in the Twin Cities in the mid to late 80s. They kind of faded away here once grunge became popular.

Warfhrat, do you have any youtube videos of your playing?


May the rivers be crooked and winding, and your portages lonesome, leading to the most amazing view.
Print Top Bottom Previous Next
fraxinus

Thanks for posting, I'm always interested in regional bands, lot of good musicians and groups out there, nice to be introduced to them.
Print Top Bottom Previous Next
Wharfrat63

No vids of my playing...I get too nervous in front of a crowd of 1! Seriously, I am a basket case. hahahaha...

I really just play for me. Like I have read in some of the other threads: Played piano as a kid; Quit to play guitar in high school so I could meet the cool girls (hahahahaha) and then when I started real life after college I didn't touch it often. Until 2006, when I was dislocated from family because of Hurricane Katrina. Sitting alone in a corporate apartment, I decided to walk into a Guitar Center...I picked a cheap Taylor and began to play. I looked at the mfg date and it was the date that Katrina ran through my neighborhood, Aug 29th, 2005. It was a Sign from the Heavens. Bought the thing right then and started playing again to keep myself busy while away from the family. I named the Taylor 200, Katrina.

Well, once I was back with the Family...Old Katrina started to collect dust. Kids soccer games, work hassles, etc all took priority. Then about 3 or 4 years later I come across a unbelievable PRS Custom 24 with an Artist Top on the internet. I was mesmerized by its beauty. In a fever dream, I whipped out the credit card and bought it sight unseen. Then I went to beg forgiveness from my wife! What the hell did I do!

As part of the bargaining with my wife, I was going to spend money on real lessons and get decent on this thing.

It is funny how things work out: I go to the internet to search for a teacher, and I come across a guy who was working in the PRS Band and was a PRS demonstrator for the PRS factory in Maryland. Well, I bought a PRS...and He works for PRS. He has to be my guitar coach. It was good for a while, but good players do not necessarily make good teachers. I did get to meet Paul and some PRS Artists like Orianthi, Howard Leese as I go invited to a few PRS Experience weekends. So there is that.

About 5 years ago, I started teaching myself music theory. That opened up everything for me. It wasn't that difficult because I could relate music theory to all the "stupid stuff" that made me quit the piano.

Now a days, I just pick up the the guitar and work on some scales for 5 mins and then just let things come to me. I am constantly amazed when I create a progression or a melody out of nothing....Problem is...I can't recall what I did the day before,. Hahahaha...Short Term memory problems. Sometimes I will learn a song, but I have forgotten more songs than I know. Last ones I learned were the Dead's Bertha and Neil Young's Harvest Moon.

My favorite tools are a Line 6 Amplfi 30, Trio Pedal, Boss Looper Pedal and my PRS KL380. The Custom is collecting dust, but I can't sell it. I have a Taylor T5 also. I had to beg forgiveness a few more times over the years. Now, I call the guitars "Investments" for our future. She must like me!

I fooled around with digital recording for a bit...but I spend all day in front of a computer. Music is an escape from that.

Well, that sums up my off again on again relationship with guitars. 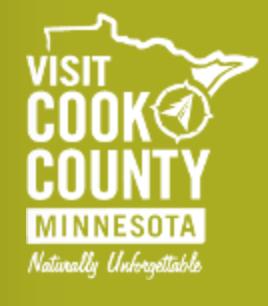