Trip Type: Motor
Entry Date: 02/07/2009
Entry & Exit Point: Other
Number of Days: 1
Group Size: 16
Trip Introduction:
I anticipation of the 2009 paddling season, Sotaman proposed a "Wing-night", a get-together at a local bar for bwca.com users and administrators.
Discuss Trip: View Discussion Thread (23 messages)
Report
I encourage anyone who was there to pipe in and claim their presence in an image. I admit I forgot who was who for several folks.

I arrived a little late, courtesy of REI and how hard it was to leave that store without spending at least another $100 on gear. I was picking up a backpack and getting it fitted, but they also just happened to have the tent footprint I needed, and a bike bag my wife wanted was on sale. Can you ever have enough gear?

I walked in to find the group fully engaged, and took a seat while introductions were made. It took nearly 20 minutes to get a beer, but the questionable service at Old Chicago did little to hinder the great company at our table, or our enjoyment of the evening. 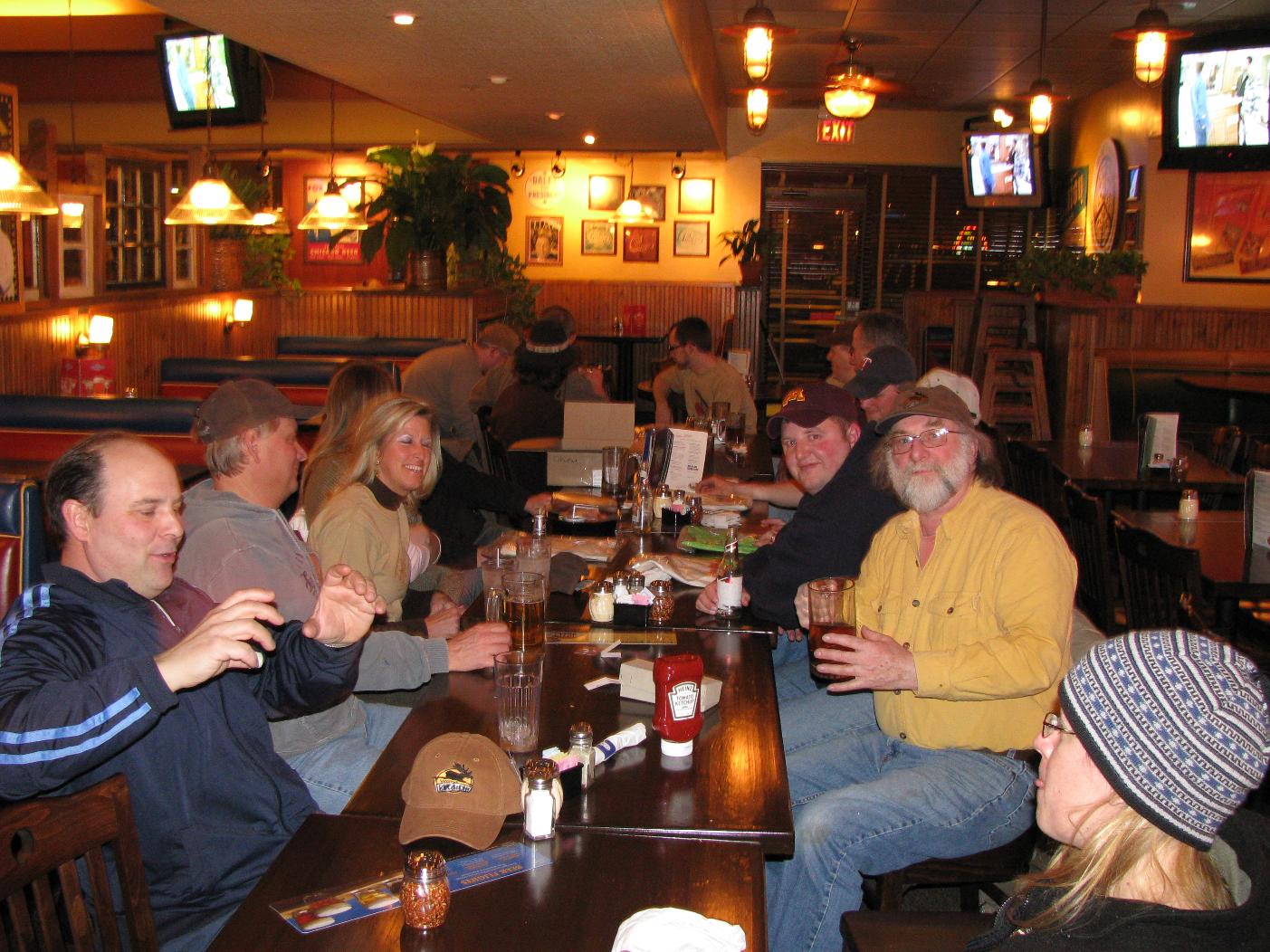 We talked about portages (the classic double vs. single), some specific lakes and routes, and the pros and cons of winter camping. Some highlights for me:

Several people concluded that covering lots of territory and fishing were not always compatible; some made a choice of one over another, while eglath noted his groups usually would stay 2 nights after hard traveling to permit some fishing time. 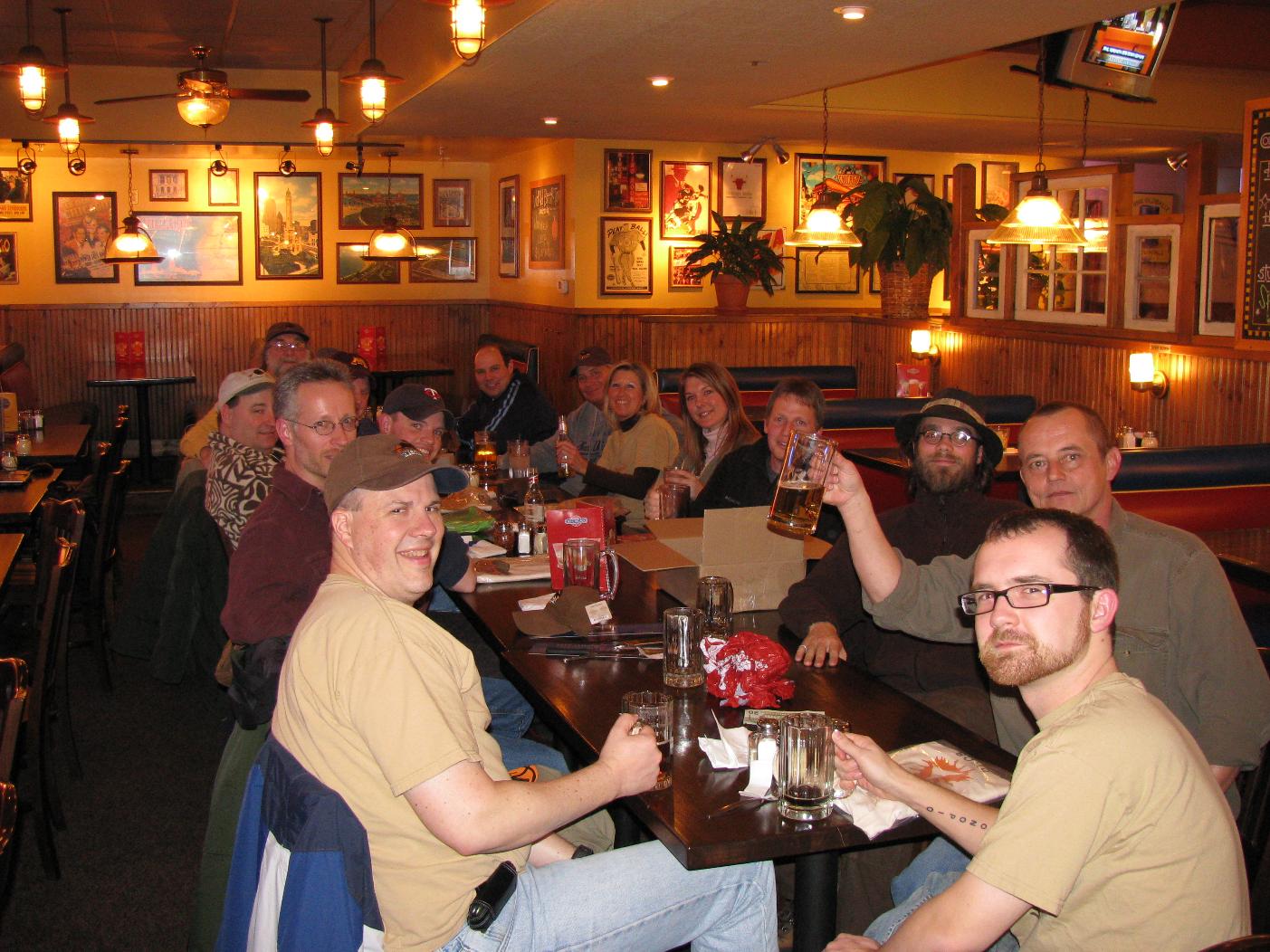 Adam brought lots of bwca.com hats and t-shirts to give away in a raffle. I wore mine proudly that night and the next day; they are awesome hats.

Adam also put together a small wooden table that folded into a flat package. Still pretty large to portage, but it had a nice look to it. 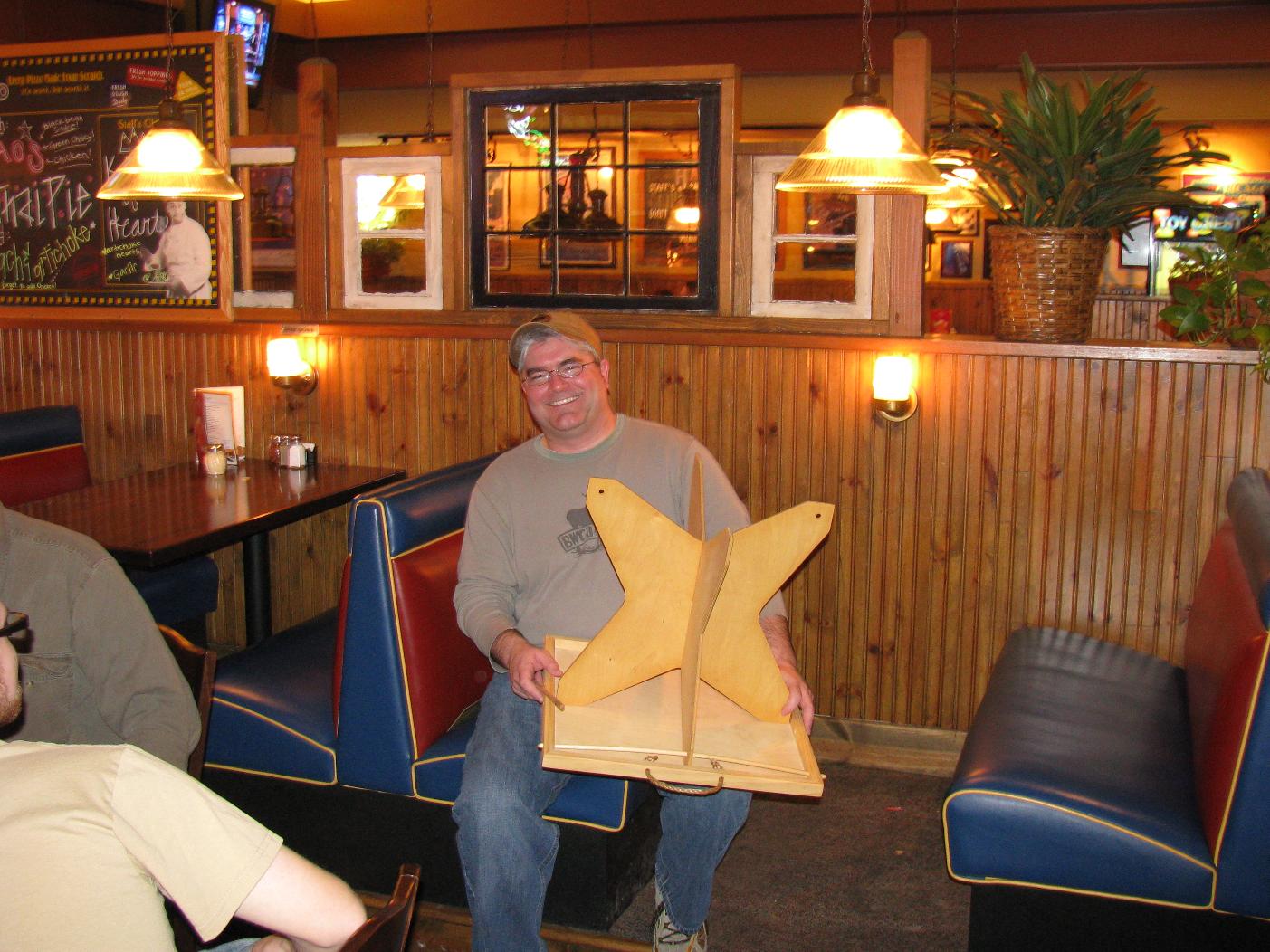 Kanoes and LT Sully got into it in a chat room. All in good fun.

WetCanoeDog showed off his Swiss Army stove, about the size of an electric toothbrush.

Trix discussed the absence of smaller lakes in her journeys, and vowed to explore some this year.

Cowboymac12 showed off some photos, and we talked about moose, bear, wolf and other sightings. Also talked about my upcoming trip to Big Bend, apparently another attendee is going next month, too (Who was that?). 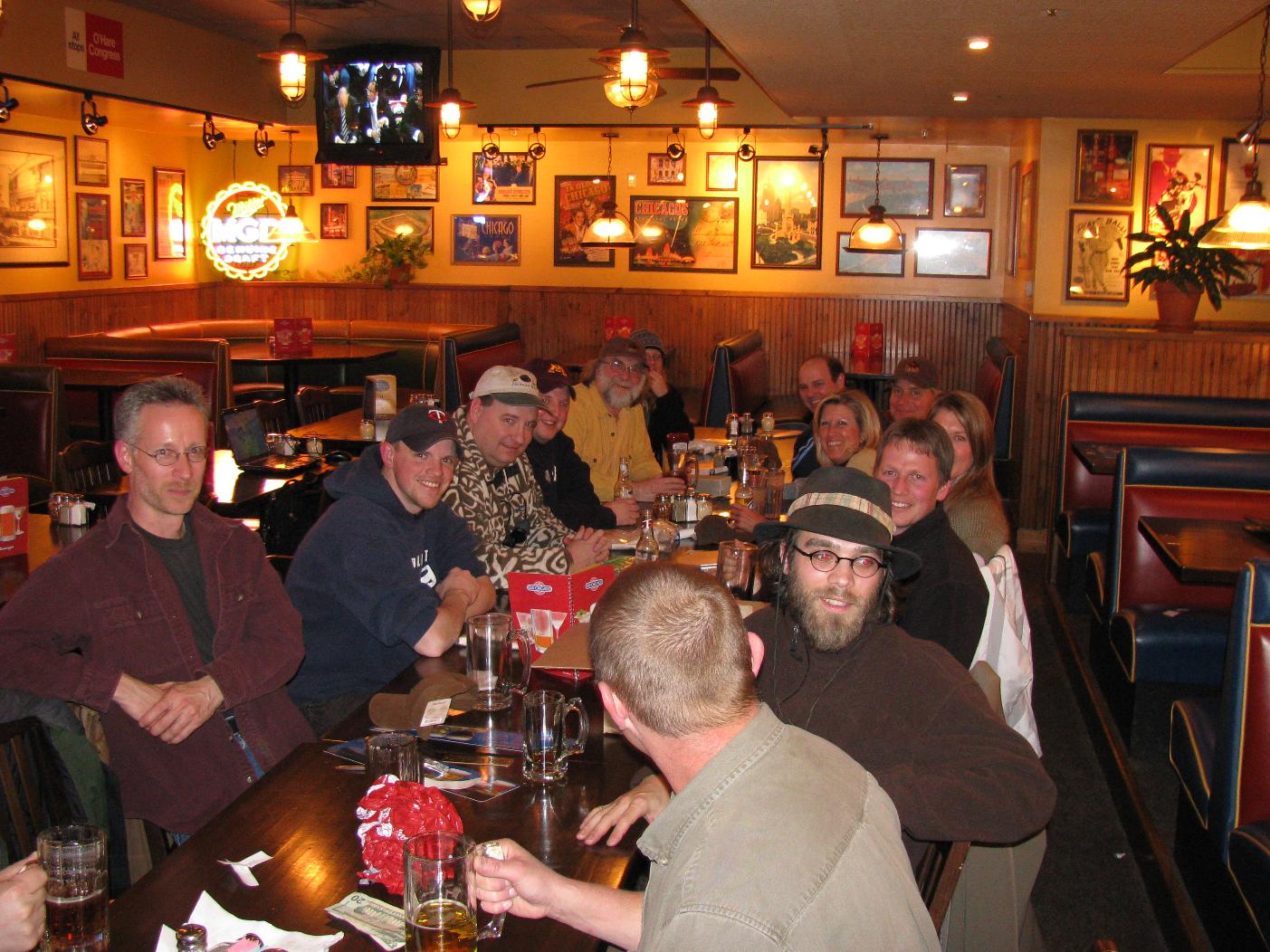 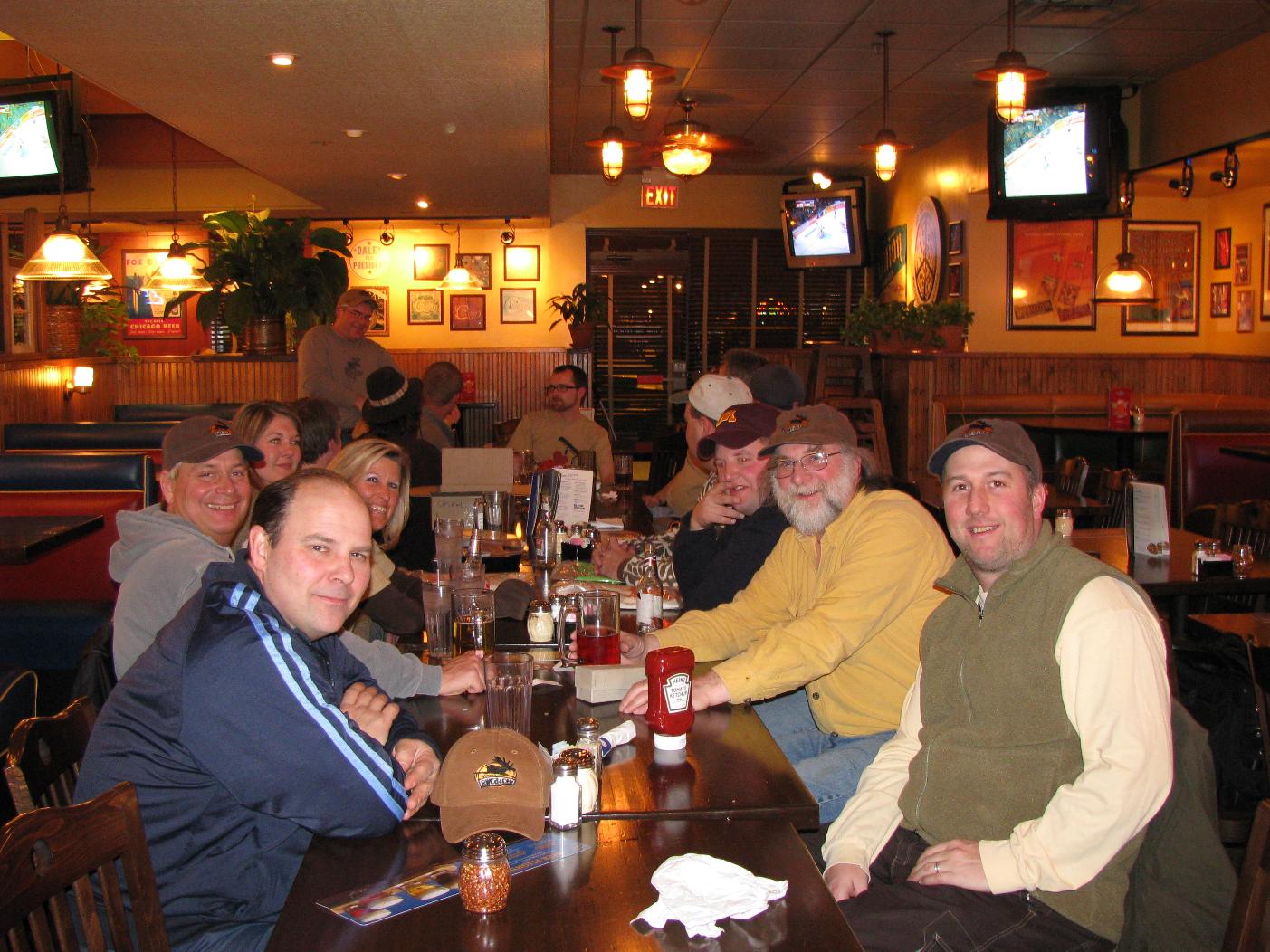 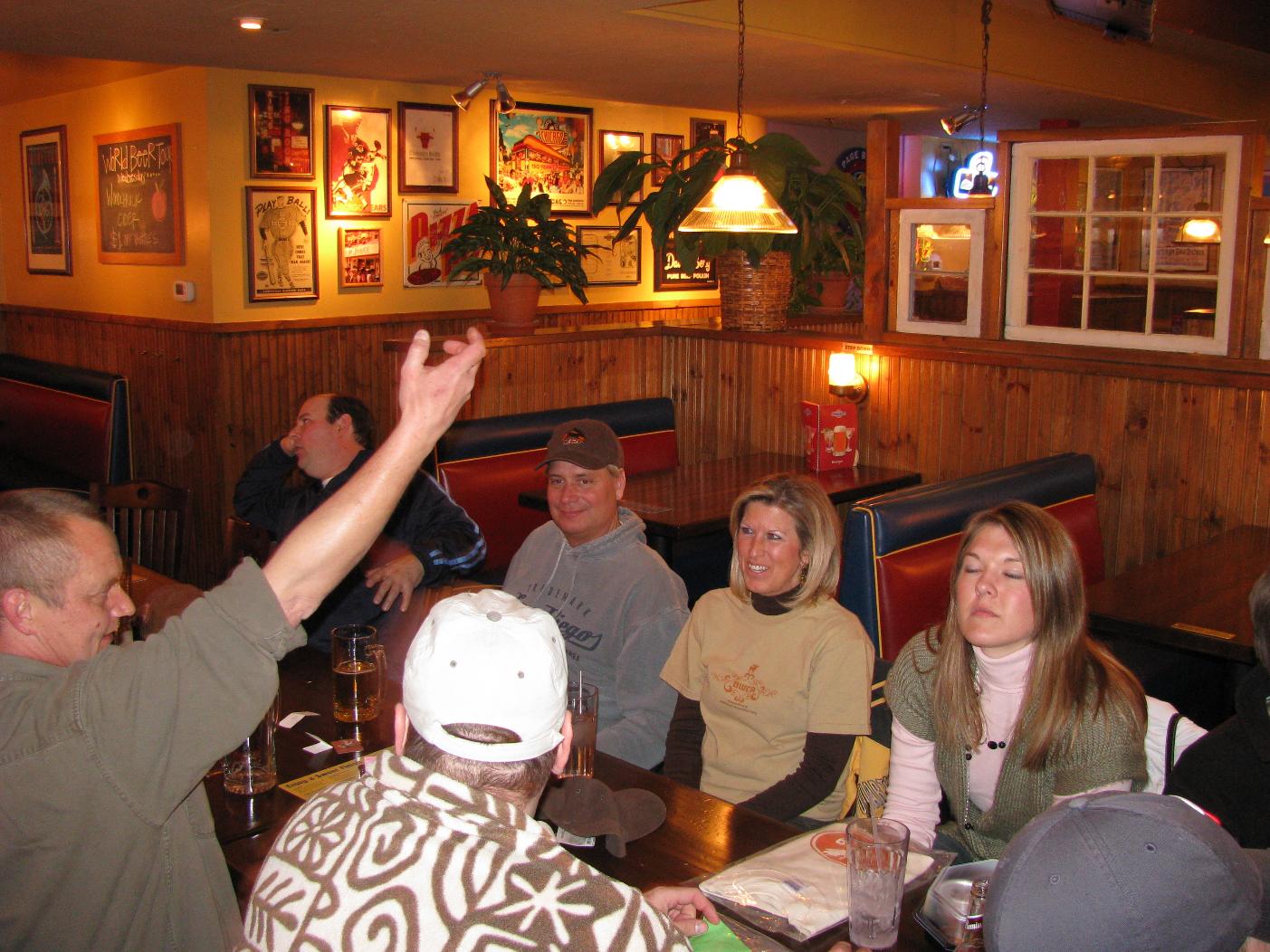