Moose River to Agnes
by jenrobsdad

Trip Type: Paddling Canoe
Entry Date: 05/18/2009
Entry & Exit Point: Moose/Portage River (north) (EP 16)
Number of Days: 4
Group Size: 4
Trip Introduction:
We left the Twin Cities around mid Sunday morning with my two kids Jen and Rob and my son's friend Ryan. This is the third trip Ryan has ever taken up and he was pumped and ready to go. My two were seasoned BDub campers and took things in stride. We arrived in Ely and checked into the Paddle Inn. We then rented our second canoe and the food pack from Piragis. We were greeted by Drew and he promptly took care of us. We packed the food pack and finished some of the last minute packing and turned in around 9PM. I could not sleep very well.
Discuss Trip: View Discussion Thread (6 messages)
Day 1 of 4
Monday, May 18, 2009

We woke up around 2AM and left the Paddle Inn to stop at Holiday to grab a quick breakfast and coffee. We arrived at the Moose River entry around 4AM and started portaging in the dark. We finally started paddling around 5:30 AM. The wind was light and the temperature was just right.

We stopped at the "Top of the World" cliff and made the climb up. It was well worth the time and effort to climb. 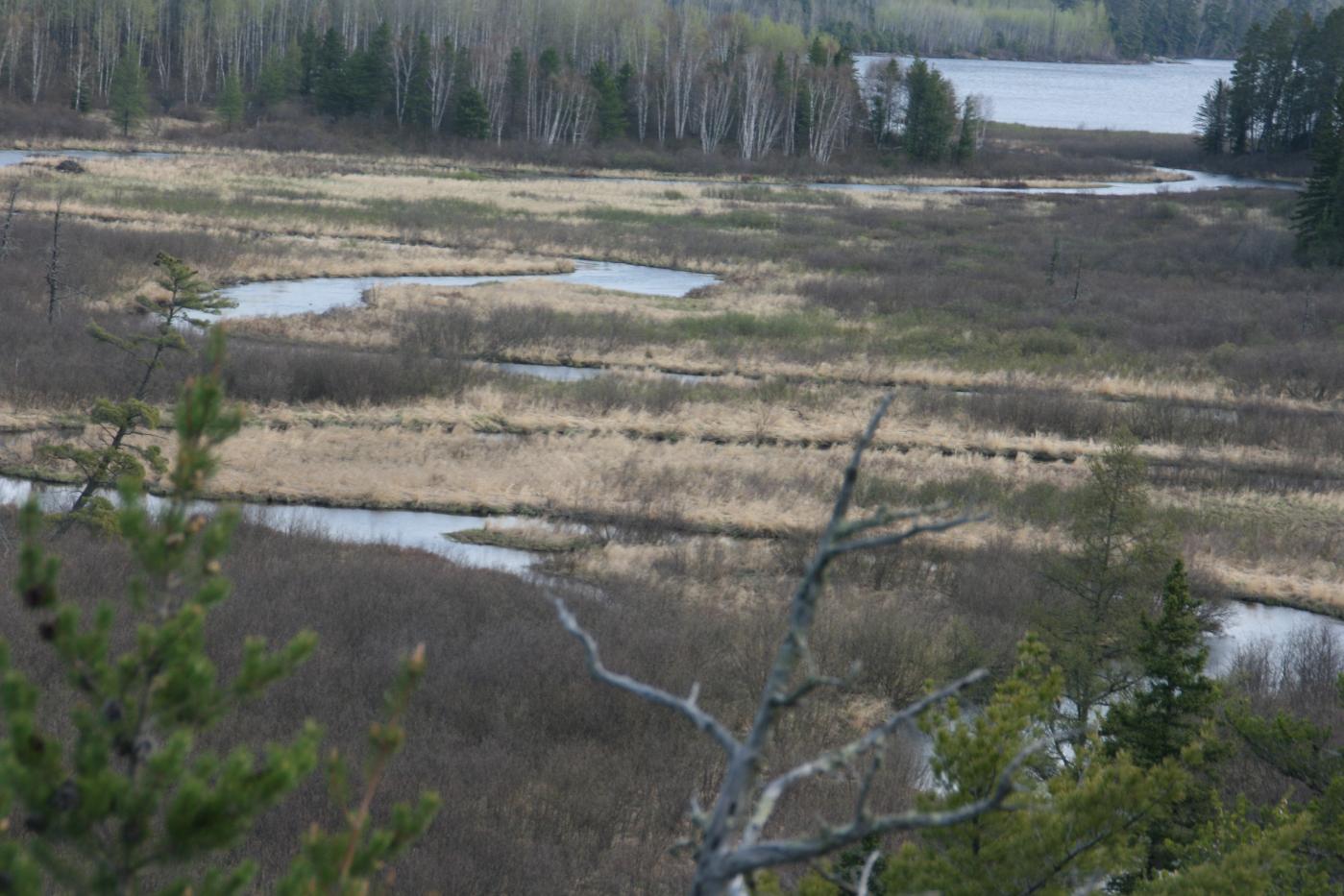 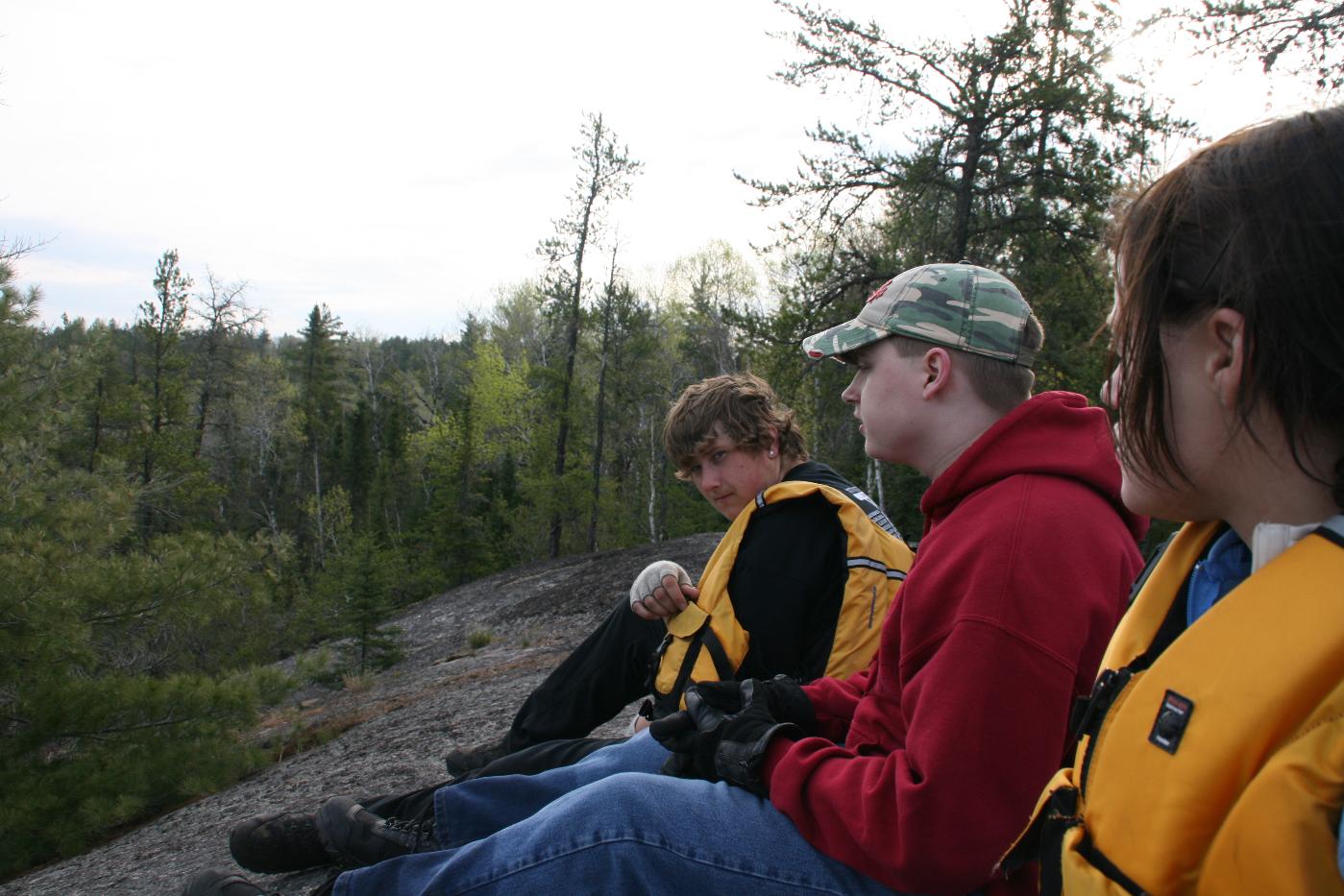 We climbed down and pressed onward only to be greeted by wind and whitecaps on Nina-Moose Lake. Luckily the wind was from the south and pushed us across the lake. The trip went pretty well until we hit Lake Agnes. The whitecaps were once again bad. Rob and Ryan had no trouble paddling their canoe and staying on course while Jen and I fought the waves and had a tough time keeping the Old Town on course. We decided at that point that Lake Agnes would have to do for the night. We stopped at the same place Rob and I had camped at last year.
The wind finally calmed down late that afternoon. We had a nice fire going and put the Rib Eyes on the grill. I forgot tongs so I had to use a fork to turn the steaks and a few dropped off into the fire. Was not what I had hoped for for a good first night's meal. Poor Jen had half cooked burgers. I had to break out the frying pan to cook them for her liking. We cleaned up and the kids went out and fished the bay we were on. Jen caught a small sunny. Rob had a small Walleye that got away. We drank some hot chocolate and then went to bed.