Trip Type: Paddling Canoe
Entry Date: 05/18/2009
Entry & Exit Point: Mudro Lake (restricted--no camping on Horse Lake) (EP 22)
Number of Days: 7
Group Size: 2
Trip Introduction:
I would like to start this trip report with an introduction to my partner Nick. Nick is a 23 year old guy who went on his first trip with my son Jack and I last August. Nick may be considered a tad unconventional when it comes to BW tripping. Too much cotton, a winter coat, a chair, his iphone with a speaker to play tunes and video games and his pack reminds me of a gypsy on caravan. All kinds of things dangling off it. A lantern, a pillow, etc, etc. Bunch of stuff not on MY LIST.I'm 48 years old and really we probably don't have that much in common, except we both enjoy paddling, portaging, exploring and fishing. All kidding aside, above all Nick has a positive attitude and just likes to have fun. Works for me. I need more of that, to be honest. We shared plenty.
Discuss Trip: View Discussion Thread (10 messages)
Day 1 of 7
amMonday, May 18, 2009

Sunday-We left at 4AM with no problems, except for Nick insisting on playing his iphone music. When he asked what I wanted to hear, I said whatever you like. Fortunately, he fell asleep midway through Wisconsin and I was able to enjoy an hour or two of the Sunday morning polka hour (did I really say that!) and just some silence. We picked up our permit, bait, subway, checked out Mudro EP and camped at Fenske for the evening.

Monday-18th-We put in around 9Am and humped through the 5 portages to Fairy Lake. The 3 portages north of Mudro are pretty choice. Rocky, up and down with rough landings on both ends. I noticed quickly that physically I wasn't at the top of my game, but portaging is cool. You get in the groove and pretty soon you are back. Nuthin to it. I love the feeling in your legs when, with each step you can feel your muscles pushing. Great exercize. I had written on my map that the east campsite on Fairy lake was a 4 1/2 starrer. I got this info from the trip reports on BWCA.com. My original plan was to camp on Gun Lake the 1st night, but the campsite on Fairy was too choice to pass by. Flat out, sweet campsite. This would be great for a large group. There is tons of room, trails and shore fishing ops. I set up my tent on the 2nd level. I called it the pimps' palace. Nick was on the wrong end of the tracks, but he was stylin in his own special way. There is also a perfect spot for a big tarp by the lake and a couple other nice amenities which I'll save. Go see yourself. Great campsite. Especially, when I caught a scrappy 28" pike on my 1st cast off shore, followed by a 17" walleye. Nick was asking "what are you using." I told him not to worry about what I was using. I'm fishing-you're not. He was futsing around with his iphone, because his small pack fell in the water after we landed and alot of his stuff got wet including the magic phone. He thought it was trashed, but with some sun it was revived. Also ok was his camera. The camera was very cool and ended up being kind of a focus on this trip. I did a fair share of positioning the boat for good shots and really got into it, suggesting photo ops and working with Nick to get the best pics. 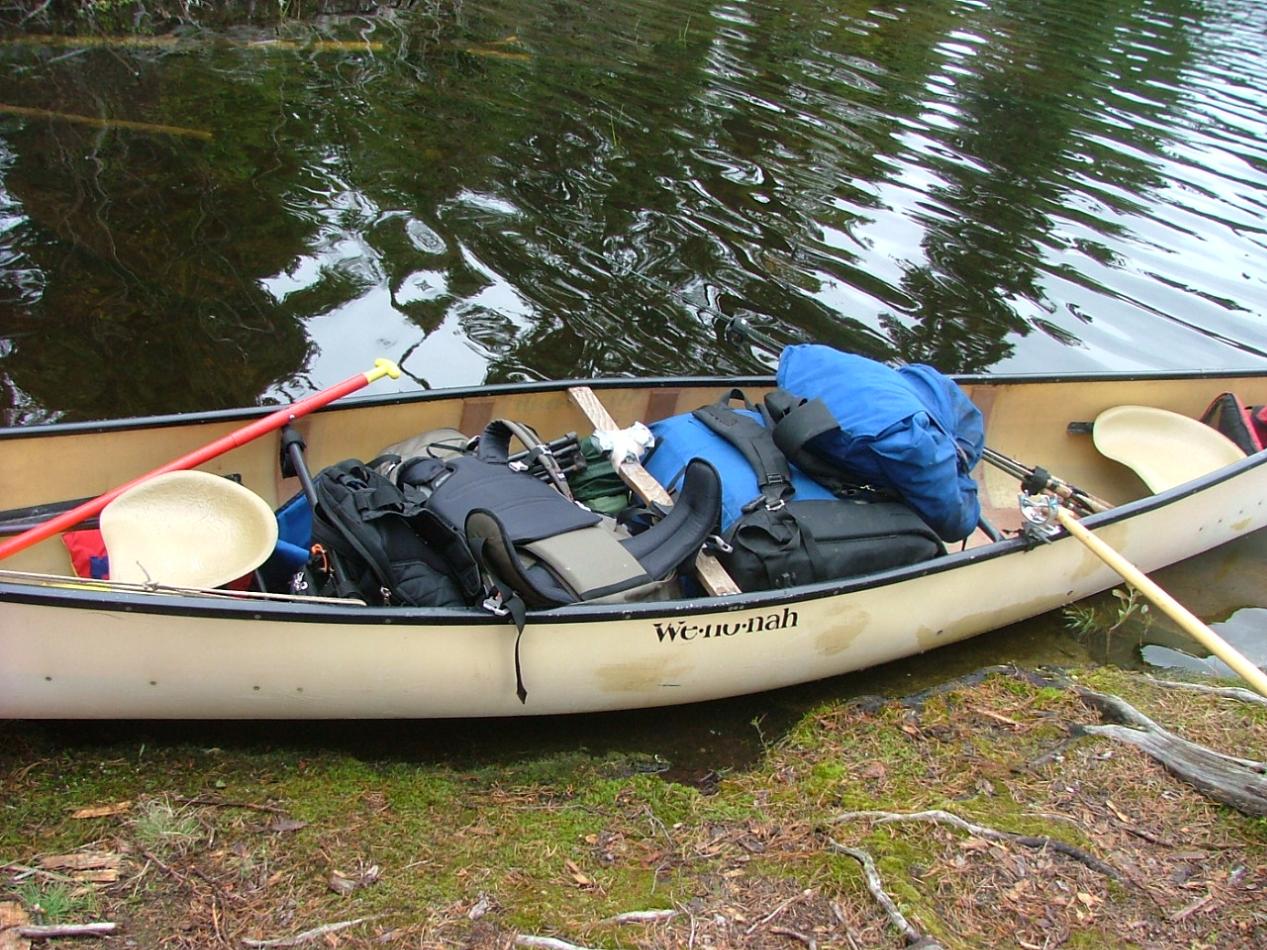 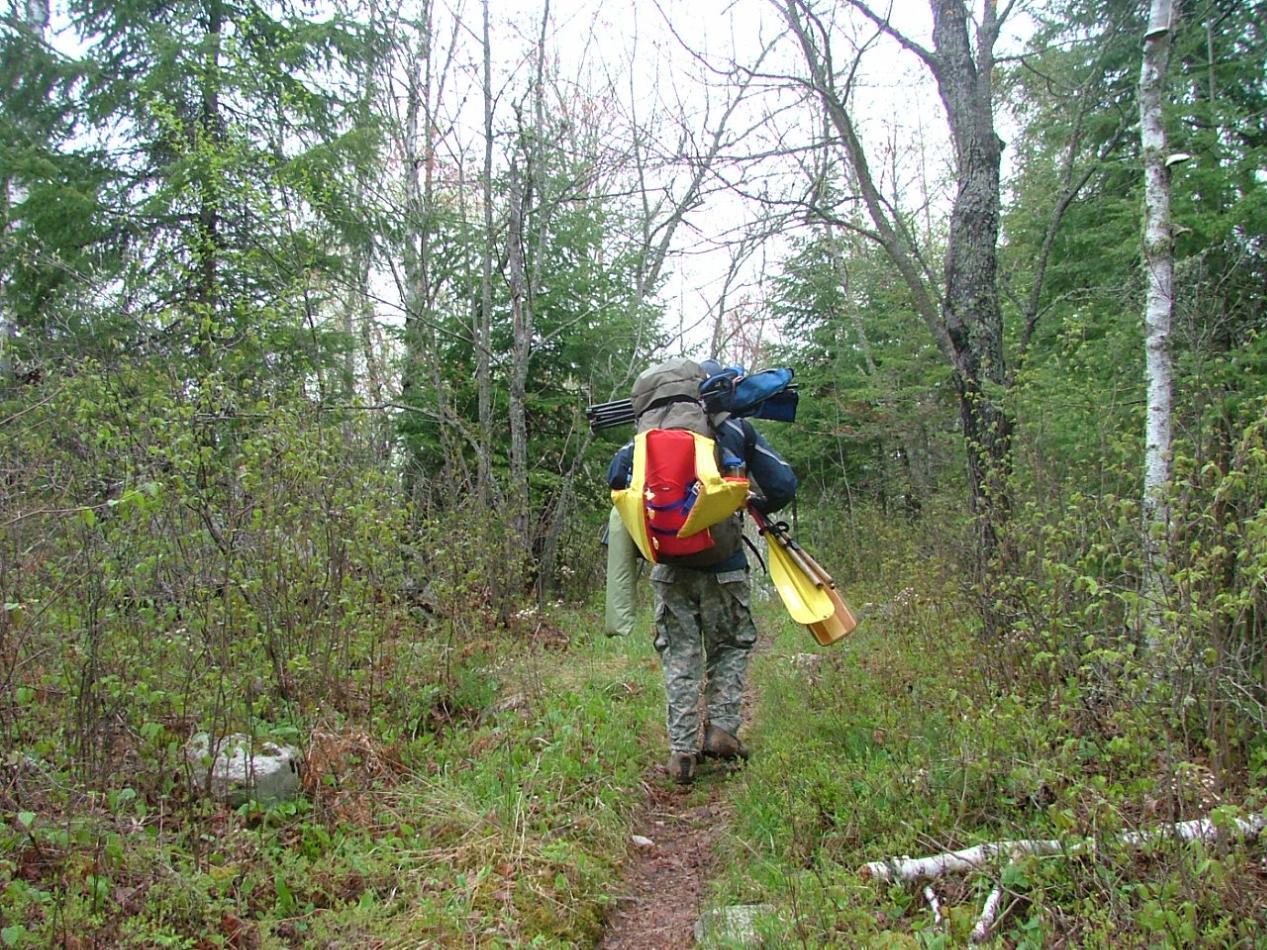 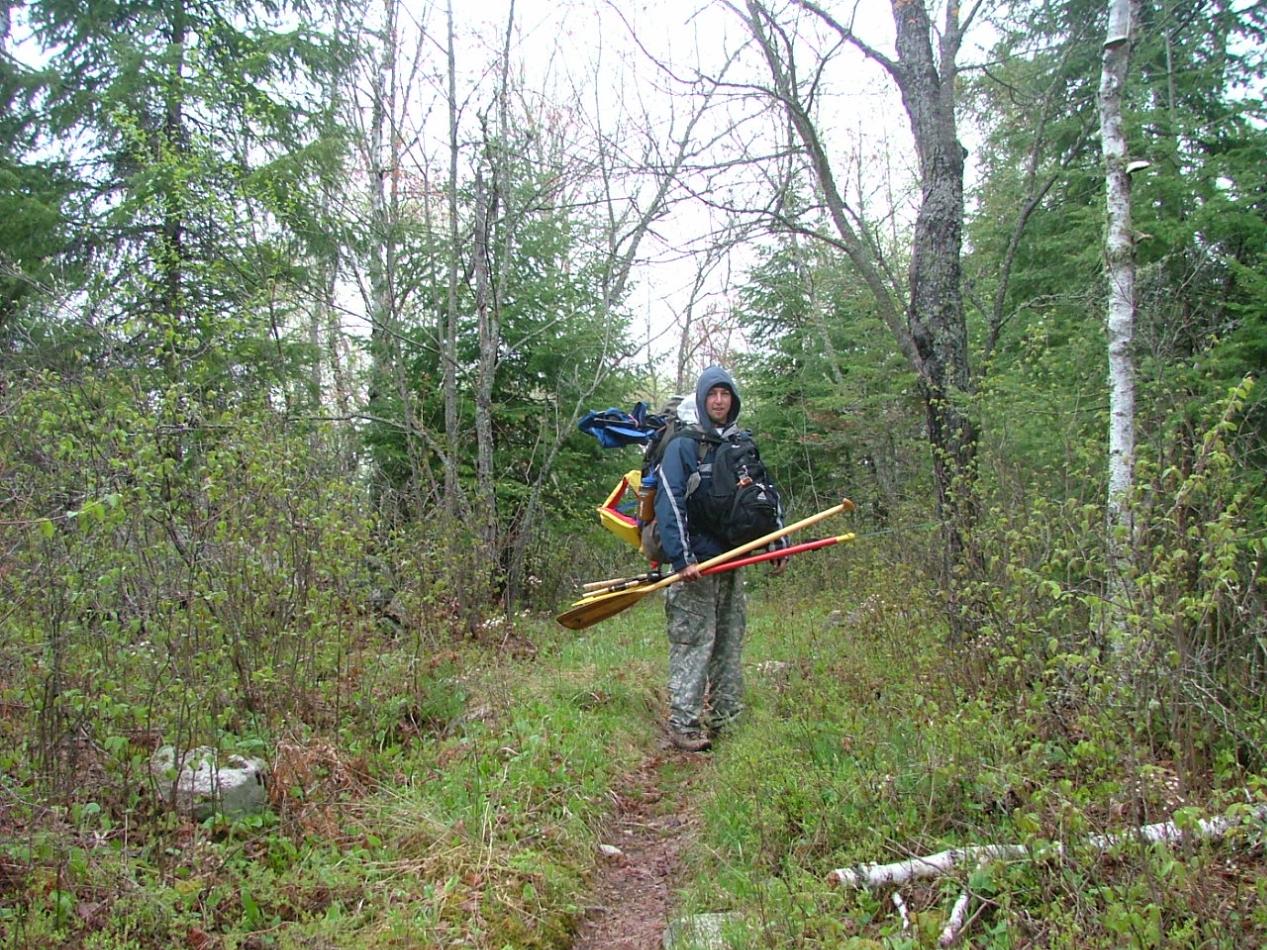 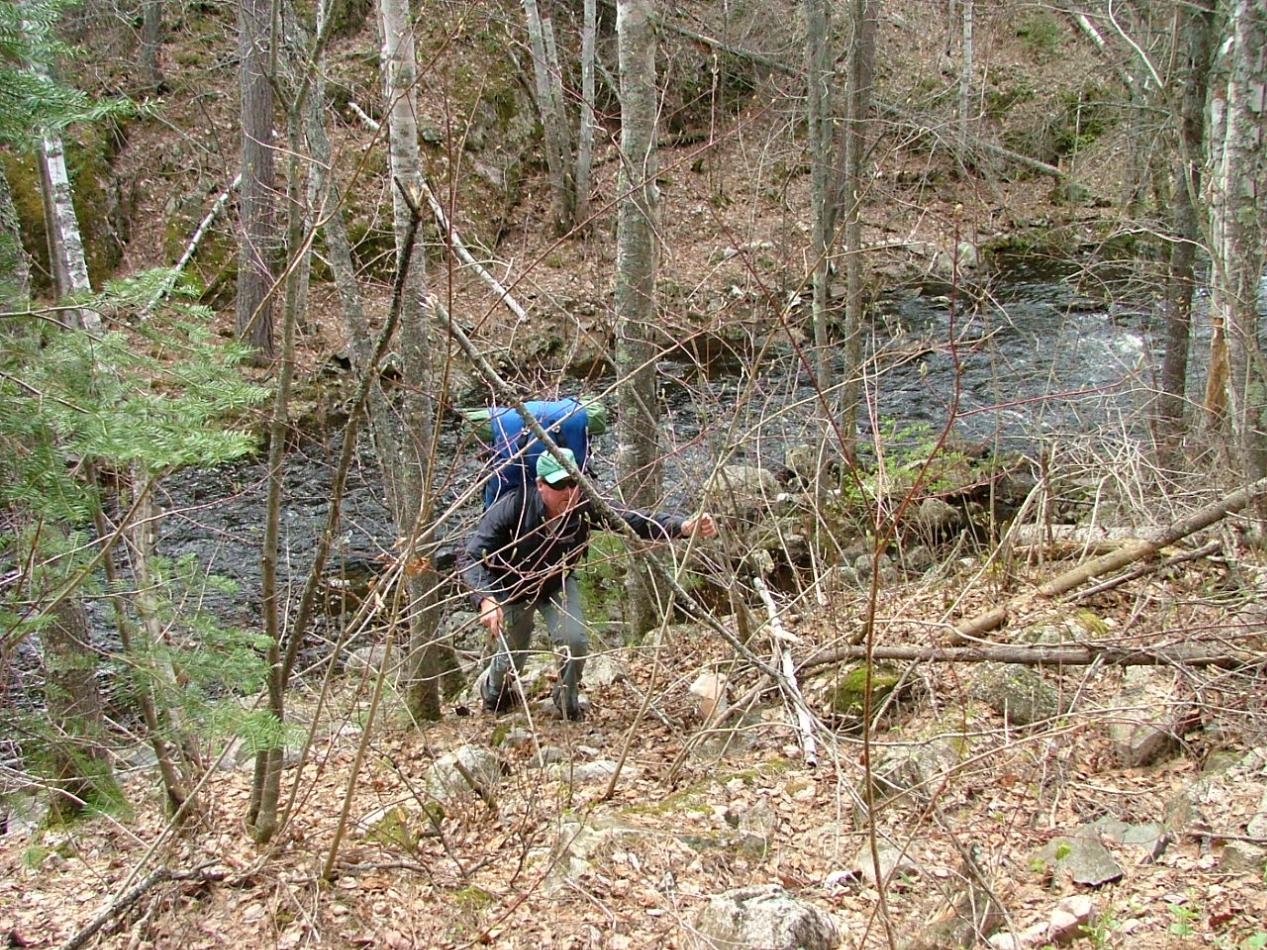 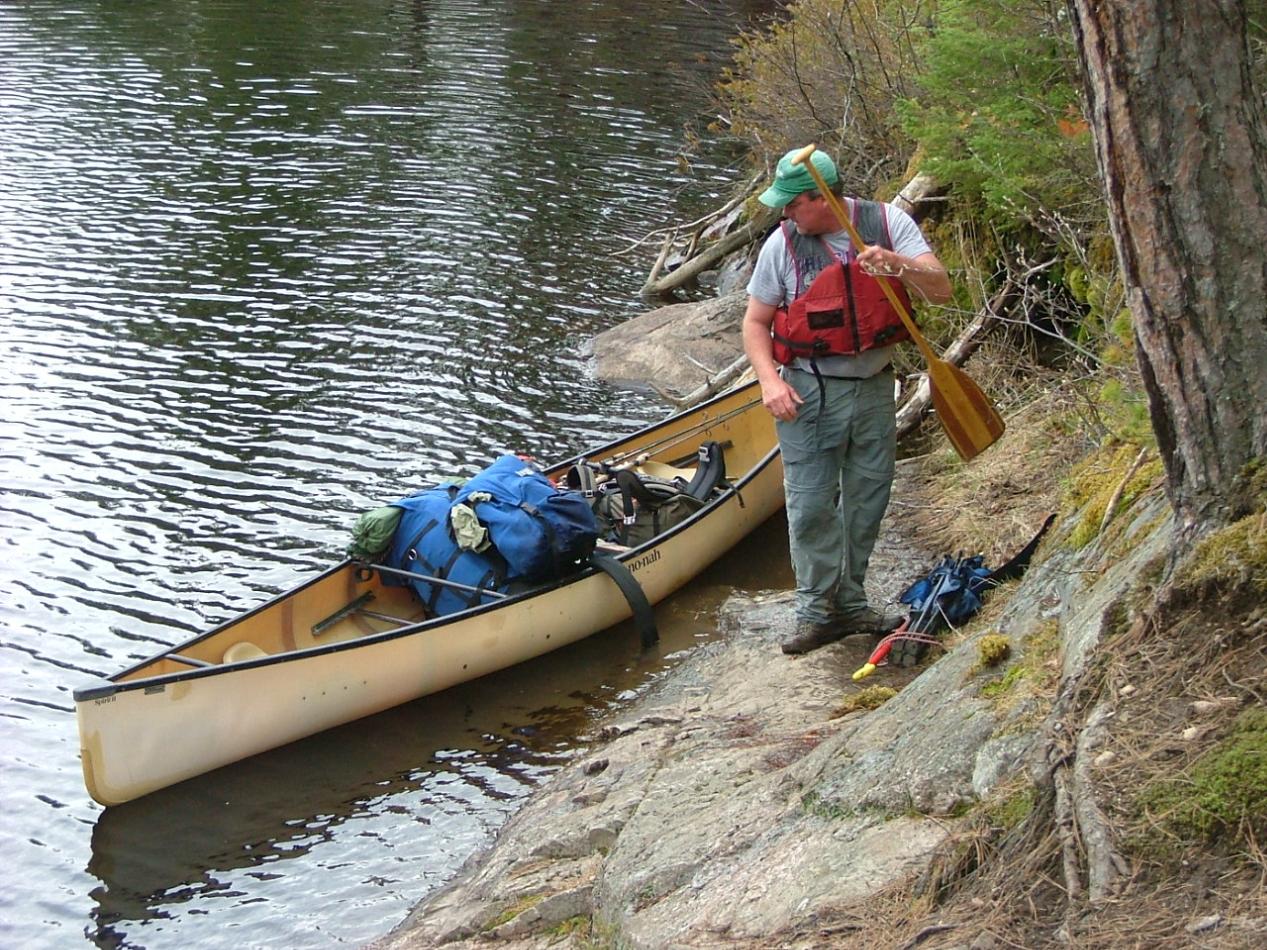 Pics-Canoe stylin-duct tape; don't leave home without it-Nick's stylin-Miss a portage, now you're a Sherpa-End of Mudro 3-cool portages-a must do. I'ts like tenX easier on the way out, because you've been there. Alot of fun both ways.