Trip Type: Paddling Canoe
Entry Date: 06/05/2009
Entry & Exit Point: Moose/Portage River (north) (EP 16)
Number of Days: 5
Group Size: 3
Trip Introduction:
Our annual trip to the Bdub, consisting of my son Jake, my friend Manny, and myself (the three amigos). This is the first on a river system. Our group was looking to fish the Boulder River, Dahlgren River and Boulder Bay. So much more to do in that area, we just ran out of time.
Discuss Trip: View Discussion Thread (10 messages)
Day 1 of 5
Friday, June 05, 2009

Spent the night in a bunkhouse at Echo Trail Outfitters. Awoke at 3 am to get a head start, the forecast was calling for 20 mph winds with gust up to 30 mph. We arrived at the entry point by 4:15, after double portaging and getting the canoe packed we were heading down the Moose River by 5:30 am. The morning was beautiful, mid 50s with sunny skies. There was a slight fog across the river, which added to the mystery of the unknown. The Moose River was smaller than I had imagined, with beaver dams populated throughout. Two short portages and on to Nina Moose Lake. The wind was beginning to pick up, but with no problems we were into the Nina Moose River and through our next two portages to Lake Agnes. I rather enjoyed taking a minute to take a few pictures of the rapids on the second portage. As we entered Lake Agnes the winds were getting close to their climax, but we ventured on with minimal issues, until we got to the end of the lake. As the lake narrowed, before the portage into the Boulder River, we misjudged some rocks and got caught up. Manny did an excellent job on keeping the back of the canoe straight, and then talked Jake into moving ever so slowly to the rear of the canoe. We were able to unhitch ourselves from the rock and get through. Completed the portage into the Boulder River and the steep portage (the toughest portage of the day) into Boulder Bay. We had every intention to camp in Tiger Bay, but with the winds at peak level, we decided on the campsite directly across the lake from us. Beautiful campsite with tall pines, big boulders, and leftover leeches. 12 miles and 6.5 hours later, we began to set up camp and fish from shore. Manny caught a nice smallie and two walleyes, while Jake caught a smallie and I a northern. Decided to string up the two walleye to clean with tomorrows catch. As we were hanging our food pack for the night I could hear an owl, spotted him about ten feet from our fire pit. Between the owl and the loons, every nightly campfire was accompanied with the sounds of the wilderness. 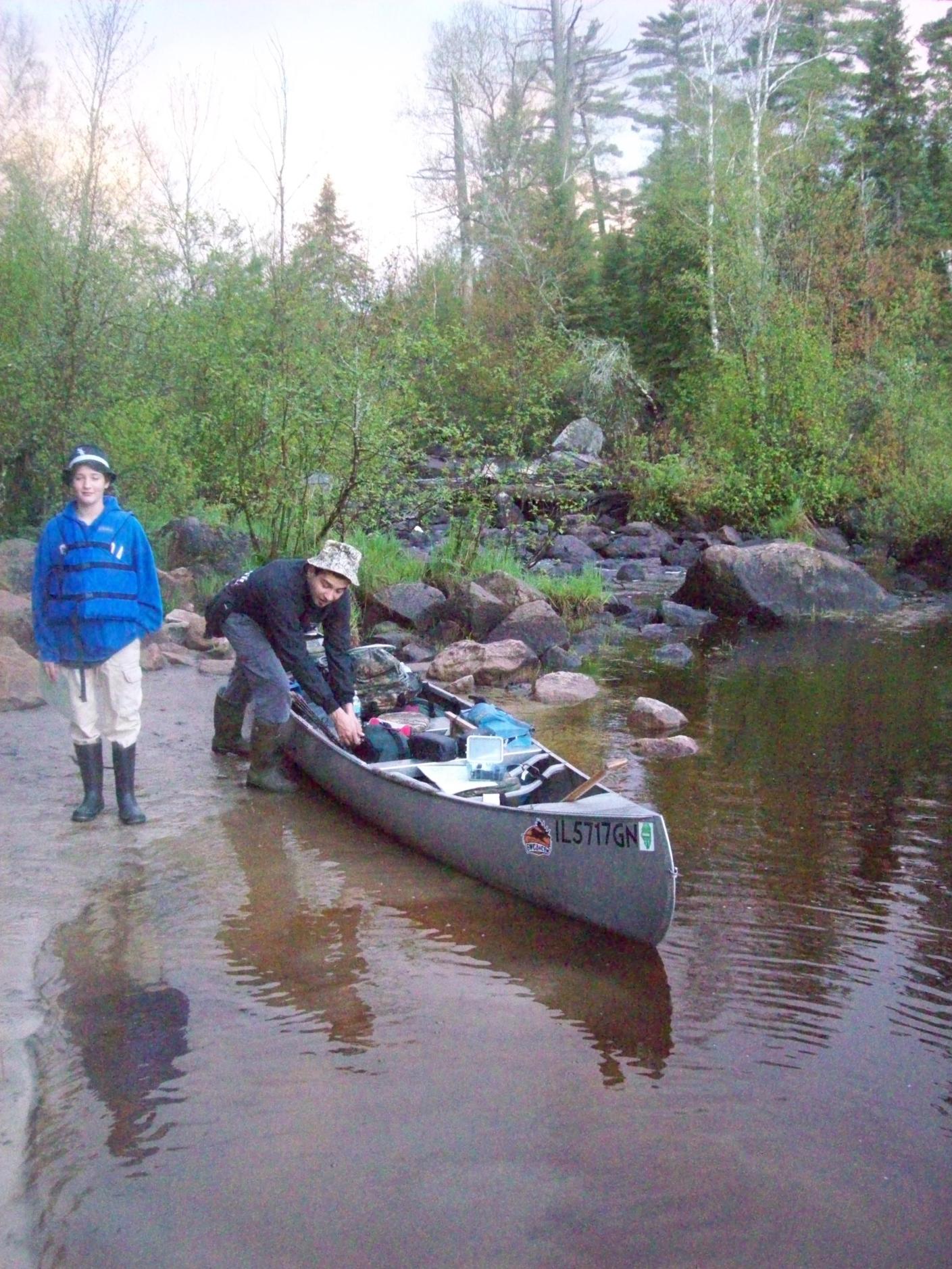 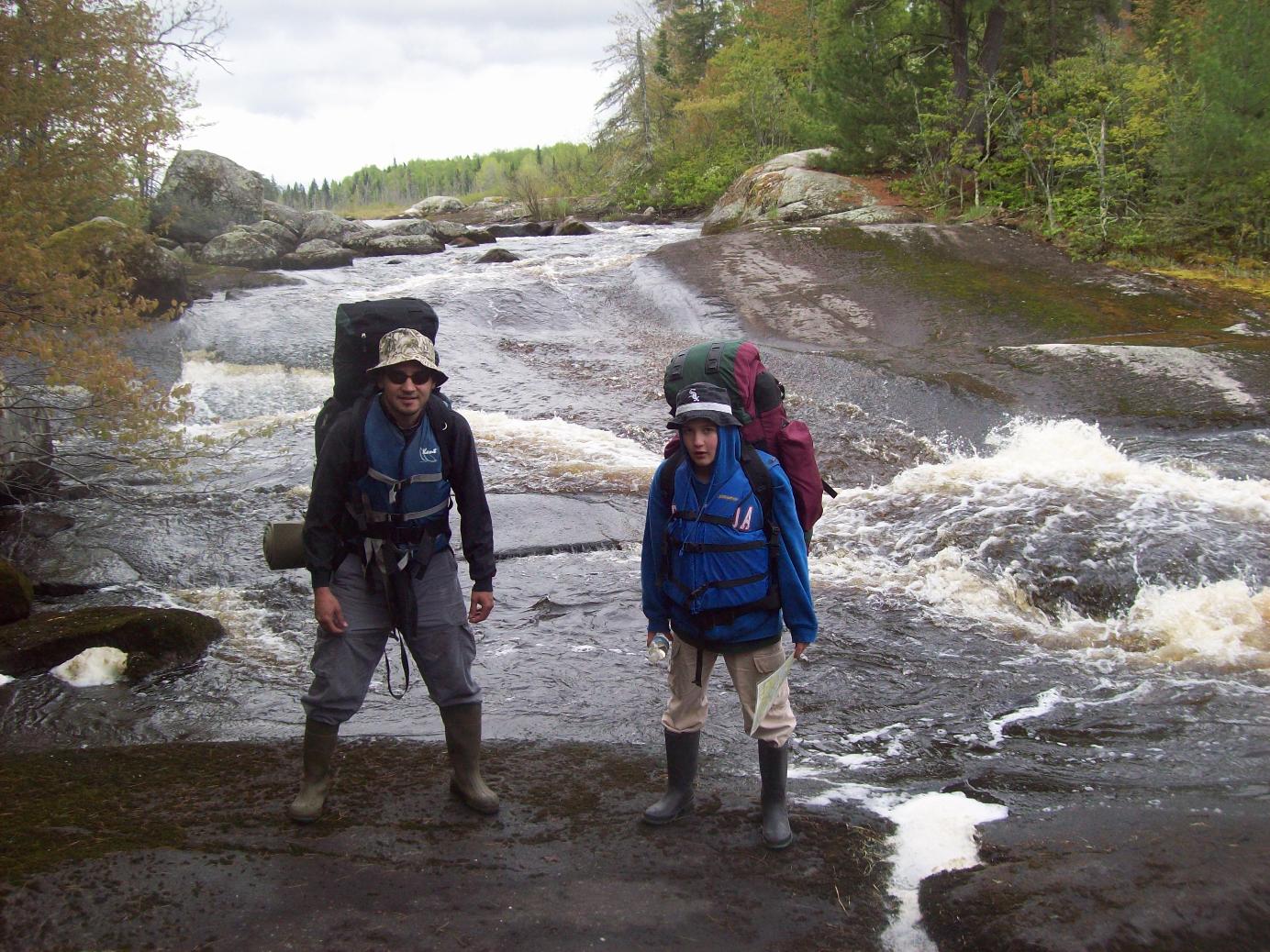 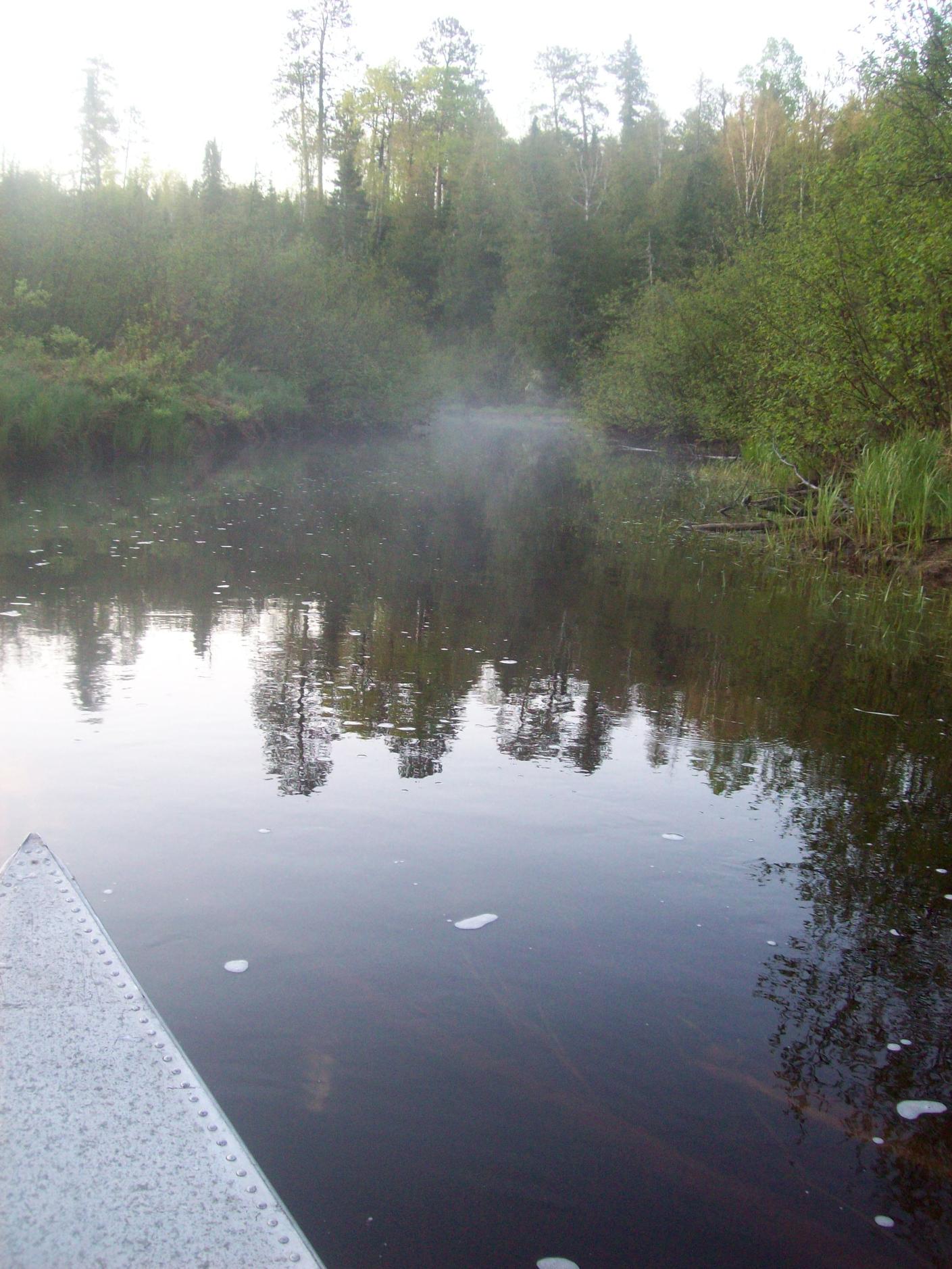