Pauness Lakes to Heritage, Lynx, to Shell, loop
by woodpecker

Hot coffee and oatmeal hit the spot as we packed the canoe to push on towards Shell through Lynx….As we a rounded the corner of a small bay in Heritage we spotted a yearling moose standing just off shore and coasted within 40 feet of it before it splashed out of the lake and disappearing into the green of pines and birch. 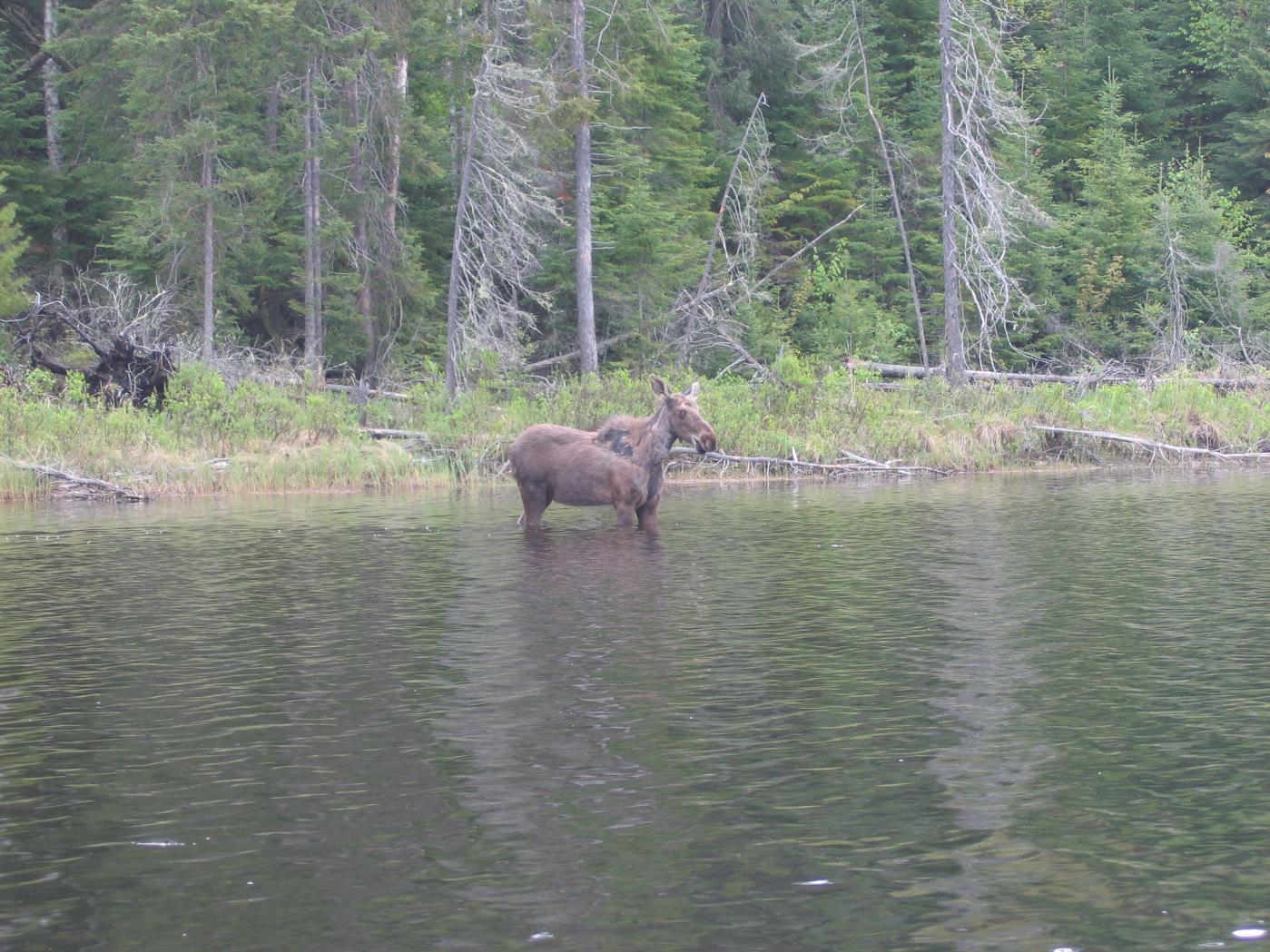 When entering Lynx we run into a family of 4 whom we had talked to on Sunday…they were heading back to Shell through Heritage. We explained the portage entrance was a walk through for us but that they might be ok because they had two person canoes and smaller packs than we had… They told us that they had nailed the walleyes right in front of their campsite and we decided then that we would return to fish Lynx after finding a site on Shell for our next two days. After passing through Lynx and Little Shell we paddled into Shell and decided on a campsite just beyond a channel and to the left of a single island site. We chose this site because the island site was wet and not too level for the tent.. On our way we spotted an eagle on the nest and another deer browsing on tender green grass in the water….Several of the deer we saw were eating grasses in the water and would stick their entire head under to reach it… After setting up camp, we relaxed and had an early supper of Mexican brats (brats wrapped in soft shell tortillas) and blueberry cheesecake.. Our adjenda for the evening was fish….. and we caught a couple walleyes and quite a few smallies… Adam landed the best one, probably about three pounds….at any rate a nice fish. 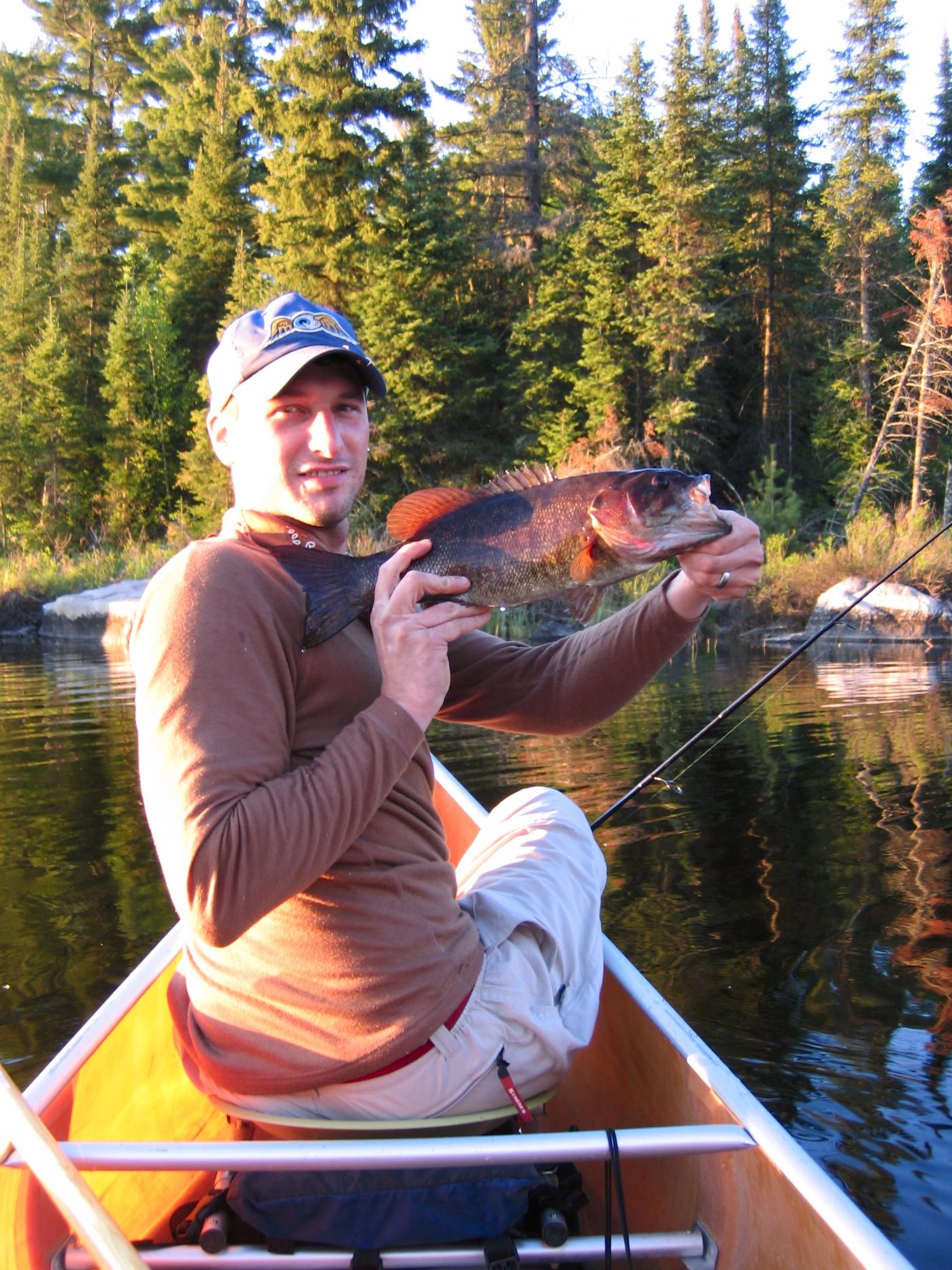