Trip Type: Paddling Canoe
Entry Date: 08/10/2009
Entry Point: North Fowl Lake (EP 70)
Exit Point: John Lake (EP 69)
Number of Days: 6
Group Size: 8
Trip Introduction:
Having studied the map, we were a little hesitant on whether we would be able to make it a loop trip. Big, long lakes can be a little intimidating and dangerous if the weather doesn't cooperate!
Discuss Trip: View Discussion Thread (9 messages)
Day 1 of 6
Monday, August 10, 2009

After some issues with our overnite stay at Judge Magney state park Sunday night,(too crowded and we didn't know max group size was 6) the ranger kicked us out and we ended up at Mcfarland lake instead. We had initially wanted Mcfarland anyway, but couldn't reserve a spot. Steaks and corn on the cob for dinner. That night we heard an animal that we could not indentify: it is best described as a sounding like a monkey getting beaten up?!?! Martin? Badger? That rabbit from Monty Python's Holy Grail? The put in for entry point 70 is at little John lake which is right there at the Mcfarland campground, so we had on easy start albeit kind of a late one, 10:30. 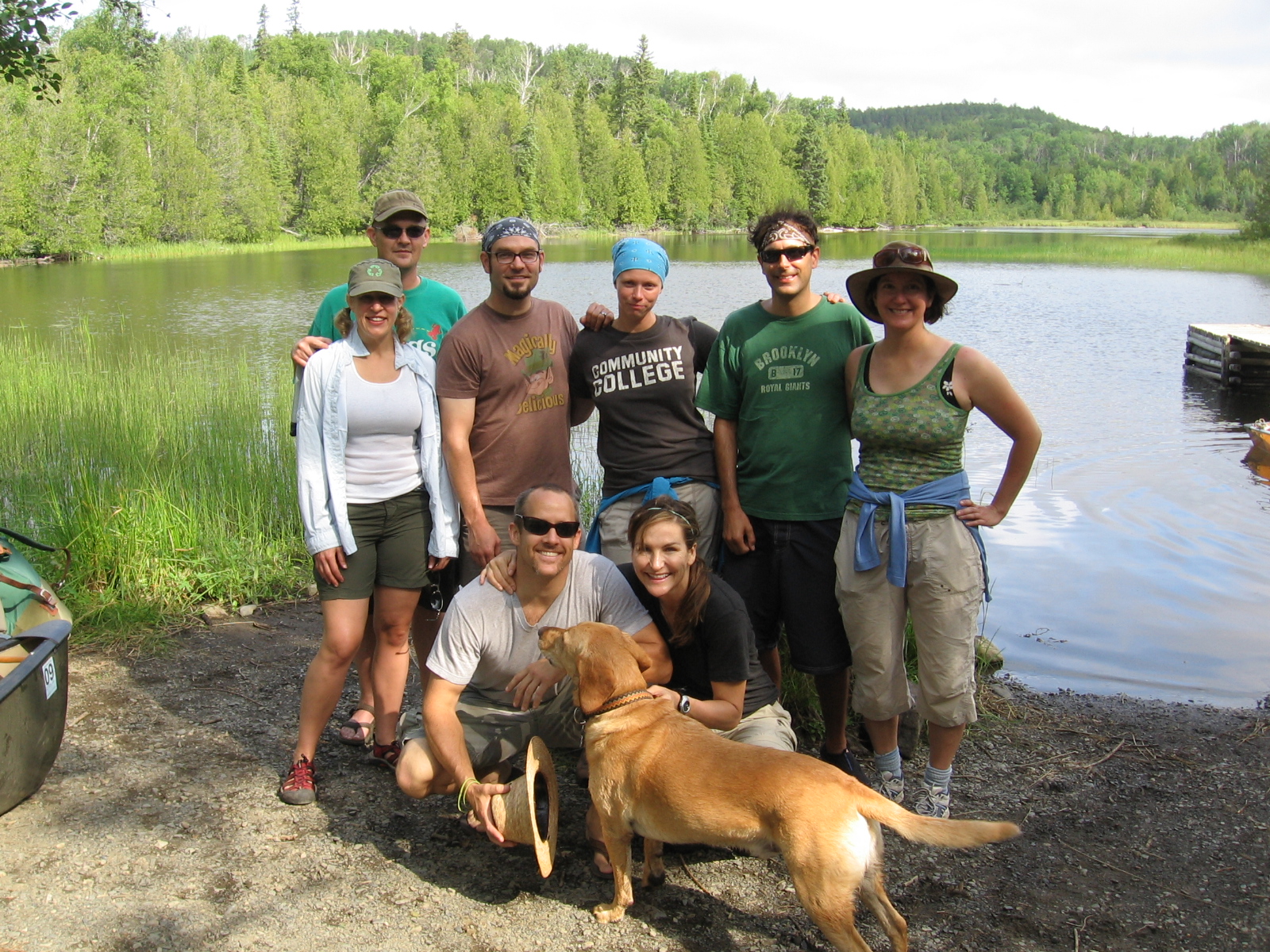 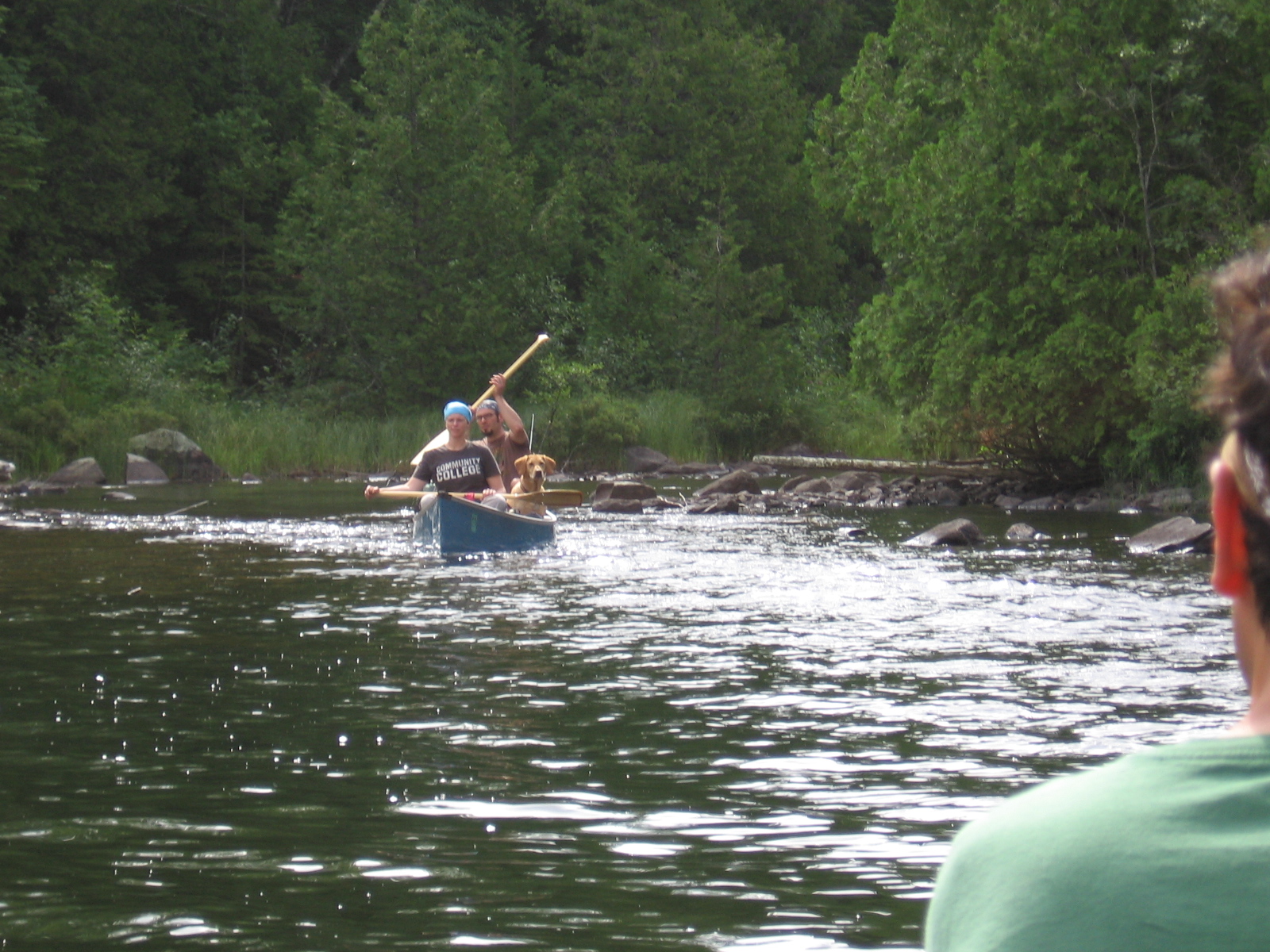 then a 62 rod portage to the Royal river. 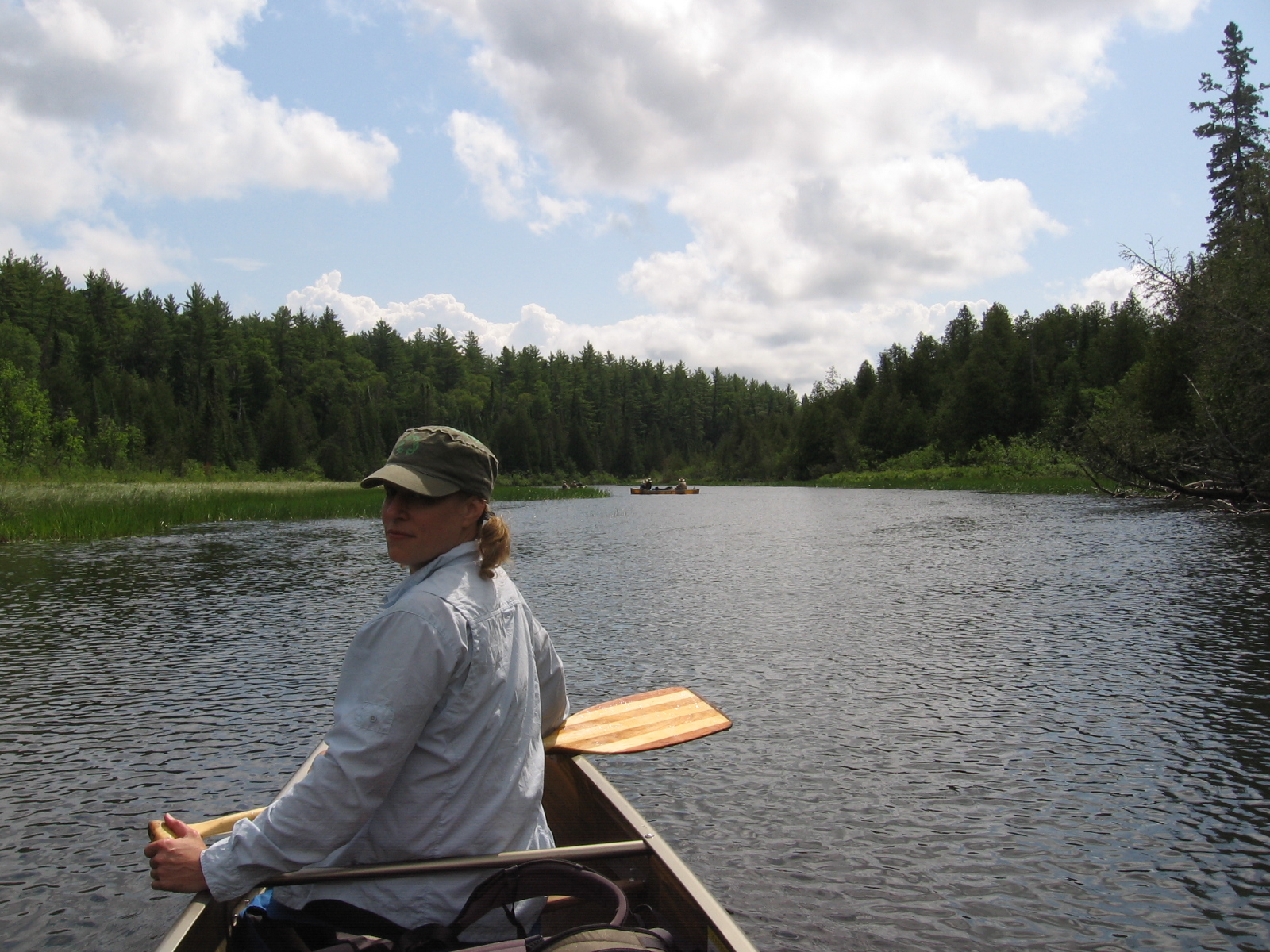 Royal lake was prety much a large bend in the river filled with horsetails, I had to stand up in the canoe to see our way through. 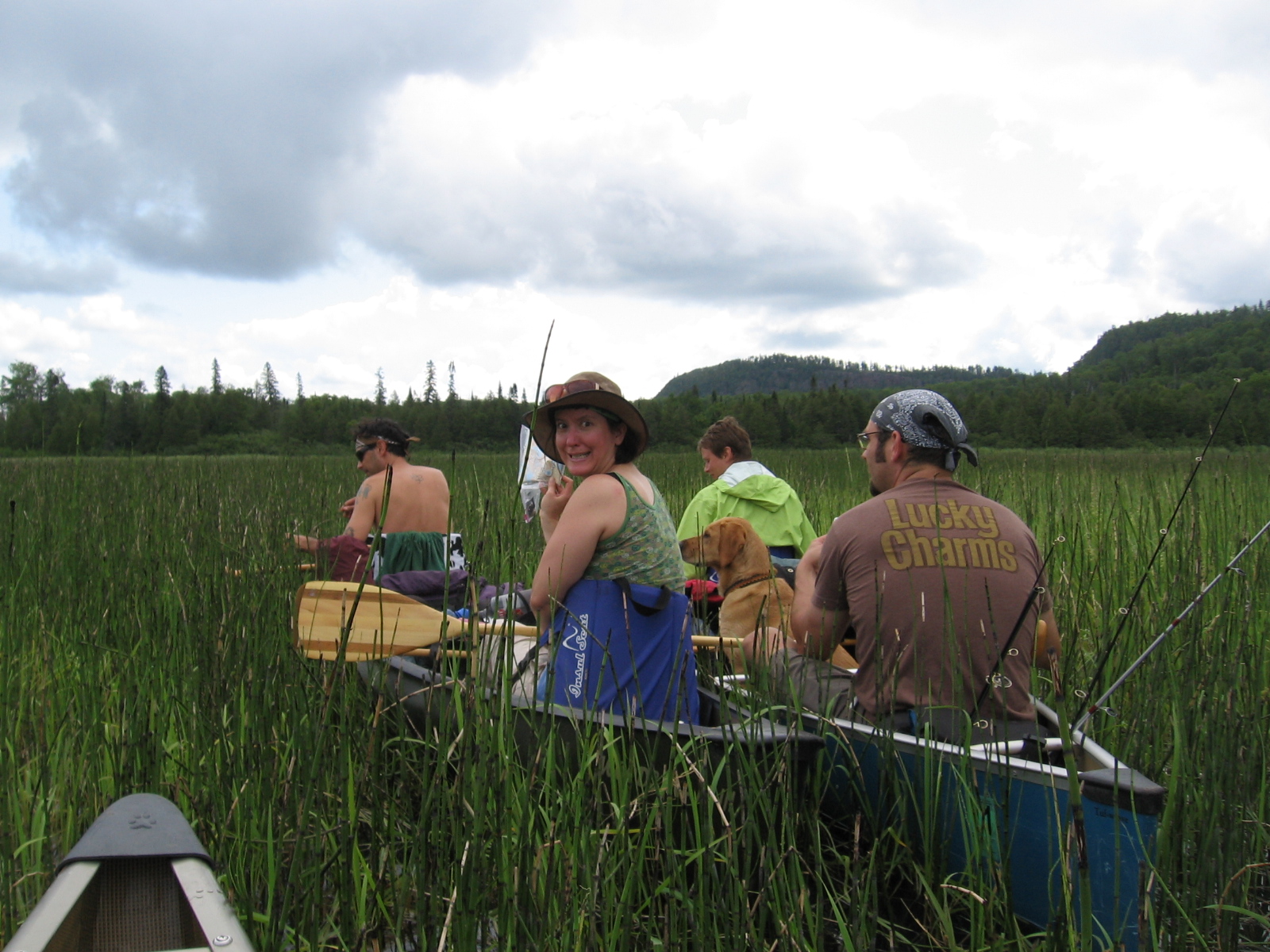 This was followed by a 99 rod portage into North Fowl lake at the northern tip of which we would finally be in the BWCA proper. There were a couple of brief showers while on North Fowl and this would be the only rain we had until Saturday morning! 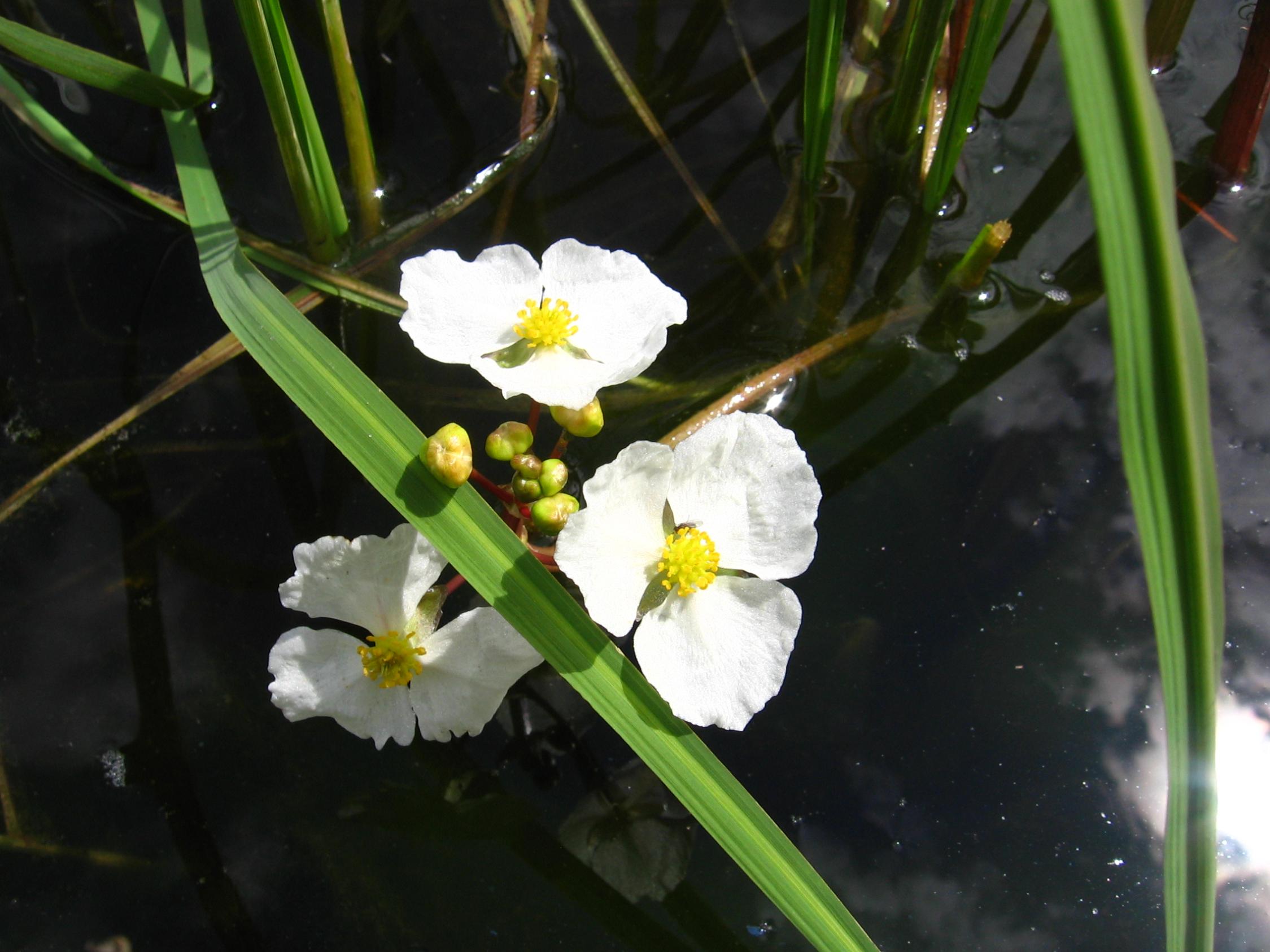 One more 126 rod portage into Moose lake, the beginning of which was pretty muddy because of the low water levels. 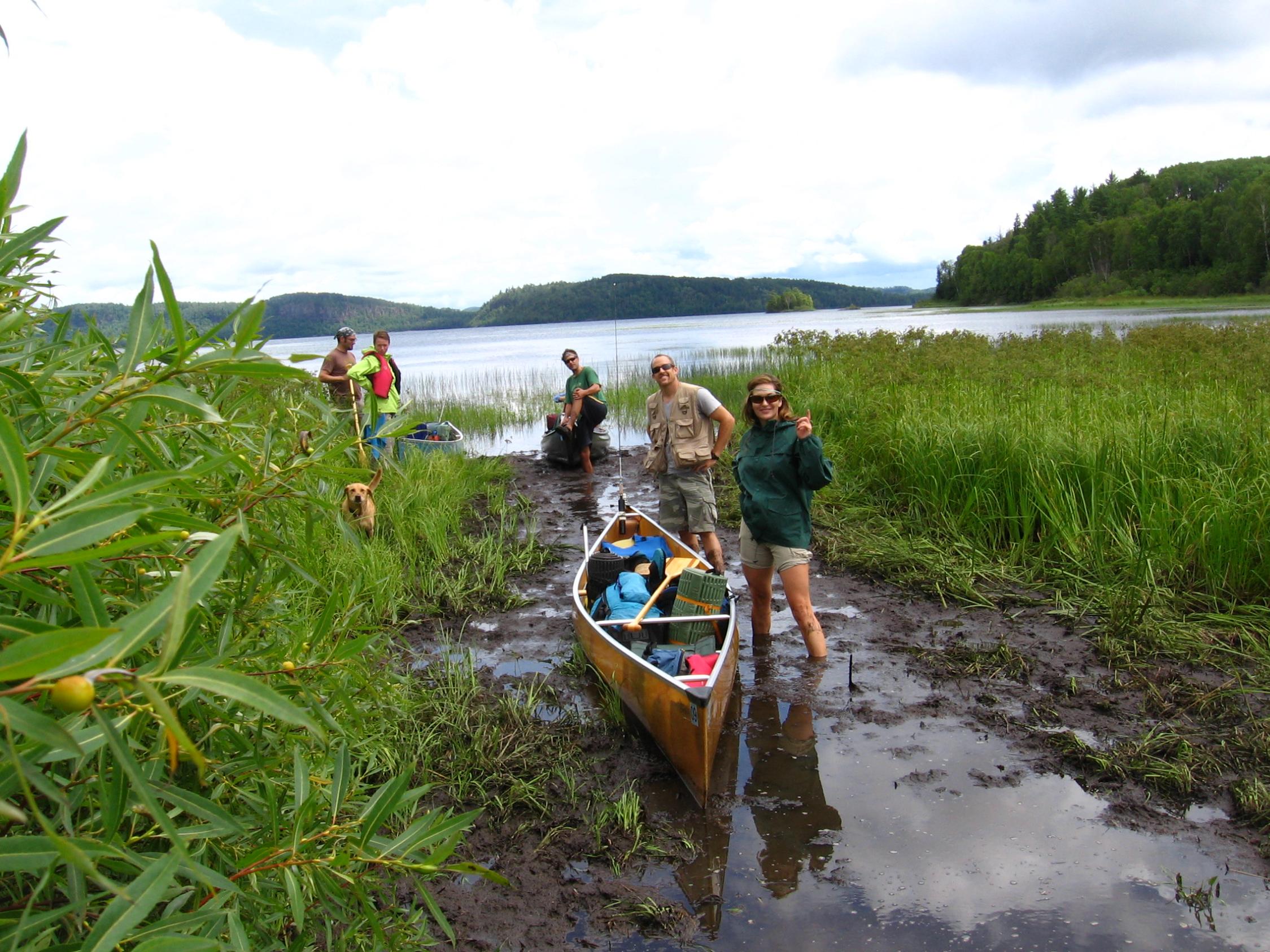 After scouting all 5 campsites on Moose we chose the middle one. A little small for the four tents we needed, but it worked. We had Indian food and a couple of smallmouths caught trolling for dinner. The first day gave us a good sampling of the scenery we would encounter on the rest of the trip. 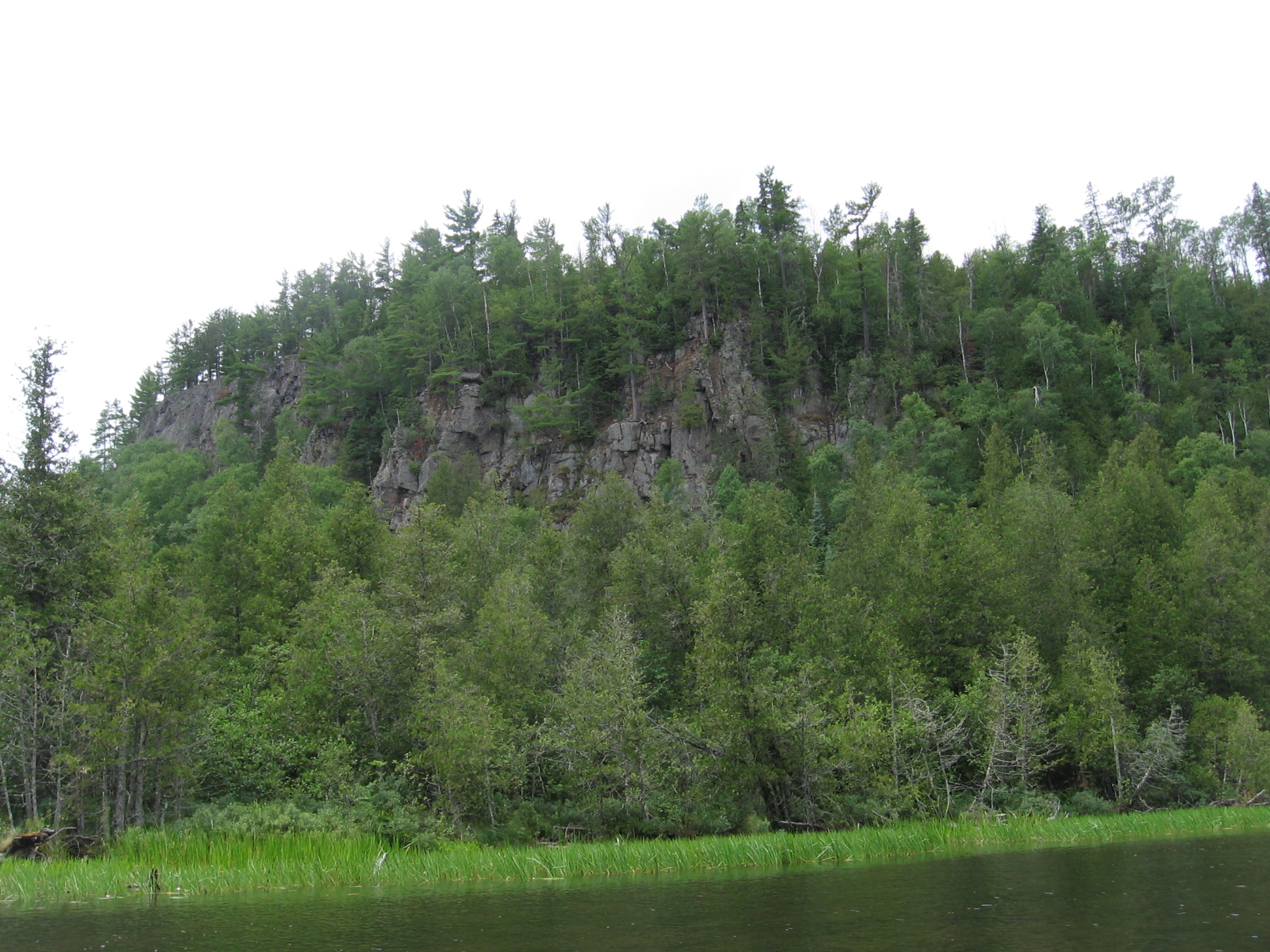 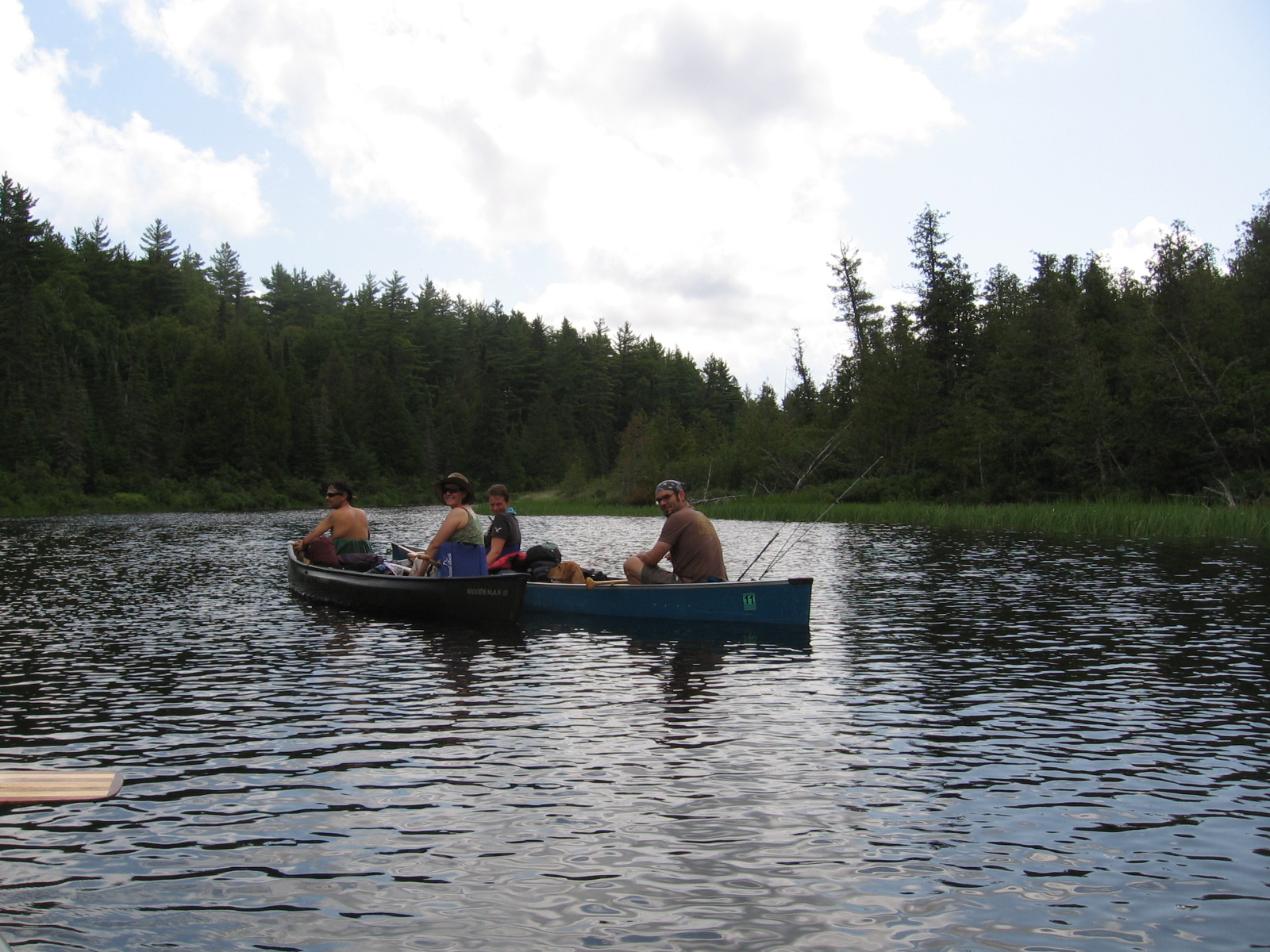 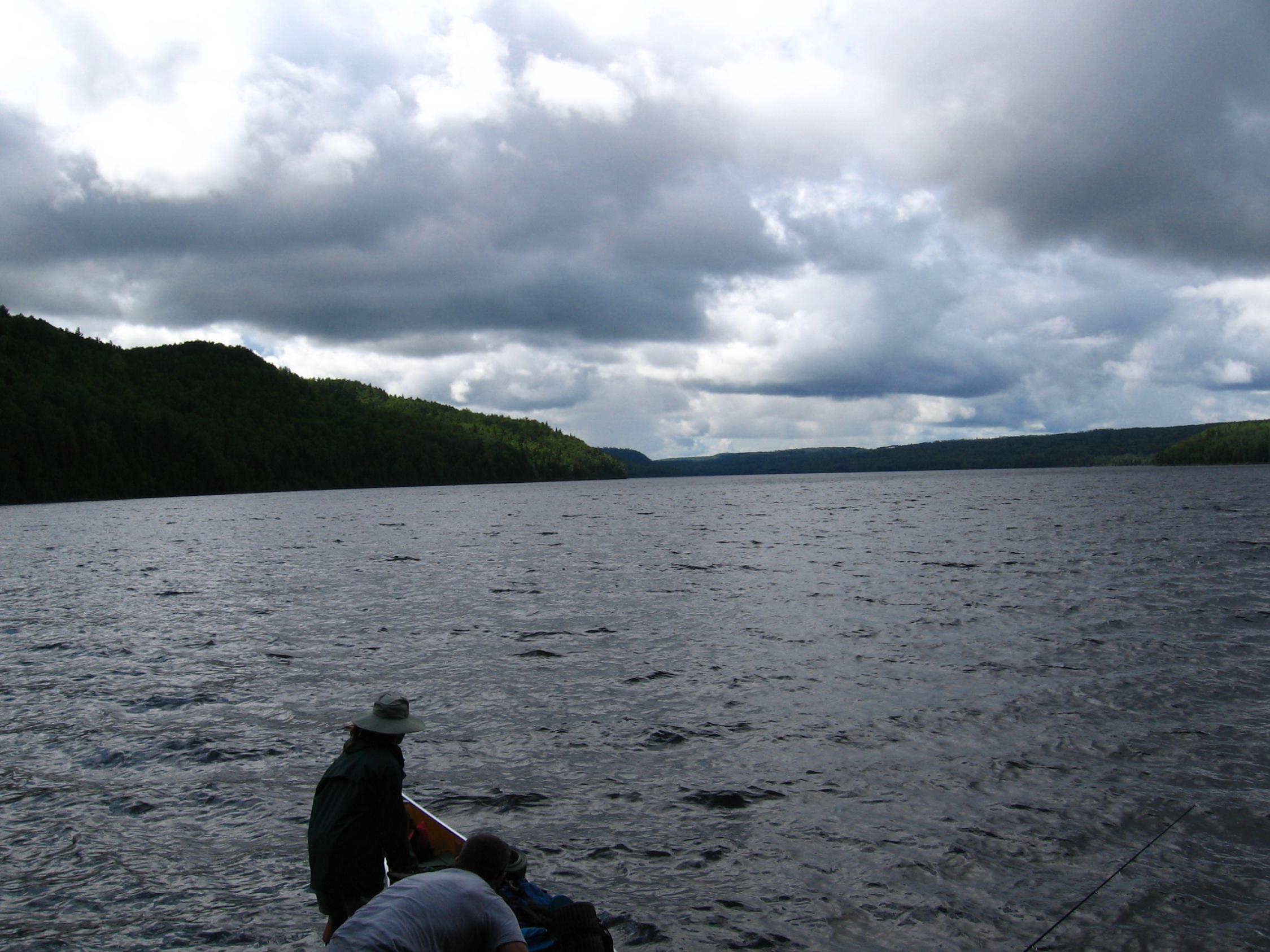 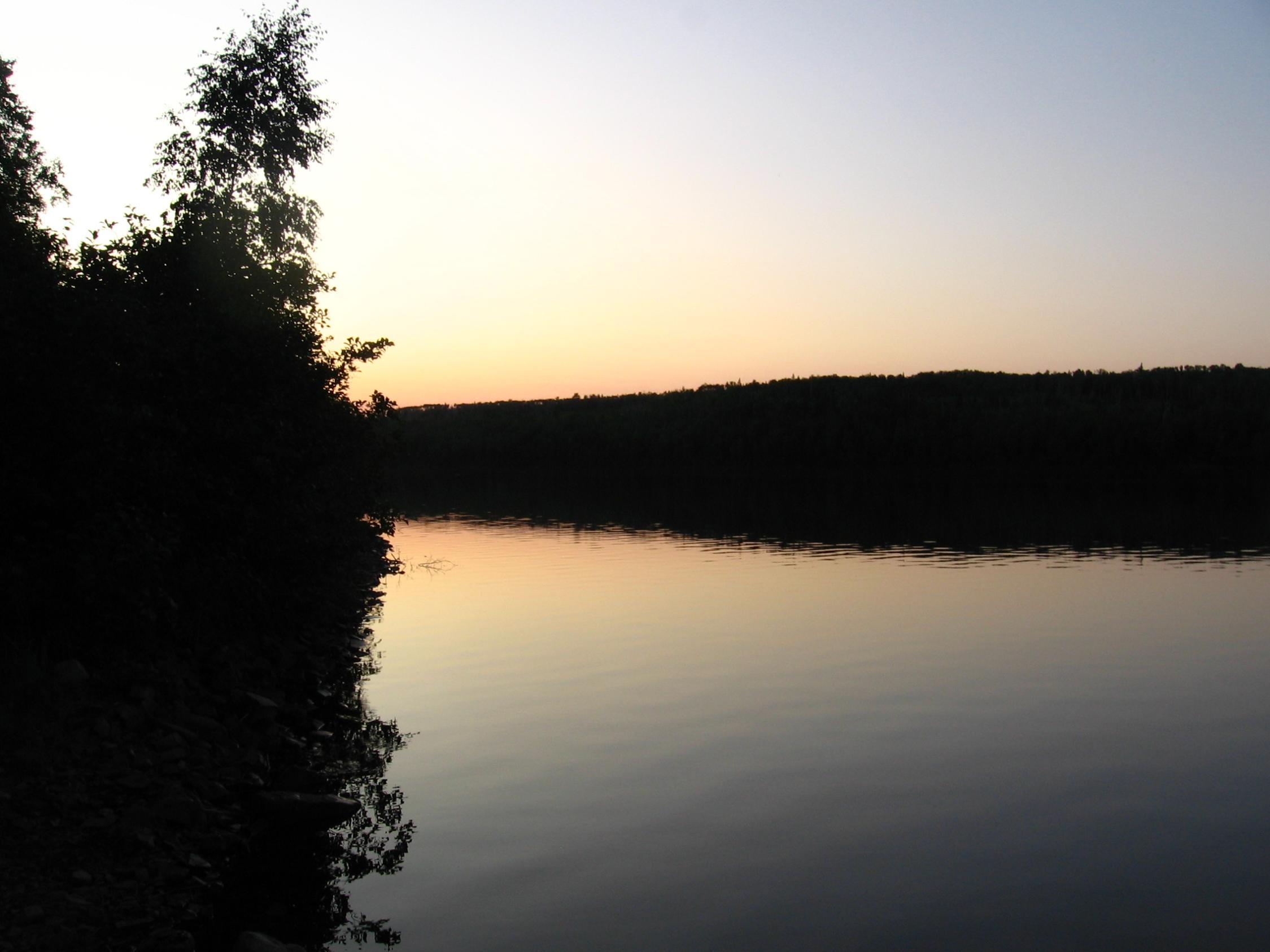