Isolation on Clearwater Lake
by nojobro

Yesterday, we’d left the kids with Grandma and Grandpa, posed for them in front of the Ely webcam, and went to bed early after supper at the Ely Steakhouse. Today, we got up at 4:30, and were happy to be up so early: it’s put-in day! We left the outfitter by 5:05 and went to Britton’s Café for a hearty breakfast of vegetable stuffed hash browns. Delicious, and very filling; a good start to a busy day. Our plan was to get to Bald Eagle and then see how we felt. If we felt energetic, we’d head off for Clearwater Lake, for a lovely campsite we’d heard about and for some solitude; it’s in a less-visited area, off the beaten path from Gabbro and Bald Eagle. I’ve never been anywhere where I knew there weren’t other people at least nearby, so I was excited for this experience. Just us, alone, in the wilderness. Oh yeah.

We drove to the entry point, #84, Snake River. Not far from Ely, speeding along Hwy 1, we smacked into a bird. Thump! it went on the windshield. Uh oh….poor birdie. We hope this is not an omen for the trip, but we’re still so excited that we soon forgot about the poor bird’s plight.

We had some trouble getting to the EP by following the route on our Fisher map; the forest road is not marked with the proper number. We had to turn around at one point but made it there eventually (note for the future: ask the outfitter for directions instead). The morning was overcast with solid gray clouds, and barely 60 degrees, but it didn’t put a damper on our excitement to get going. Even the threat of rain anytime was brushed off. We shrugged into our packs and headed off on the portage to the put-in with our first load. The portage is wide and easy, with a gravelly path, and slopes gently downhill from the parking lot. This goes on for quite a while, crossing over one footbridge and then later another, bigger one. The trail degrades near the end, and becomes a typical BWCA portage trail: roots, rocks, and mud. But for the most part, the trail is very easy, though long (an estimated 270 rods, longer than it’s listed on all the maps).

We made our second haul over the portage, and finally…finally…we were dipping our paddles into the water. We surprised a big painted turtle, who quickly swam off away from us underwater. The Snake River here is very narrow, and sometimes it seems like there’s hardly any room to go straight, much less make the turns. And turn it does, many times. It’s aptly named. We made friends with the brush on either side of the river; even with John’s deft steering, there were times where getting up close and personal with the foliage could not be avoided.

It wasn’t long before we were at the first real portage of the day. It’s on the east bank of the river, not the west, as indicated on the McKenzie, Fisher, and Voyageur maps. Also, there are three portages, not two. The maps here are completely wrong. Trust your BWCA.com friends, not the maps. ;-)

The portage was short and rocky and we were soon on our way again. A few more bends in the river, another portage. This one was longer than the first, and would be longer than the third. Rocky. But still an easy haul. The third portage came up not much later, and was easily tackled. Directly after putting back in from the third portage, we saw a grassy and muddy bank on the west side of the river. A portage? We weren’t sure. Seems like we thought there were only supposed to be three of them. We back paddled to stay in place and pondered our options. I was just about to get out of the canoe and scout it out, when two men suddenly appeared from the depths of the forest. Low and behold, it was GrampaMike and his paddling partner. He said they were leaving a day early, as the winds on Bald Eagle had foiled their fishing plans. We asked about the portage, and the partner told us it was only a path to a “stinky pond.” We declined to get out, and thanked GrampaMike and his friend for saving us from a portage to nowhere. Oh, excuse me…from a portage to a stinky pond.

Around the next bend, the Snake River opens up and the sides become lined with weeds and grasses with a narrow channel down the center. It winds and twists its way toward the Isabella River. Bend after bend we followed the river, enjoying the sunshine when it decided to peek from behind a cloud; the clouds were starting to break up, pushed along by constant winds of 10-15 mph. At times, the river is choked with weeds and one must push the paddle on through. It wasn’t too long before we reached the Isabella, and paddled there for a short while…we’d reached Bald Eagle Lake. BE is a large lake, and the winds were having a field day. There were some white caps on the waves, and there were some rollers going. We decided we wouldn’t be heading all across the lake to the portage into Turtle Lake today; we’d just paddle as far as we had to for a campsite. We disagreed on which shore to canoe along; in the end, I deferred to John’s superior paddling experience. It ended up being the wrong choice; he claims the wind shifted after we got out onto BE proper. I think he was just mistaken. ;-) No matter; we didn’t swamp the canoe or get pushed against boulders, though it was some work on our part to avoid these things. We had to paddle our little hearts out. Thank goodness I can paddle fast when needed, if it doesn’t last too long, and John is a consistently strong paddler. He is really a pleasure to canoe with, at least when the winds aren’t blowing so strongly. That is never very fun, no matter the partner. I didn’t like this stretch of paddling one bit, and was getting pretty tired, but the third campsite up on the east shore was open and we claimed it as ours for the night.

First, we ate lunch. We were pretty darn hungry after the morning’s work, though I must say those hashbrowns lasted a good long time. I wish I had some more right now. Anyway, for lunch we had a no-cook freezer bag cooking meal, “Southwestern Chicken and Corn Wraps.” These are delicious! And so easy to make after it’s prepared at home: just add some cold water and let it sit for 10 minutes or so. Drain off extra water, add ranch dressing, spoon onto tortilla, add salsa, and chow down. We really liked this one.

The campsite was obviously well-used, slightly abused, but adequate with a nice fire grate area. The cooking/tarp area had a really nice rock for a table, and there were decent tent pads. After setting up camp, I gave into being tired and took a nap. For two and a half hours. John kept himself busy around camp, perfecting his tarp, the bear-bag hanging system, and pumping water.

I was very refreshed when I woke up, and set about cooking dinner. We discovered our steak still mostly frozen, so we put it in a pan of lake water to speed its thawing. I gathered the rest of the meal, which was two freezer bag cooking dishes: “Buttery Trail Carrots” and “Veggie & Bacon Salad.” We cooked our steak, re-hydrated our sides, and had a fabulous feast. The Veggie & Bacon Salad is particularly good; I would eat it again right now. Yum. For dessert, we had “Piggy Pudding.” This one isn’t so good. At least, we didn’t think so; neither of us cared for the taste of the powdered milk in it. We sat around our fire for a while and enjoyed the lovely evening. The winds had abated, and Bald Eagle was calm again. Peaceful. Serene. We knew there were other people on the lake, but couldn’t hear or see anyone. I would have stayed up later, but John, who hadn’t napped, wanted to go to bed. I didn’t want to sit up by myself. I thought I wouldn’t be able to sleep, but once settled in, I nodded right off, listening to the slight breeze drifting through the cedars.

In the night I had a bit of a nightmare. A bear was getting into our things, digging around right in the vestibule of our tent. Then he ransacked our hanging bag. I kept trying to wake John up to tell him, but couldn’t seem to. Then the darkness of the dream lifted, and the bear started talking to us. He was like kanoes, only in bear form. This board is even invading my dreams! 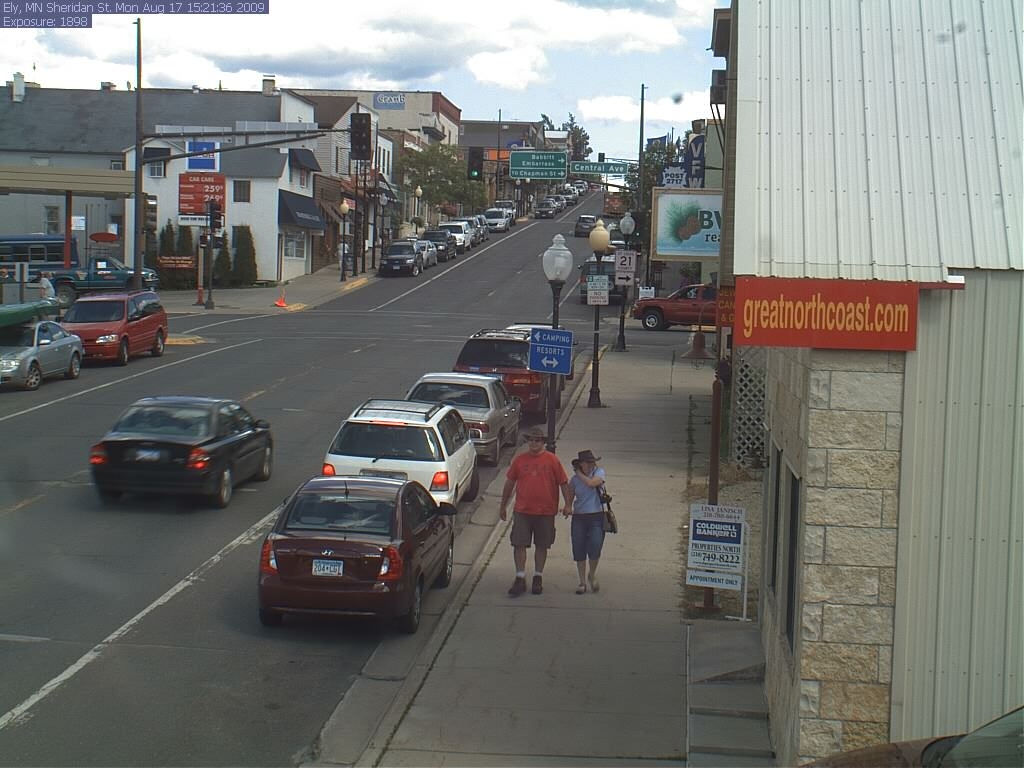 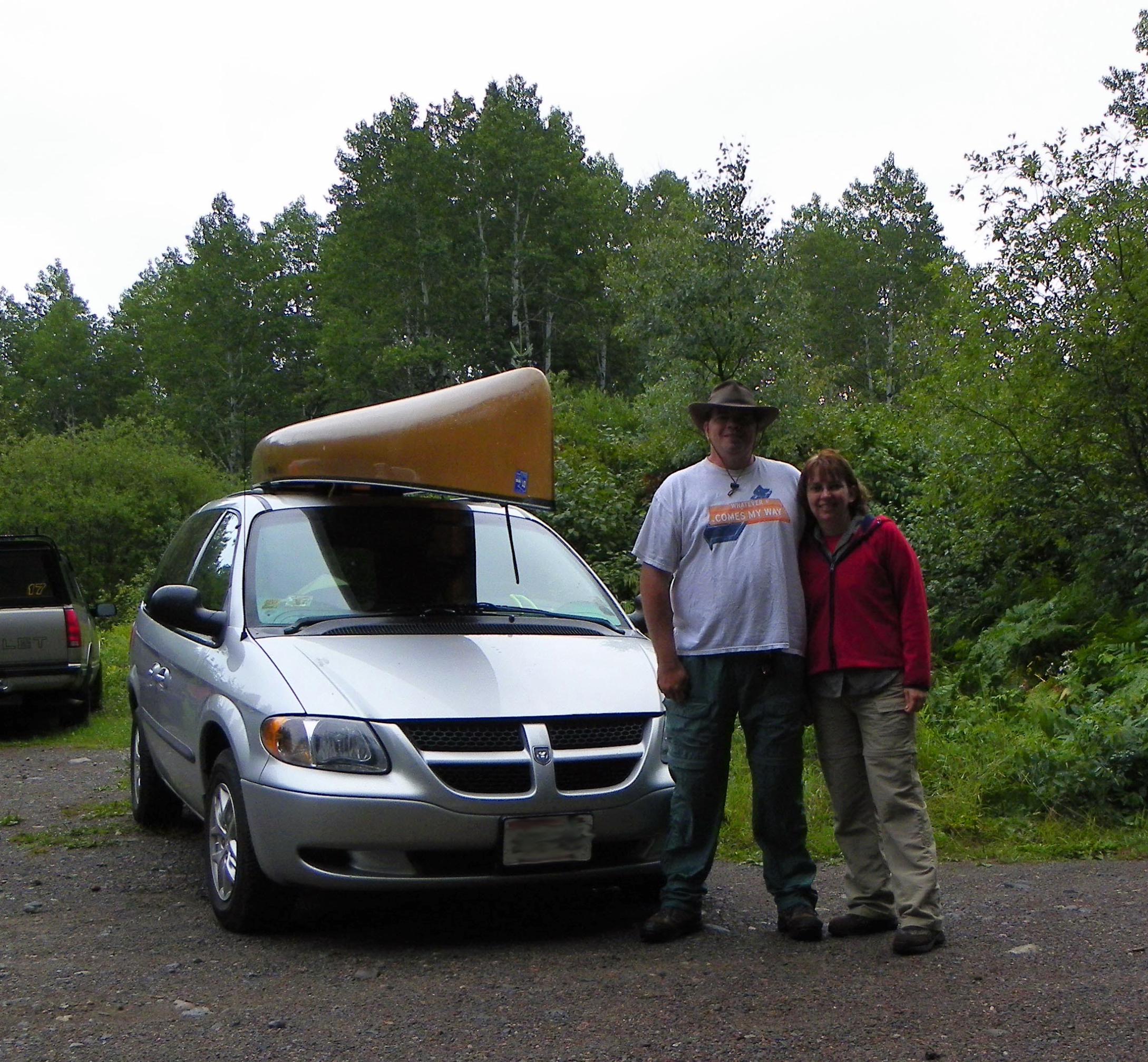 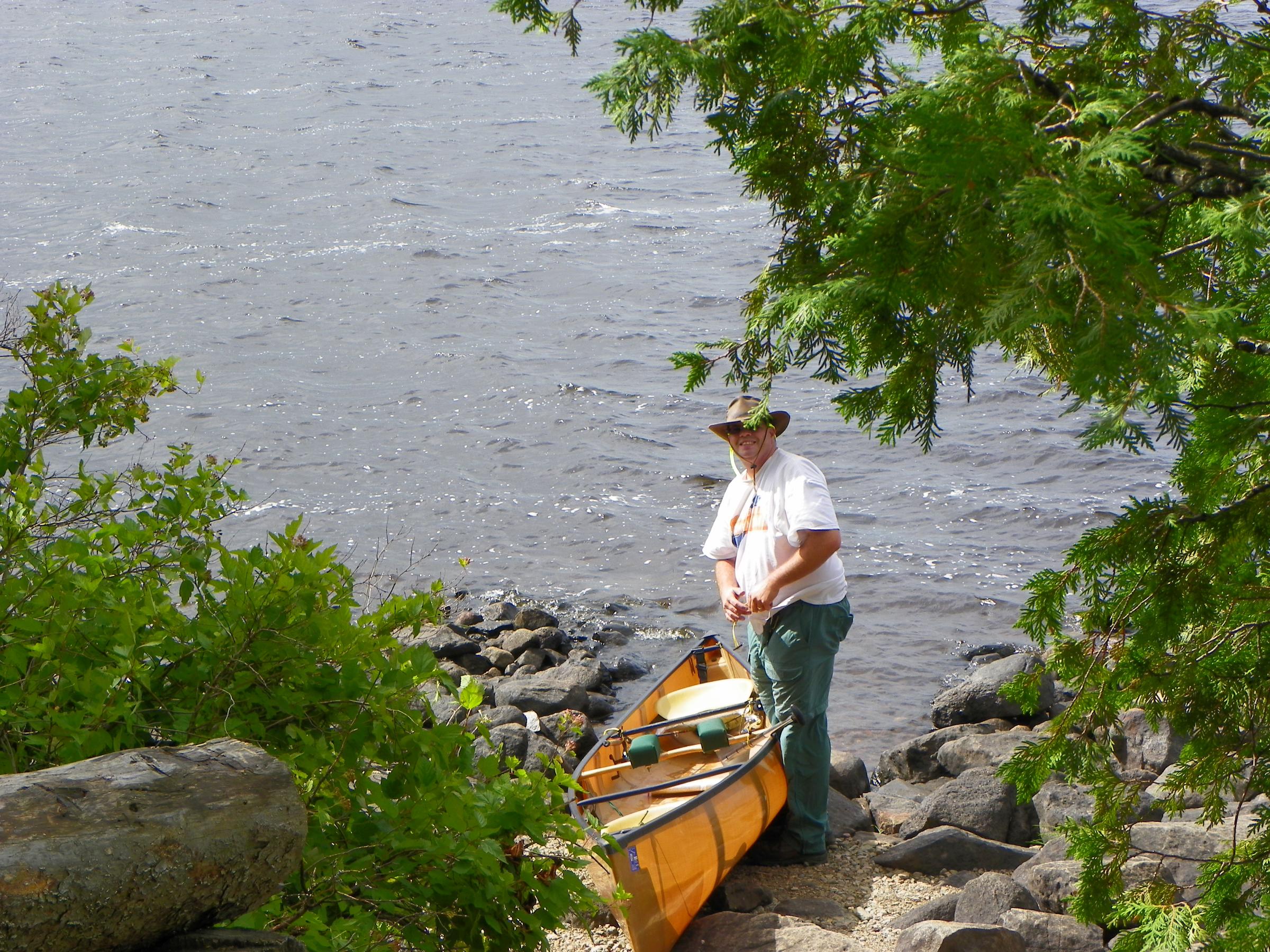 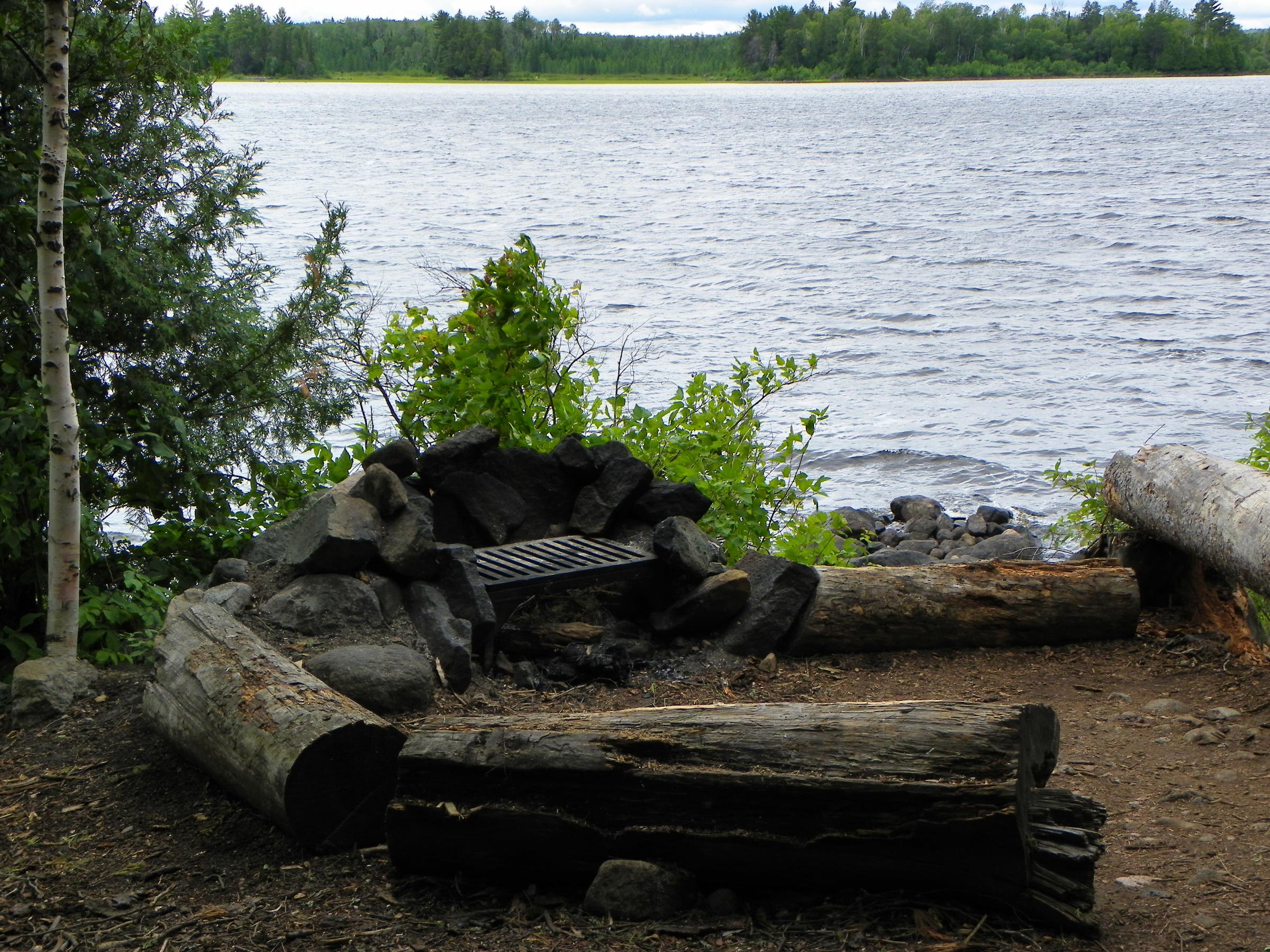 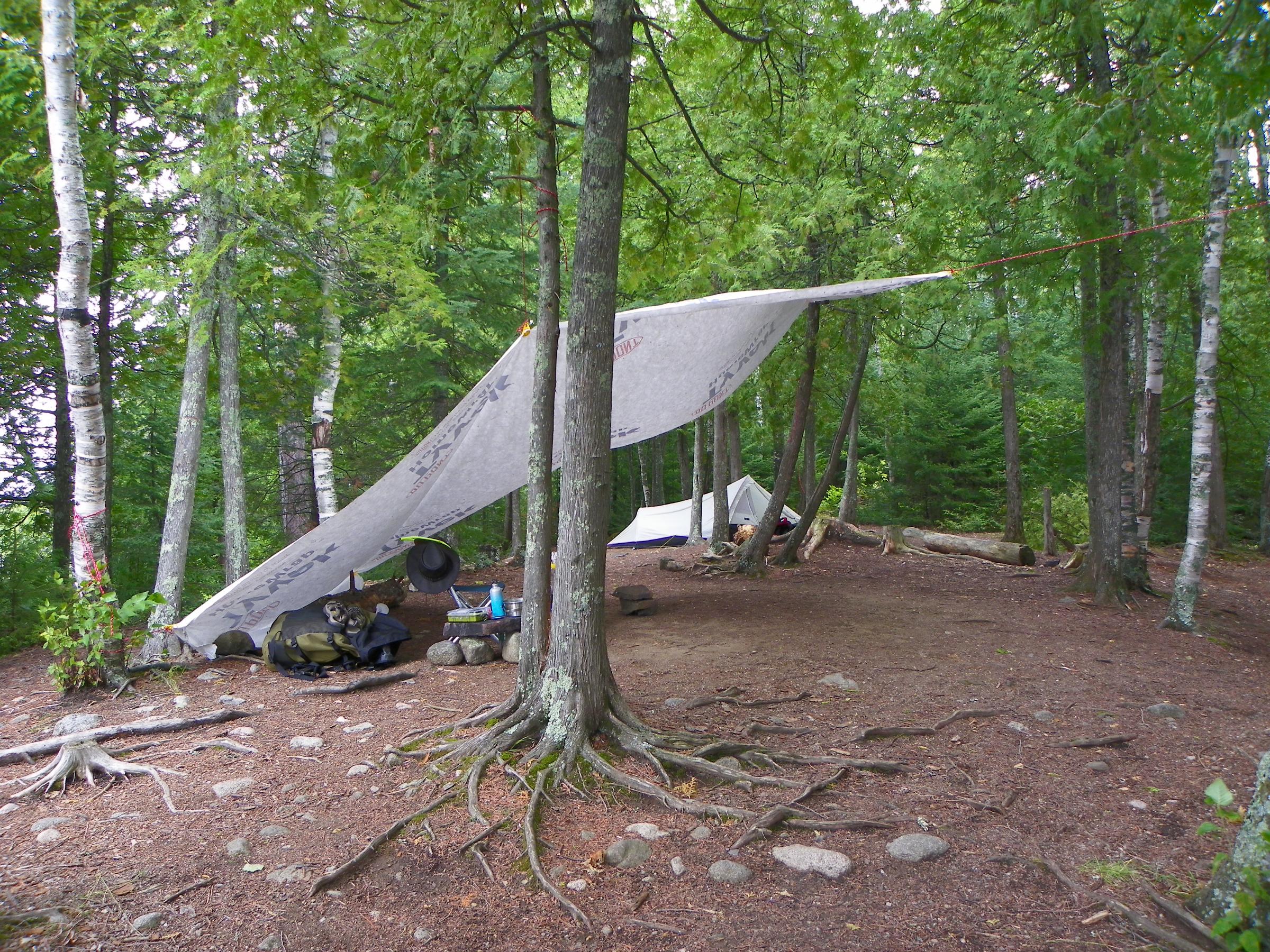 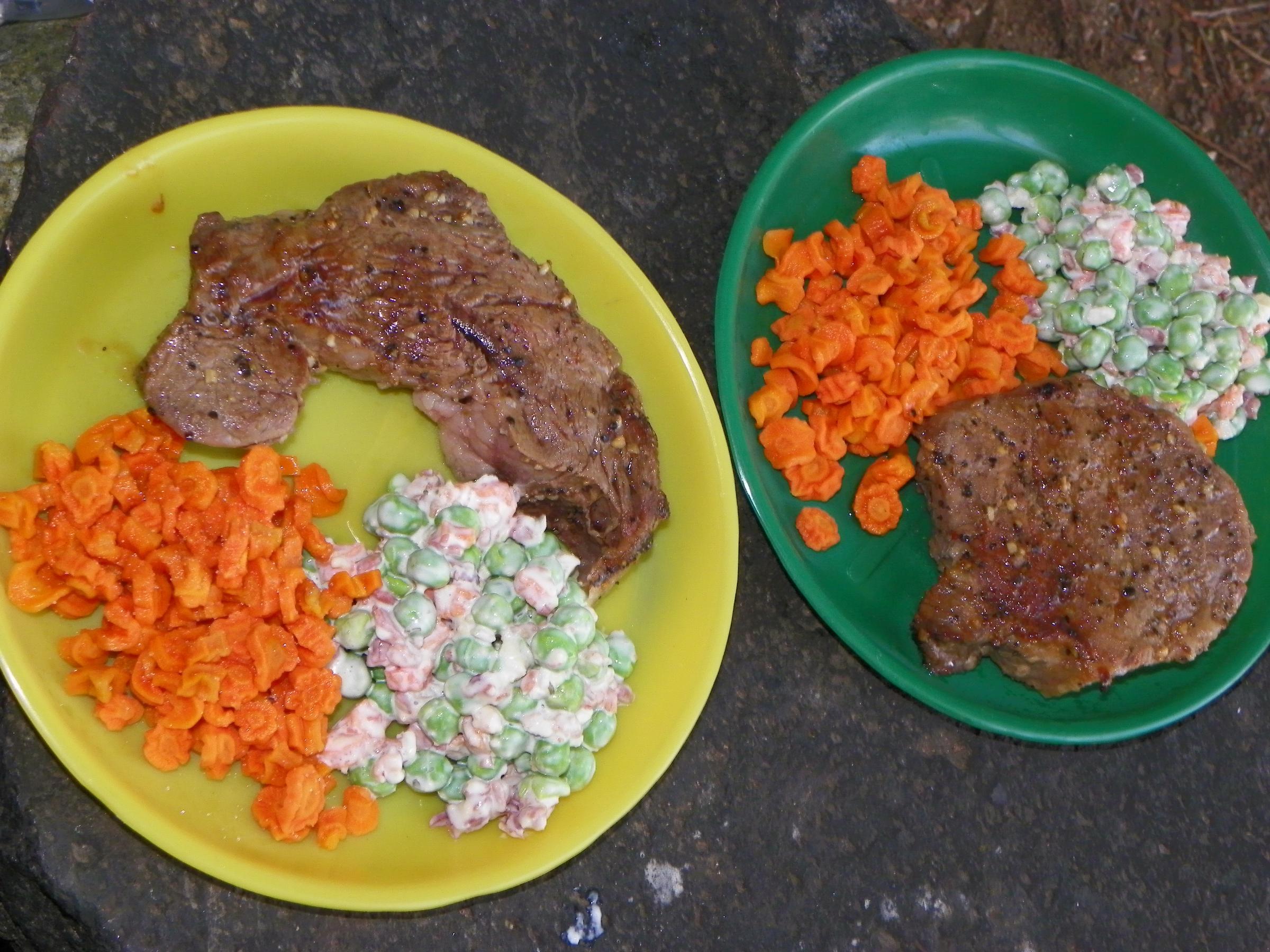 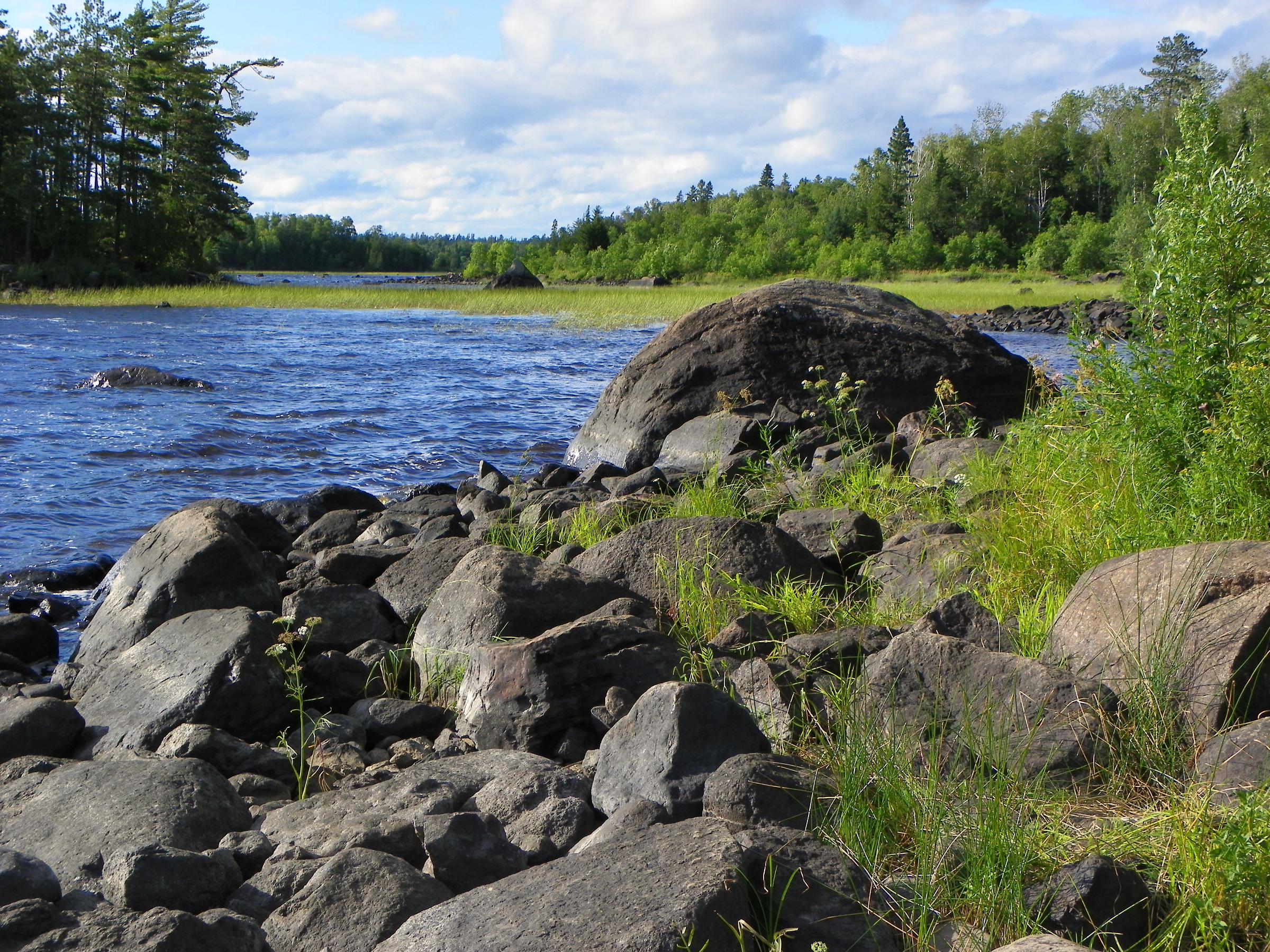