Far Reaches of the Gunflint
by marc24

Trip Type: Paddling Canoe
Entry Date: 07/13/2009
Entry & Exit Point: Seagull Lake (EP 54)
Number of Days: 11
Group Size: 4
Trip Introduction:
For the 4th year in a row, my parents, wife and I made a trip up the Gunflint Trail. We decided that we wanted to make it a longer adventure so decided on 10 nights-11 days with an entry on Seagull Lake (same as the prior year). Our outfitter of choice has never changed, thank you Hungry Jack Outfitters again.
Discuss Trip: View Discussion Thread (8 messages)
Day 1 of 11
Tuesday, July 14, 2009

After two hard days of travel, 1200 miles total, we all slept well the night before and awoke at about 5:45 am and prepped for the days ahead. Although we have been making a trip to the BW for a few consecutive years, this year we decided to add a bit of excitement and prepare all of our own food. I got a dehydrator for Christmas and was more than excited to use it in preparation for this trip. We had a good breakfast courtesy of our outfitter and hit the road for an entry on Seagull Lake. After having our permit checked by a forest service ranger, we were on our way.

Our destination for the day was Jasper Lake, knowing that it is in the burn area but not caring much. We all find the burned out lakes kind of interesting in some strange way. I rigged up a deep diving crankbait for the trip across Seagull and within the first half mile hooked up with a nice walleye. We fish a lot on our trips here but not really for walleye. In four years it was the first one I ever caught. Very cool. Would have liked to have a pic but the wife decided to let it off the line while netting it. Oh well.

The paddling across Seagull was otherwise uneventful as was the paddling through Alpine and onto Jasper. We had been through here the year before and knew that the sites on Jasper were well scorched but that the ones at the western end of the lake were in decent shape. Headed for them but naturally they were occupied. Stopping on another site for lunch, we decided we should have lunch before moving on. This site was in miserable shape. Our first experiment with our own food was nothing more than disgusting. The plan was for refried beans, salsa/cheese burritos. We vacuum sealed the beans but apparently once exposed to air they sour rapidly. Rancid is a good word for them. Oh well, it was the only meal on the whole trip we were not satisfied with. We eventually settled on a site on the southern part of the lake. It was sunny when we set out in the morning but now it was drizzling, chilly, and downright nasty. We had an early dinner of bratwurst (because of lack of lunch), fished for a while near the site catching smallies and pike, and headed to bed early. IN THE RAIN! 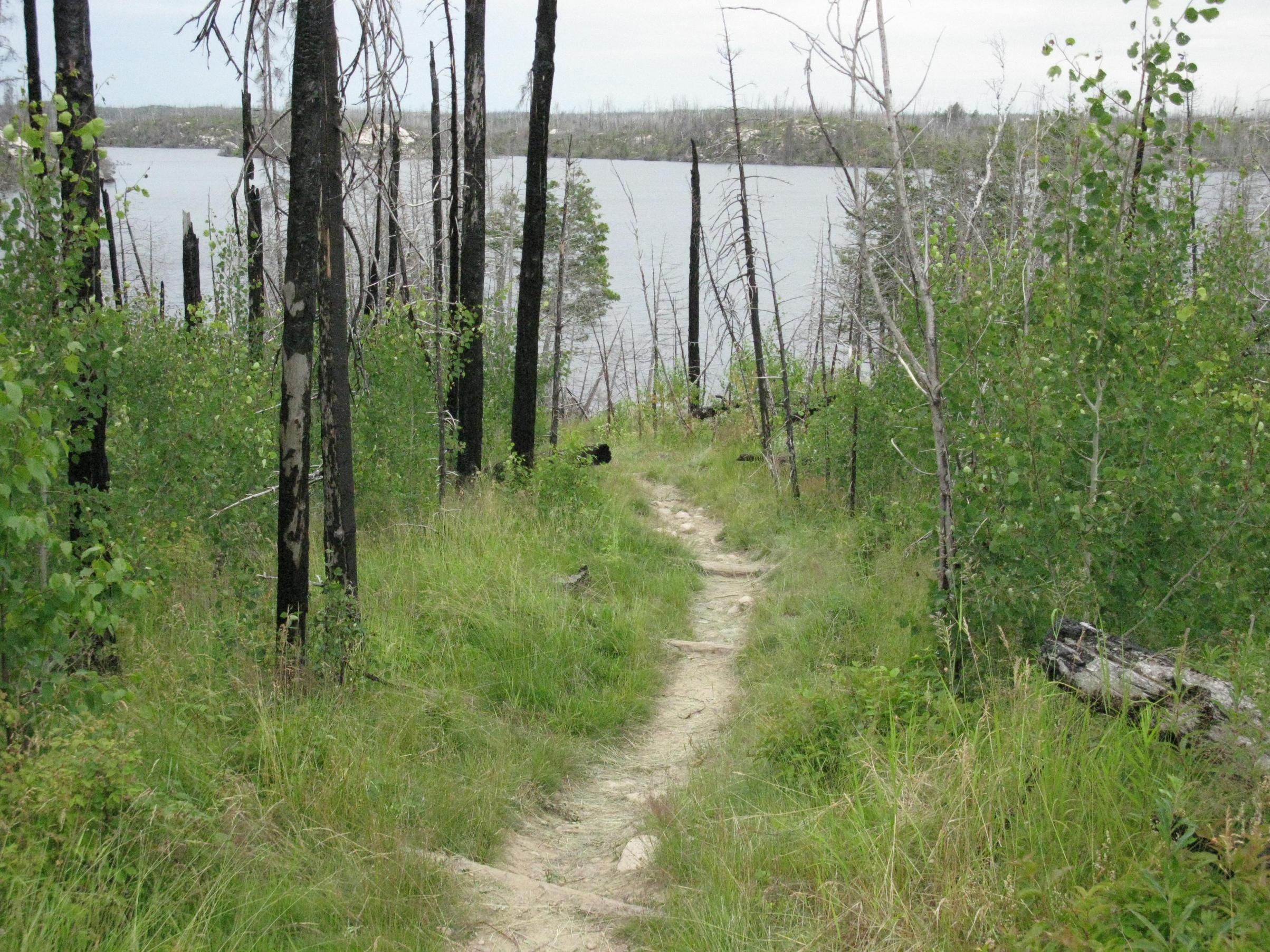 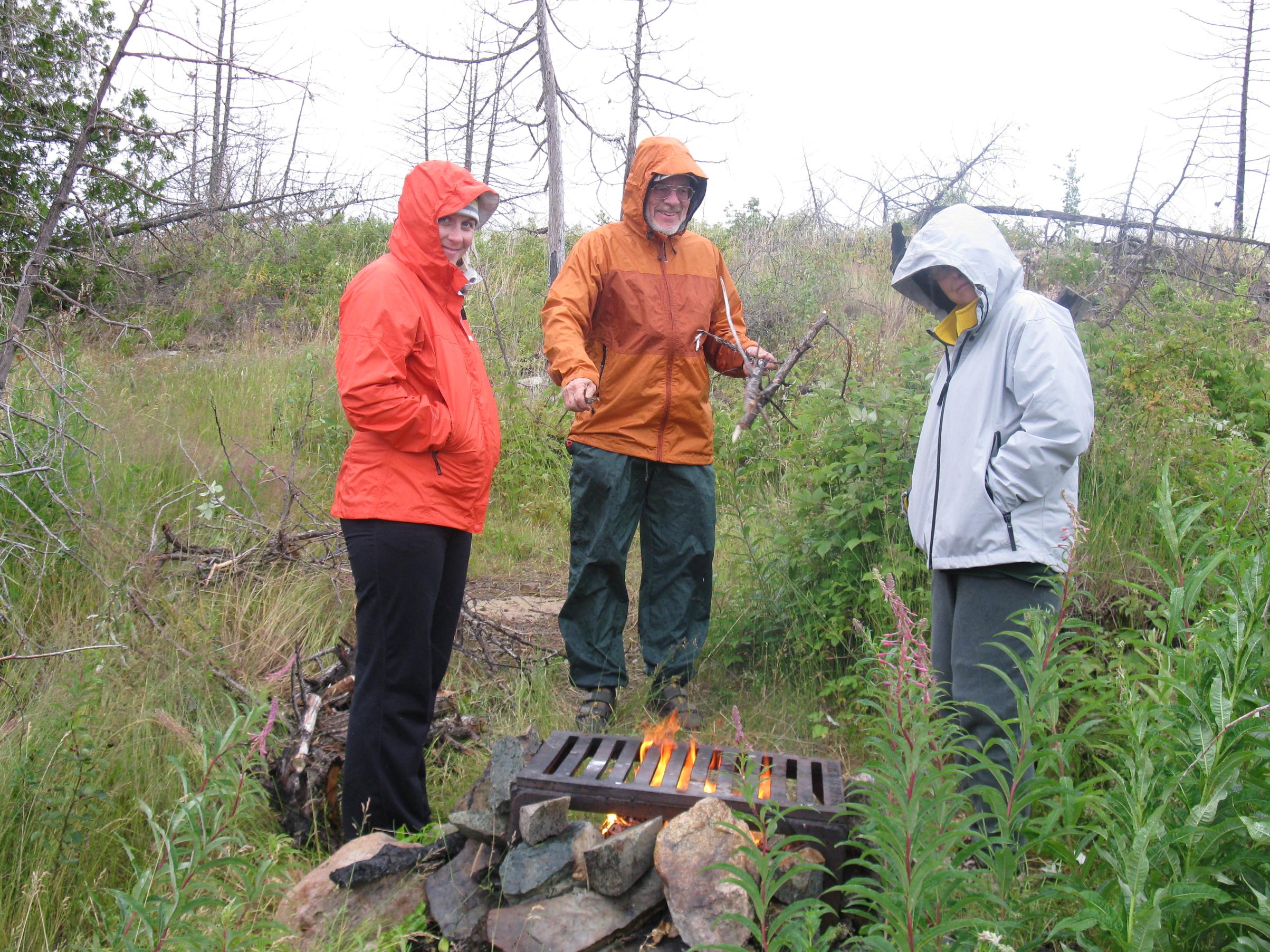