Trip Type: Paddling Canoe
Entry Date: 06/06/2009
Entry Point: Little Gabbro Lake (EP 33)
Exit Point: South Kawishiwi River (EP 32)
Number of Days: 6
Group Size: 4
Trip Introduction:
Again I am fortunate to be asked along by my son's father in law, Terry, and his friend John, who brought his grandson Cody. John organizes this trip each year and makes the trip from Illinois. With his van and canoe trailer it's about an 8 hour drive from my home. Last year we enjoyed our trip on the Isabella River enough that we wanted to try another river trip.
Discuss Trip: View Discussion Thread (6 messages)
Day 1 of 6
Saturday, June 06, 2009 On day one we started around 6 am and had what I hoped to call an uneventful trip, however we had one really scary moment on the drive. While on Hwy 53 outside of Trego, WI we were cruising along when without warning the car ahead of us slammed on its brakes causing us to jam on ours and change lanes narrowly missing the car with the canoe trailer. As we sped by we saw the reason for the near catastrophe, a duck waddling across the road!

We picked up our permit at the Beaver Bay Sport Shop. As we traveled on we witnessed a really incredible sight. The scenery on hwy 61 is spectacular enough but we saw an event sponsored by Beaver Bay Sport Shop where they were trying to set a world record for number of ATVs at a single event. We caught sight of the long line on the trail that borders the hwy and then we went past the staging area. We couldn't imagine how many we saw but there had to be hundreds if not thousands of them just waiting to join in the procession.

We arrived at entry point 33 (Little Gabbro) and unloaded canoes and gear amid a swarm of mosquitoes and flies. Even though it was warm we put on long sleeves and it was bearable. The 200 rd portage wasn't too bad but you realize right away that you can always be in better shape! We double portage and on the return trip there was a clap of thunder and the dark clouds rolling in were visible through gaps in the trees. We made the final portage leg with the amount and volume of thunder increasing. As we loaded up to push off we were trying to think on the fly just what we wanted to do with a storm bearing down on us. Some guys fishing at the EP said the first site on the left was where they just left and they knew it was open. In just a hundred yards or so we were there and pulled in to see what the weather was going to do. Suffice to say we had other plans but when it started to hail we put our big tarp. As the hail changed over to rain we figured that before stuff got soaked wed set up camp #1. It was a tight spot for 3 tents but we got them up quickly. It rained lightly on and off the rest of that day and into the night - just enough to get things wet but still give us some nice moments. We did have a sunny break that evening where I fished while the rest explored. As I swung quietly around a nearby island I glided up on a deer that was minding its own business. I didn't want to frighten it but I did glide pretty close before it chose to move on. That night it rained some more and I found water in my tent. I am now an innie believer because I found in my haste to put up my tent I allowed my groundcover to stick out on the backside of my tent and the rainfly was directing a rivulet right between the groundcover and tent. 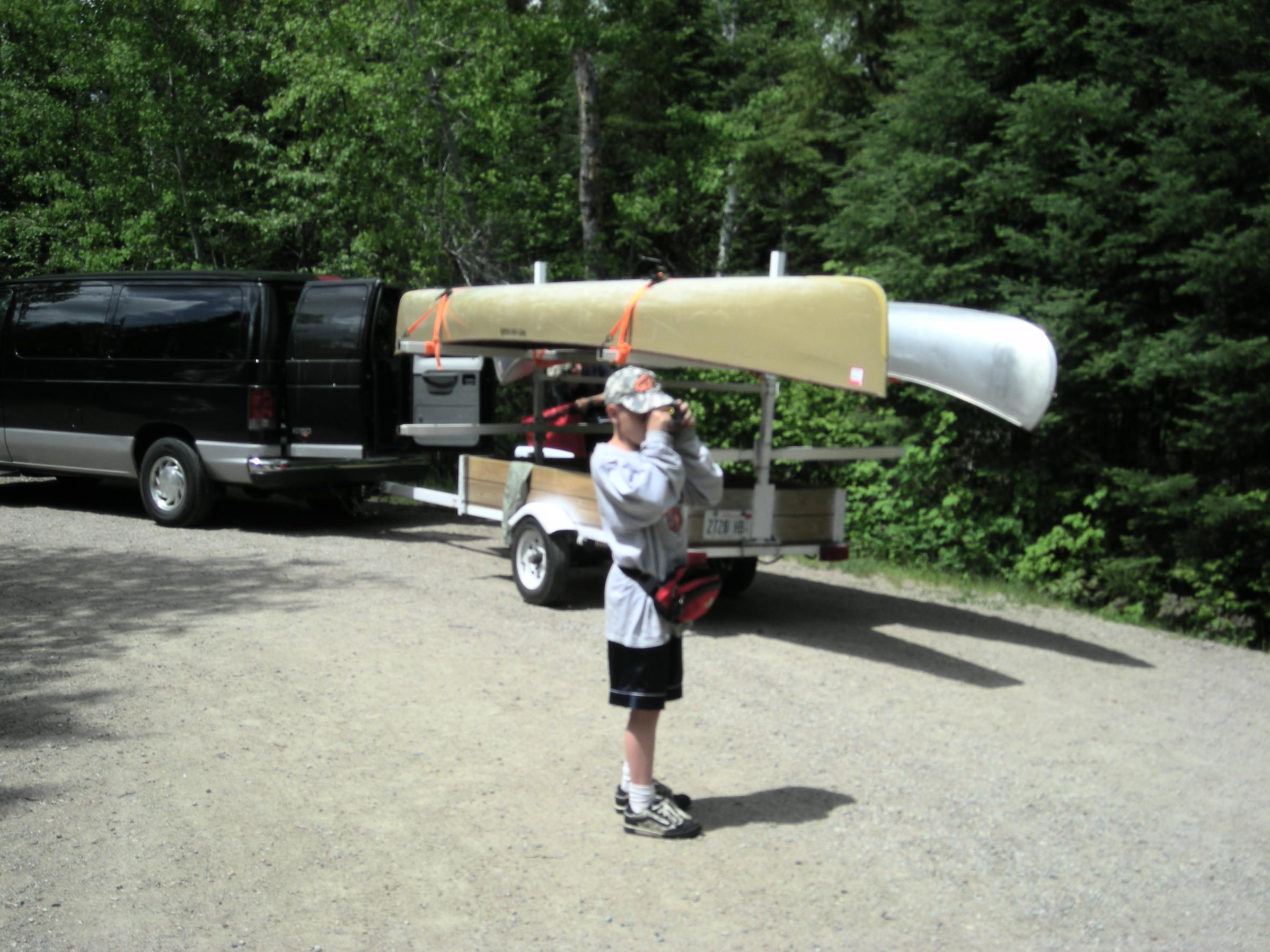 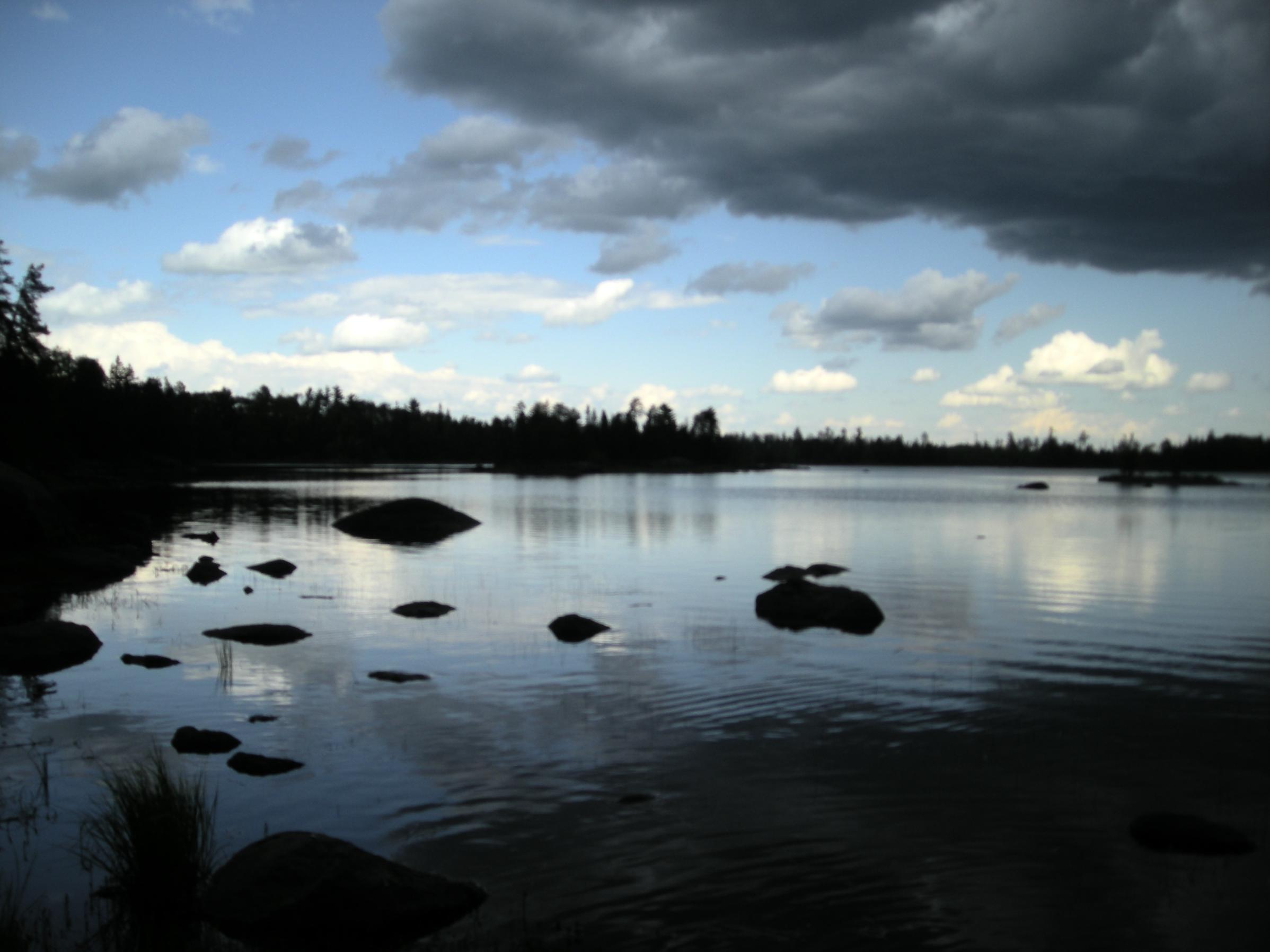 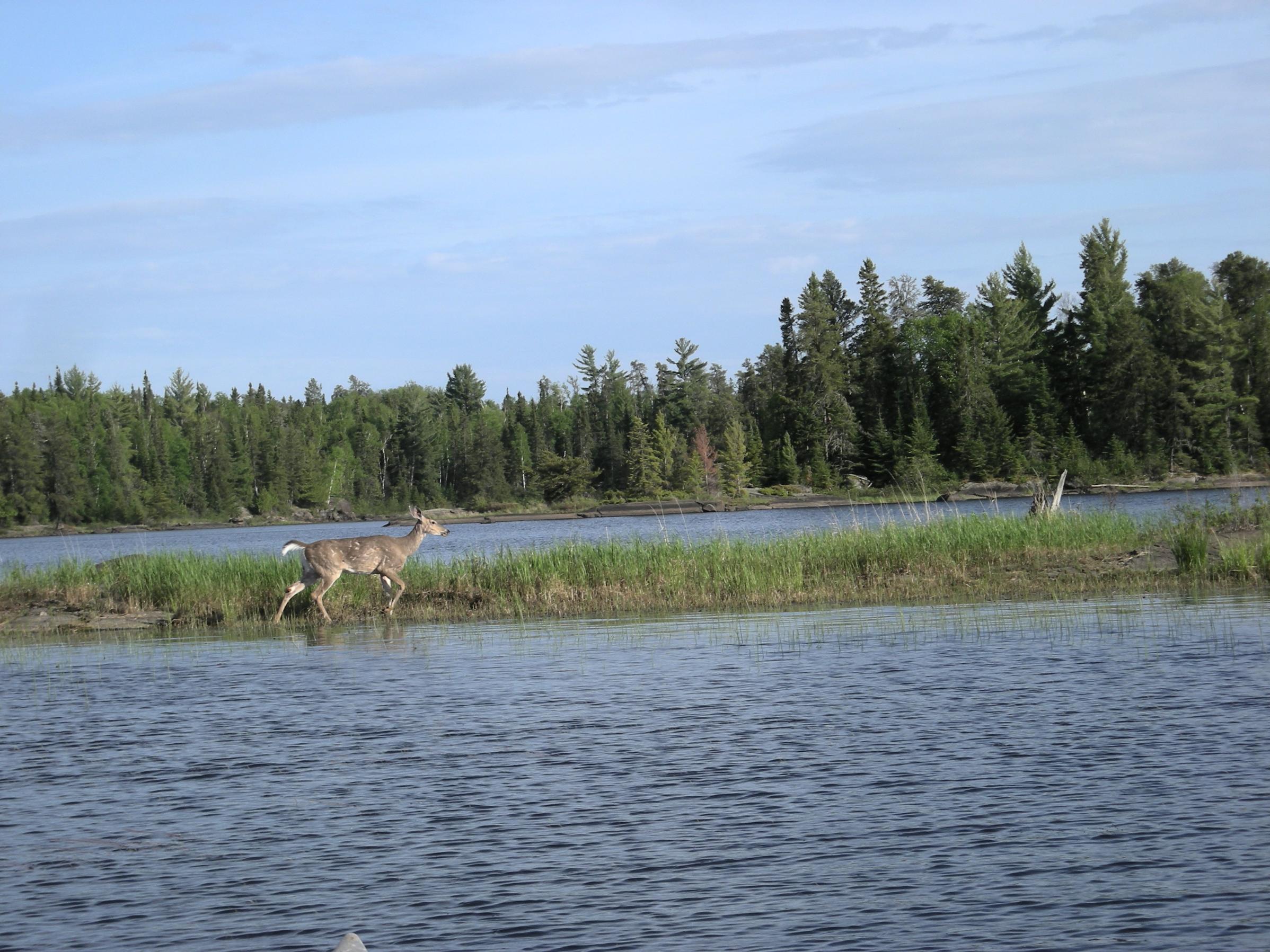 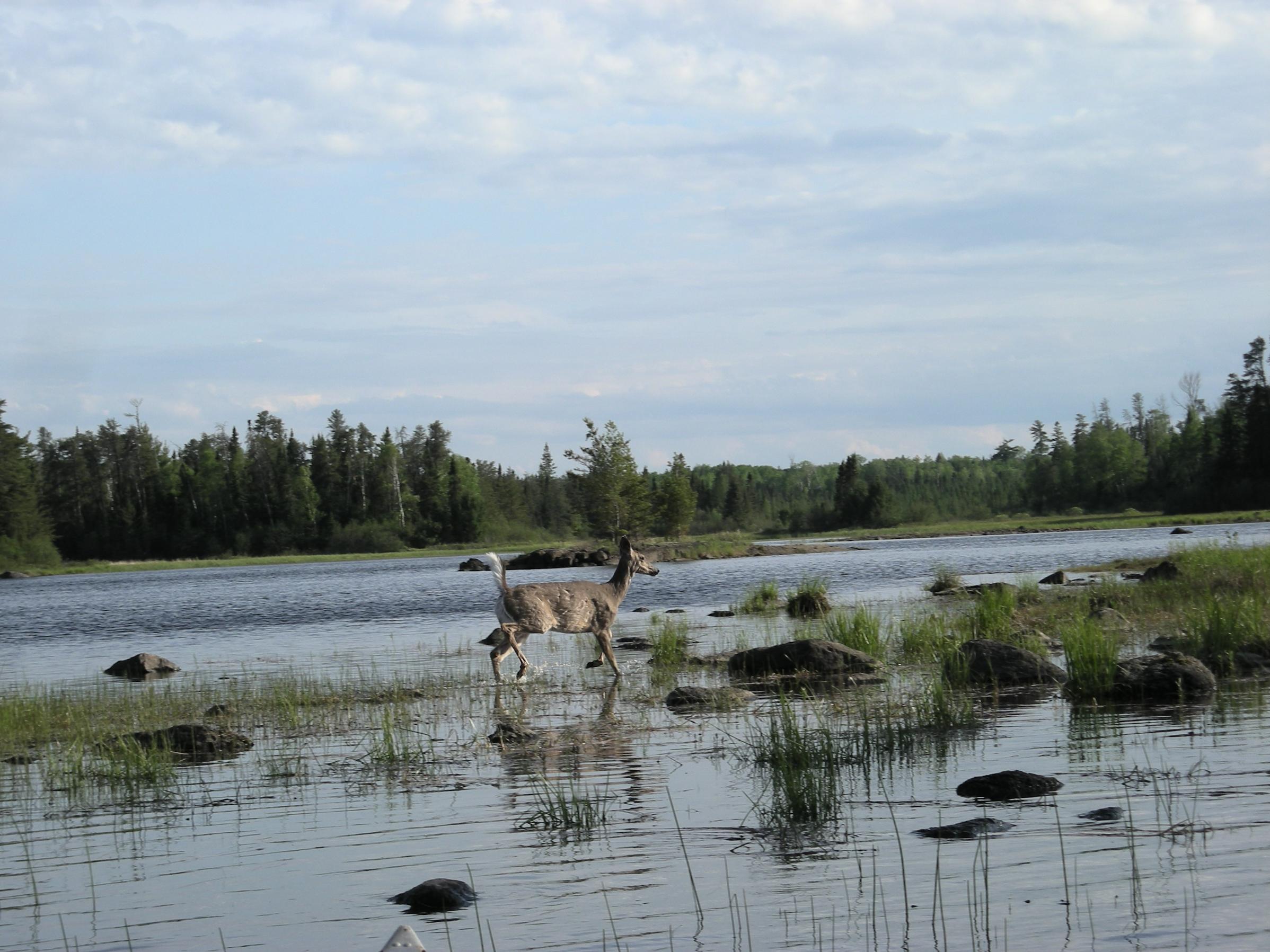