I’m guessing it was the beginning of September when we shoved off on Kawishiwi Lake on our groups first Dadless trip with goals of camping on the Polly Island. This time we were calling all the shots. 100 pounds of food for 5 guys on a 4 and a half day trip did seam a bit much. After a leisurely day facing north we arrived to find the island all to our selves. After not really planning for a lunch, priority one was setting the beef on fire. One pound of steak each is not all that much for growing 125 pound greenhorns after a days work, but finding a place on the grill did seem challenging. The 5 pound grill was excessive but at least it ran on light weight charcoal! Making sure we all ate healthy, we accompanied the steak with butter loaded corn-on-the-cob. While dinner was cooking Dogger found a dead jackpine branch filled with unopened cones and draped it across his chest like Rambo would a with a slew of 50 caliber bullets then began shooting them via slingshot straight up into the air so they would randomly land on the patrons peacefully answering the dinner bell. Just about any teenager would applaud such an act. After a low-fat 3000 calorie dinner we left Benz, the non-fisherman at base and cut open the glass of Polly for a couple of northerns and bass. Once the big flashlight in the sky dimmed we began our first of many traditions: Shots of WI proof-EC around the first nights campfire. Sugar plums were clearly soon dancing in all of our heads and we hit the hay with ease at an unknown time. This is a picture of Vanny's cut of beef. 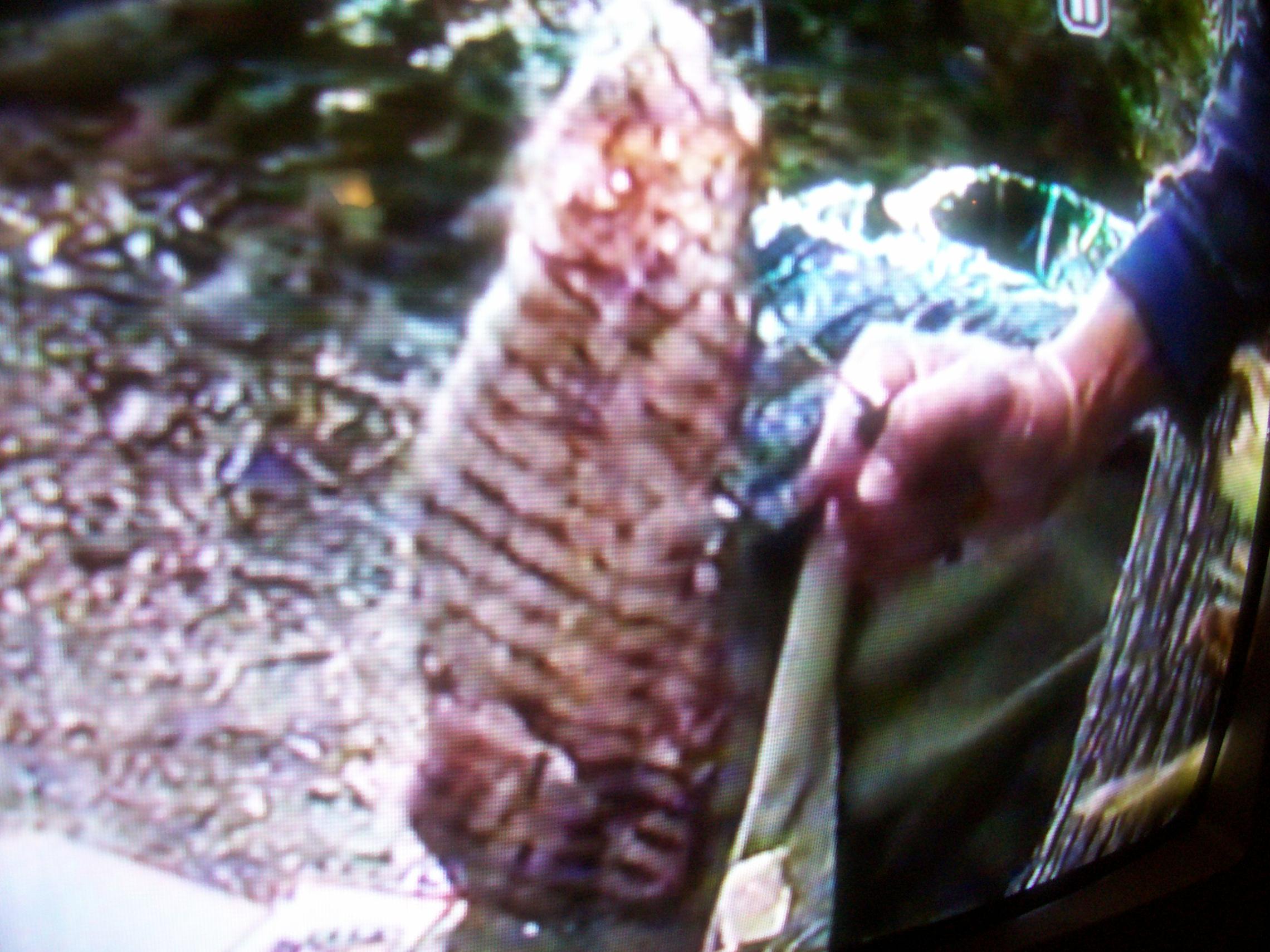