Taking advantage of the nice spring weather and early ice-out on the lakes, I packed up the canoe and headed out for a quick paddling trip.

Taking advantage of the nice spring weather and early ice-out on the lakes, I packed up the canoe and headed out for a quick paddling trip. Heidi and I were originally going to do a backpacking trip along the Pow Wow Trail, but concern about a sore heel caused Heidi to rethink that. Instead, Heidi decided to camp up the Echo Trail while I canoed into the BWCA at Mudro Lake. The plan was to meet up at Angleworm Lake in a few days. 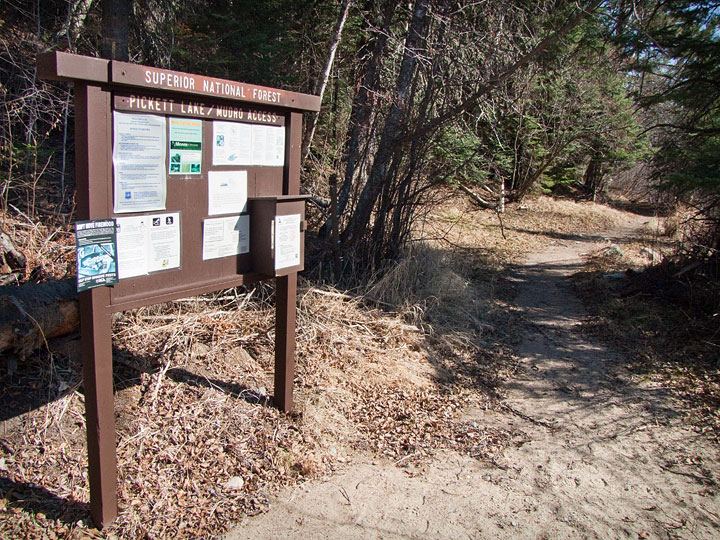 On Wednesday morning I set out from the Mudro Lake entry point. I chose Mudro Lake because I had not yet traveled this area, and when the canoe season is in full swing it can get a little crowded here (crowded for the boundary waters, anyway). This morning there was only one truck in the parking lot. 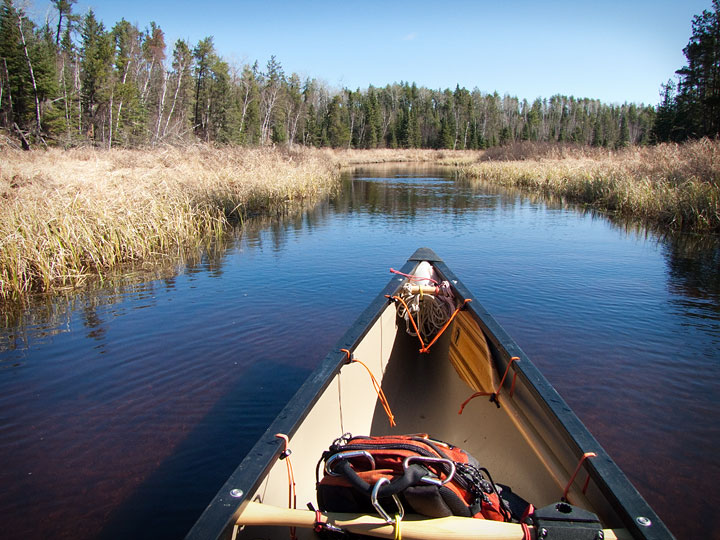 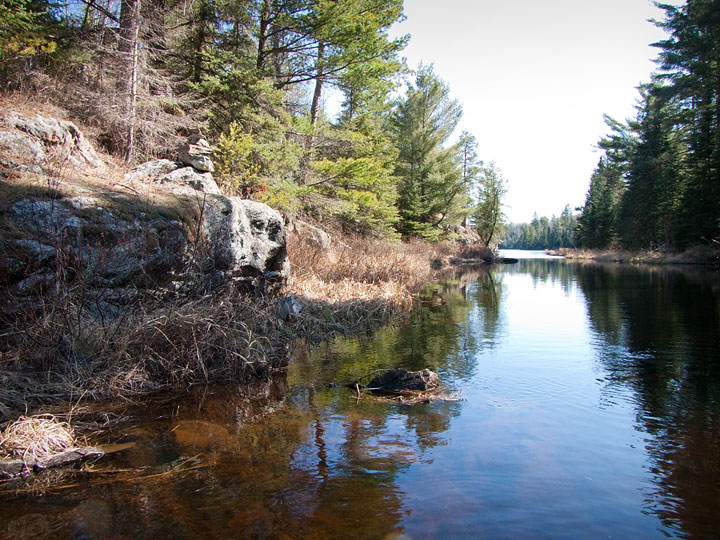 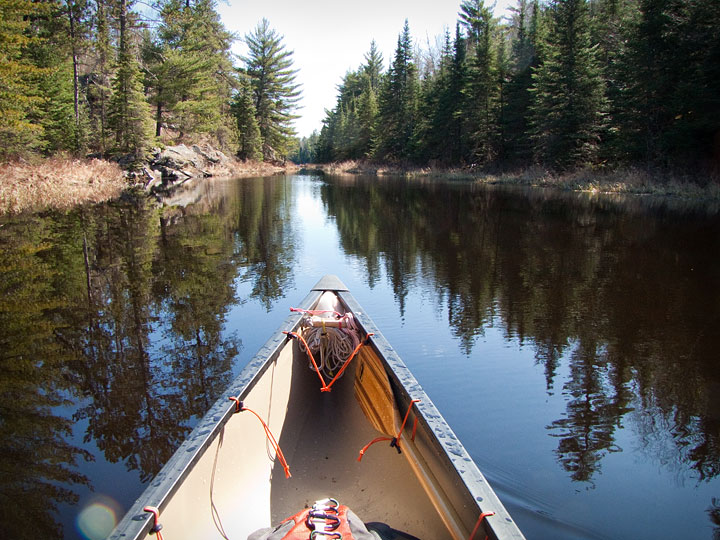 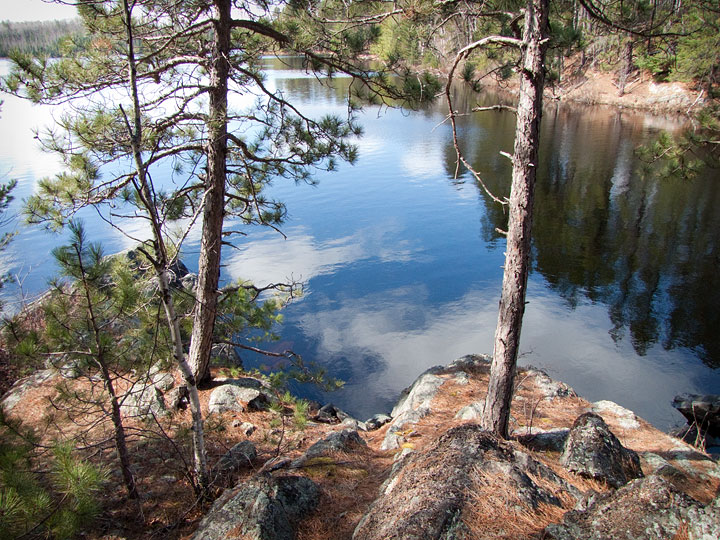 This first day took me from Mudro Lake, across three portages to Fourtown Lake, and then over successive portages to Boot, Fairy and Gun Lakes. I setup camp on Gun Lake in the evening. My pace was leisurely, and I stopped often to take pictures. It's easy to forget the feeling of paddling in this paradise of quiet and solitude when you're away for any length of time. 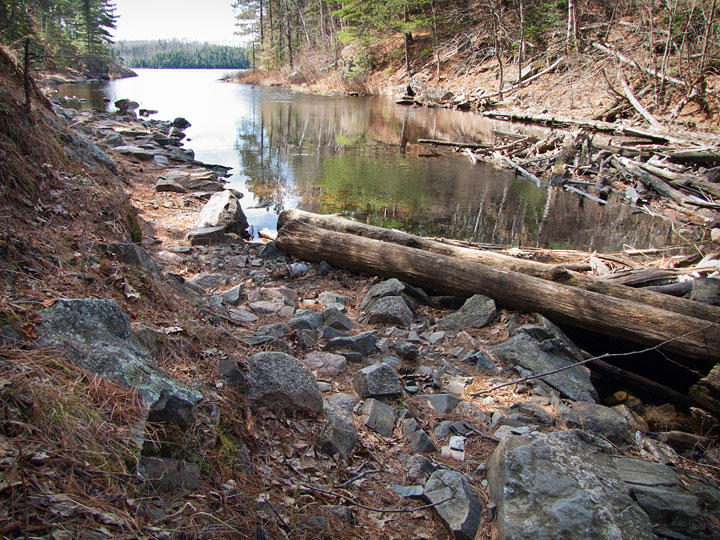 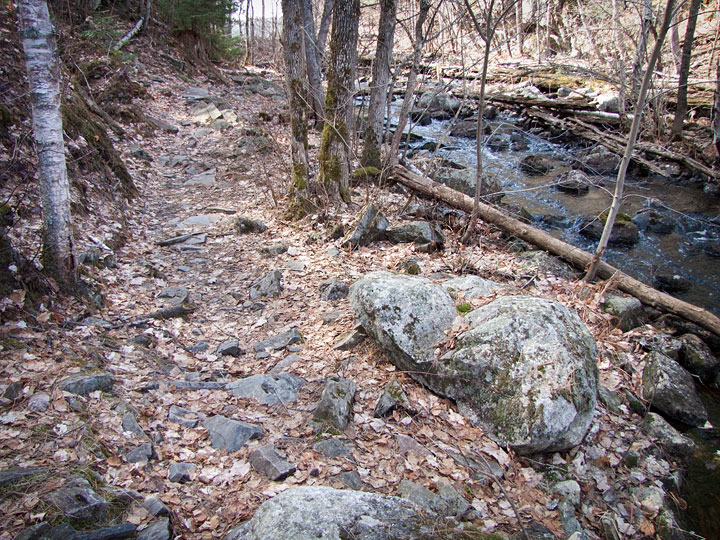 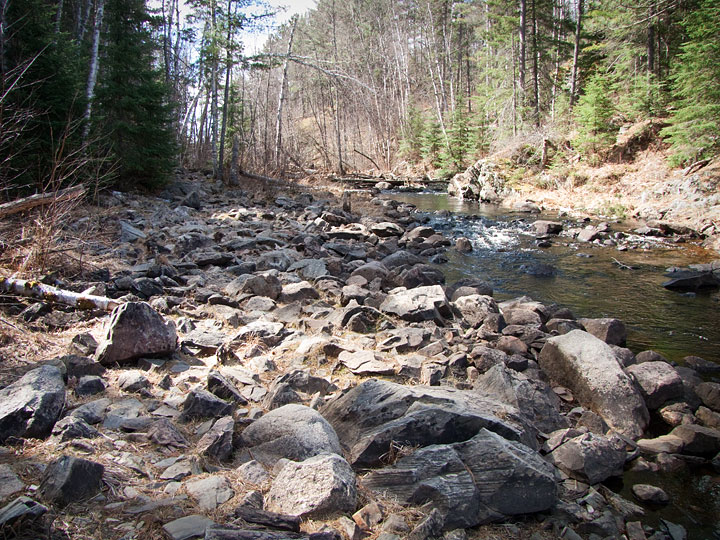 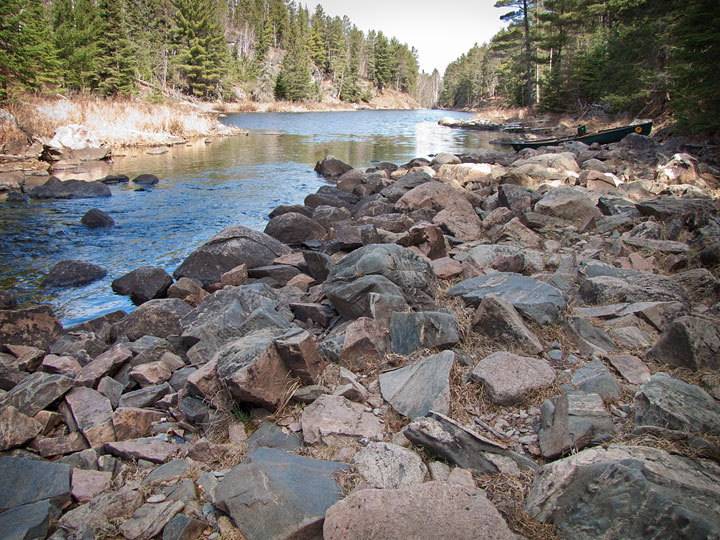 The day's weather began cool and sunny and turned cloudy in the afternoon. The temperature reached the high forties, which is perfectly comfortable when doing the work of paddling and portaging. The steady north wind was in my face most of the way, making paddling a little tougher and the air feel a little cooler. 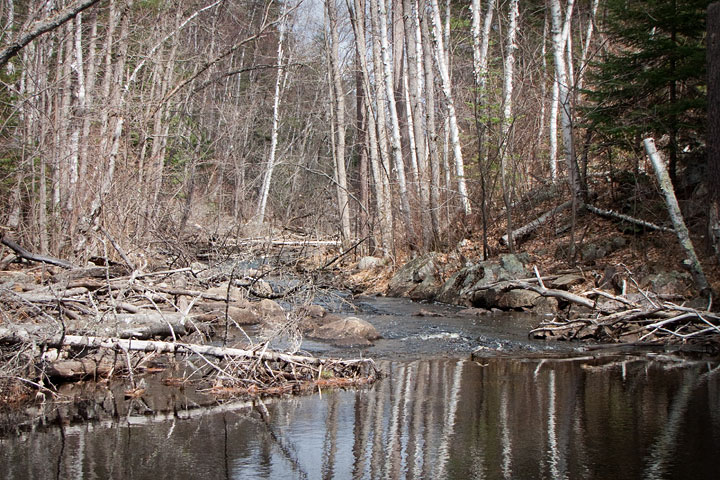 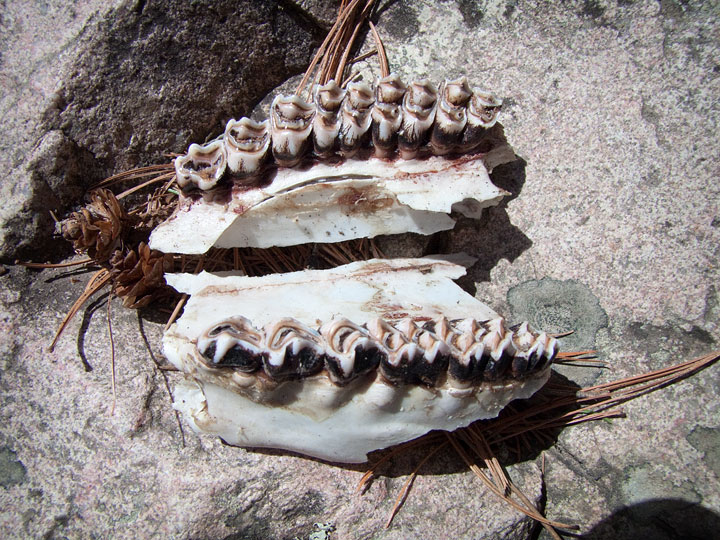 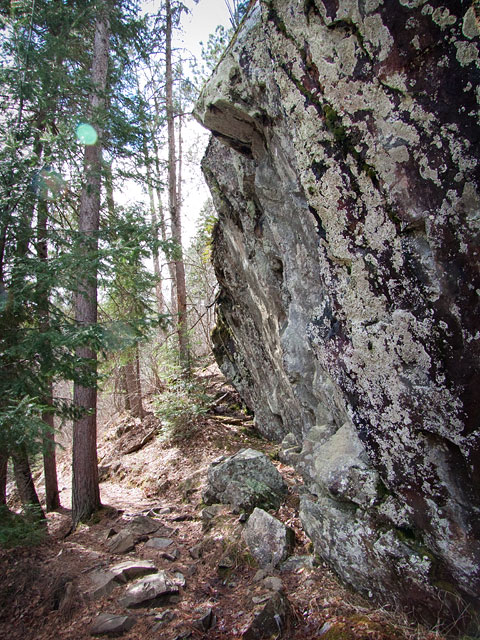 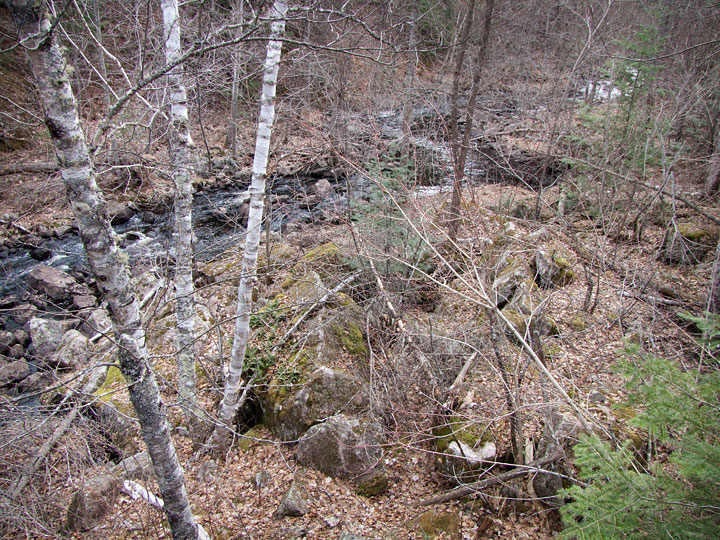 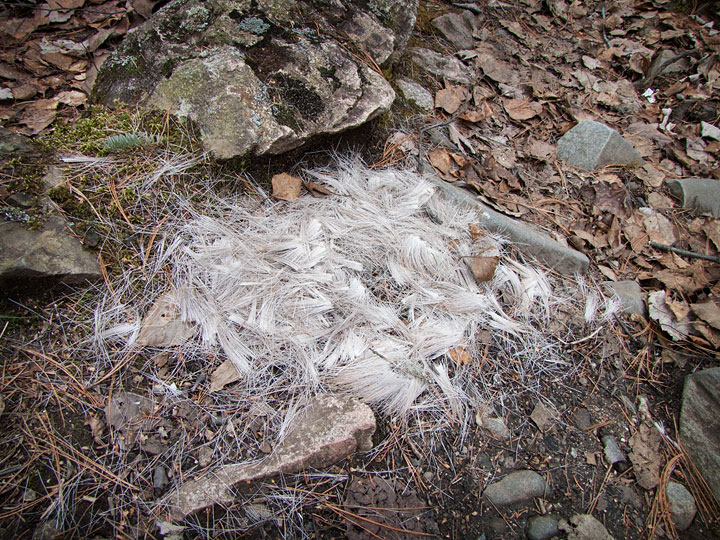 Despite more than a year since my last overnight canoe trip, I quickly settled back into the rhythm of paddling and portaging. I was traveling with one CCS Pioneer Pack and a basic Kelty backpack. I double-portaged the gear, taking the canoe on the first carry, followed by the two packs on the second. I used the return trip across the portage to take pictures. I'm getting close to the point where I could single-portage the gear, but if I do that I wouldn't be able to take pictures and enjoy the surroundings. I'm conflicted as to whether single-portaging is a desirable goal for me. 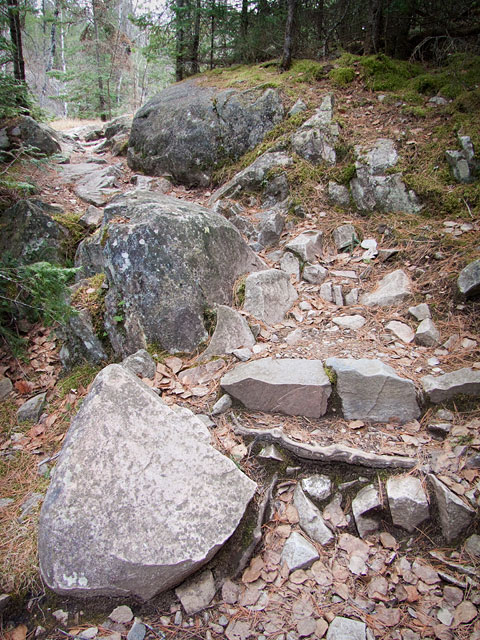 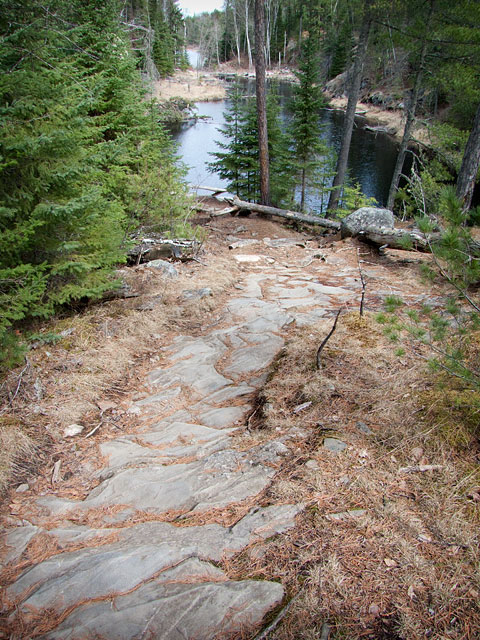 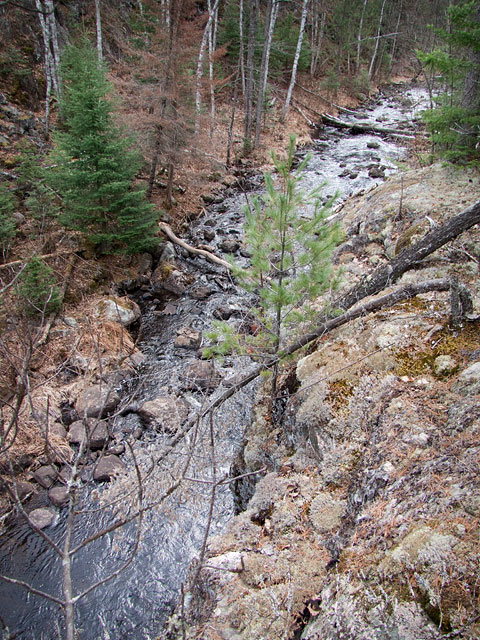 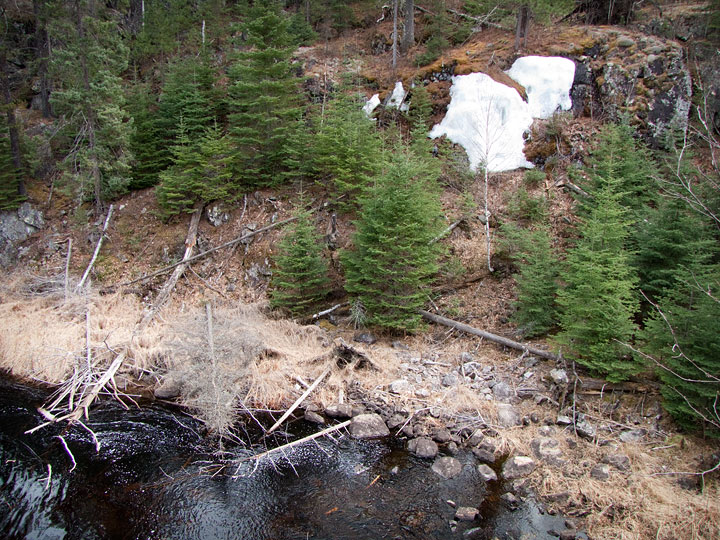 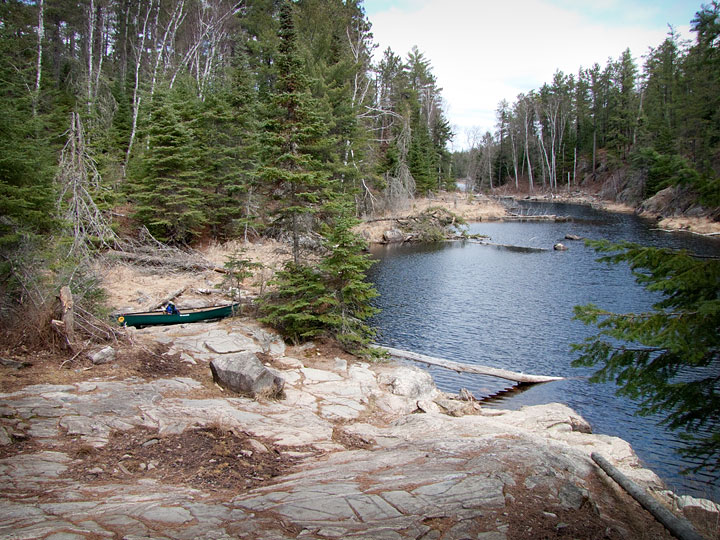 Most of the day's portages were fairly easy, their beaten condition a benefit of a well traveled route. The middle portage (140 rods) between Mudro and Fourtown required the most effort, due mostly to its longer length, rocky trail and changes in elevation. The portage landing at the Fourtown end of the short (10 rod) portage that followed also required a little care, as its granite face drops steeply to the water. 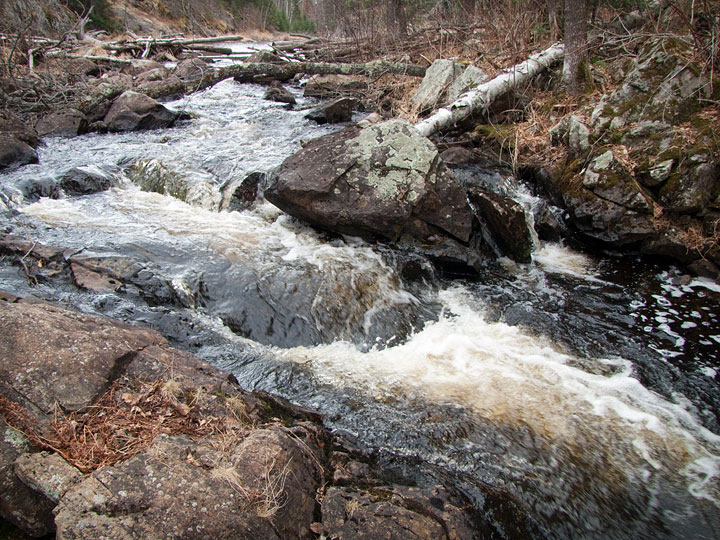 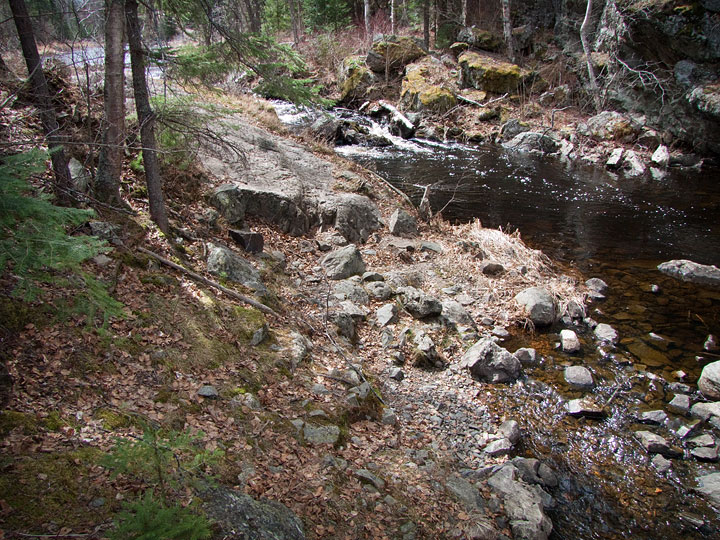 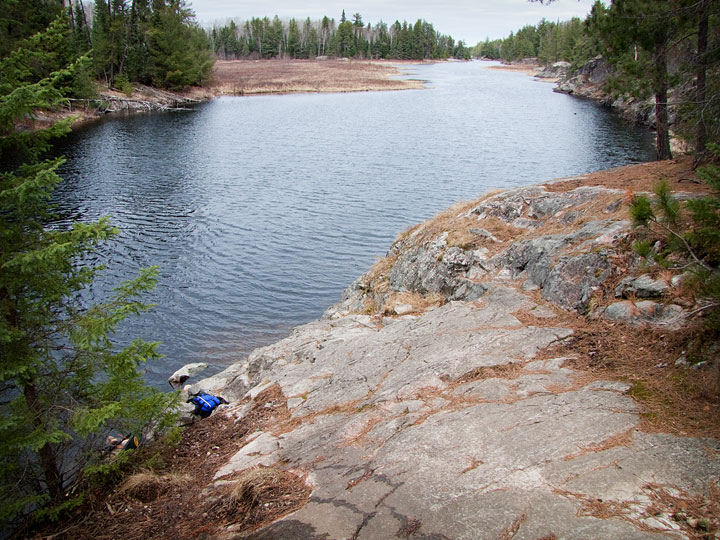 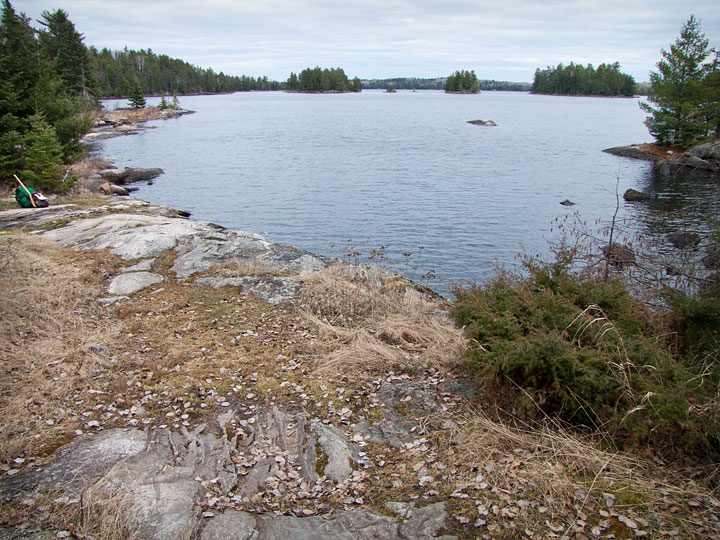 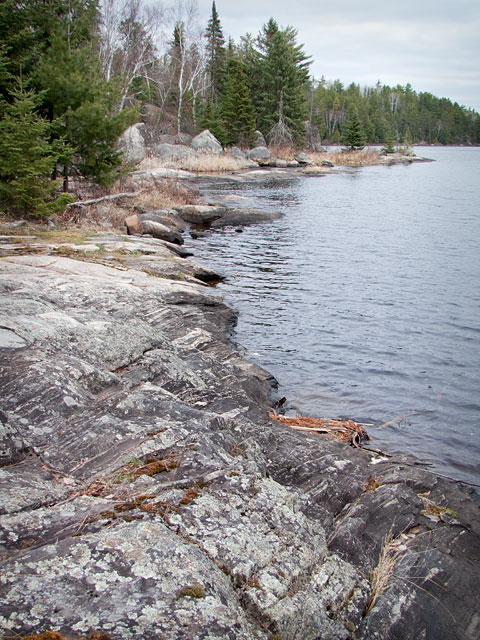 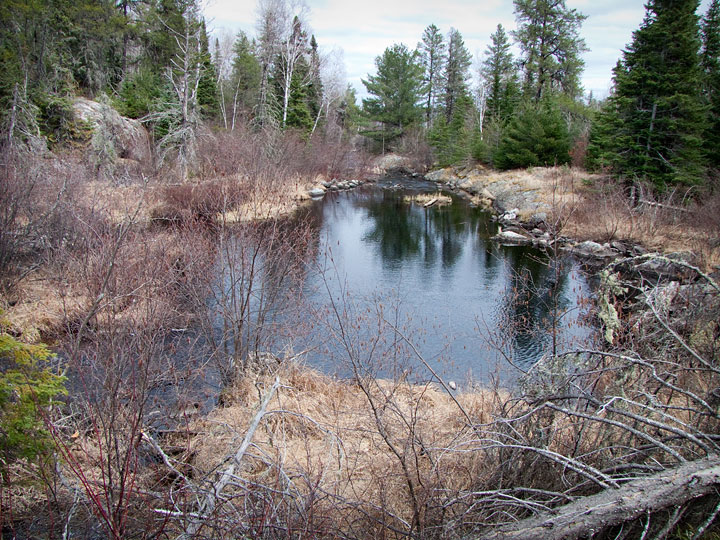 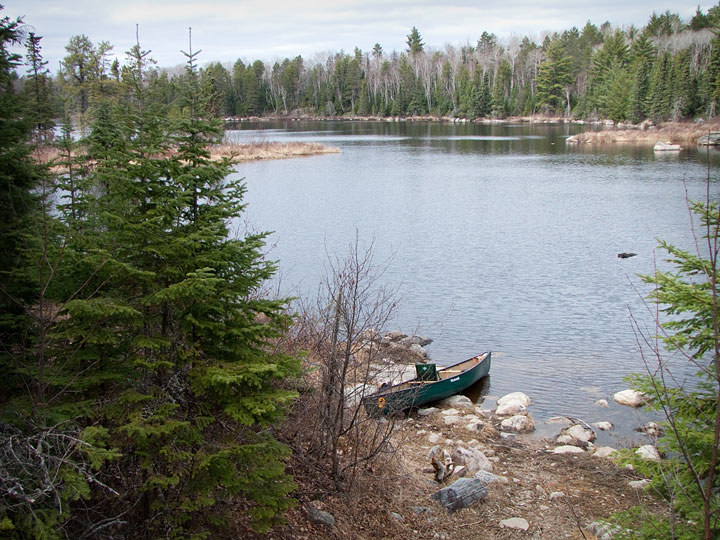 During the day's travel, I encountered a number of grouse, bald eagles, ducks, loons and beaver. There were many signs of wolves, but no large animals made themselves visible, not even a single human animal. On a number of occasions I heard the faint drumming of grouse. In the evening at camp, a loon, still decked out in its winter plumage, made an attempt at its signature call, but it sounded out of practice. Shortly after climbing into my sleeping bag for the night, a beaver thumped the water several times near the shore. Then the night went dark and silent. 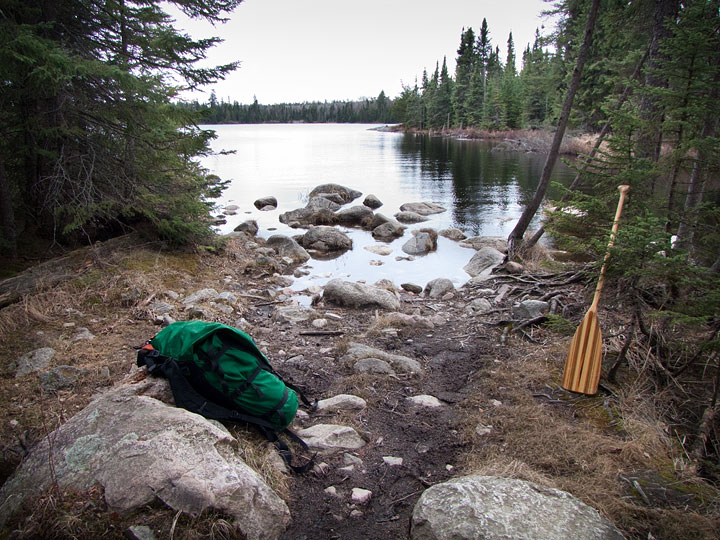 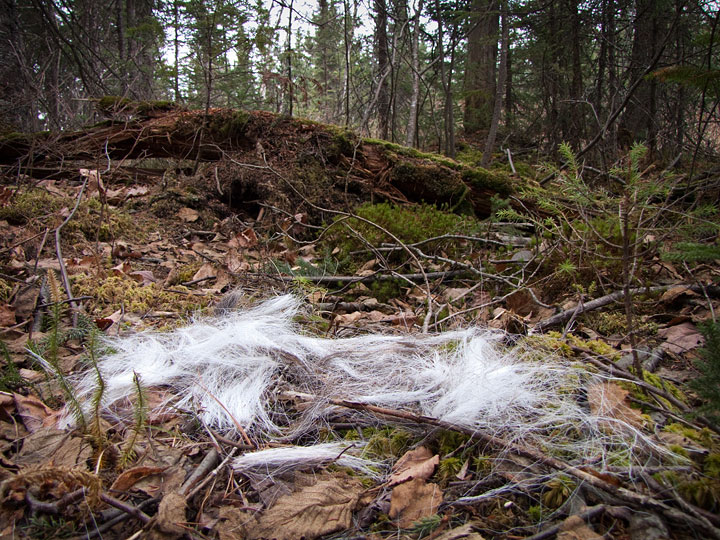 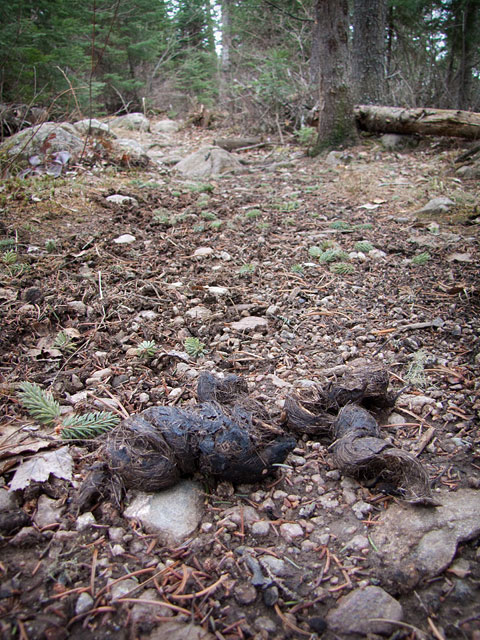