Zion Narrows Hike. One of the premier hikes you can do in the lower 48. Walked 6+ miles in narrow gorge, thru "wall street" section, up smaller side canyon, one mile sidewalk hike to begin and end trek, 8+ miles total. Unbeknowst to us, initially, this was only the second day you were allowed in the river, due to water flow height regulations. Utah apparently had some big late year snows, and this was the latest the canyon was opening up in many years. Normally it starts opening nearly a month earlier than this. So the river was effectively as high as it could be. This made walking verrry challenging.

The hike mainly consists of crossing the river to and fro to stay on the bank, except for places you can't. Never got more then belly button deep, and that was in non rapid sections. Deepest it got in rushing sections, maybe knee. You had to be real careful about foot and staff placement there. Never really dangerous, if you slipped and fell, but you would get wet, and the water was 58 degrees. Verrrrry chilly. We started out in fleece tops and hats, neoprene booties, were warm enough. Hats came off after about 1 hour. If you go, rent special shoes, booties, and staff, especially if it is early season. They were very helpful with the high flow rate. Low flow, you could do without, likely. We started early, was really not crowded, but by the time we started back, there were lots of people around. Scenery just unreal, river closes to about 20' in wall street, walls, hundreds of feet straight up. Great hike.

Ate at Whiptail grill again, it was well worth repeating. 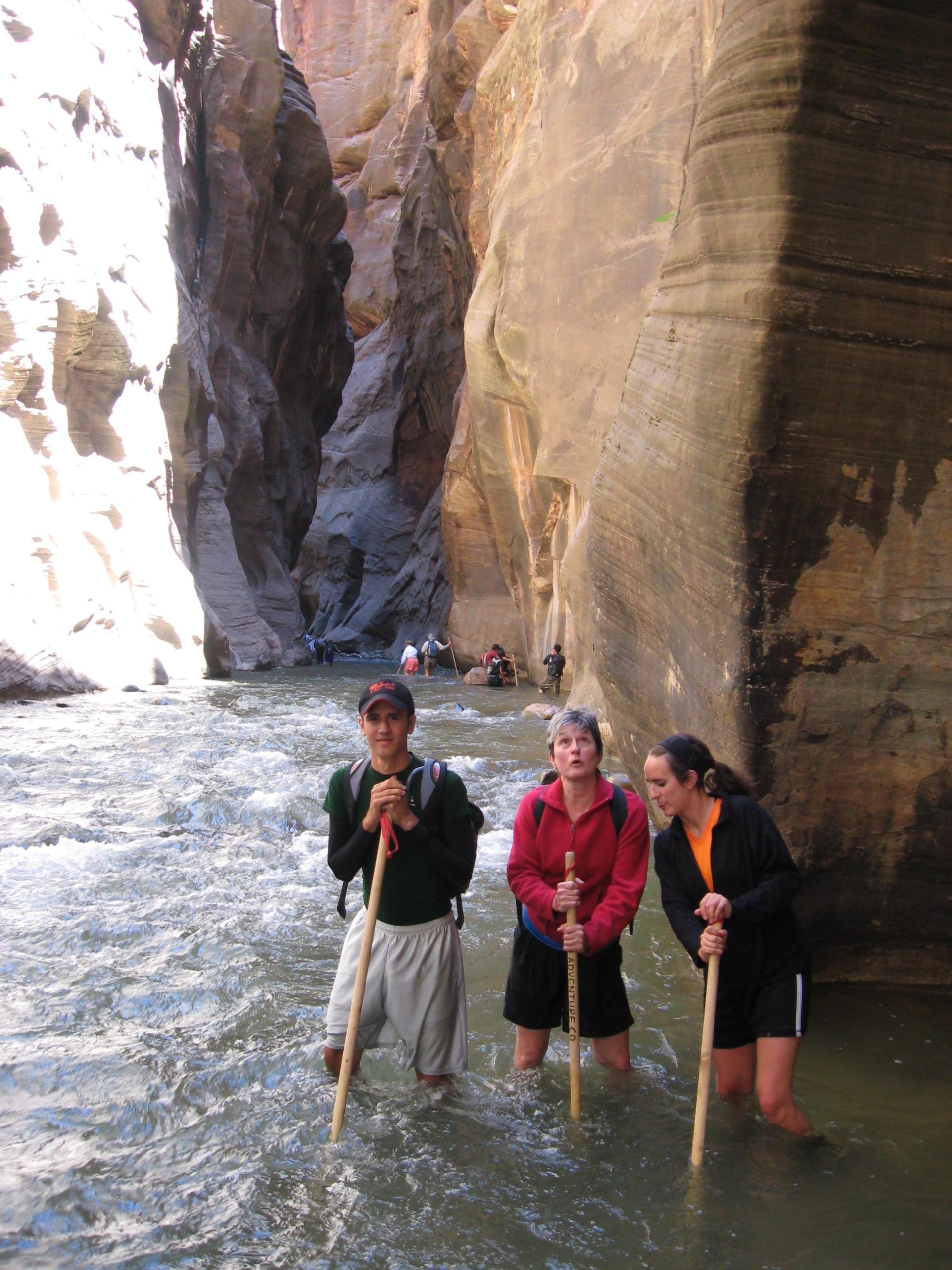 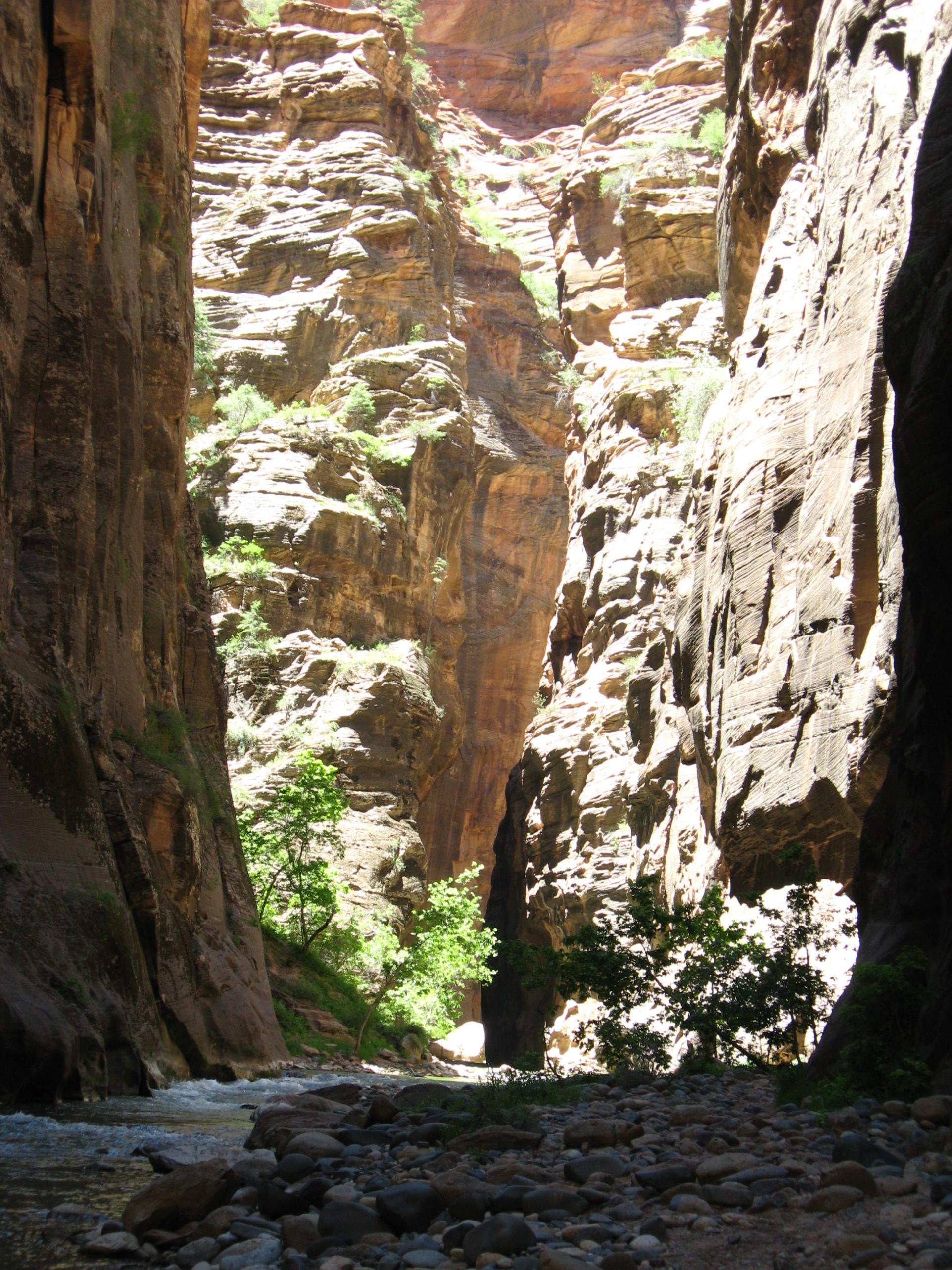 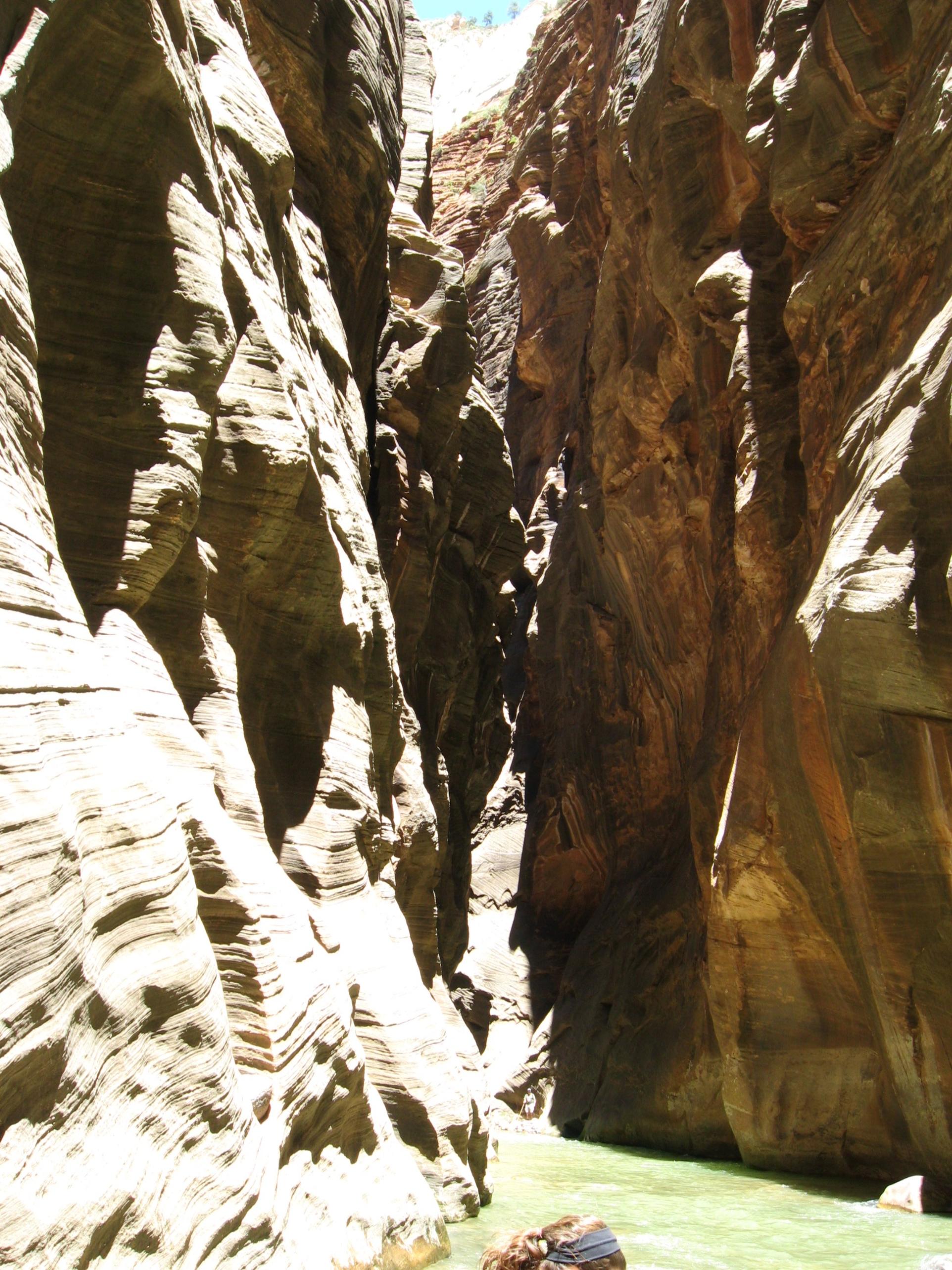