Trip Type: Paddling Canoe
Entry Date: 09/08/2010
Entry & Exit Point: Seagull Lake (EP 54)
Number of Days: 4
Group Size: 1
Trip Introduction:
I did this because I can. My trip with my friends was cancelled earlier this year because of health problems I had. Fortunately, I get to live another day. The BW was what I needed before getting back to reality.
Discuss Trip: View Discussion Thread (50 messages)
Day 1 of 4
Wednesday, September 08, 2010 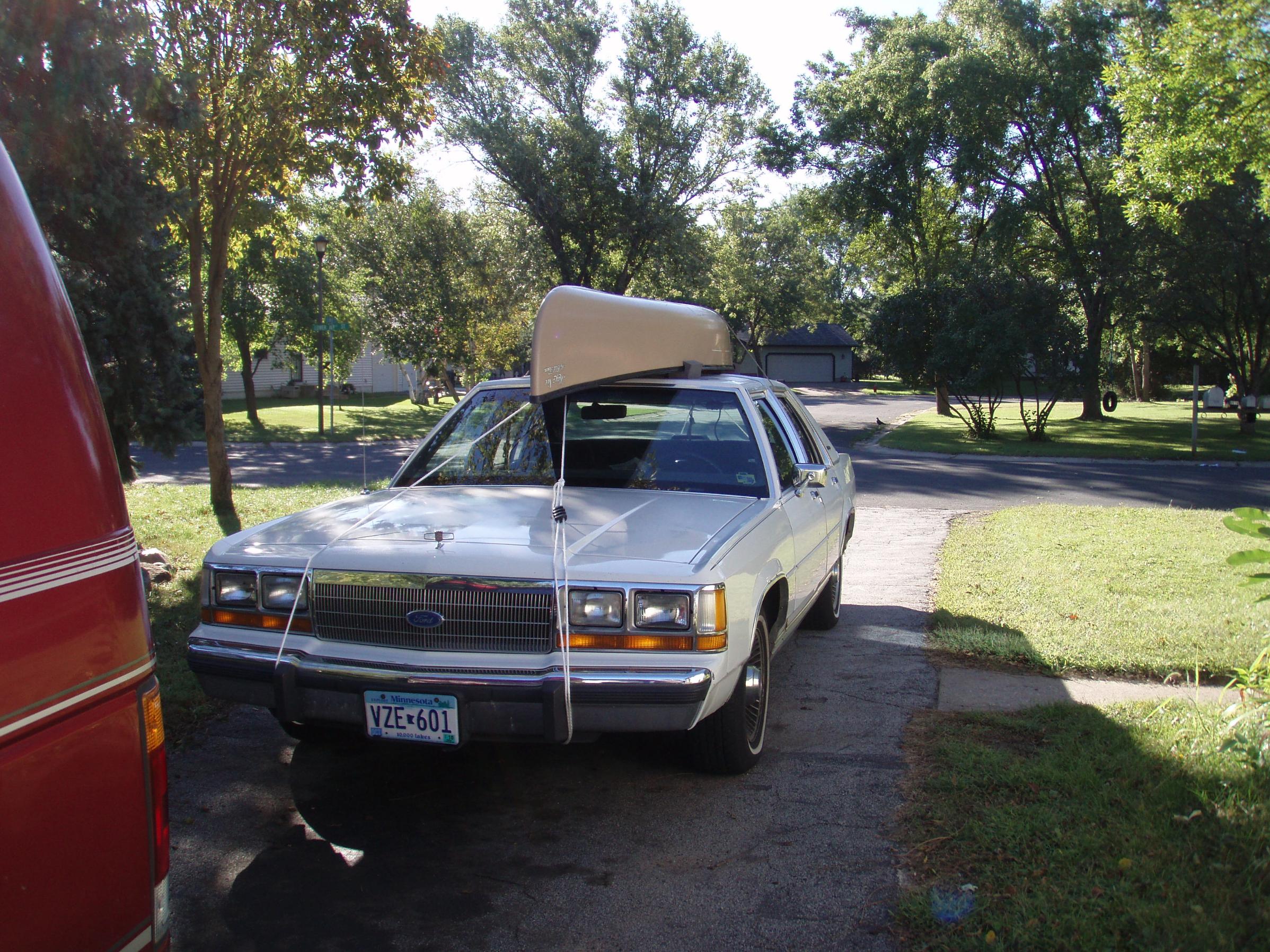 I drove the 7 hours up to Trail's end today. I didn't really get moving until about 10:00am. This included a stop at the Tofte ranger station to pick up a permit and watch the video. I did sneak into McDonald's for breakfast but skipped lunch. Supper tonight would be in the BW!! But the entire drive, I kept saying to myself "Why am I doing this? Do you really know what you are doing?" and other fun thoughts. It had been over 10 years since I had been up the Gunflint Trail. I was wondering what had changed since the blow-down.

Thankfully, the trip up was uneventful. Once I got to Trail's End, checked out the old sites I was familiar with, and got the canoe unloaded off the car and into Seagull it was about 5:45pm. I was starting to get worried about finding a site for the night. I quickly paddled west, went through the 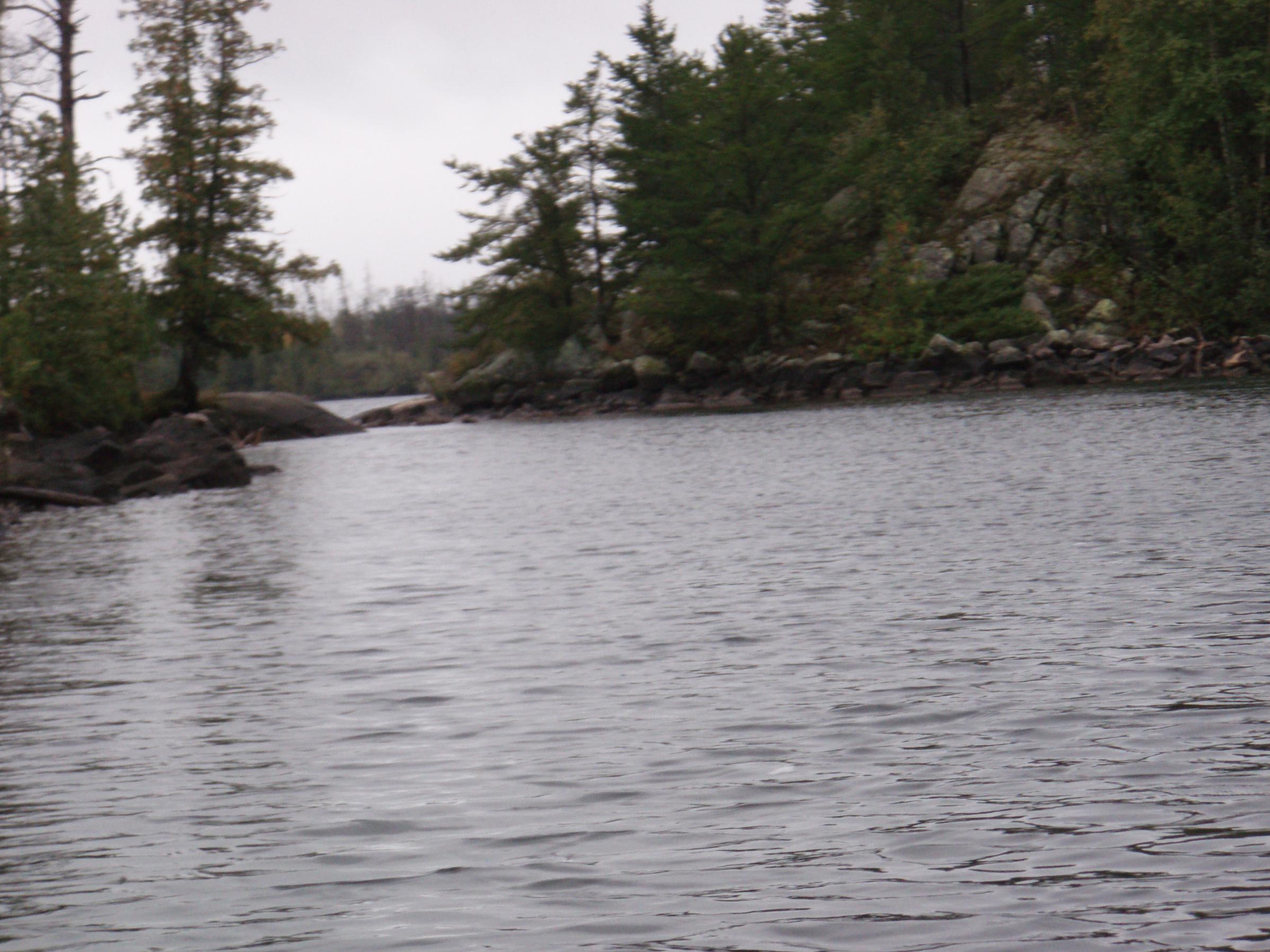 small gap onto the main lake, and continued heading west. The sun was not my friend tonight, I was afraid that it would be dark before I found an open site! After doubting my map skills, I chose to find the first site I had decided to check out (which was, fortunately, very close). Due to my unfamiliarity with my new map (Voyageur) and the unknown factor of how far I can paddle, I was starting to doubt the wisdom of coming in this late in the day. After more than a few pauses to check where I was (there are more islands on this lake than the maps show), I found it. It was empty! And it seemed like it would do for the night. 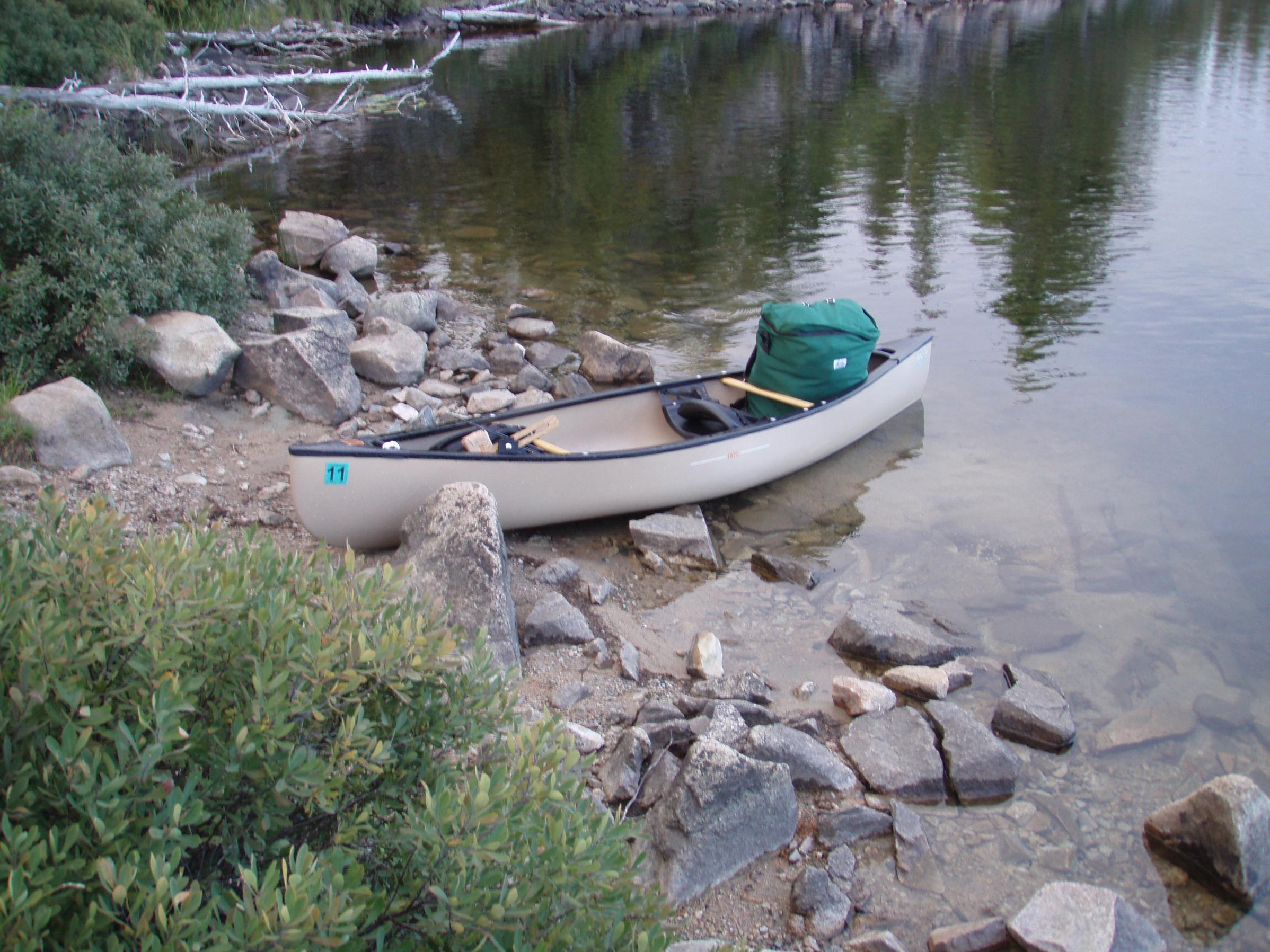 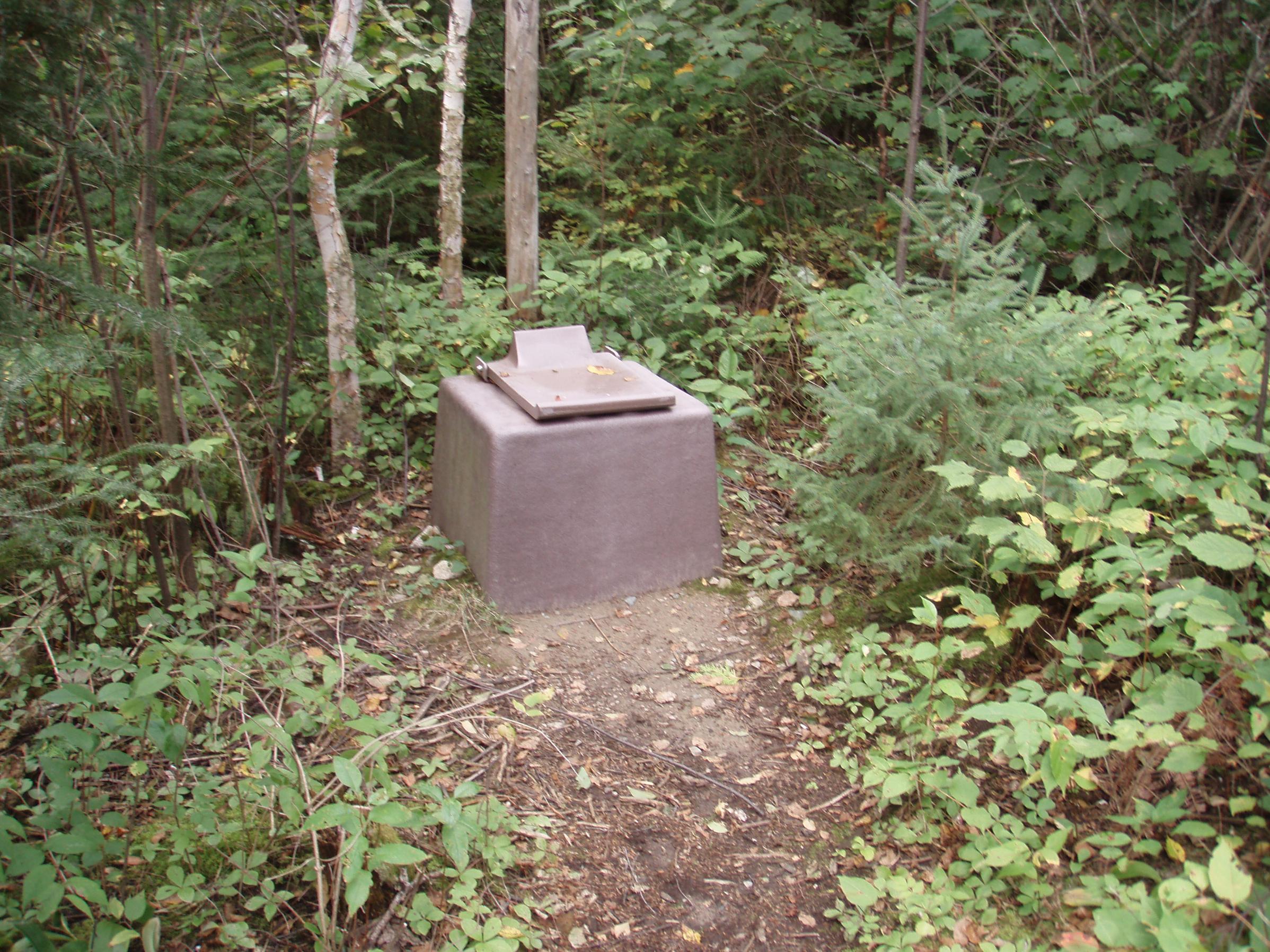 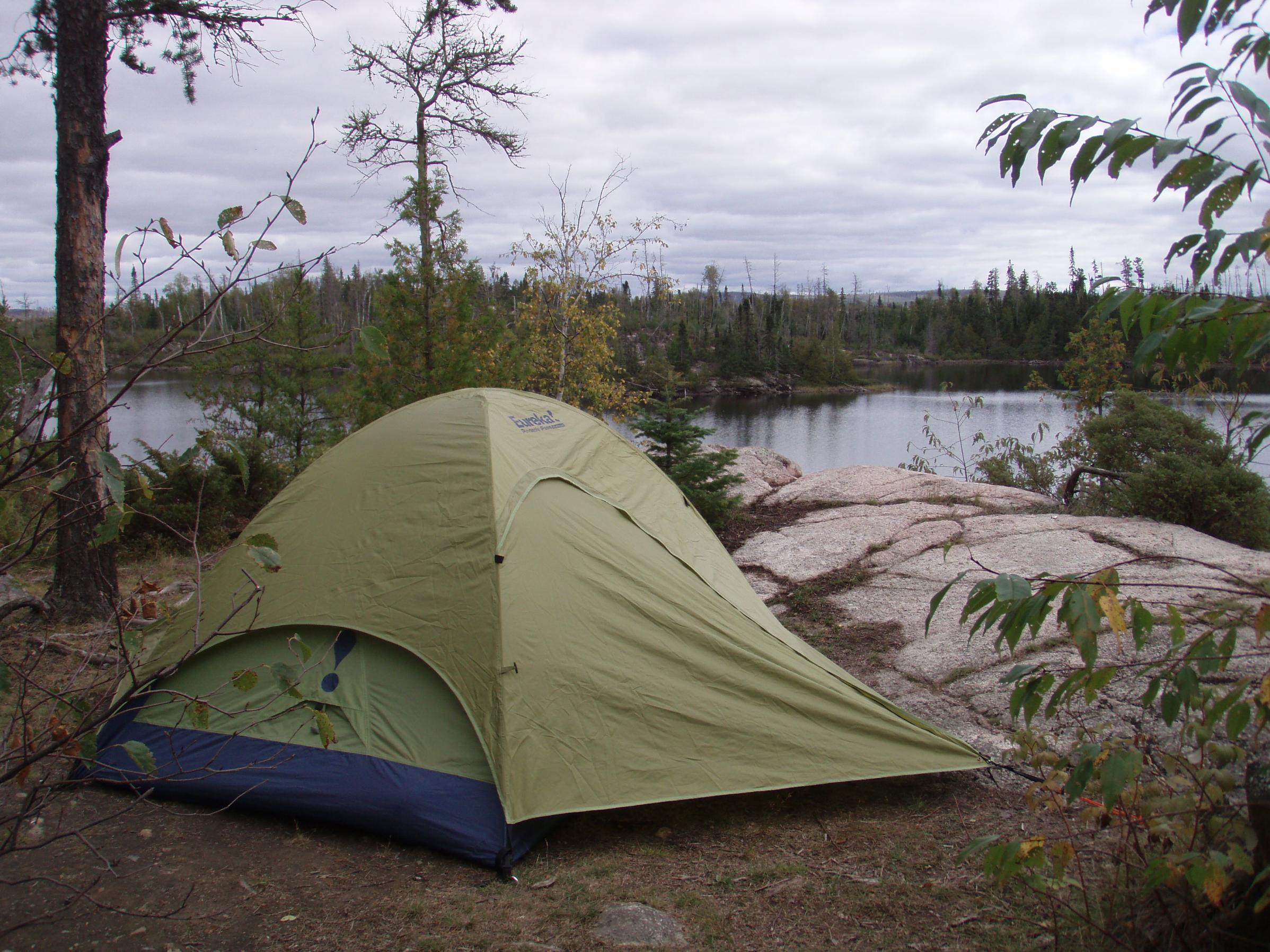 I quickly found where the biff was, set up my tent, and warmed up my supper (Dinty Moore Compleat Beef Stew). 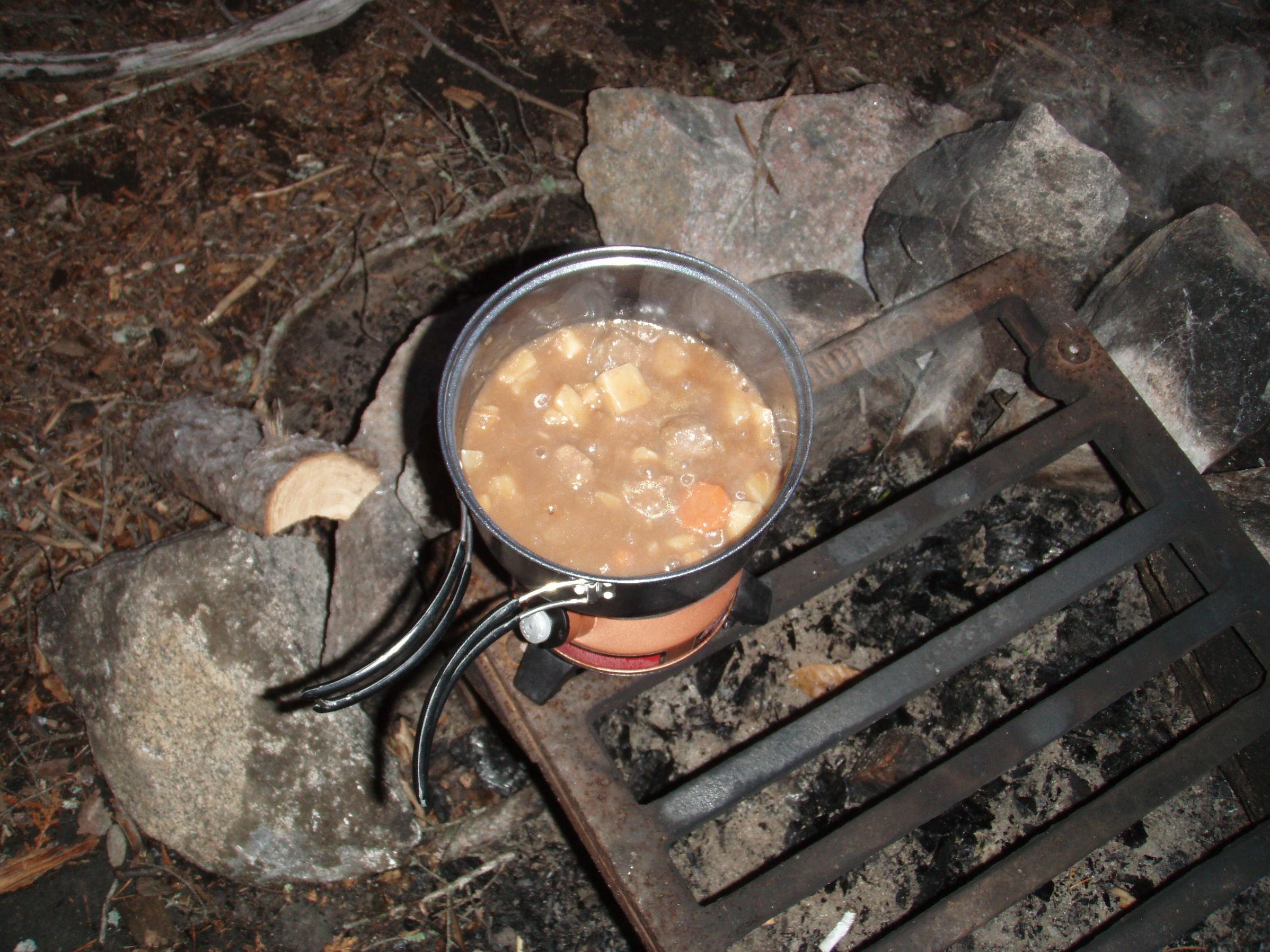 This was great! I wasn't sure if this was a great site yet, but there was even a nice stack of wood waiting for me to use. Thank you, whoever did that! I hung out by my small fire while eating my meal and thanked the Lord that I was there. I had finally made it. I woke up 3x this night. The first was shortly after going to bed around 9:15pm. I was cold. My BA 15 degree bag just wasn't cutting it. I'm guessing it was maybe 50 degrees out, so I guess I'm a wuss. I put on my longjohns and crashed 'till nature called. Then it was sleepytime until daylight woke me up.