Trip Type: Paddling Canoe
Entry Date: 09/07/2010
Entry & Exit Point: Little Indian Sioux River (north) (EP 14)
Number of Days: 3
Group Size: 1
Trip Introduction:
I requested the week of Labor Day off far in advance. I had a wonderful trip and beautiful weather last Labor Day Weekend (I think I am delinquent on that trip report) and was hoping to replicate the experience but I would be on my own this year since my paddling partner Bret has a new baby! My girlfriend would be stuck at work. Our dog keeping her company. Piggybacking on the paddling trip I would be attending a professional conference in Duluth and later heading straight to Wing Night 6 at Willow River State park in Sconnie.
Discuss Trip: View Discussion Thread (30 messages)
Day 1 of 3
Tuesday, September 07, 2010 High temp 50F, Low 46F

For my 23rd trip to the BWCA (all in the last 9 years-like to think I am making up for lost time) I decided I NEEDED to see the Little Indian Sioux River north of the Echo Trail. I had heard wonderful things about this area and when paddling solo target these kind of riverine and small lake areas (lest wind become a major issue).

Trying something different this time around. Actually slept the night before shoving off:). Saw my girlfriend off to work and walked the dog one last time before leaving early Tuesday. Made it to the Lac La Croix Ranger Station in Cook, MN around 1pm. Picked up one of the remaining permits for EP14 and made my way to the western end of the Echo Trail (near the town Buyck pronounced “Bike”). BTW the Echo Trail is very nicely maintained and less traveled at its western terminus.

Arriving at the EP parking lot I was surprised to see its size-but I imagine it fills up mid summer with 6 permits/day. Procured rock star parking and unloaded the boat and made final preparations for the trip. In the interim a group of old timers from Ely arrived (I only write that because I hope they read this and respond and that I am taking trips up to Lac La Croix at their age (at least twice mine), also I feel like I have met one or two of them before but I can’t place the memory) and made their way across the portage to the river. I singled the portage while they doubled so I actually beat them to the water (perhaps 230 or 300pm) and never saw them again-hope they had a great trip. Followed another group with a couple newbies on their first trip down (toward Upper Pauness) the river. They politely allowed me to skip past them at the portage so I tried to demonstrate my best quick efficient single portaging technique. I expected these tandem boats to catch me on the water but I apparently was moving decently well in my maiden voyage in the beautiful red dressed Bell Widlfire (Mark (mwd1976) I got many compliments, even inquiries about who refinished the boat!). 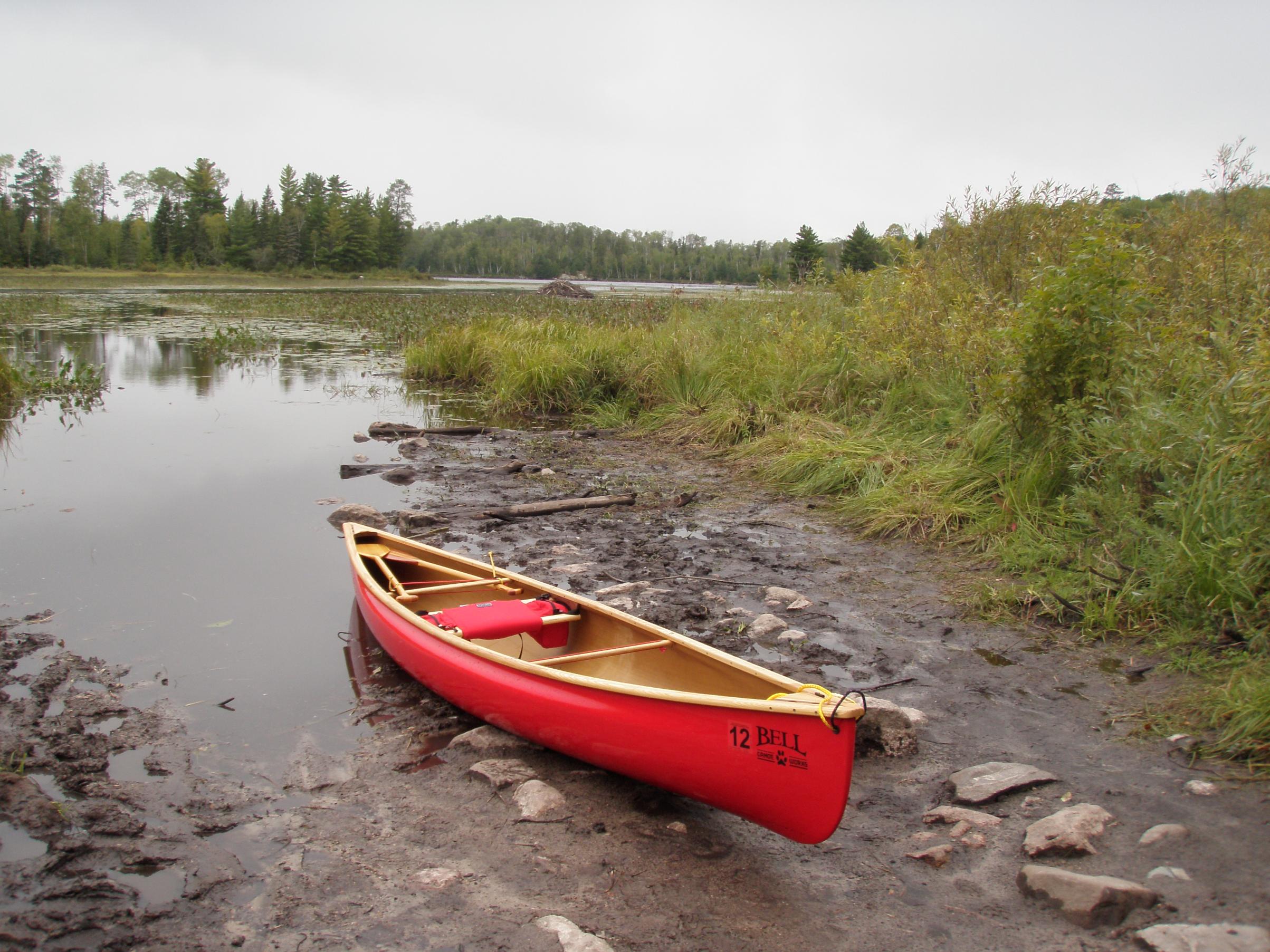 I made my way to Upper, then Lower Pauness (by way of the southern portage) and decided to head east to Shell Lake. I made camp (~615pm) at the first site I came to on Shell (on the point east southeast from the portage from Lower Pauness). Nice campsite with one maybe two good (albeit close to the fire ring) tent pads. A nice stand of tarp-hanging trees on the point. No firewood to be found anywhere though so I paddled across the lake to find the fuel for my warm crackling late-night friend. Off and on drizzle interrupted by rain. But with the help of my trusty Irwin Marathon carpenter’s saw and Granfors Small Forest Axe for splitting I had a spectacular fire and still left enough karma firewood for the next visitors to the site. 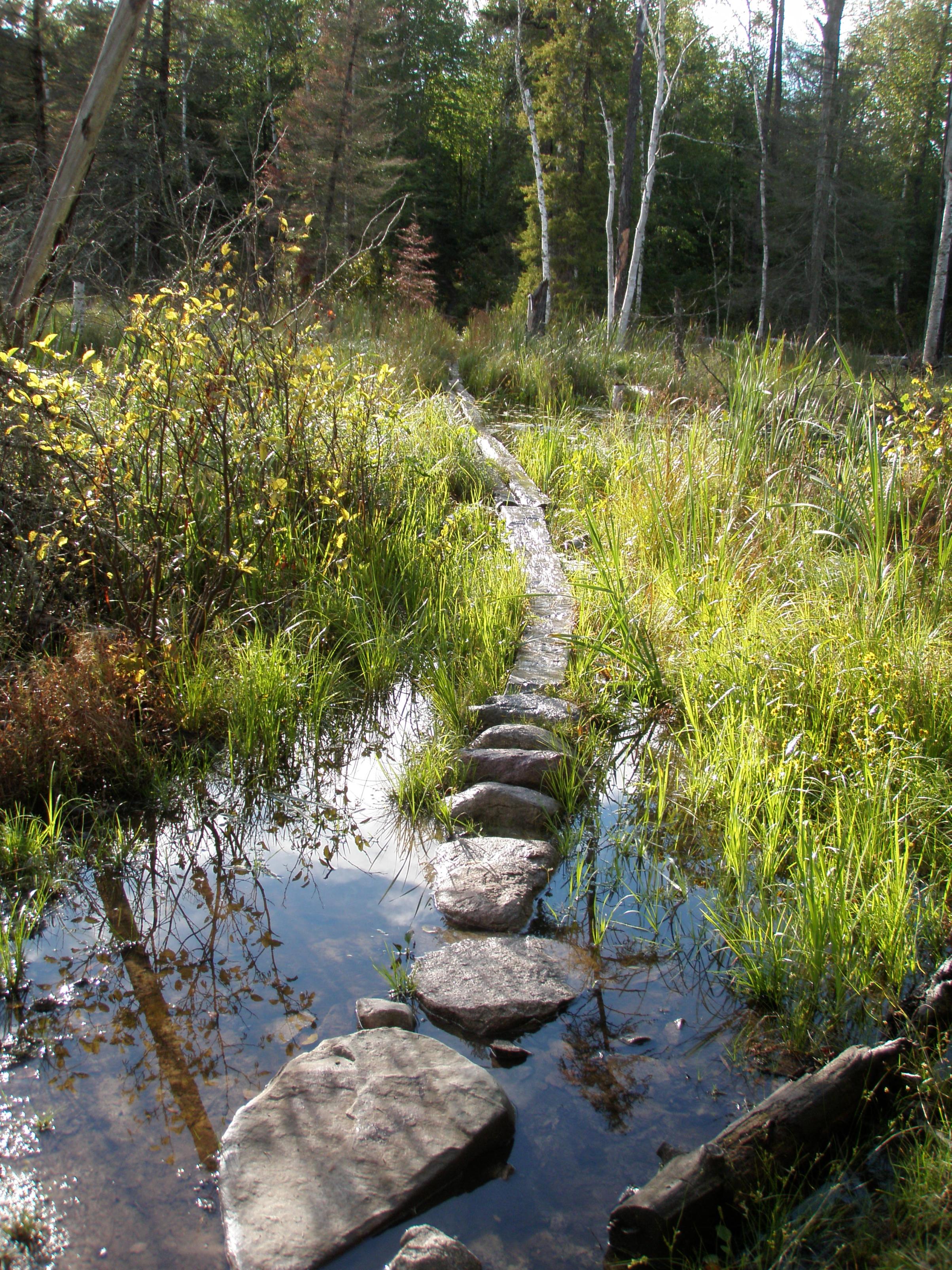 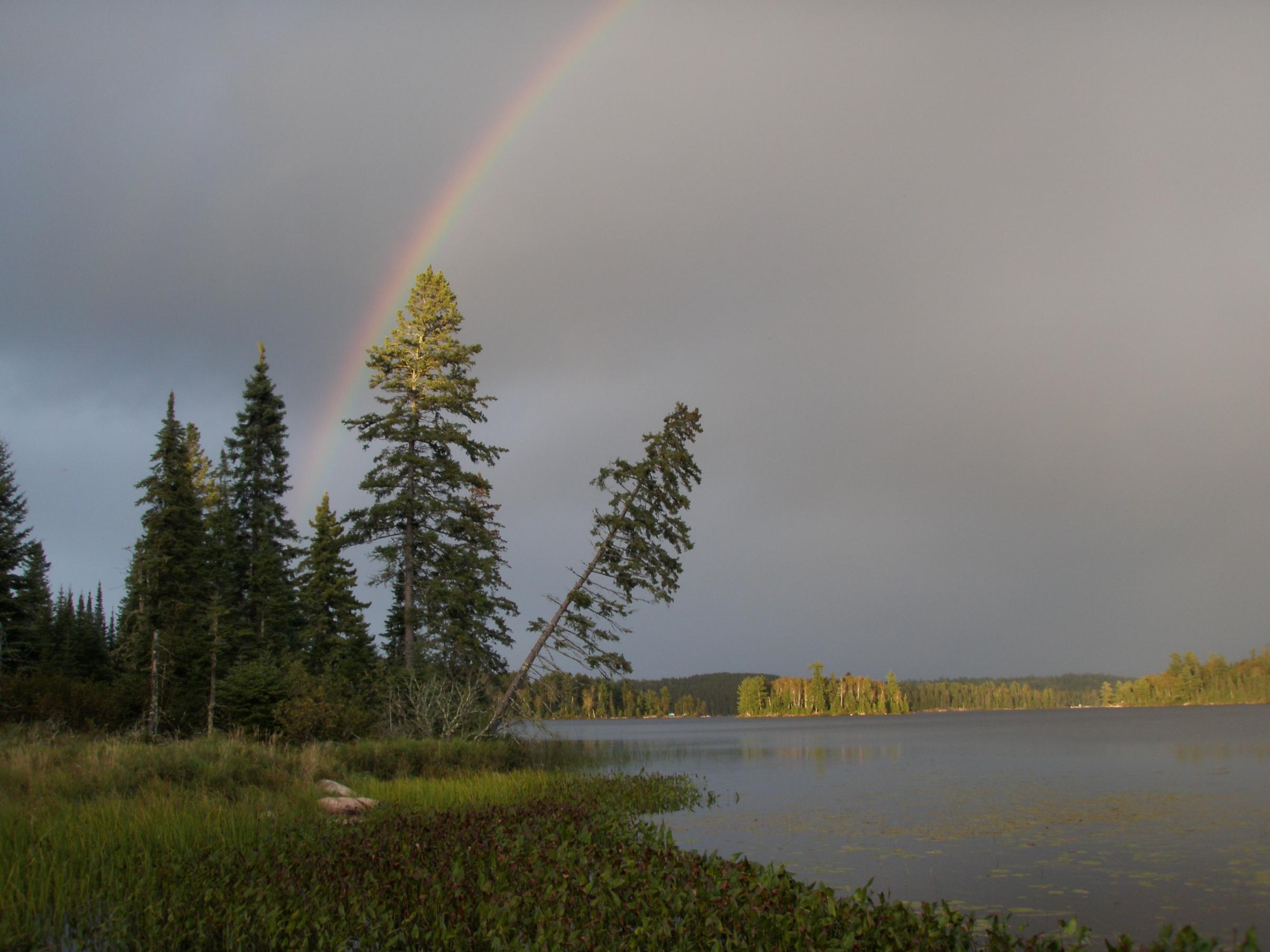 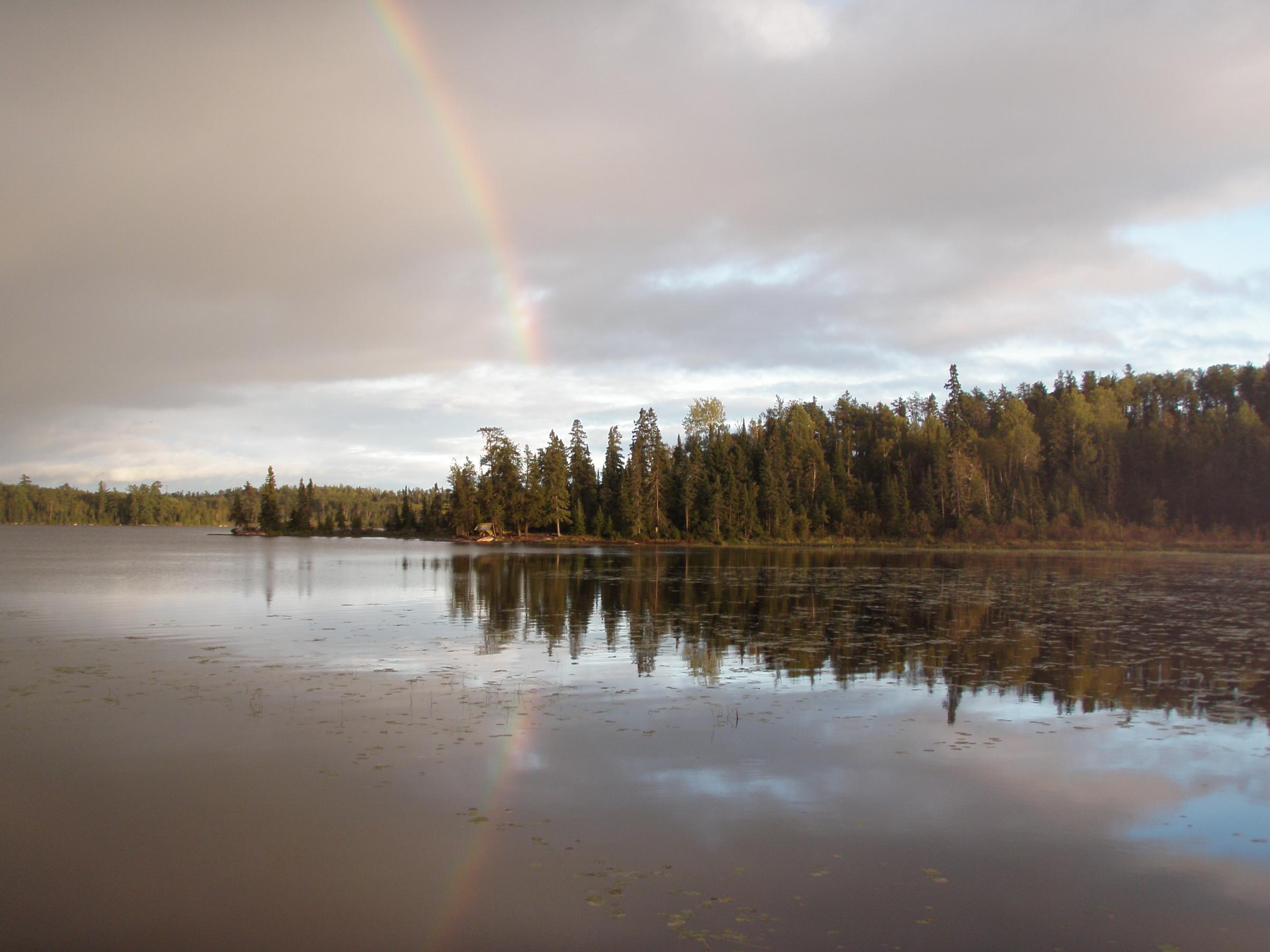 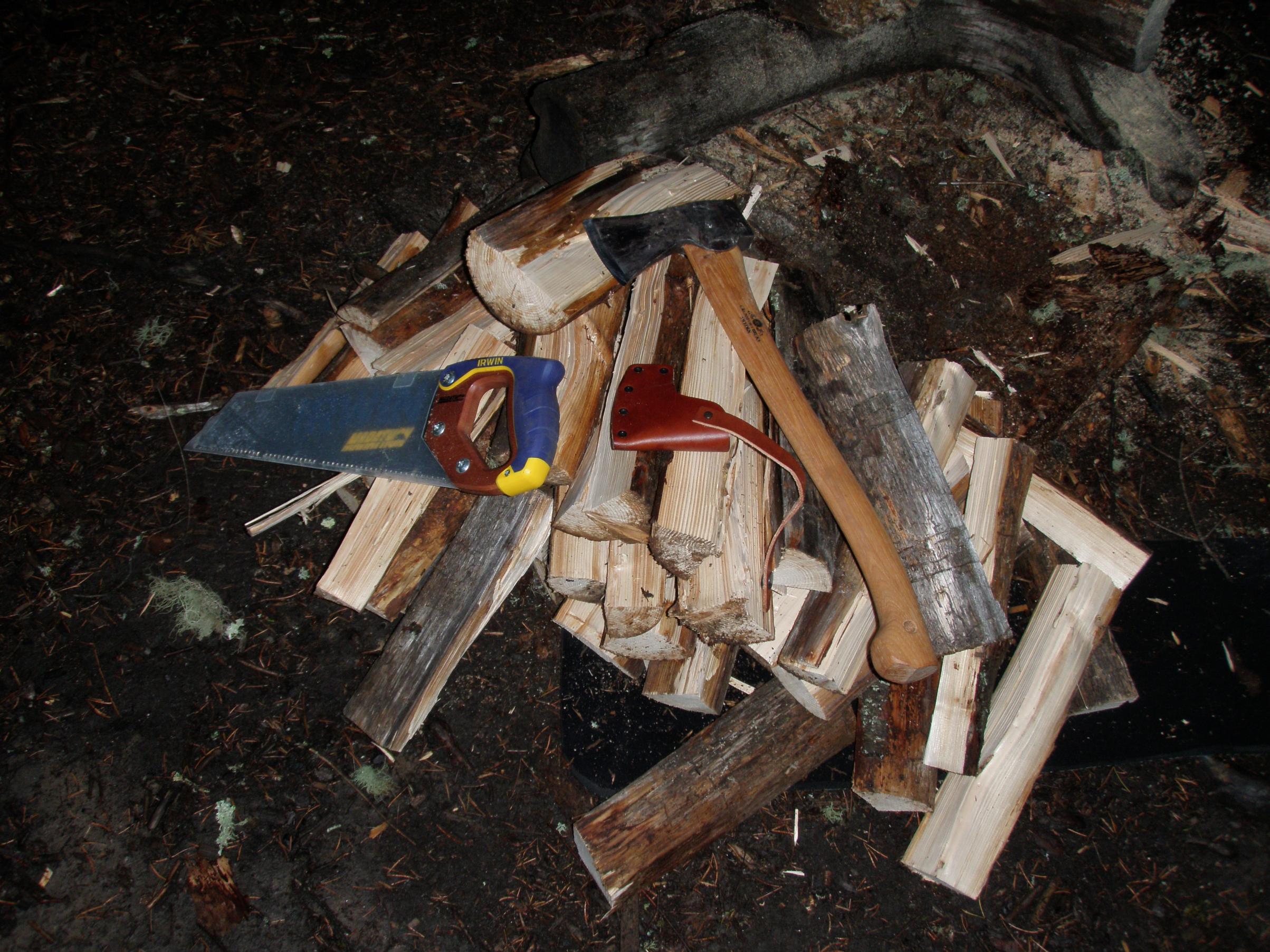