Trip Type: Paddling Canoe
Entry Date: 11/26/2010
Entry & Exit Point: Other
Number of Days: 16
Group Size: 7
Trip Introduction:
Some friends and I from The Prairie State Canoe Club in Chicago canoe varied streams in Florida between Thanksgiving and Christmas each year. This year we began at Blackwater River State Park near Pensacola, then went to Hillsborough River State Park near Tampa, then we separated, and I went to Ft. DeSoto State Park in St. Petersburg and on to Collier-Seminole State Park near Naples.
Discuss Trip: View Discussion Thread (12 messages)
Report

Friday, Nov. 26. I set out early the morning after Thanksgiving driving from Chicago to Calera, Alabama where I stayed the night in a Day’s Inn.


Saturday, Nov. 27. I made it to Blackwater River State Park near Pensacola by early afternoon, setting up camp and waiting for my friend, Rick, to join me and the others in the group who were meeting there. The day was mild in the mid sixties, but got cold that night down to the lower thirties. I slept in the car, as I did the whole trip where a small electric heater kept me comfortable. 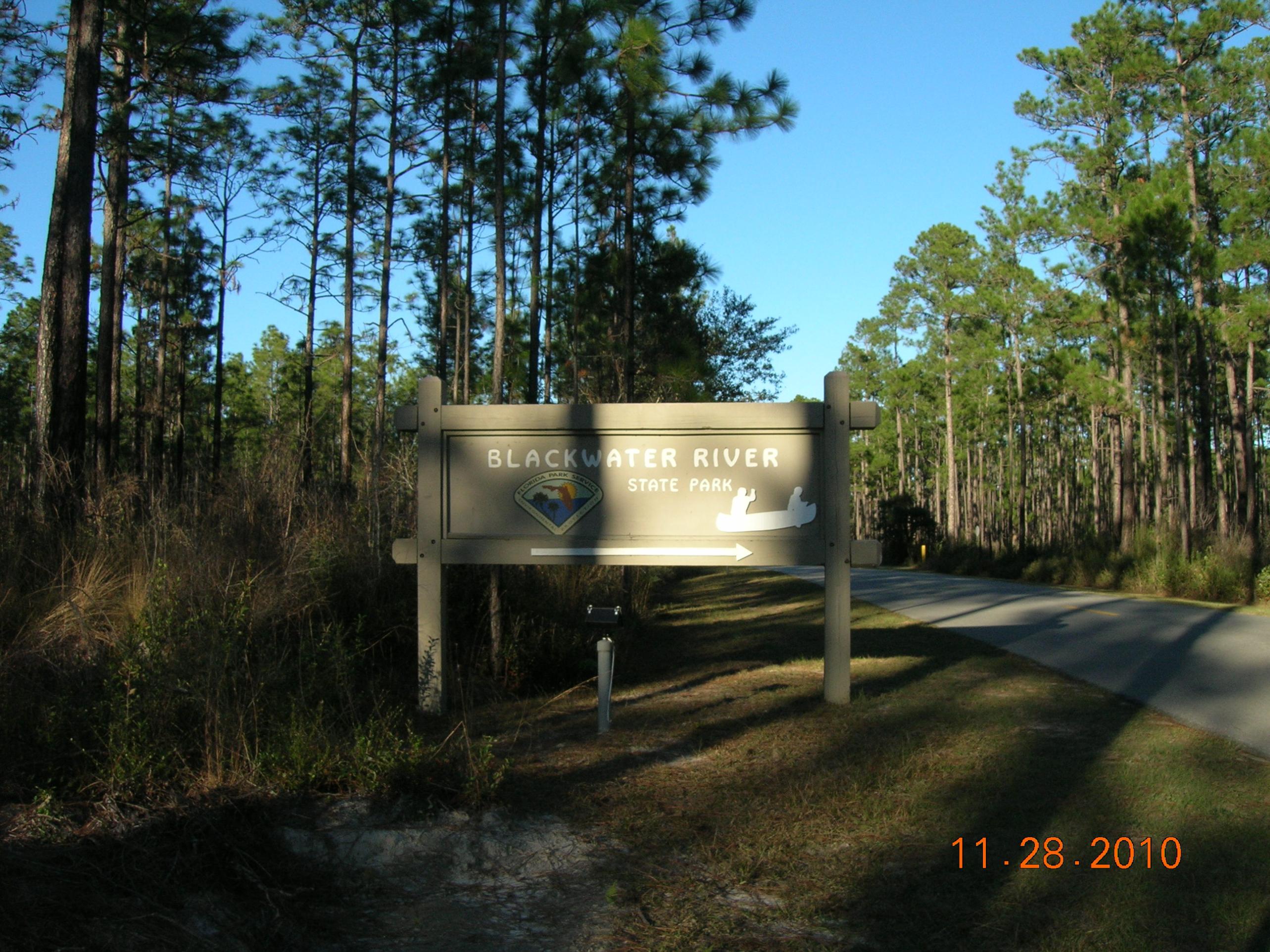 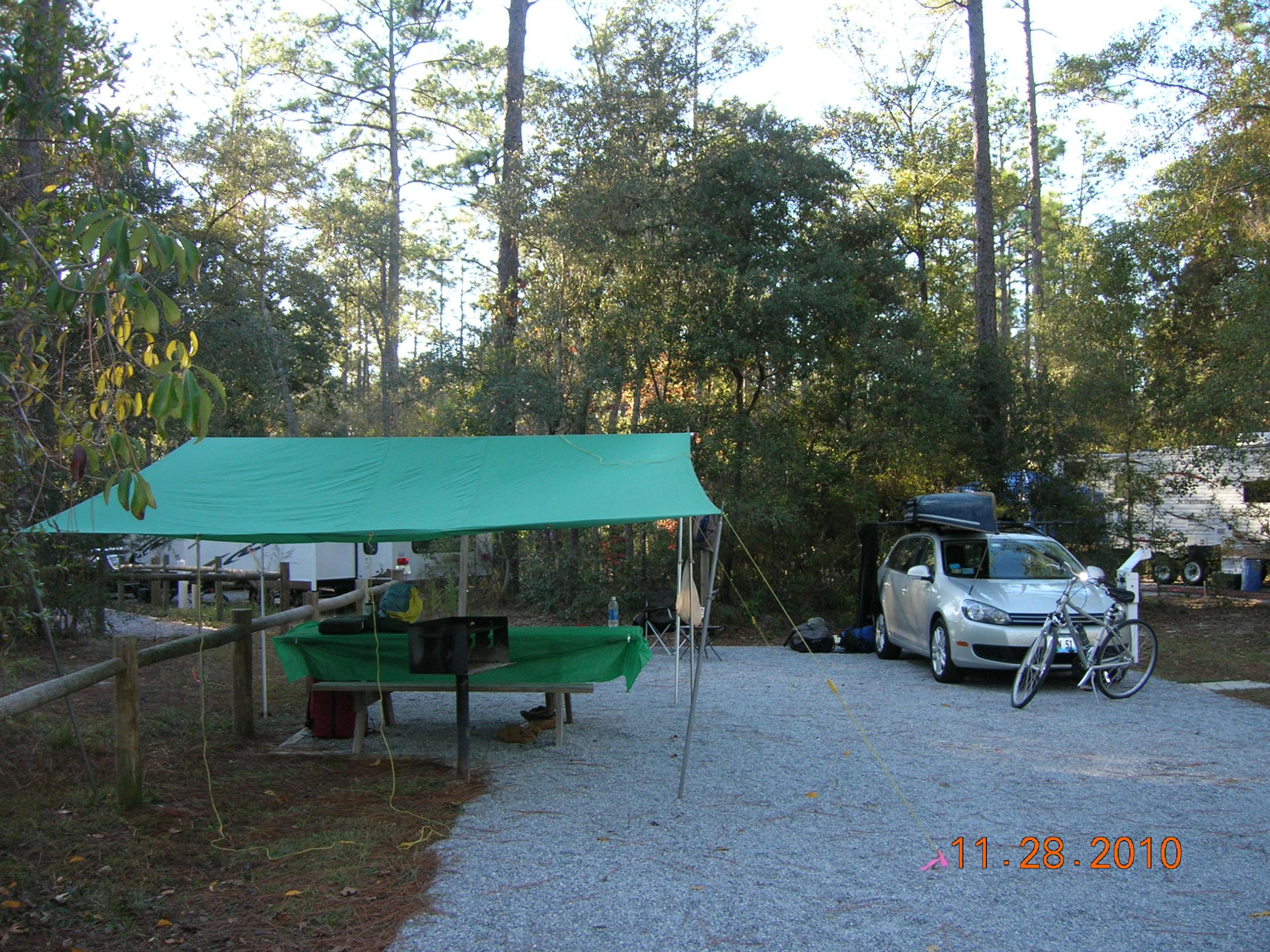 Sunday, Nov. 28. My friend Rick arrived last night, and the rest of our crew assembled this morning to join the West Florida Canoe Club in an outing on three streams, Little Boiling Creek, Boiling Creek, and the Yellow River, each stream flowing into the other. We had quite a group for this trip. I would guess over twenty boats, both canoes and kayaks. Little Boiling Creek and Boiling Creek are streams in the Eglin Air Force Base Wilderness which is sometimes used as a bombing range. The West Florida Canoe Club members have access to these streams when bombing isn’t going on. These streams are remote and beautiful, but I think you can understand that not much wildlife is present. We had a very pleasant day, in the mid-sixties and light winds. 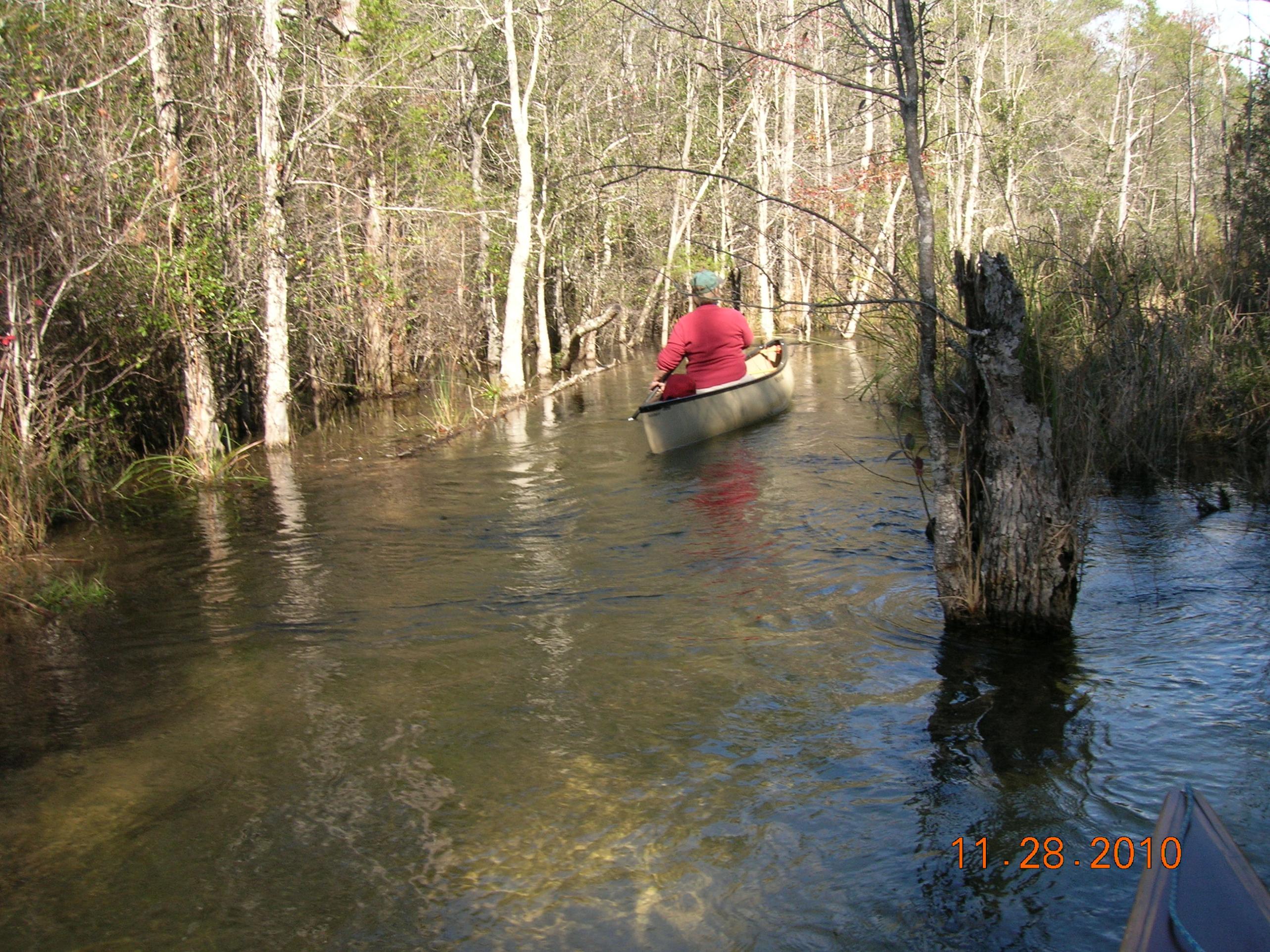 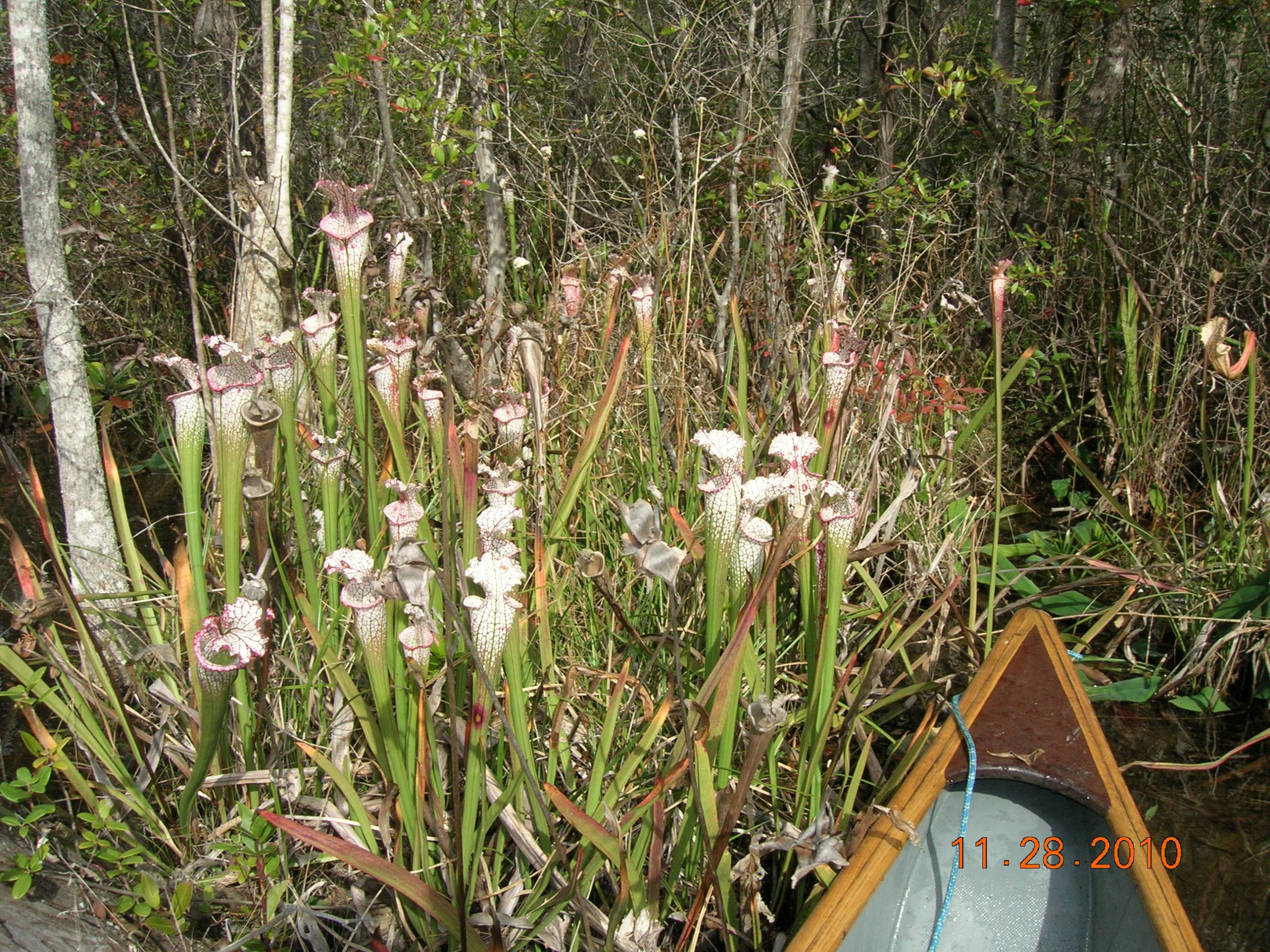 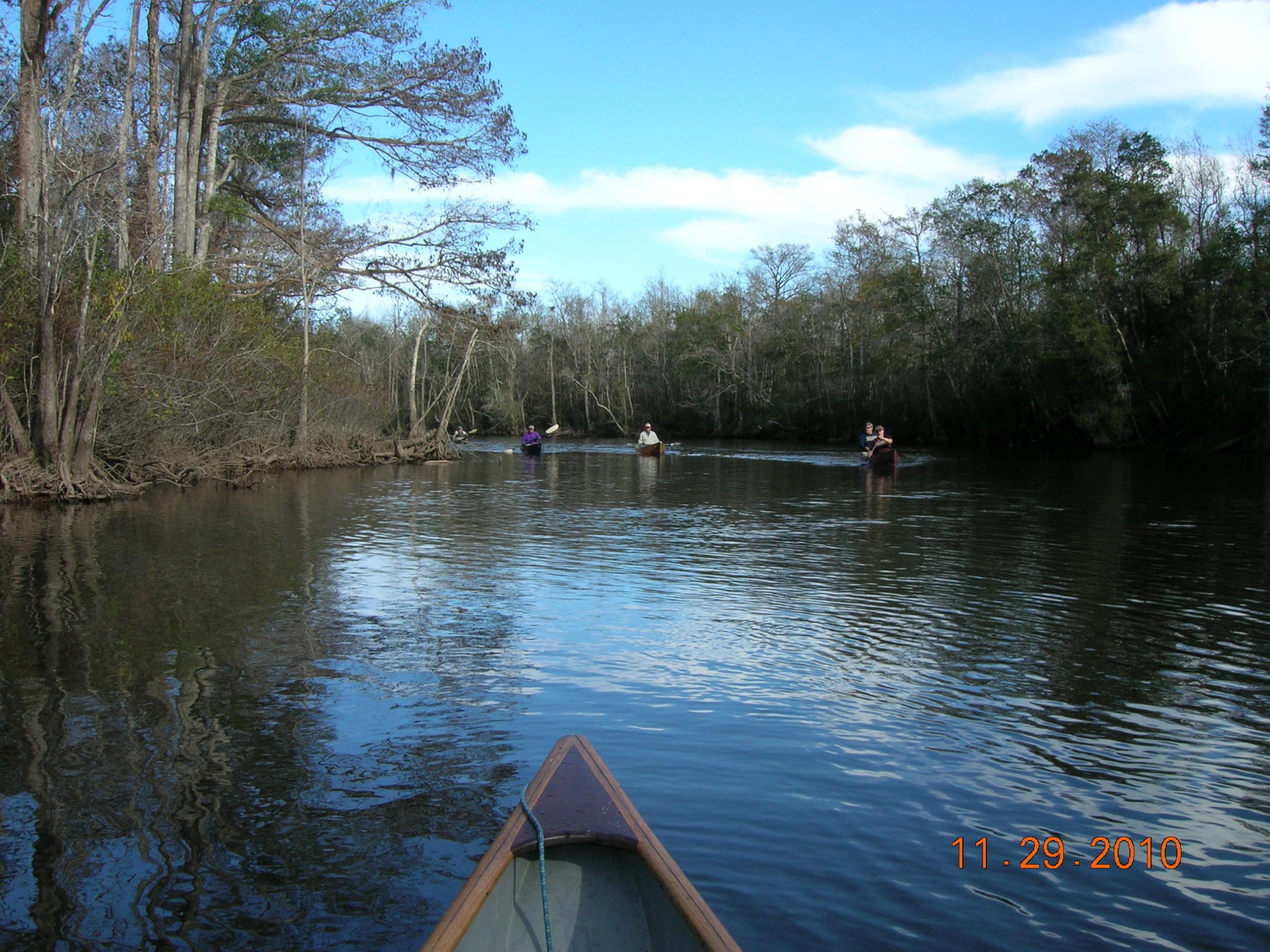 Monday, Nov. 29. Temperatures rose overnight, and Rick and I awoke to a balmy 60 degree temp. at 7 A.M. We broke camp and began the almost 500 mile trip to Hillsborough River State Park near Tampa where we would be canoeing the next few days. It was a pleasant 85 degrees when I rolled into the park where Rick had already set up camp.

Tuesday, Nov. 30. Our group of 7 was joined by three locals who guided us on a section of the Hillsborough River. It was a beautiful 85 degree day, sunny and no wind. 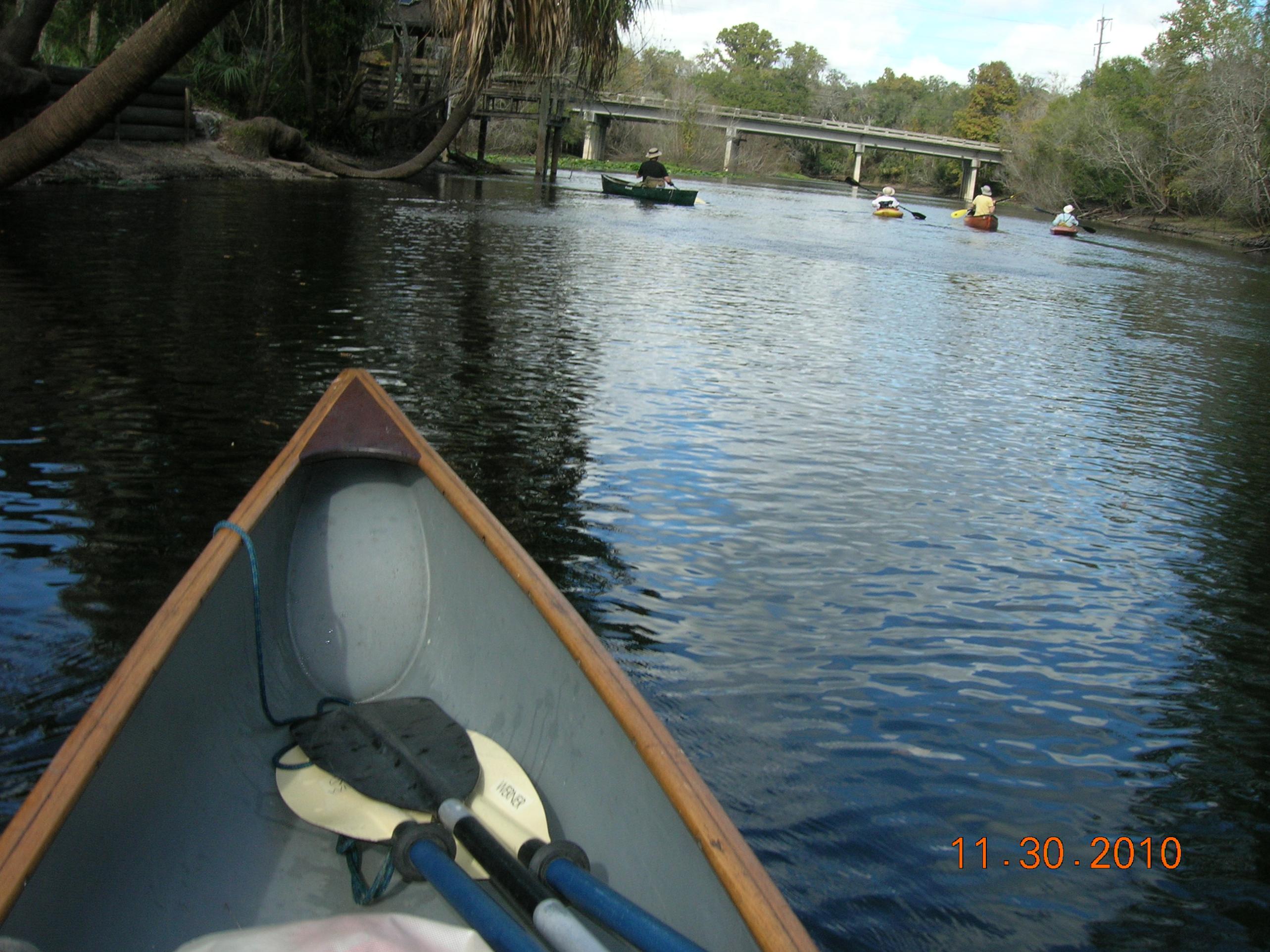 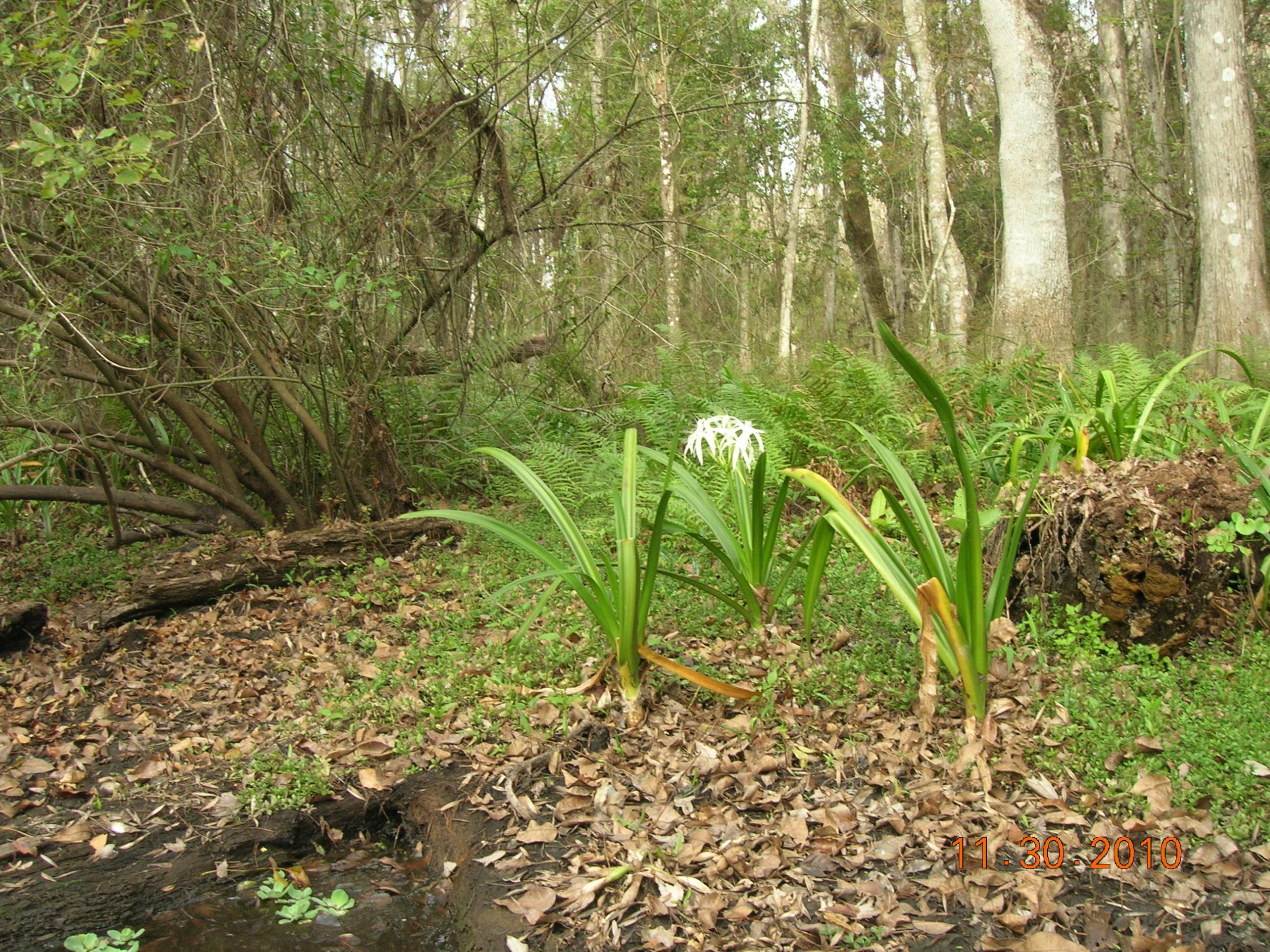 Wednesday, Dec. 1. Again the same group did a further section of the Hillsborough River. Today a cold front came through and it was windy and cool, but pleasant enough by Chicago standards. We saw many birds today and one very big gator. It was sunny in the mid-sixties and breezy. 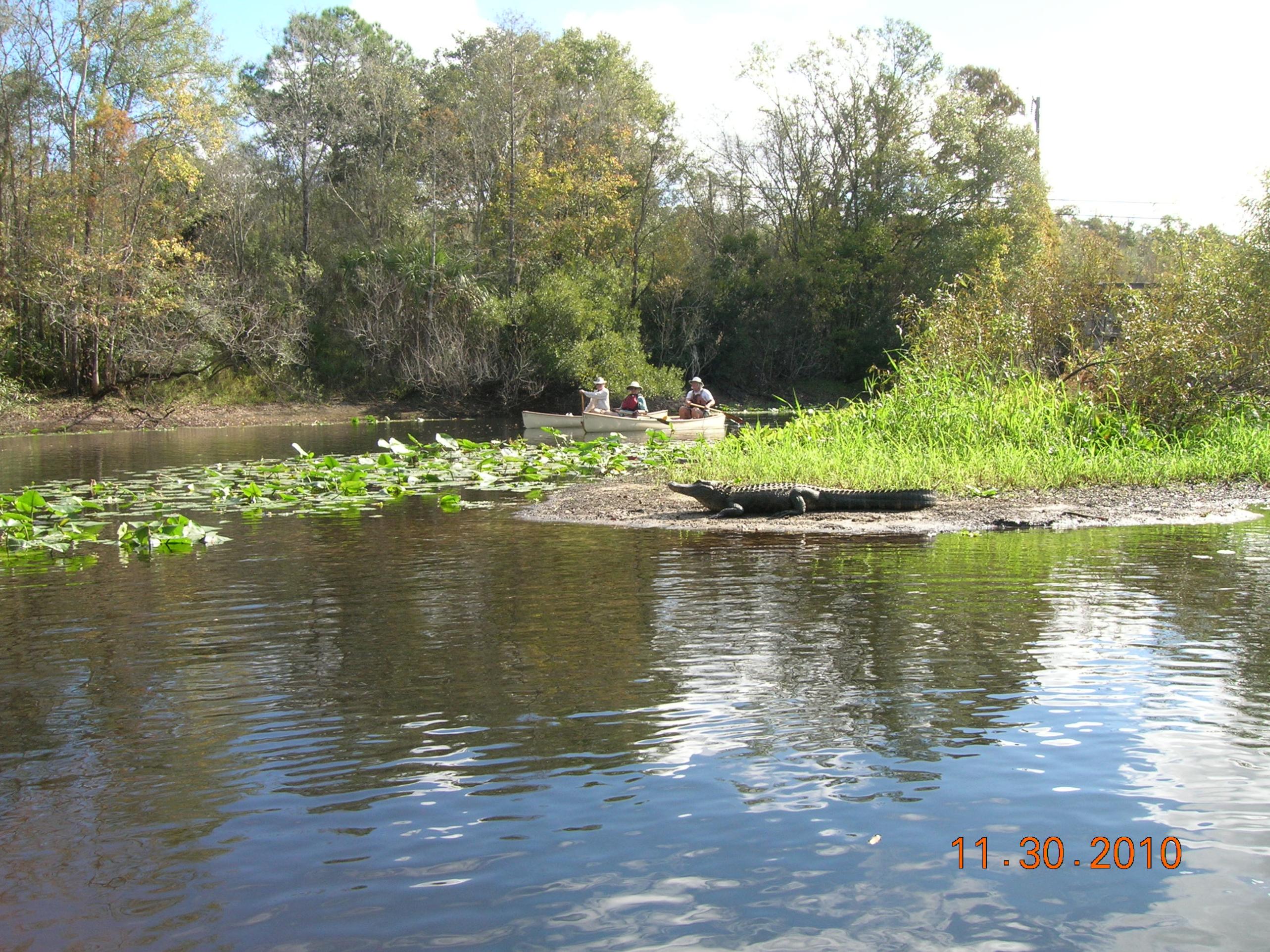 Thursday, Dec. 2. Ken, one of the locals from the Tampa area, guided us today on the Weekiwachee River about 60 miles north of Tampa. It originates in a spring and flows pristinely 7 miles into the ocean. We put in near the spring and paddled almost to the ocean. This is a beautiful stream, very clear and, today, it was full of manatees who were coming up to the spring to get warm, as the weather had turned cool. 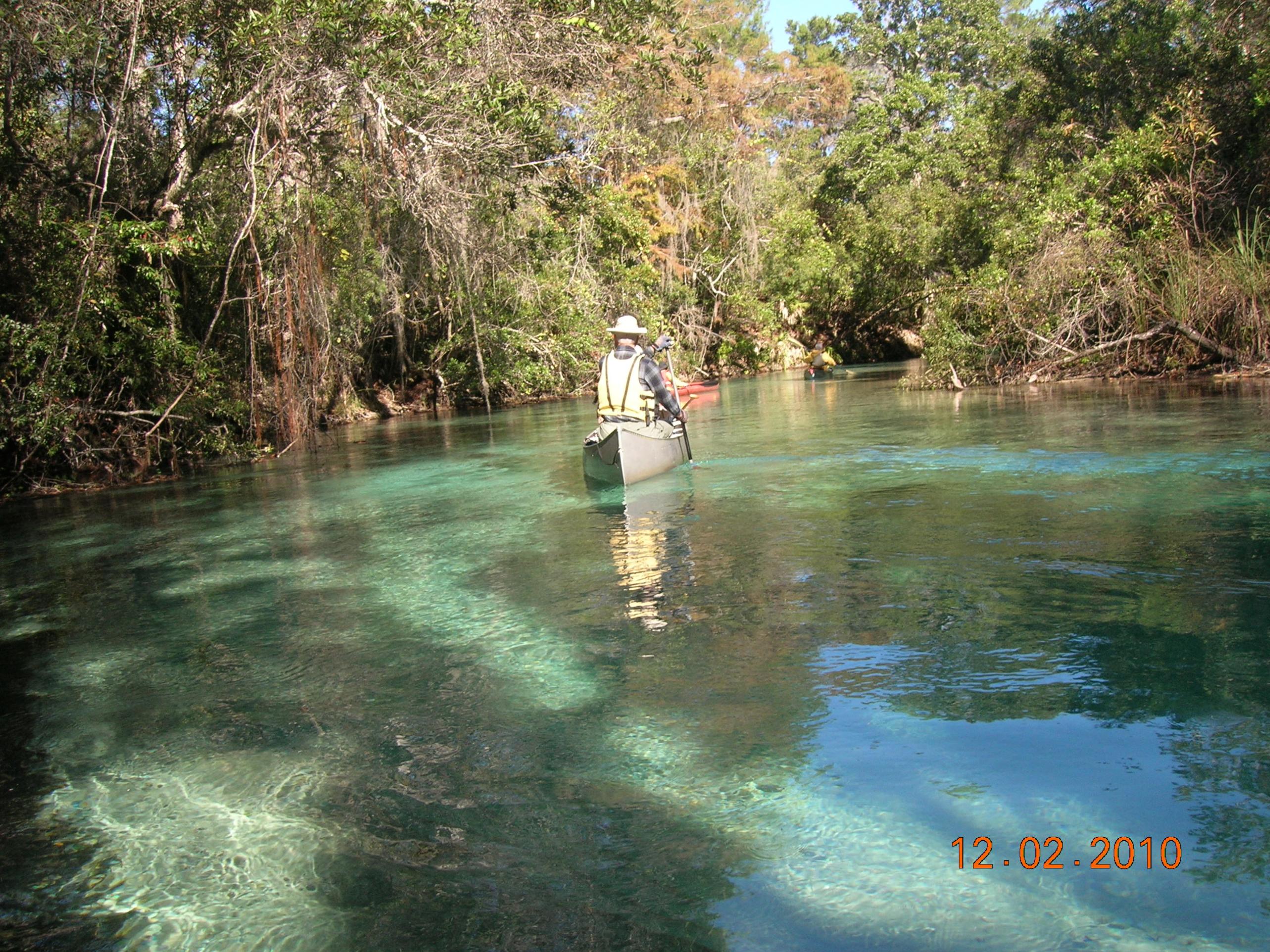 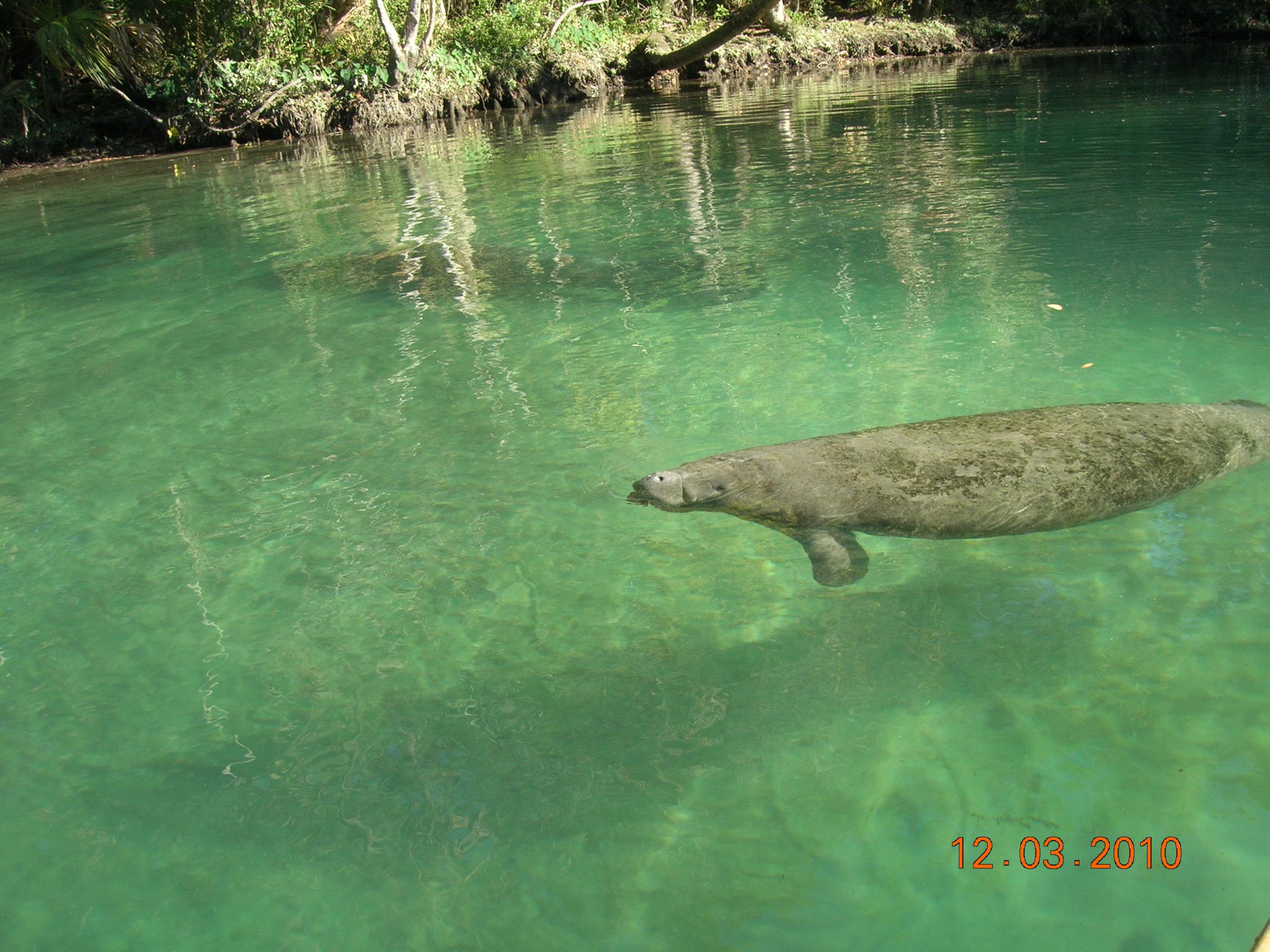 Friday, Dec. 3. I left the group and went to Ft. DeSoto Park in St. Petersburg by myself to do some bicycling and canoeing there. Rick was going to join me on Sunday, but never made it. The campsite at Ft. DeSoto was stunningly beautiful, an ocean view and quite large. I had enough time before dark to do an hour’s bicycling 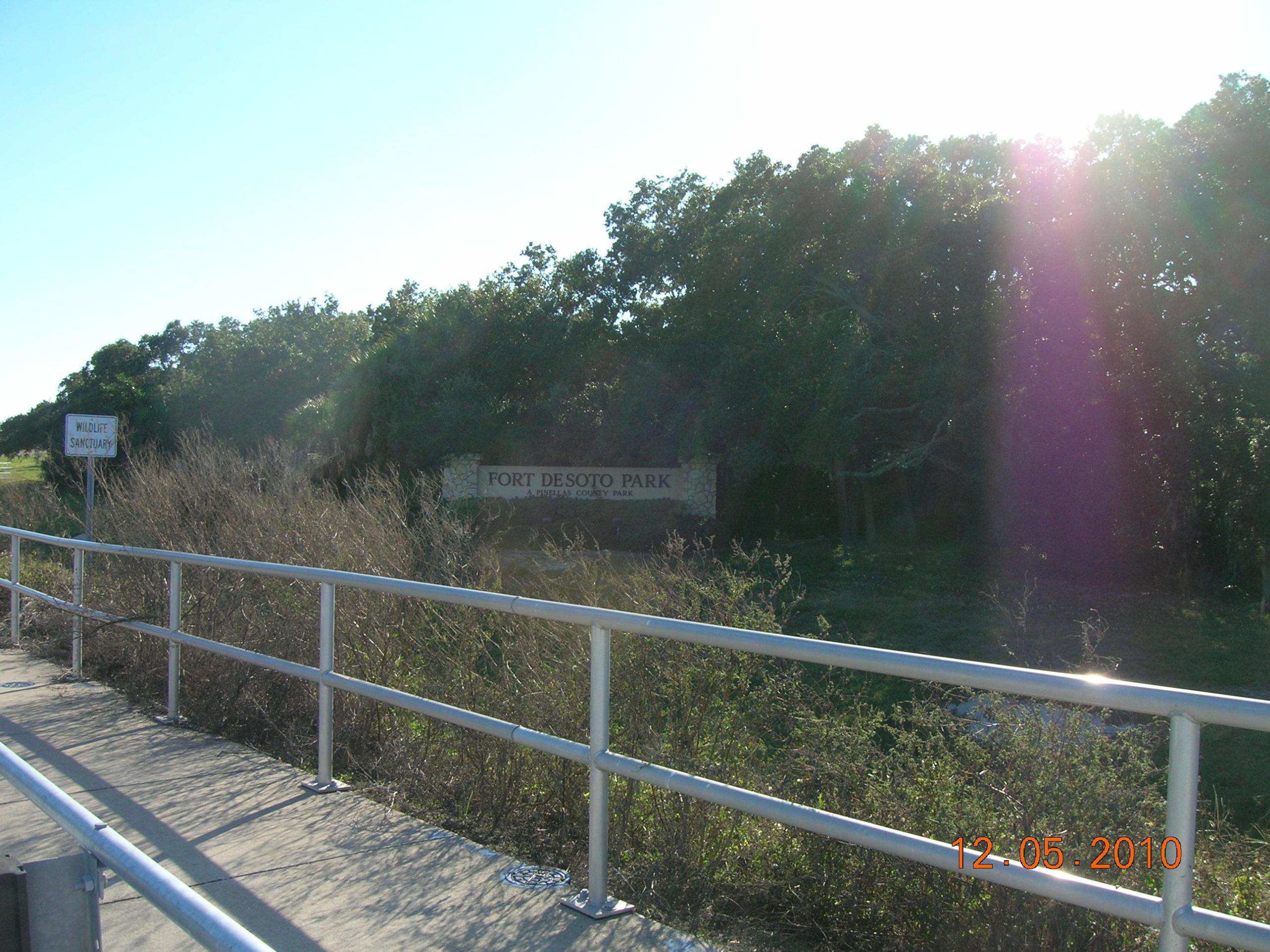 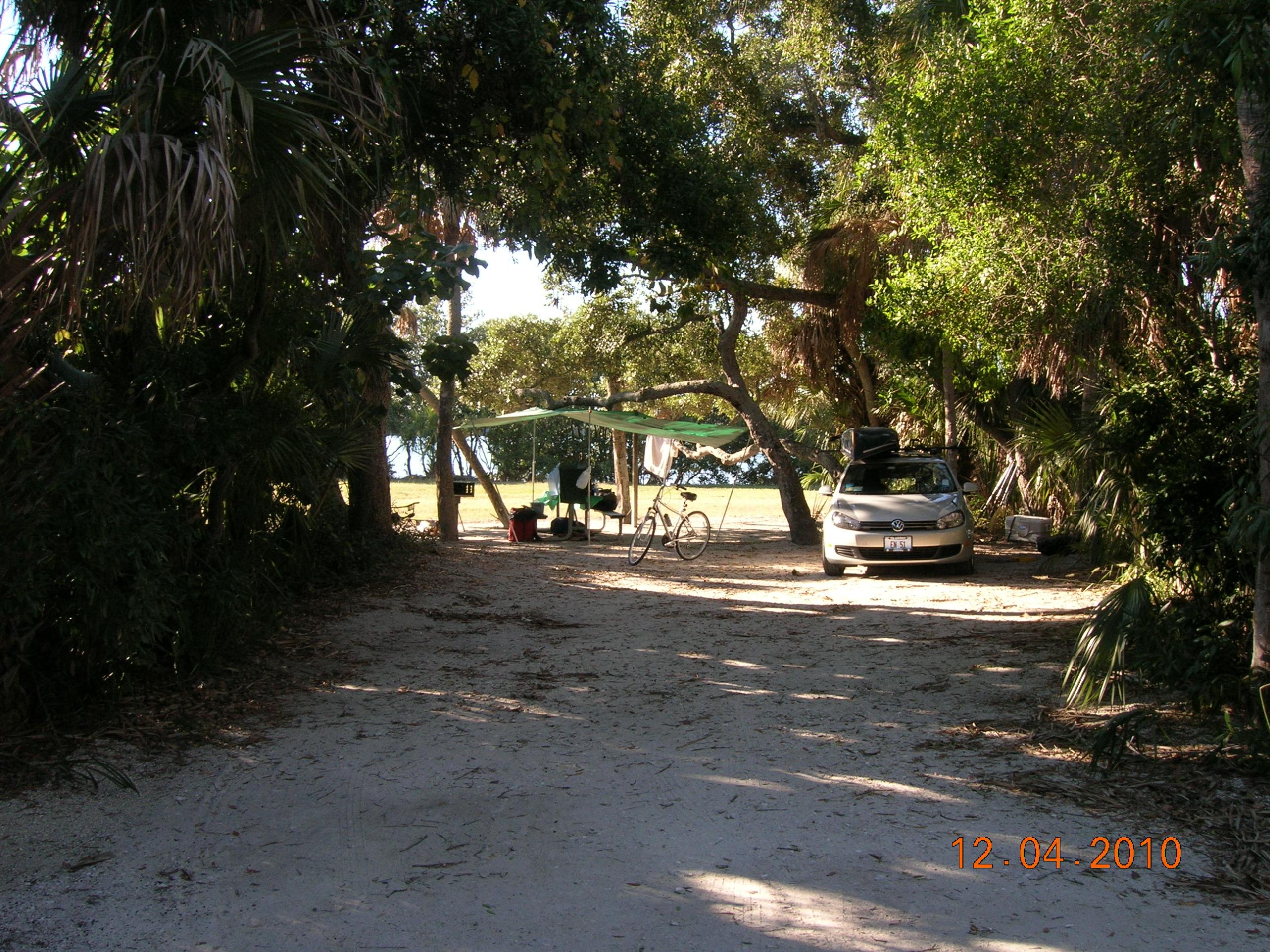 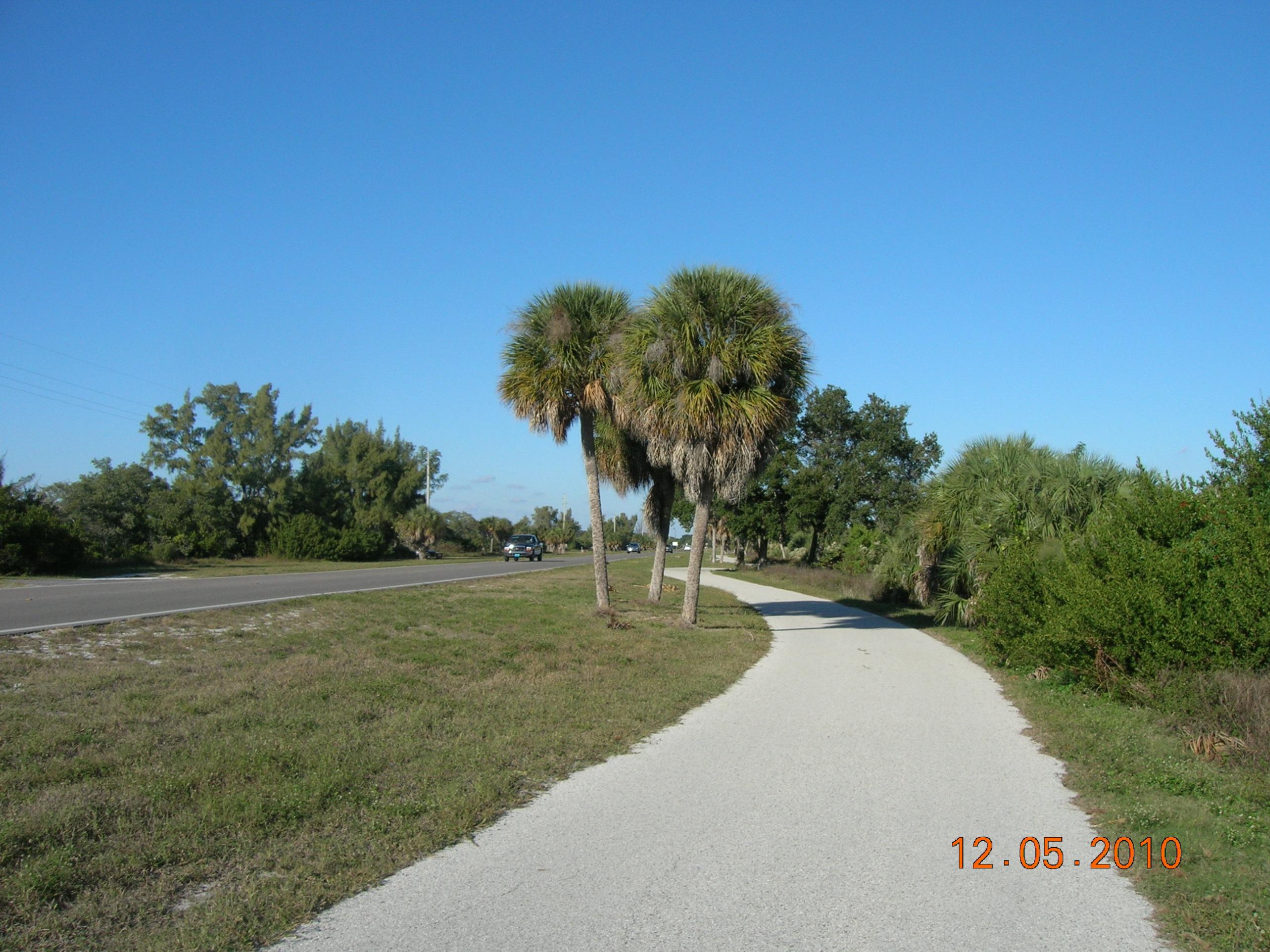 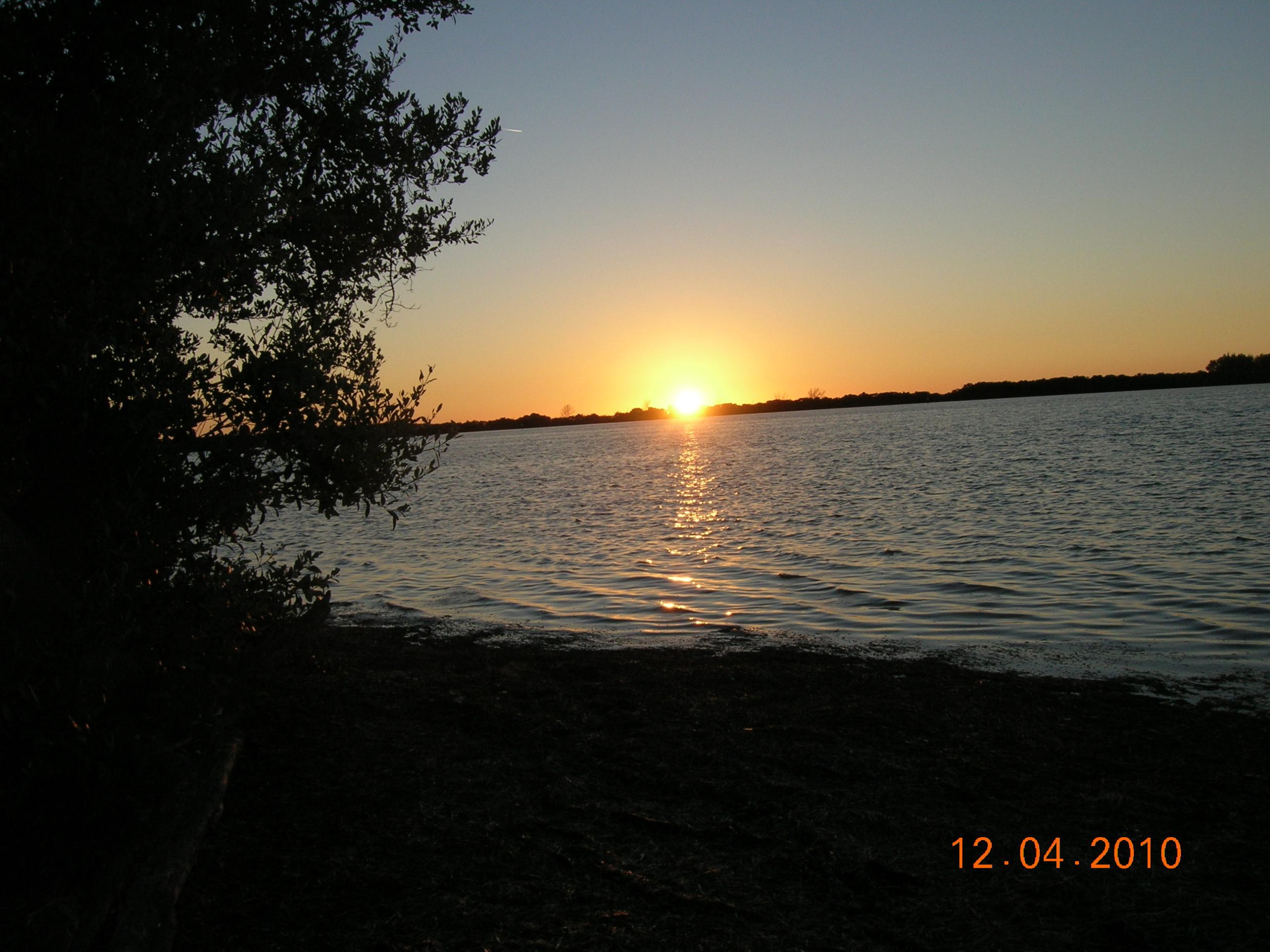 Saturday, Dec. 4. This was a beautiful day, in the 70’s and little wind. I bicycled 20 miles in the morning, and canoed in Tampa Bay in the afternoon. The winds were very light, and it was a delightful two-hour paddle around the island where I camped. I launched the canoe right from the campsite. 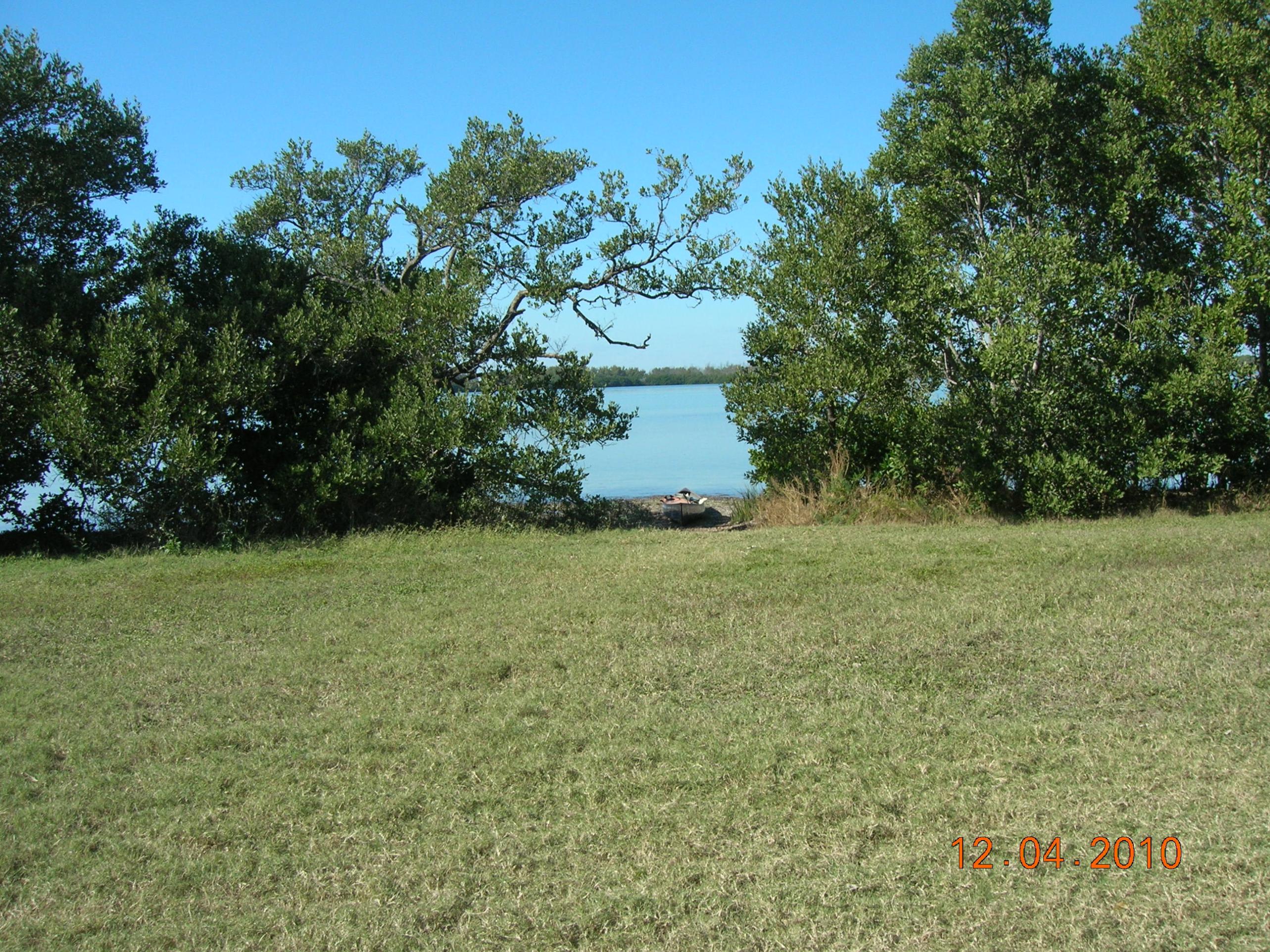 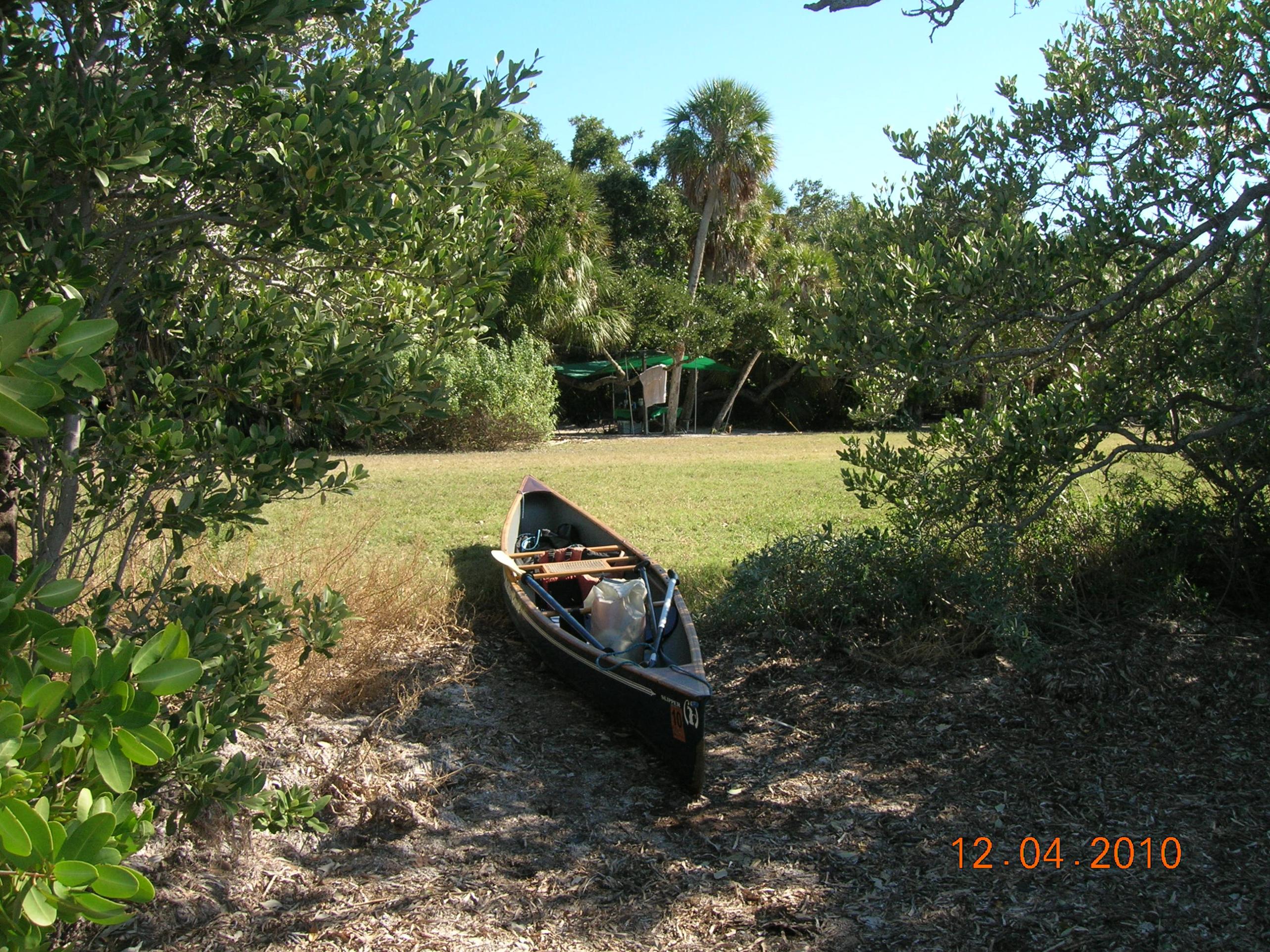 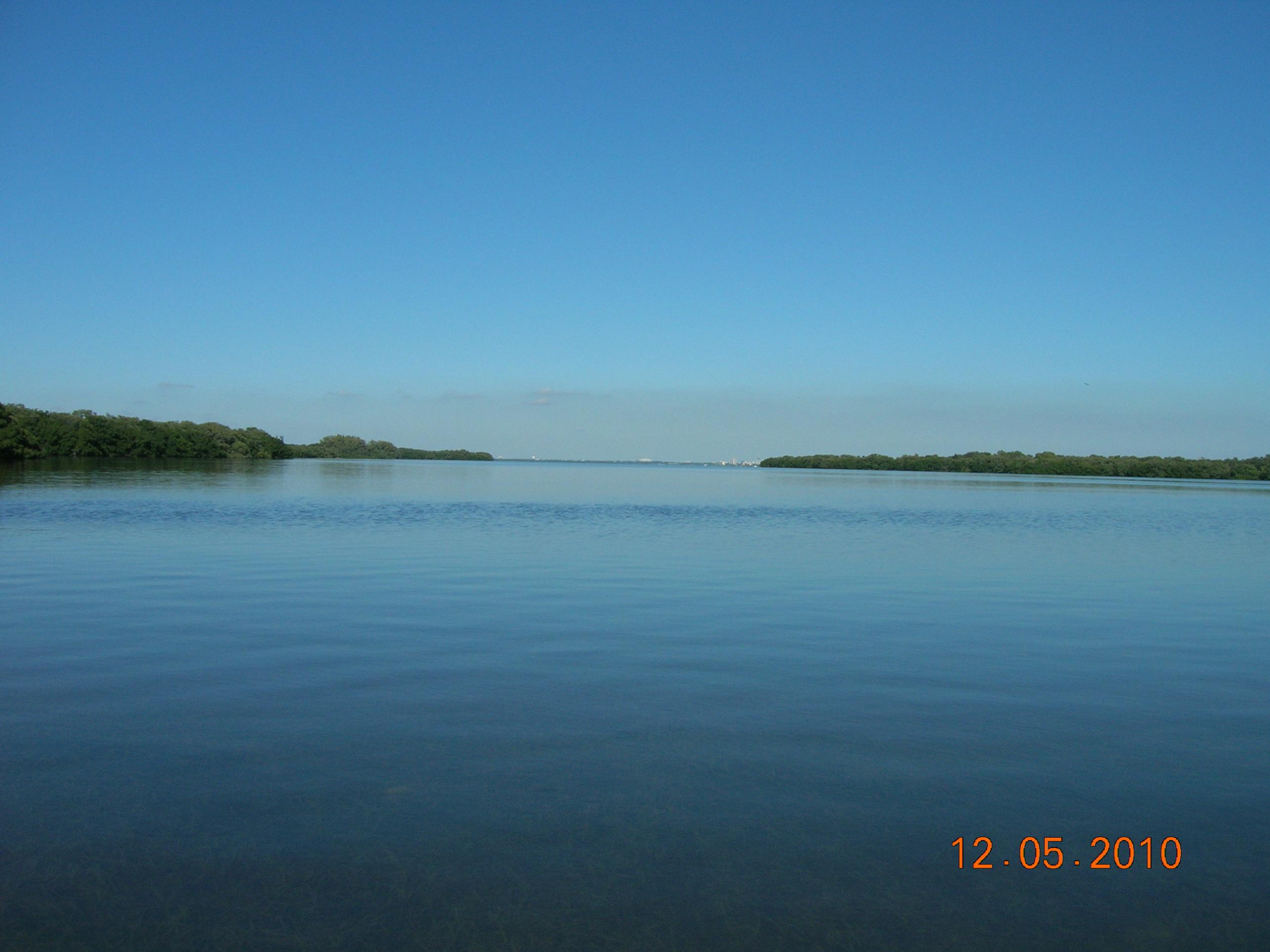 Sunday, Dec. 5. A cold front came through which drove Rick and my other friends home, but I stayed at Ft. DeSoto for another day, bicycling before heading further south to Collier-Seminole State Park near Naples.

Monday, Dec. 6. Collier-Seminole is a nice park with a 13-mile canoe loop trail. I settled in on Monday. 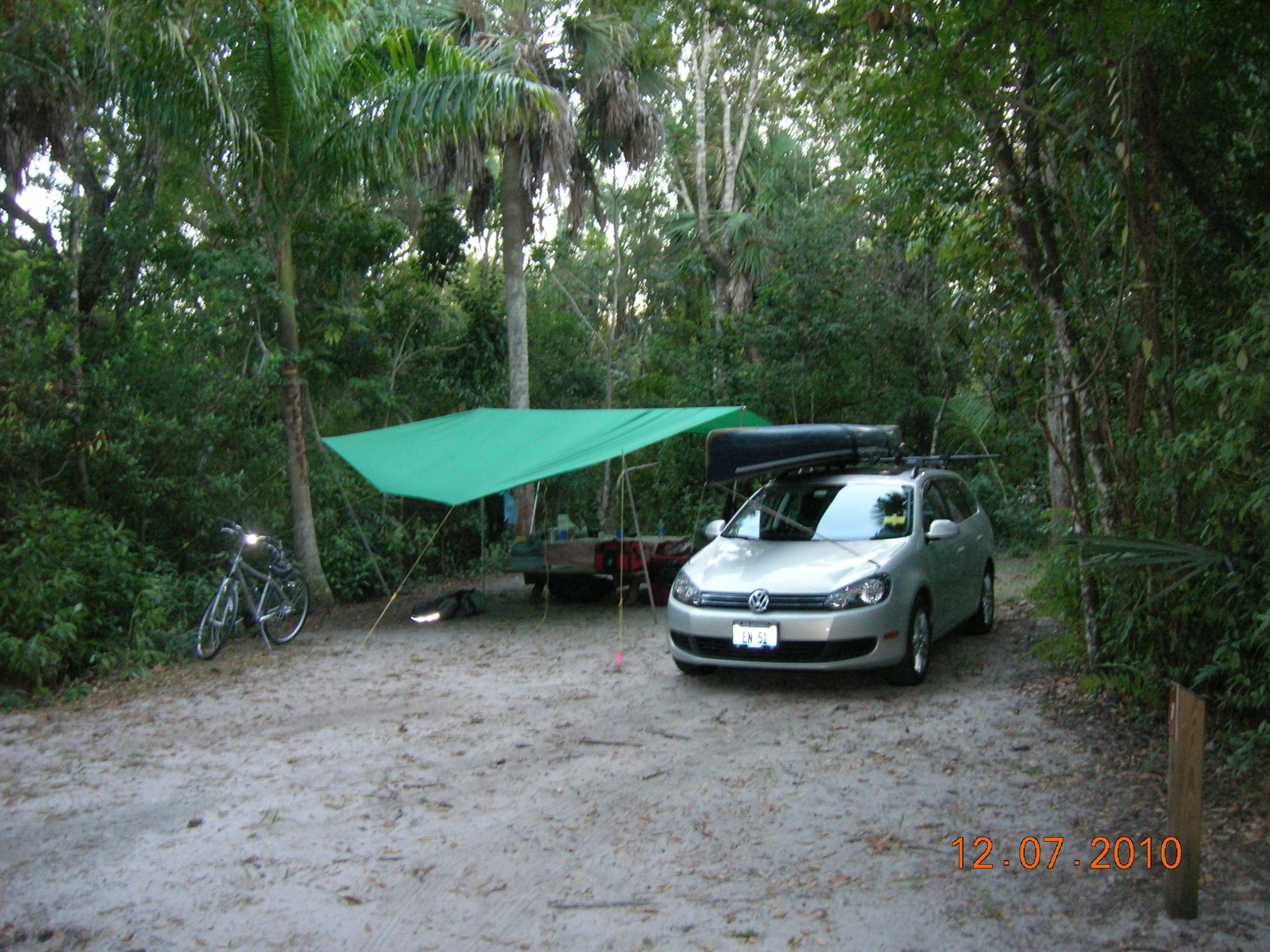 Tuesday, Dec. 7. I went sight-seeing in Naples today, especially checking out The Ramada Inn where my wife and I are going to spend a week in January. I also went to Wal-Mart to renew some supplies. 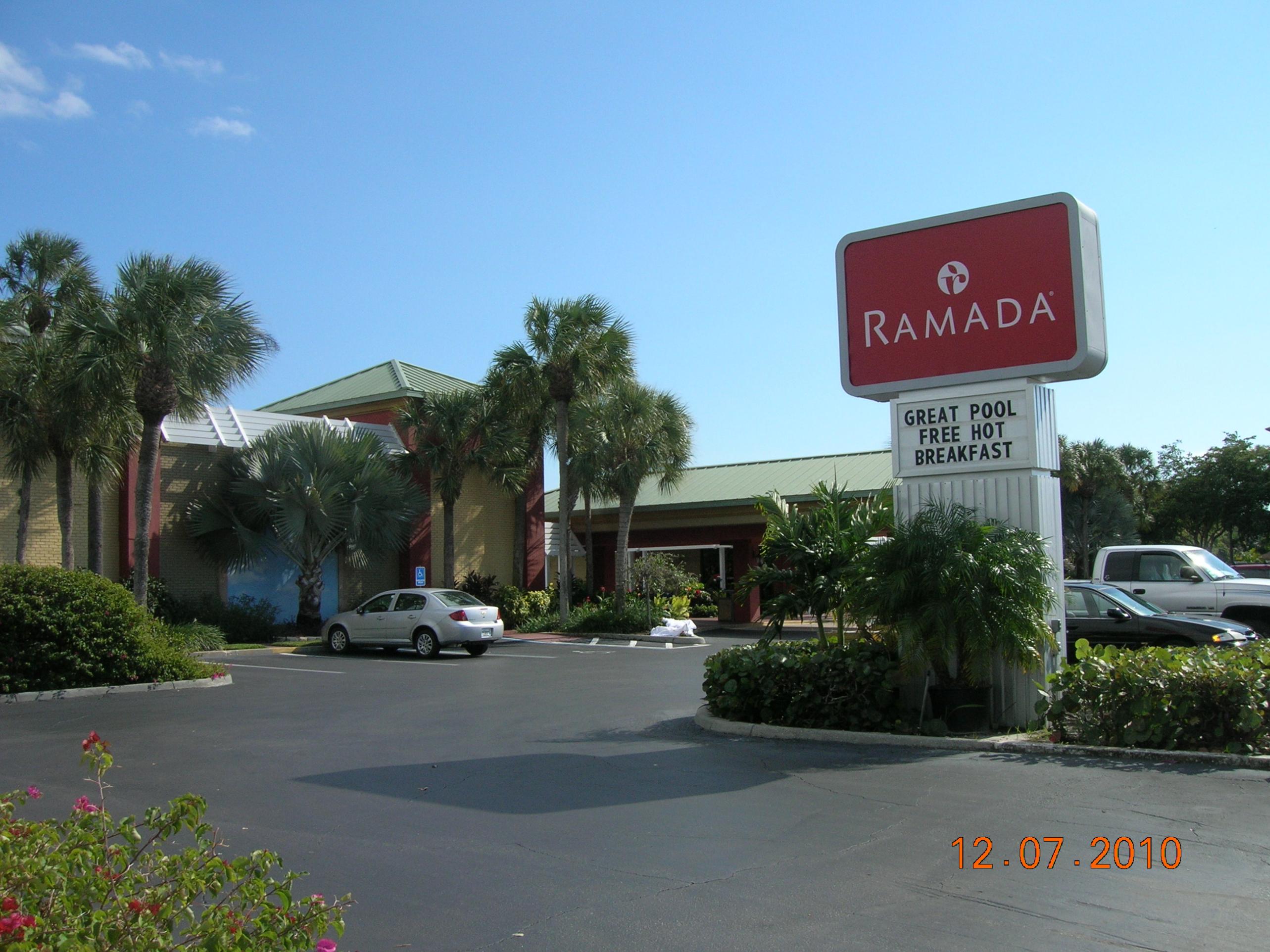 Wednesday, Dec. 8. I bicycled the campground and up and down the road outside the campground in the morning and did and out and back on the canoe trail in the afternoon. The weather has been cool for this far south, but still good enough for this northerner. 60’s for a high and the nights have been in the 40’s. 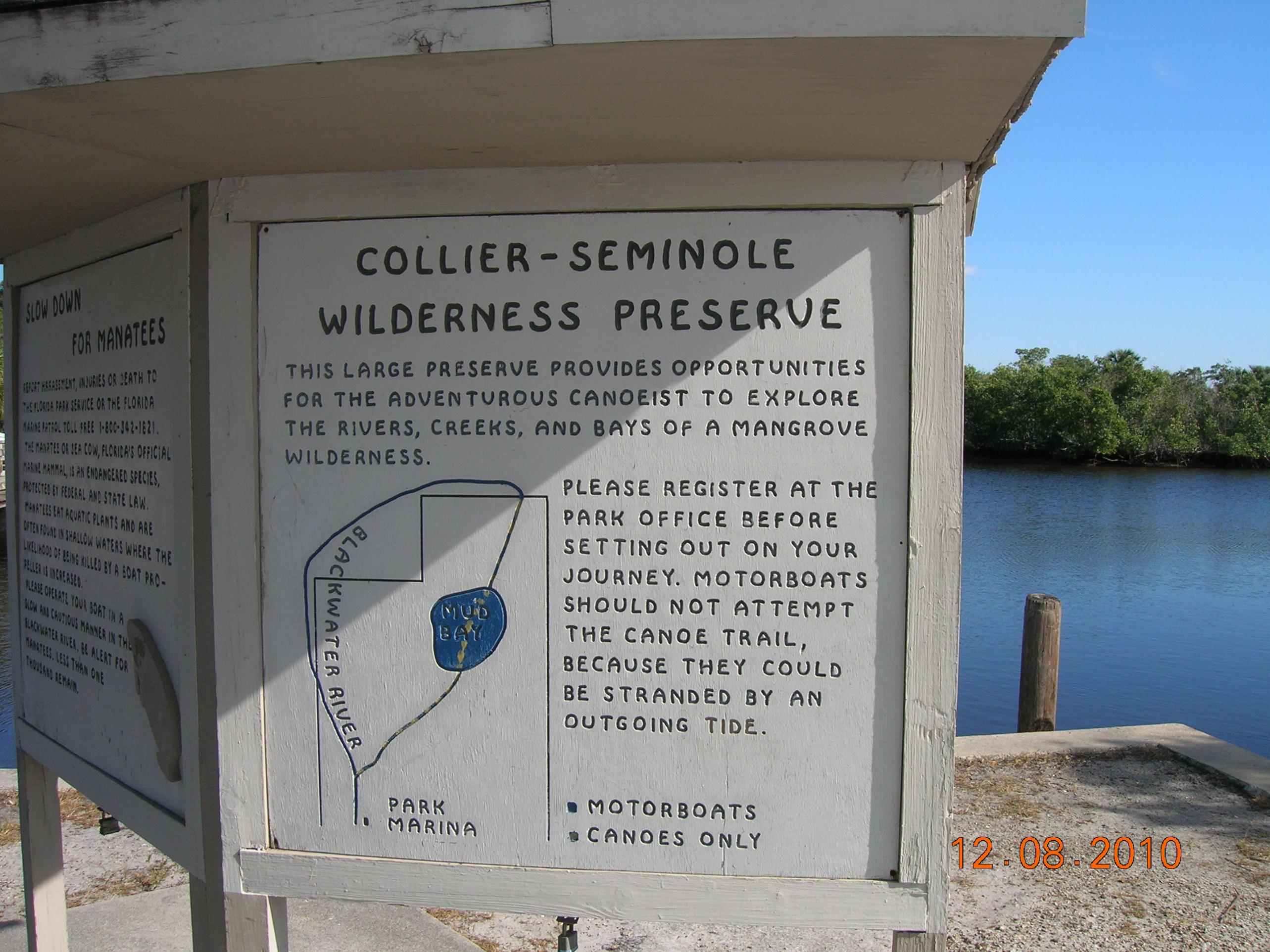 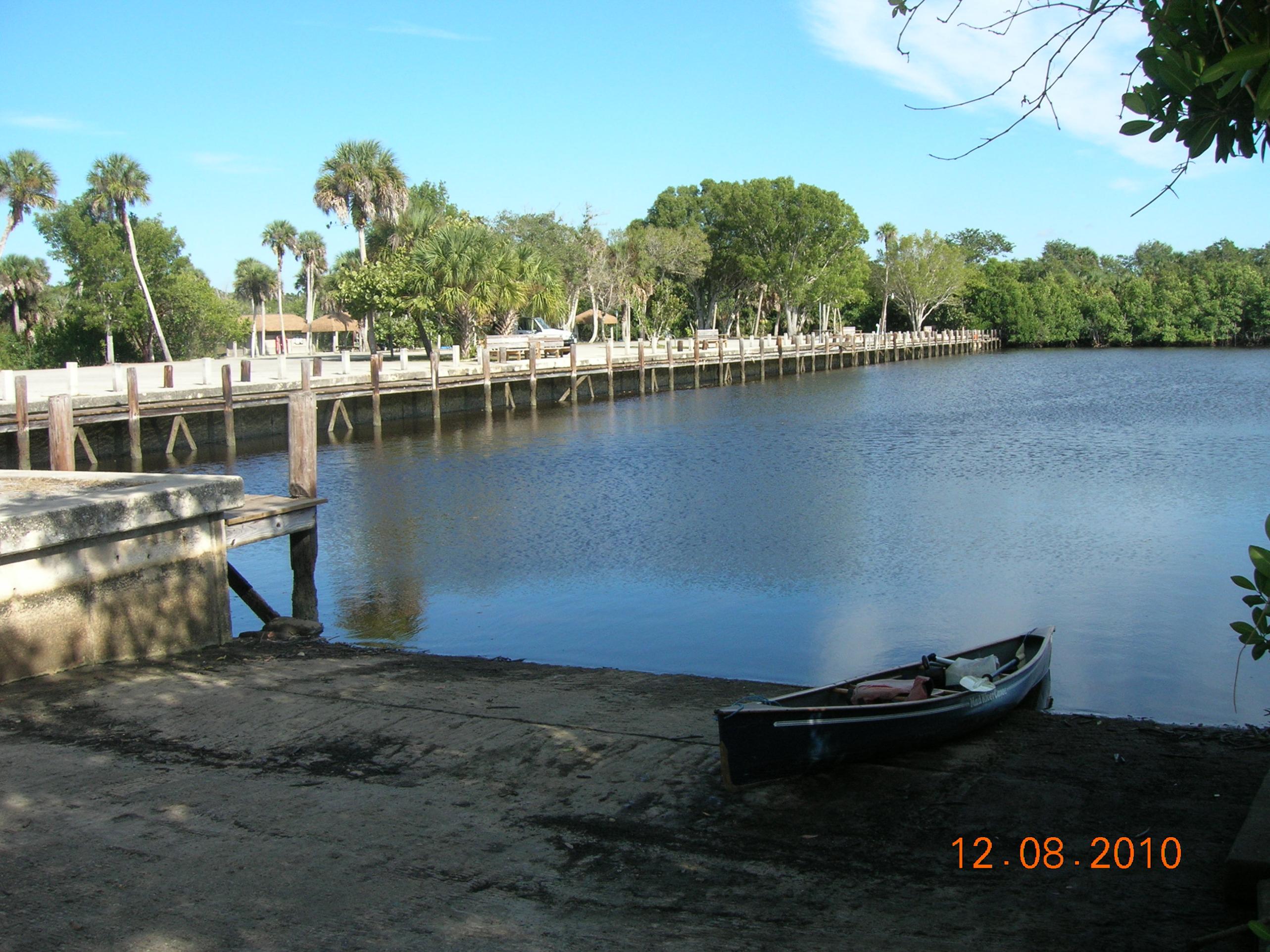 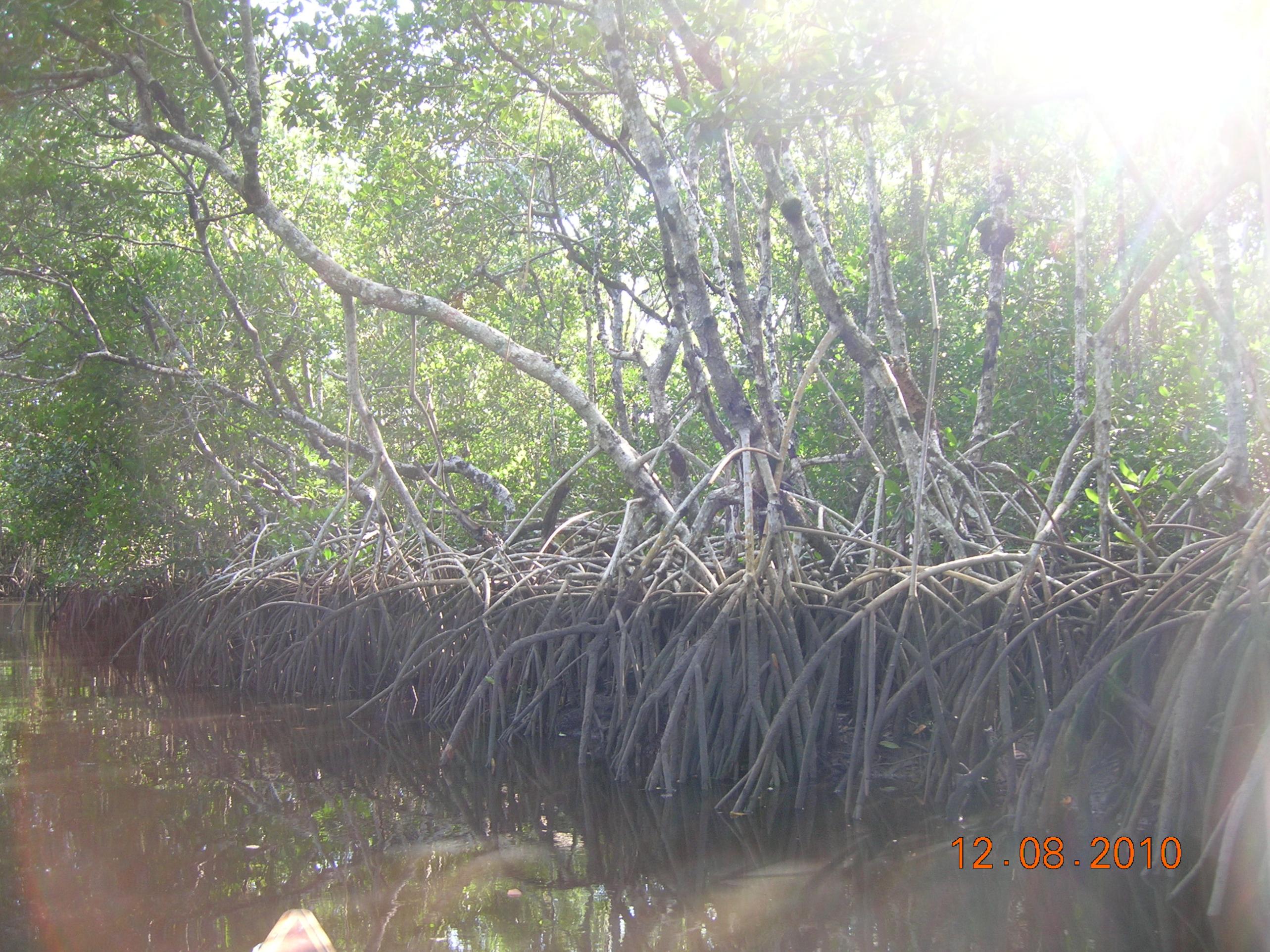 Thursday, Dec. 9. I returned to Ft. DeSoto for three more days before heading home on Sunday. It was too windy to canoe, so I rode the beautiful bicycle paths of this fine park.