Fifth trip up the Gunflint trail
by marc24

Trip Type: Paddling Canoe
Entry Date: 07/21/2011
Entry & Exit Point: Seagull Lake (EP 54)
Number of Days: 11
Group Size: 4
Trip Introduction:
For our fifth BWCA adventure, my wife and I brought along two newbies, my brother Scott and our good friend Zach. Every trip previous to this one was taken with my parents. Due to scheduling conflicts, we could not organize a trip with them although they did make a trip by themselves and we planned on meeting up with them on a predetermined lake on a predetermined date. Once again, we drove two long days from Baltimore, picked up my brother at the airport in Milwaukee, and arrived to the outfitters late in the evening on July 19th. We did the last minute packing, re-organizing, and pre-planning and were ready to go bright and early in the morning.
Discuss Trip: View Discussion Thread (4 messages)
Day 1 of 11
Wednesday, July 21, 2010

We woke up extremely early in the morning due to the usual excitement of setting out on an adventure. This of course was aided by having two newbies in the group. Our favorite outfitters provided the usual great breakfast, we went over route plans, watched the video and away we went to our entry point on Seagull Lake. After a bit of confusion as to where the entry point was (we knew because we had been there the last two years but had a hard time convincing the young driver), we were finally on the water a little after 9 am.

My wife and I were in one canoe and my brother and friend in the other canoe. They are both avid outdoors people and have paddled many times so we had no worries about them handling their boat. Notice I said handling, not steering! Neither one had used bent shaft paddles or paddled kevlar canoes. With my brother trying to steer, my wife and I got a good laugh out of the zig-zag approach of trying to cross Seagull Lake. The wind seemed unusually high for so early in the morning so we hugged the eastern shore and hid behind Threemile Island for the length of the lake.

Eventually however, you have to hit the open water and the wind was howling creating small whitecaps. We dug in, pointed the canoes dead into the waves and plowed through them. My wife never ceases to amaze me when we hit a challenging piece of paddling and soon enough we were at the 105 rod portage to Alpine.

Our goal was to meet my parents on Ogishkemuncie sometime in the afternoon. They were going to get there the day before, stake out a good campsite and hang a yellow flag for us to see from a distance. Because of the wind and the distance we had to paddle, fishing was pretty much non-existent during the travel spare a few casts into "fishy looking" areas.

The paddling from Seagull-Alpine-Jasper-Kingfisher and onto Ogish was just that, paddling. After all, we had a goal to meet which is not usually our style in the Boundary Waters. It was our third trip to Ogish so we knew the area well and where to find the portages.

We arrived on Ogish, ate some quick snacks and continued on our way. The only hard part of our planning was having to paddle up to every campsite to see if it was "reserved" for us by my parents. We were not sure how easy it would be to see the flag from the water. We had decided previously to have them grab the site at the entrance to Spice lake if they could and that's eventually where we found them. They were out exploring at the time we arrived but they returned about 30 minutes later. We exchanged hugs and relaxed for awhile, it had been a pretty tough day of paddling especially for the non-steering canoe! My parents had come in through the Brant Lake entry point and had enjoyed many days of near solitude and apparently great lake trout fishing. All caught with the same deep-diving red crankbait.

After a great dinner, I went out fishing with my father and my brother took out my mother. We hit a spot that we had good luck with on previous trips and pulled in some nice smallies but were looking for walleye. It was our first experiment with a drift sock and all I can say to anyone who canoe fishes, BUY ONE! We paddled back towards camp switching to topwater lures and caught a few more smallies. Then to our surprise, as my father was reeling in a fish we assumed was a bass (still fishing with poppers), we realized he had caught a decent sized walleye. The BWCA never ceases to amaze me.

It was a great ending to a beautiful, yet windy, day! 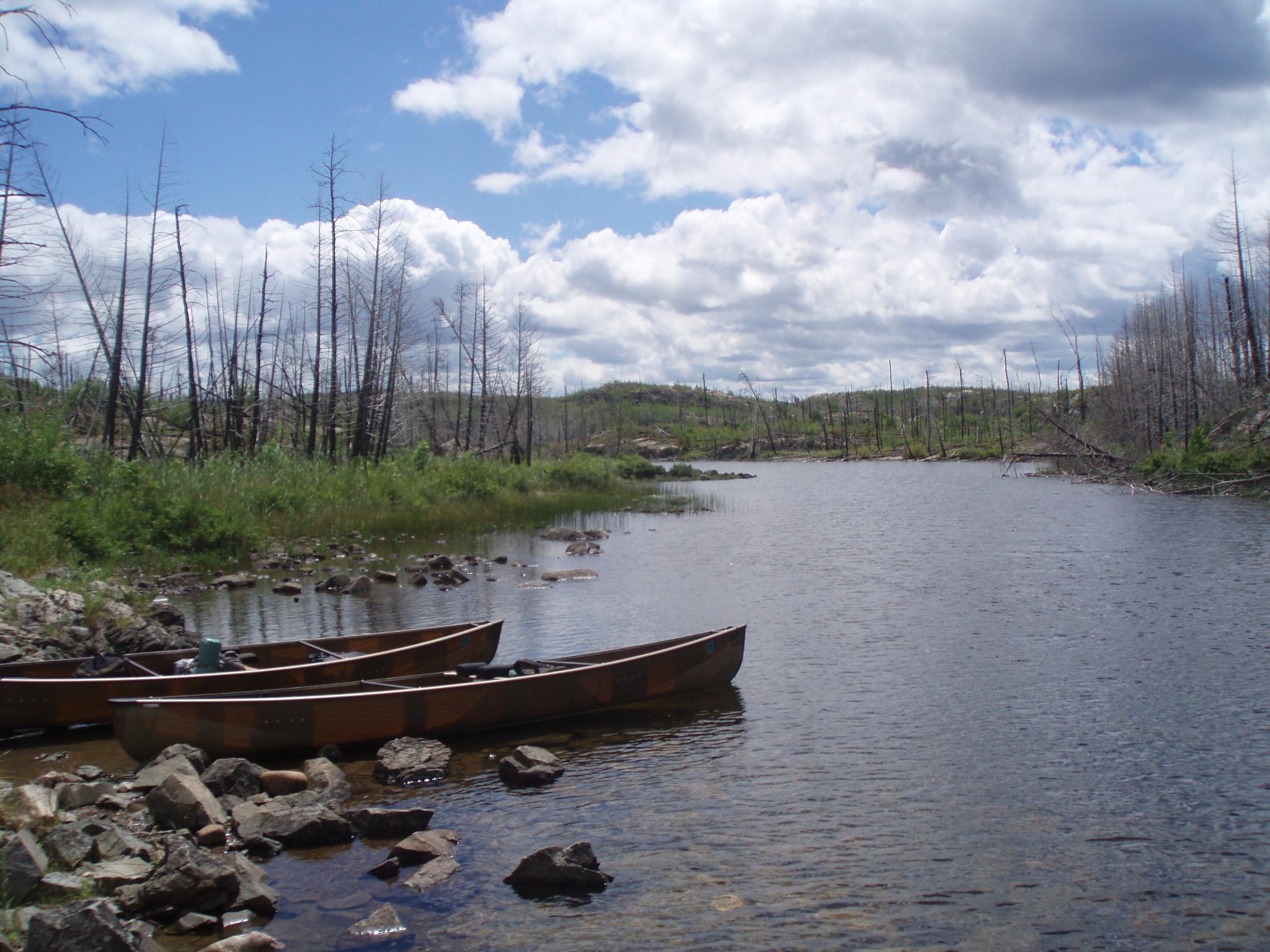 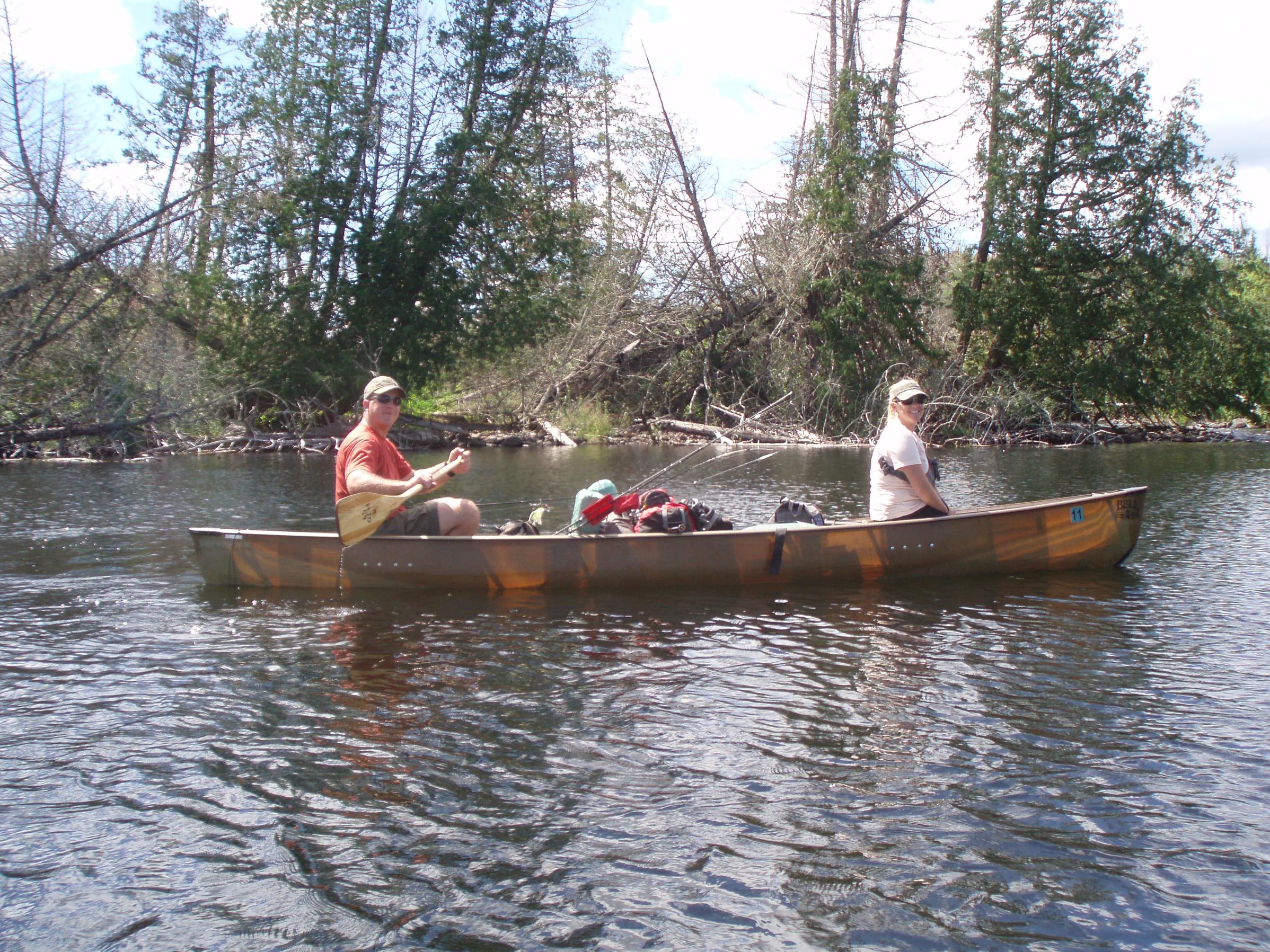 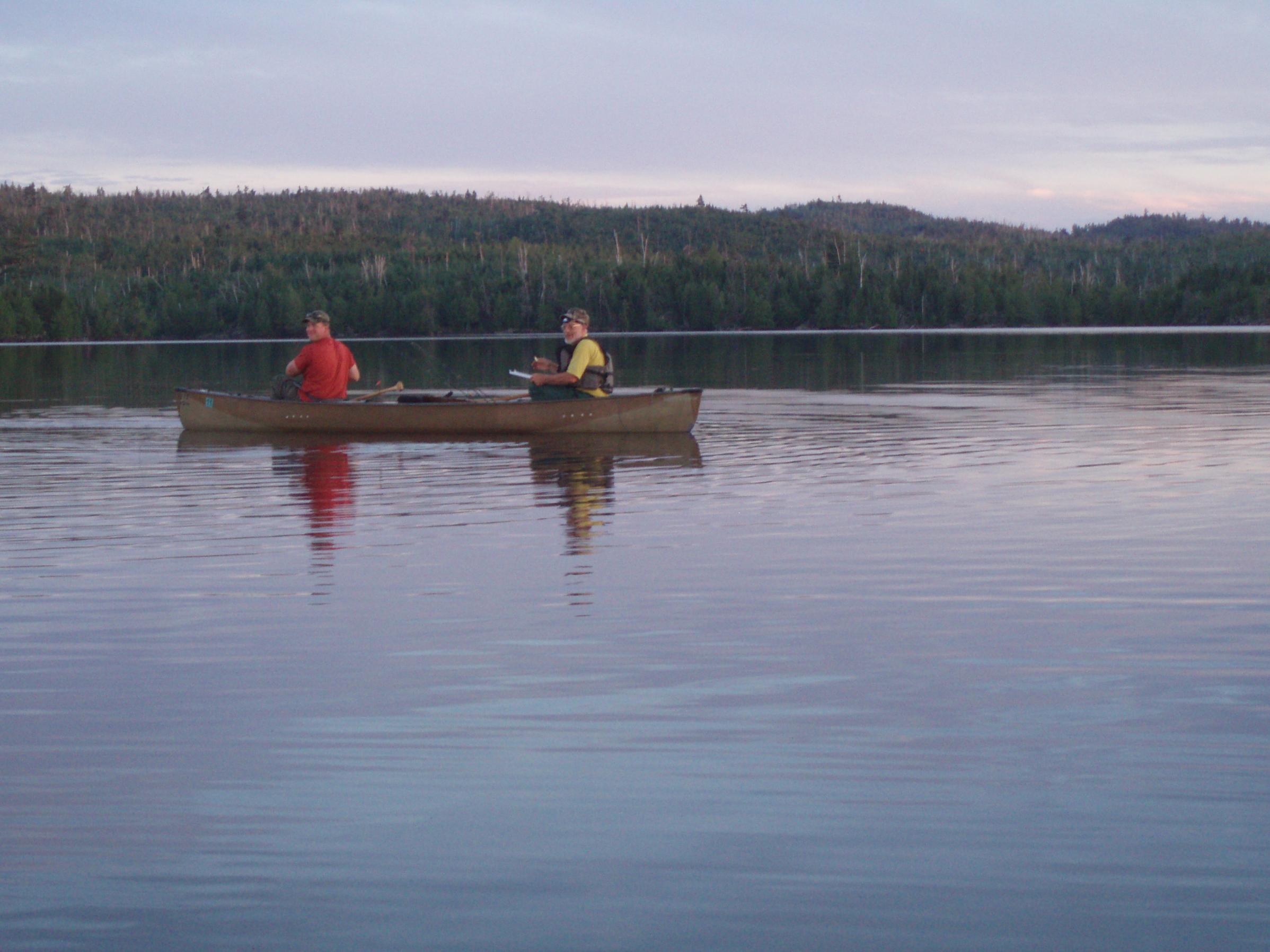