Prisoners on Pine
by TuscaroraBorealis

Trip Type: Paddling Canoe
Entry Date: 05/28/2011
Entry & Exit Point: Pine Lake (EP 68)
Number of Days: 6
Group Size: 2
Trip Introduction:
My wife Vickie & I were married last fall. We had a small ceremony, but, never had a formal reception. We decided to have a wedding celebration at Gooseberry Falls State Park to formally mark the occasion. This would also serve as our jumping off point to a trip into the BWCAW. Sort of a belated honeymoon? Since Vickie was nearly 8 months pregnant we decided on a trip with no portaging. (At least not for her) Pine lake met that criteria & had Johnson falls to boot. Plus, I thought we might sneak up to Gadwall and/or Vale lake to do some fishing.
Discuss Trip: View Discussion Thread (38 messages)
Day 1 of 6
Saturday, May 28, 2011

We had hoped for the best but, the weatherman forecasted thunder & rain last night. And the day started out rainy, windy & cold as we began setting things up at the lakeview shelter at Gooseberry Falls state park. Beyond the weather we also had a small heart attack when we blew the power & had no way of heating the food! Fortunately the park maintainence man got the 1938 wiring figured out and restored power about an hour before people were to start arriving. 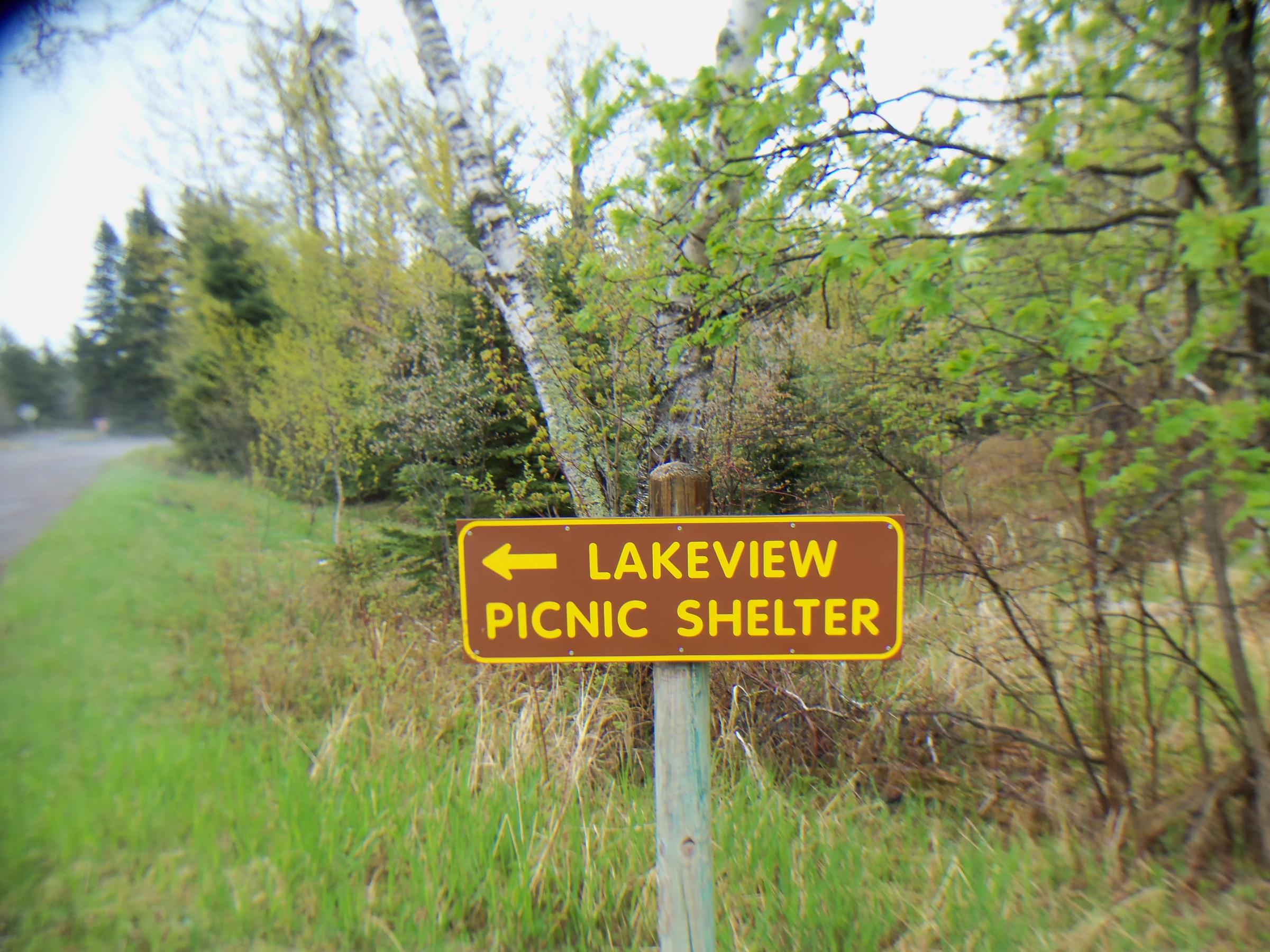 There was a nice fireplace inside the shelter. That, coupled with my fish house heater, kept it fairly warm inside. As the day progressed the clouds broke up a bit and it wasn't actually too bad. Can't thank our parents enough for all the did to make this day possible! 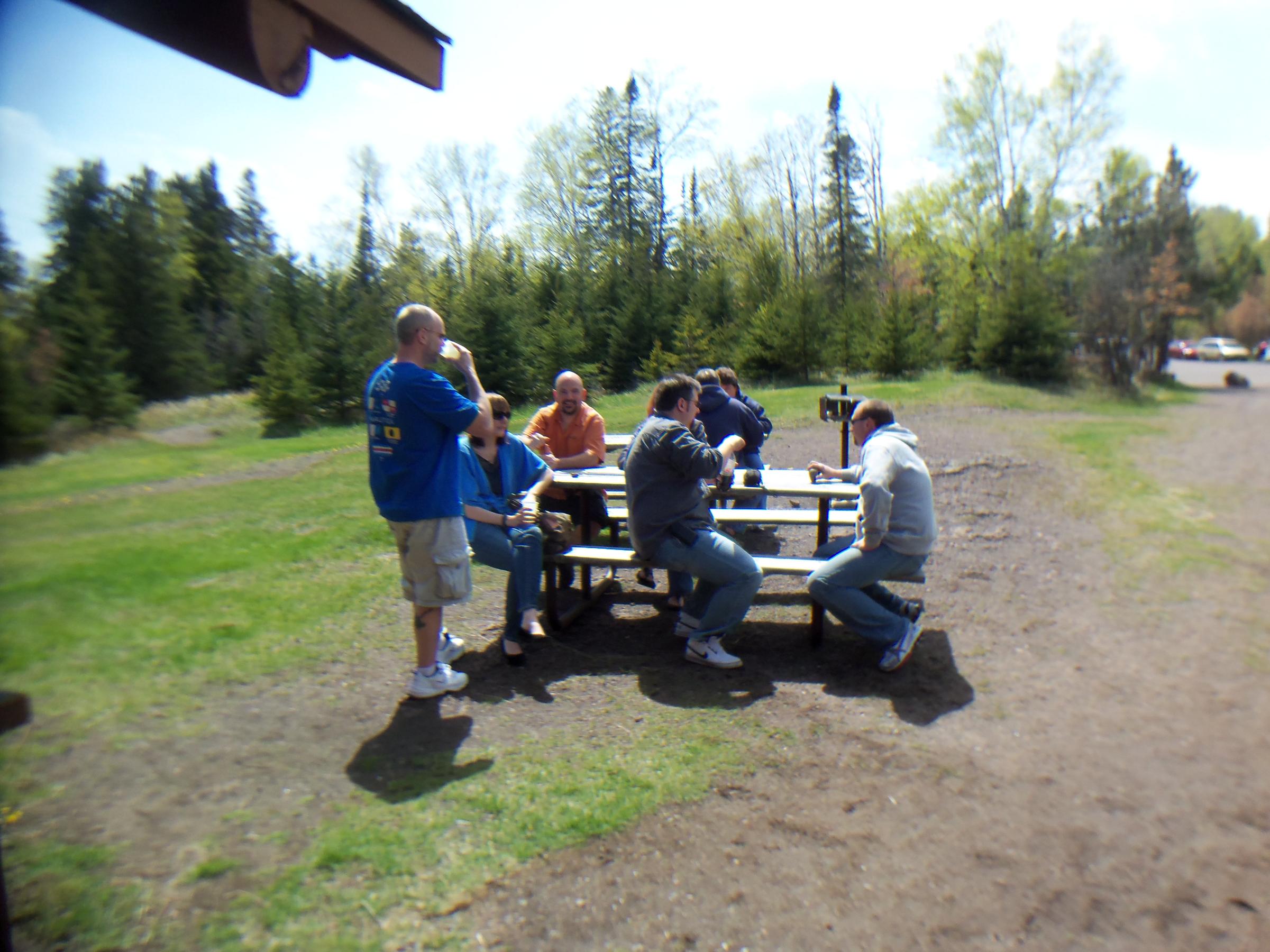 For the most part the food all turned out great. Only the potatoes wound up being a bit cold as we had to rotate which roaster/pan got to be plugged in. There was a scare when my 6 year old nephew Collin wound up wandering off & was escorted back by a kind park ranger. But, all & all it was a great time & it was nice to see & socialize with many people I hadn't seen in years. 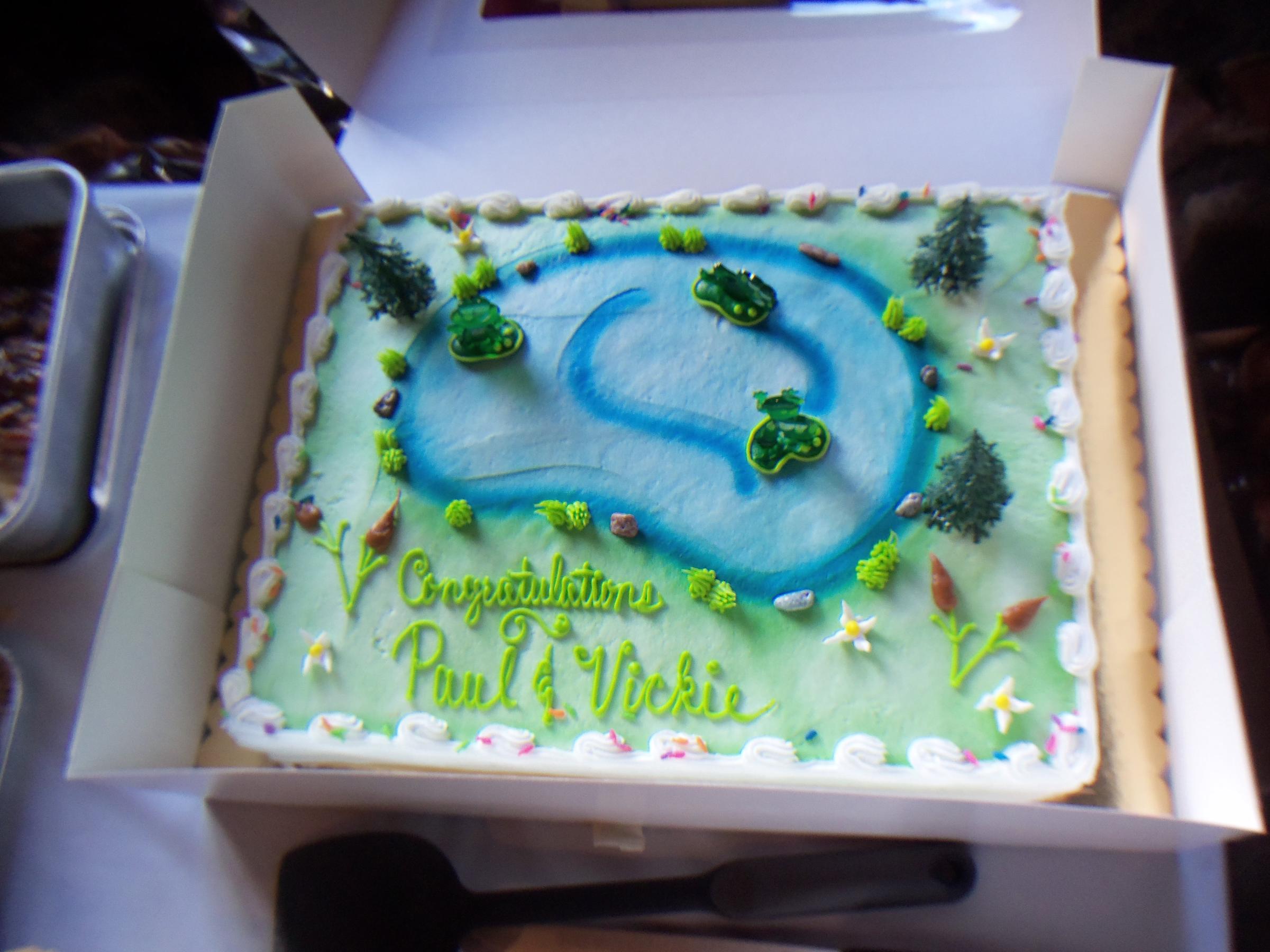 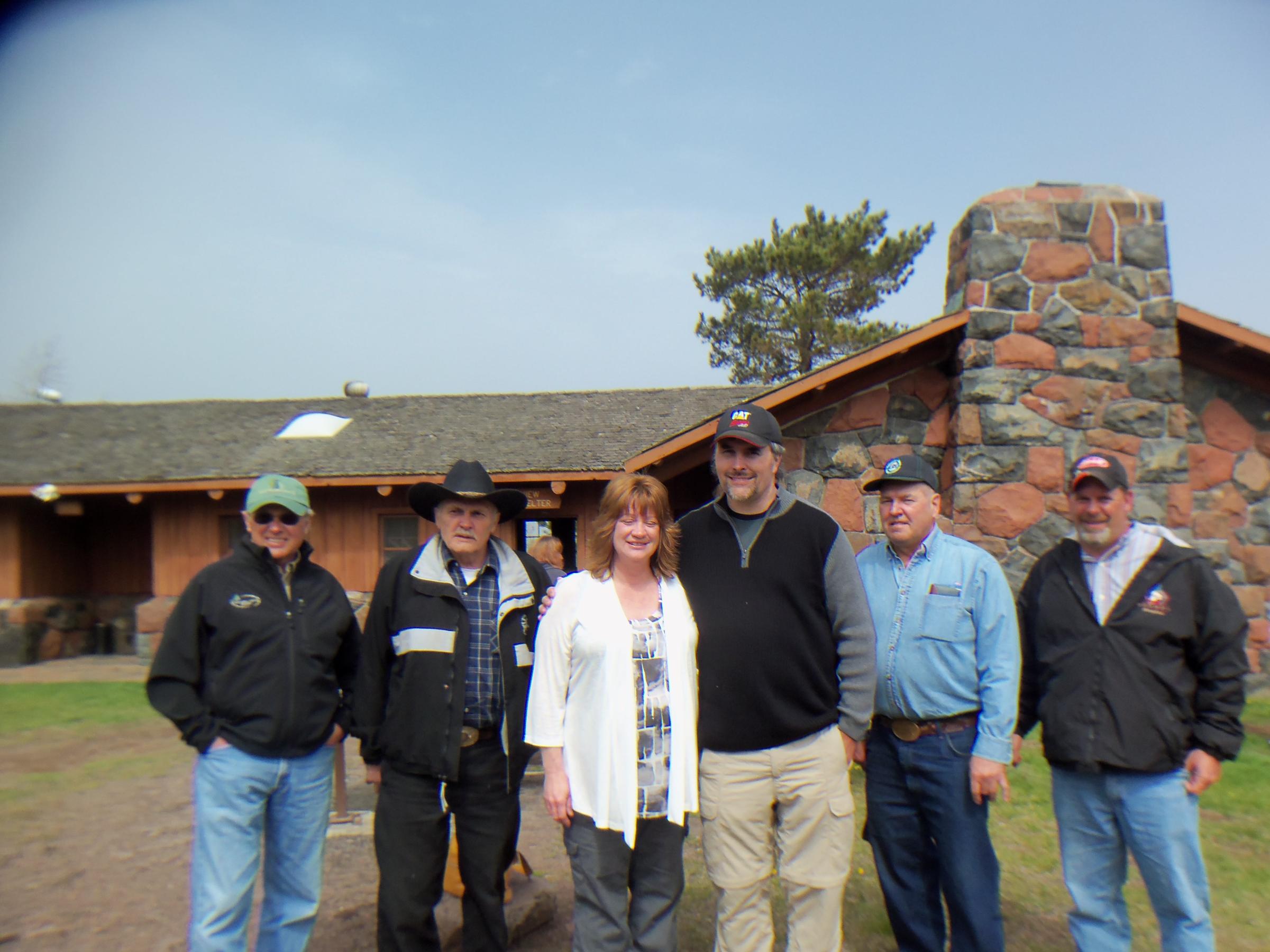 After the party we stopped by at the cabin where Vickies' parents & brother was staying to bid them farewell. While there, it started hailing for a short time & we later heard there were high winds & tornado sightings that did damage in the nearby area and counties. Fortunately that weather didn't hit during our party. We only encountered sporadic rain as we drove north up 61 to spend the night at C.R. Magney state park. Vickie was impressed with the double rainbow we saw as we neared Tofte. Once at the park we set up camp quickly in the light rain. We went for a short walk around the campsite before turning in.