Trip Type: Paddling Canoe
Entry Date: 08/28/2010
Entry & Exit Point: Little Indian Sioux River (north) (EP 14)
Number of Days: 7
Group Size: 2
Trip Introduction:
After doing a BWCA trip with 3 of my good friends in 2009, I decided to make the BW an annual excursion. My good friend Evan felt the same way and we planned our 2010 trip from EP 14. I left from Columbus and met Evan in Indianapolis, partied in Chicago for the night and continued our trek north until we hit the BW.....
Discuss Trip: View Discussion Thread (9 messages)
Day 1 of 7
Saturday, August 28, 2010

After a night on the town in the Windy City where we partied with my friend Jon Obers, Evan and I met a diner for some bagel sandwiches and embarked on our 10 hour drive at 9 a.m. Fueled by cheese curds and beef jerky in Evan's Altima with a broken driver's side door (I hope that is fixed by now) we made record time to Ely. Pulled in about 7:00.

We were very happy to meet Lynn at Voyager North Outfitter's and she was even more helpful and pleasant in person than she was in the many emails I had sent her in the weeks and months proceeding our trip (which is saying a lot). She gave us our big blue bear barrel we rented and after a quick stop at Zup's for our steaks and some dried berries, we were ready to pack it up.

We checked into our cabin at the Lakeland Motel which was very nice, especially for the price. After packing our gear and having a couple brewskies we decided to walk up Sheridan St. for some food and more drinks. It was a nice night to walk and we made our way to the Boathouse Brewery. I was happy to make it but soon realized I forgot my ID and I had to jog the mile back to the motel in flip flops to get my wallet. But hey, its the day before the BW trip. No worries. It just made the beer taste that much better.

Early to bed, early to rise. 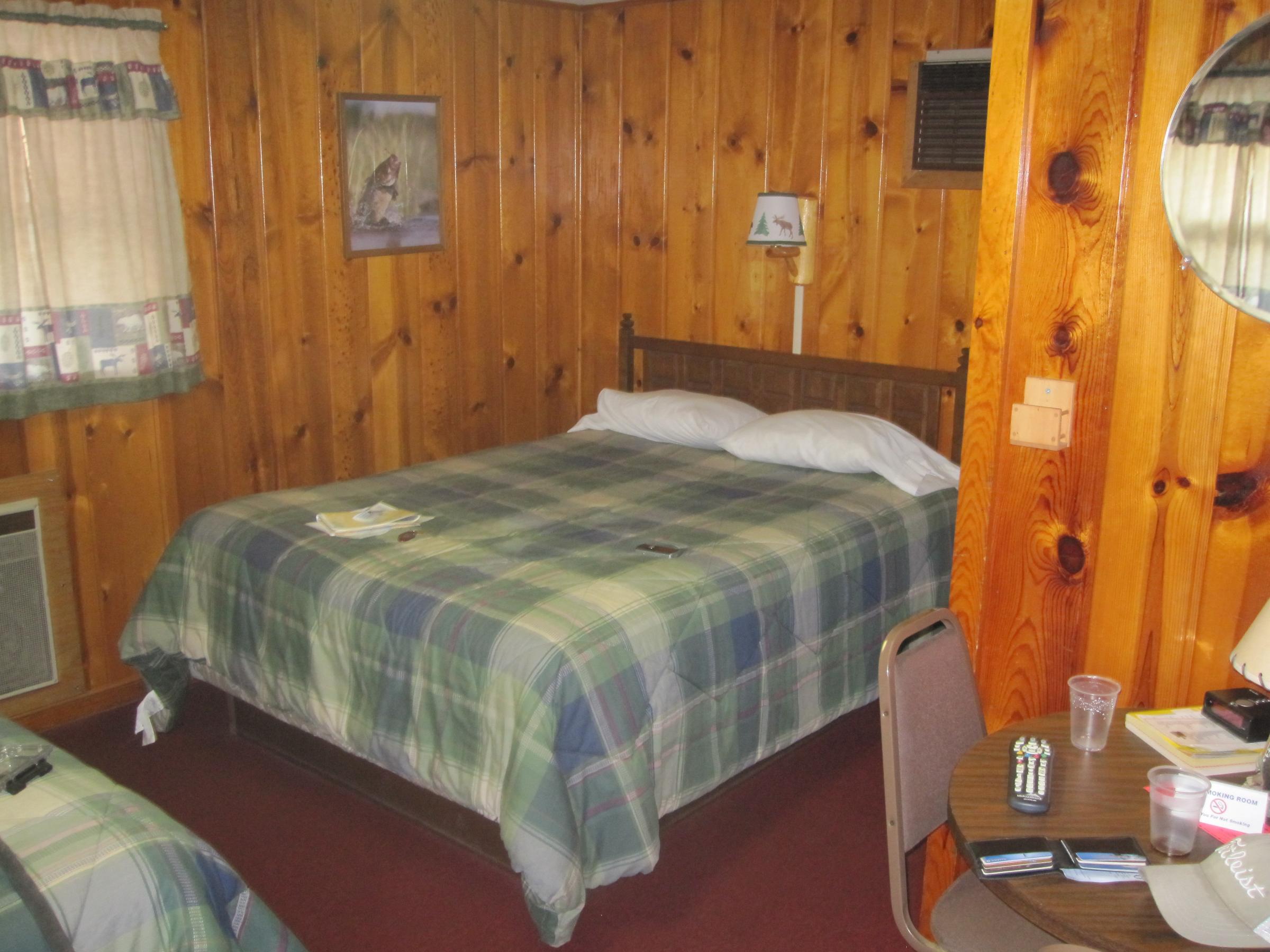 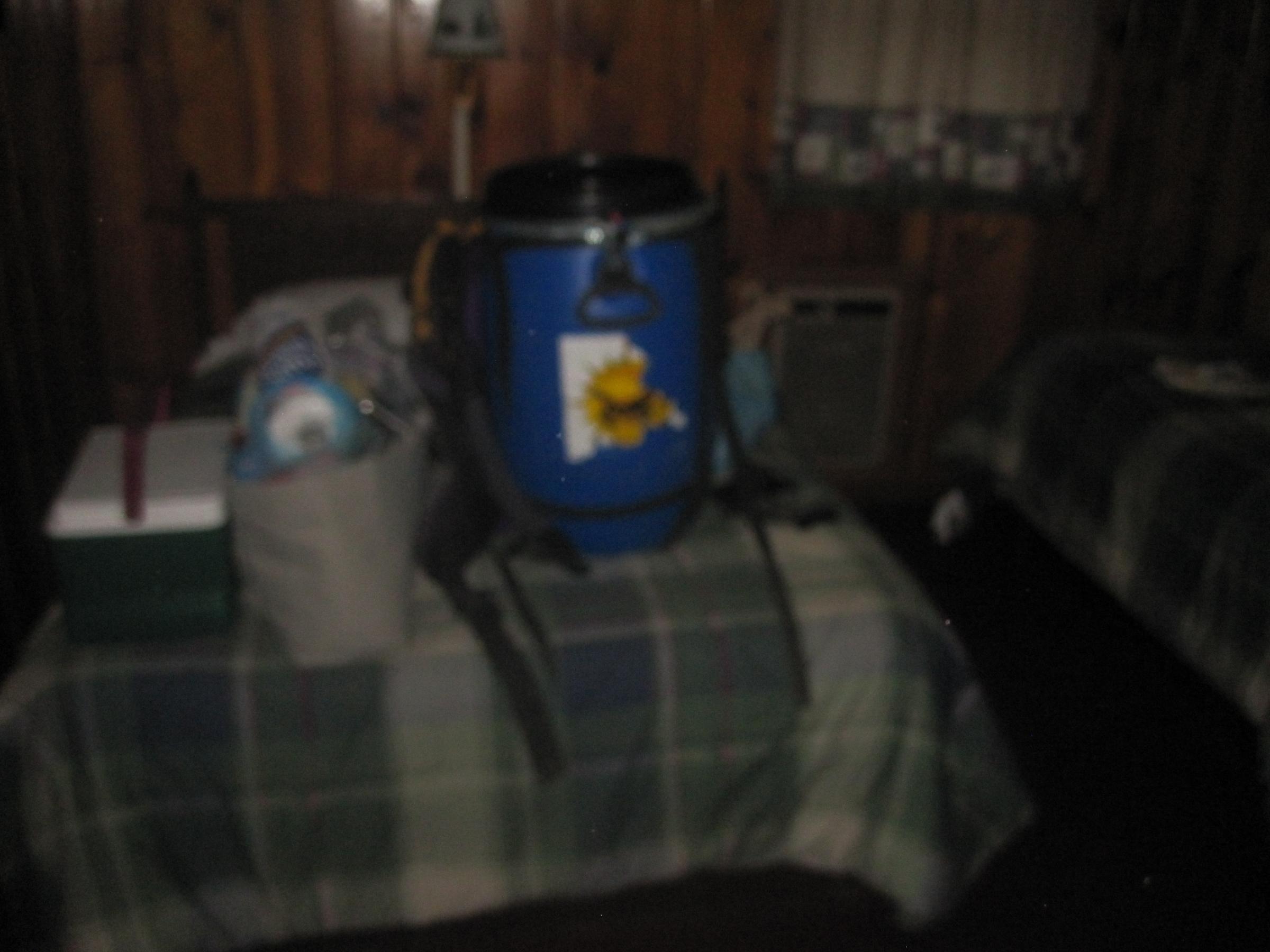