Trip Type: Paddling Canoe
Entry Date: 07/20/2011
Entry Point: Other
Exit Point: Other
Number of Days: 7
Group Size: 2
Trip Introduction:
Discuss Trip: View Discussion Thread (14 messages)
Report
Another title for this report could be "Paradise Lost, Paradise Refound," but "Manitoba Attacks" is pithier and snappier. I went to a lake east of Kenora. To reach it, you have to cross a lake, drag the canoe up some rapids, cross a swamp, and drag the canoe up more rapids. Then you're there and it's worth it, since it has a waterfall at one end and lots of big bass, walleye, and pike. We had fished for three days, scoring fine fish below the waterfall and below the rapids. I was fishing alone in the swamp when two canoes came around the corner. There were four pasty, doughy lads with a cocker spaniel, coolers, and a big box of fireworks.

"Yep," they replied. "You already there?"

"No reason for you to leave," they sweetly said.

And I am greedy. By the time they figured out the rapids, I was already packed and heading out. On the way, we passed another canoe from Manitoba and then two more. Sigh. Another lake ruined by our swarmin', conformin' species.

So, we went to a lake I fished last month and stayed less than a day as a truck from Manitoba came bouncing down the utility road. Sigh. Sigh.

So, we went to a lake I abandoned a couple years back after seeing two canoes on it. It was ours for three days and it was fun, since it's a numbers lake with hundred-plus days of bass. They aren't big, with most being 13 to 16 inches, but they are fat and feisty and we had a Shamu-splashin', tarpon-tail walkin' good time with those water terriers. I caught a few 17-inchers and an 18-incher so fat that I couldn't measure it flat. It teeter-tottered on its belly. We swam some, explored some, and had some great meals.

I've caught thousands of bass at this lake and never a walleye, but I caught my first and it was a fine fish and it's got me worried that someone might be trying to ruin a fine bass lake by stocking walleye. The horror, the horror.

I expect, like Huck Finn, I'll have to head west to find some solitude. I reckon that Manitoba is empty now, so it's all good. 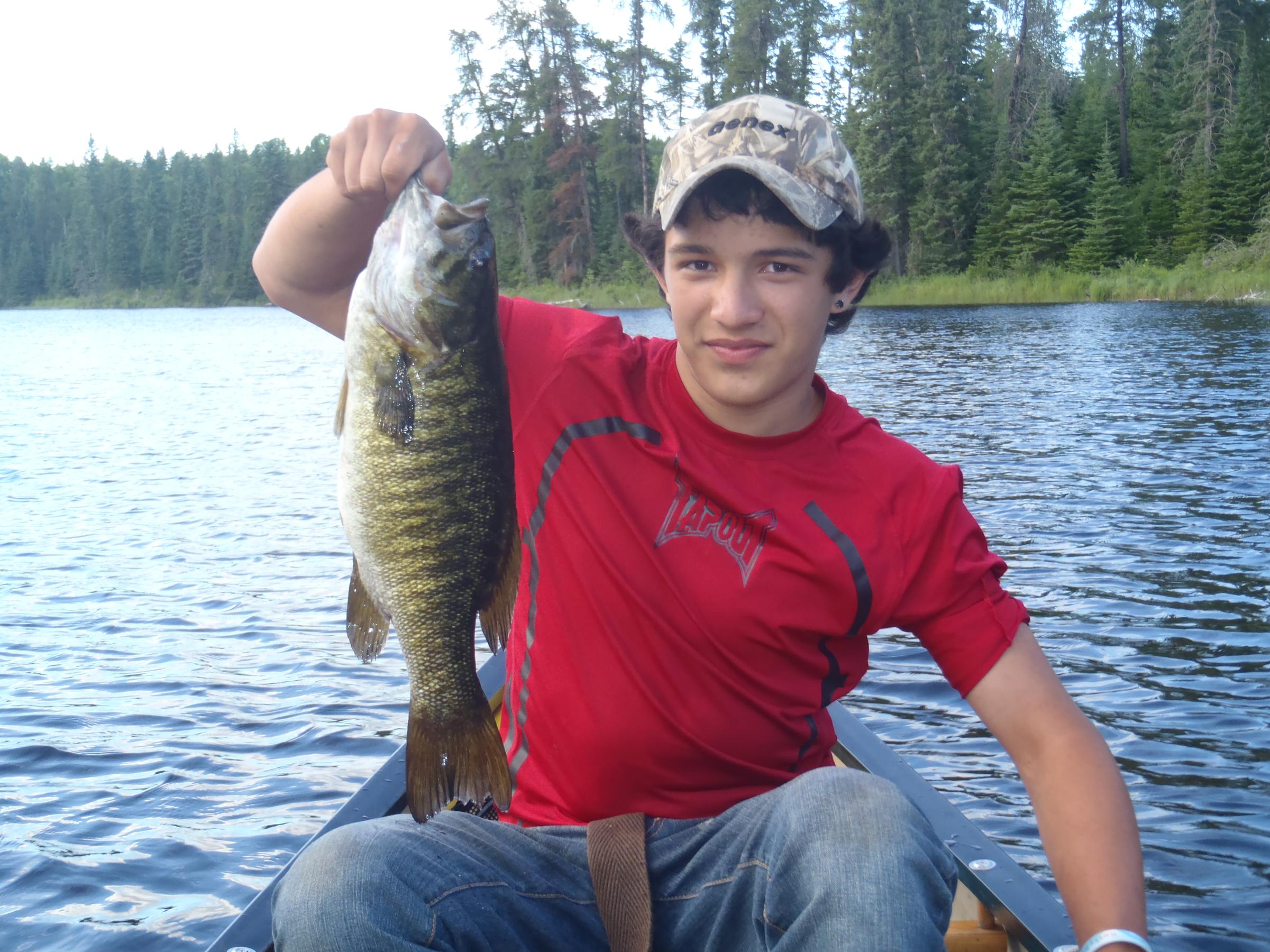