It’s HOT! Temps were pushing 90f with unbearable humidity already in the morning and I kept the air conditioning off so that I would better acclimate to the heat while camping. Took I-35 north and made my now traditional stop at Midway Rd just outside of Duluth to fill up water bottles with the best water in the state (so I am told). Back on the freeway and on to downtown Duluth where I took some time trying to find a radio shack or camera store. Found neither one that were open. Did see a guy passed out on the sidewalk in downtown Duluth (actually, not very rare for Duluth). With the intensity of the heat being a concern for anyone outside that day, paramedics were already arriving on the scene as you would not last long laying on the sidewalk in that hot stuff.

That was a bit interesting, even for Duluth.

So not finding what camera gear I needed, I settled on a plan to go without and hopped on the 61 expressway to Two Harbors. I came to a stop at the first stoplight. It was still unbearably hot and humid and the lack of breeze due to being stopped at the light made me wonder if it was going to be this hot all the way up the North Shore. When I hit the north side of Two Harbors it was like I drove through a wall of cold air. Temps dropped on the car’s thermometer to 72 degrees and it became very foggy on the roadway and over the lake. In fact, you could not really see the lake in most places now. Still humid, just colder. This is more like it I thought. I could even roll up the windows and not get hot inside the car for the rest of the drive. 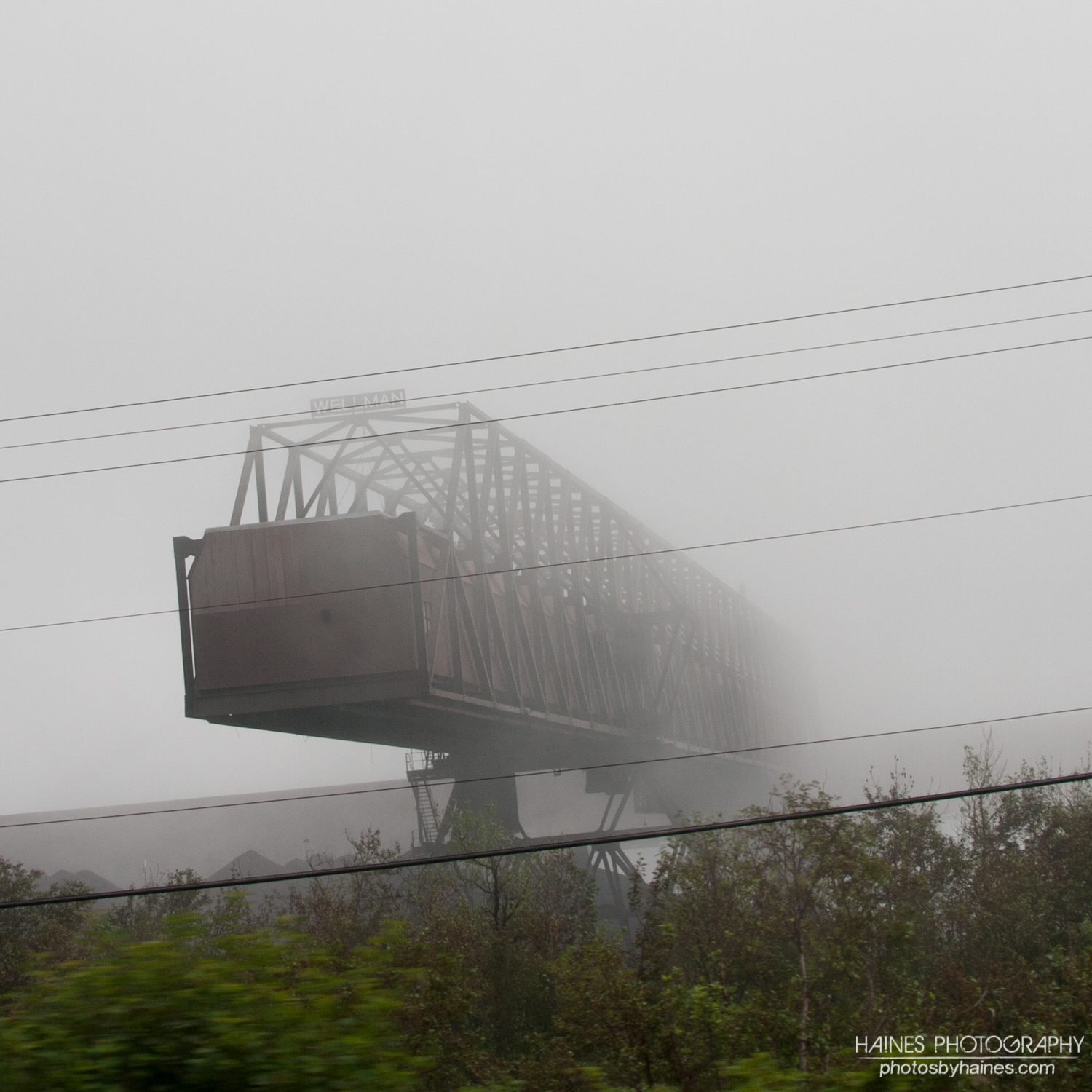 It was strange to see all the cars parked along 61 near all the state parks. Silly government shutdown. Drove through Lutsen which means it’s time to tune into 90.7 North Shore Public Radio for the scoop on weather and conditions on the Gunflint Trail. I know I am getting close now. 20 minutes later, I’m pulling into Grand Marais to get any last minute items that I will need for the next 3 days in the North Woods.

First stop in Grand Marais is the Beaver House (which is a fishing store). I’ve been reading about their famous Beaver Flicks so I picked up a few of those along with some Canadian night-crawlers. I’m assured that the crawlers will be fine without refrigeration, given a couple Beaver Flicks for free, and I’m on my way to walk around downtown Grand Marais and shoot some photos of the foggiest conditions I have ever seen on the North Shore. I grabbed a slice of pizza at the Sven and Ole’s stand on the sidewalk outside their store and wandered down to the Gun Flint Tavern for a great meal, a cold hoppy beverage, and to take one last look at my maps and packing list before I head up the Gunflint Trail. 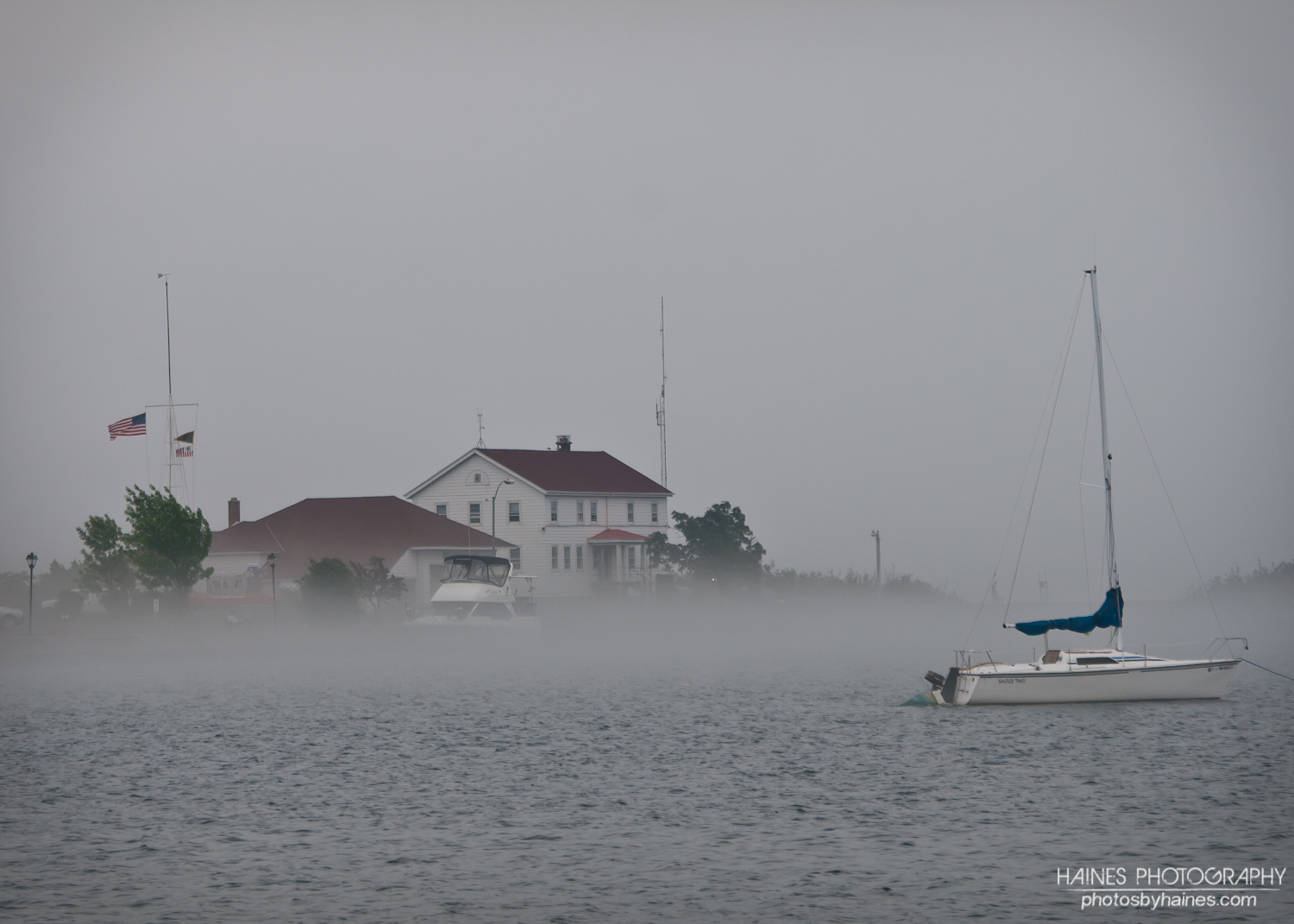 I’d like to note that I still have no idea where I am sleeping tonight. I don’t want to spend money for a hotel and the bunkhouse at Rockwood Lodge was completely booked with larger groups that were heading in the following morning like me. I also didn’t want to unpack my gear to make camp at a campground because repacking and organizing in the morning would give me a later start. 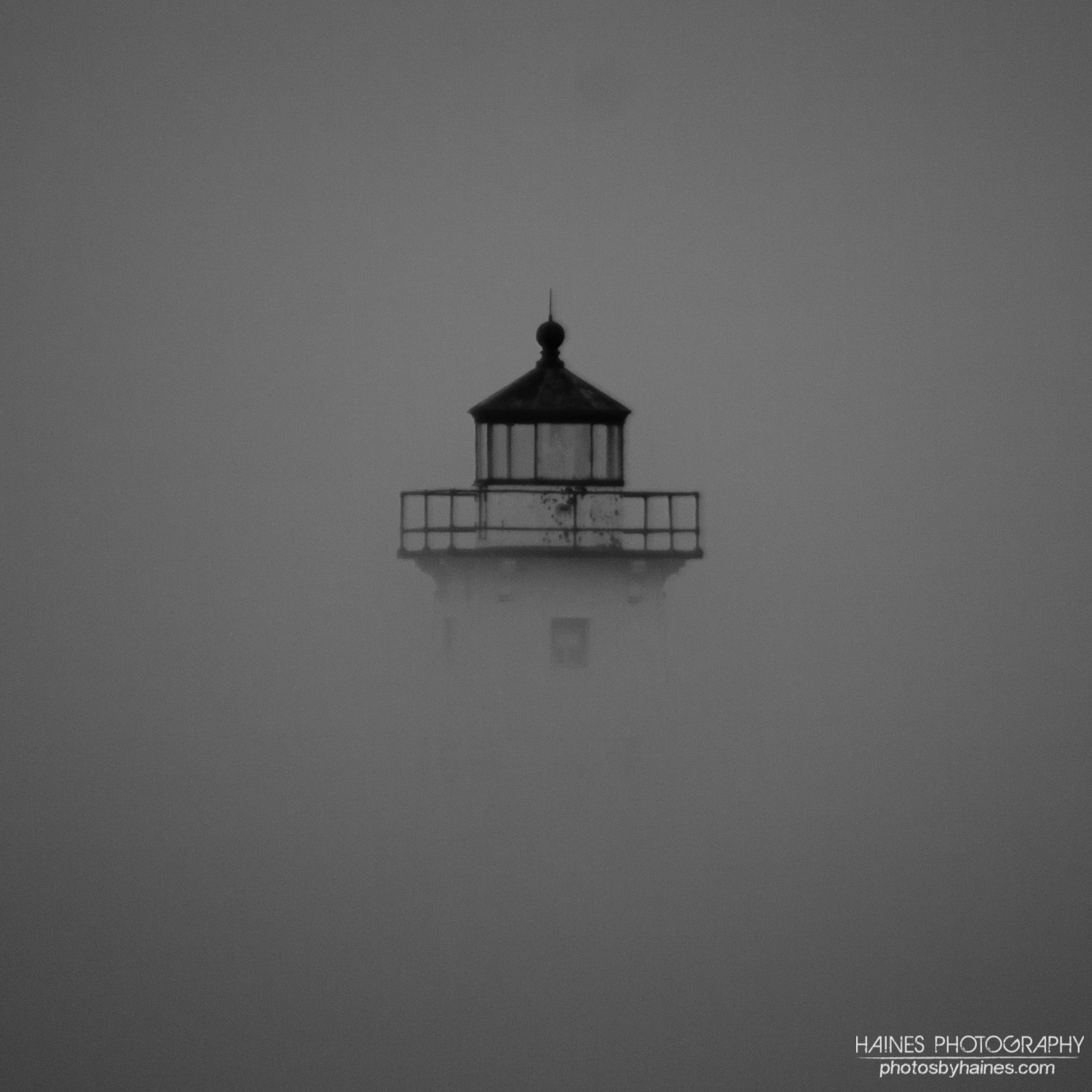 Another note, this one about dinner. If you have not been there, the Gun Flint Tavern is great! I’m always blown-away by at least one new thing there each time I go and this time it was the gyro. Everything was completely fresh and full of flavor, as aways. Whatever you get, try the blue corn chips with the sauce they put on them. Wow! They also have some great beers on tap. I went with a Bell’s Two Hearted because they happened to be out of Surly Furious on this particular day. 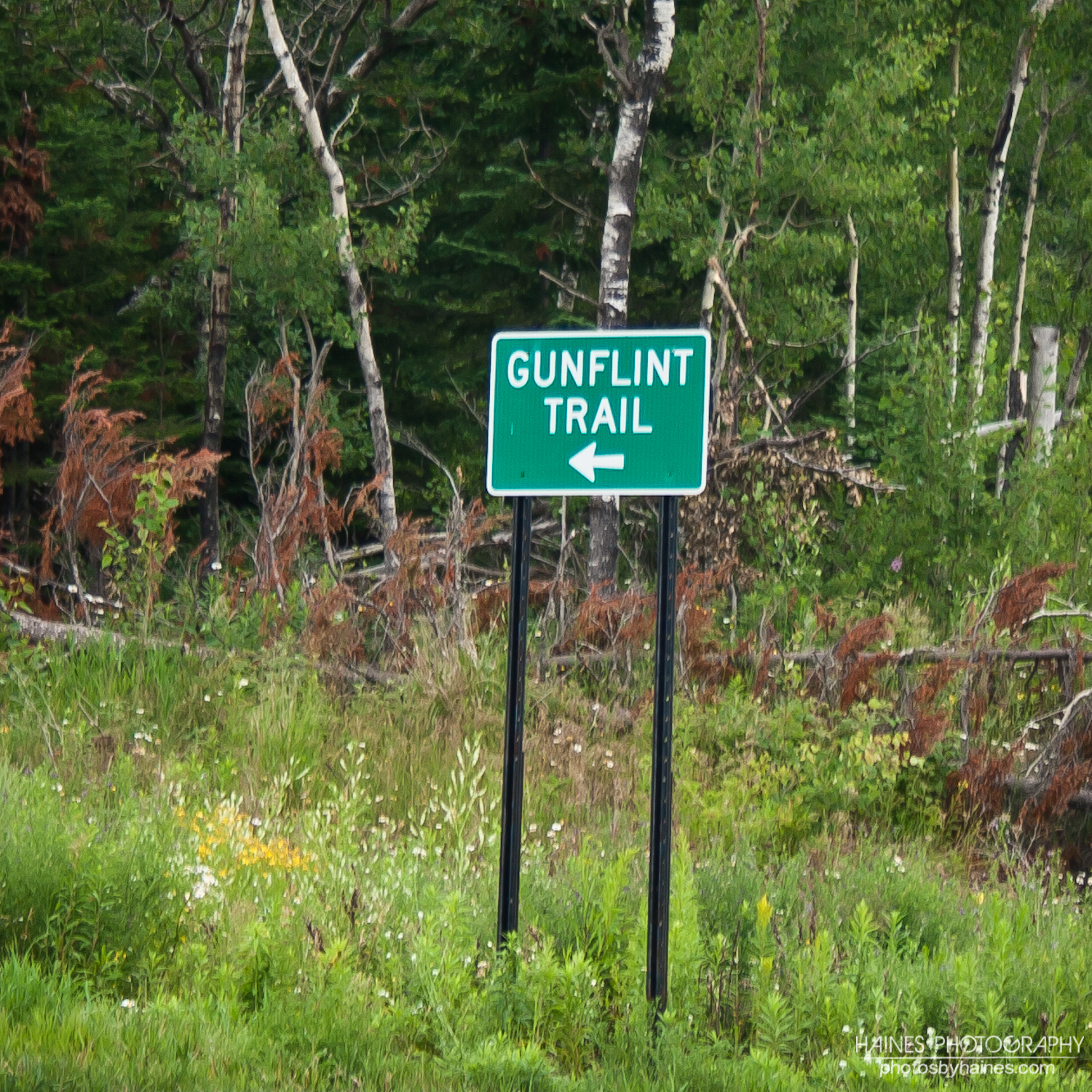 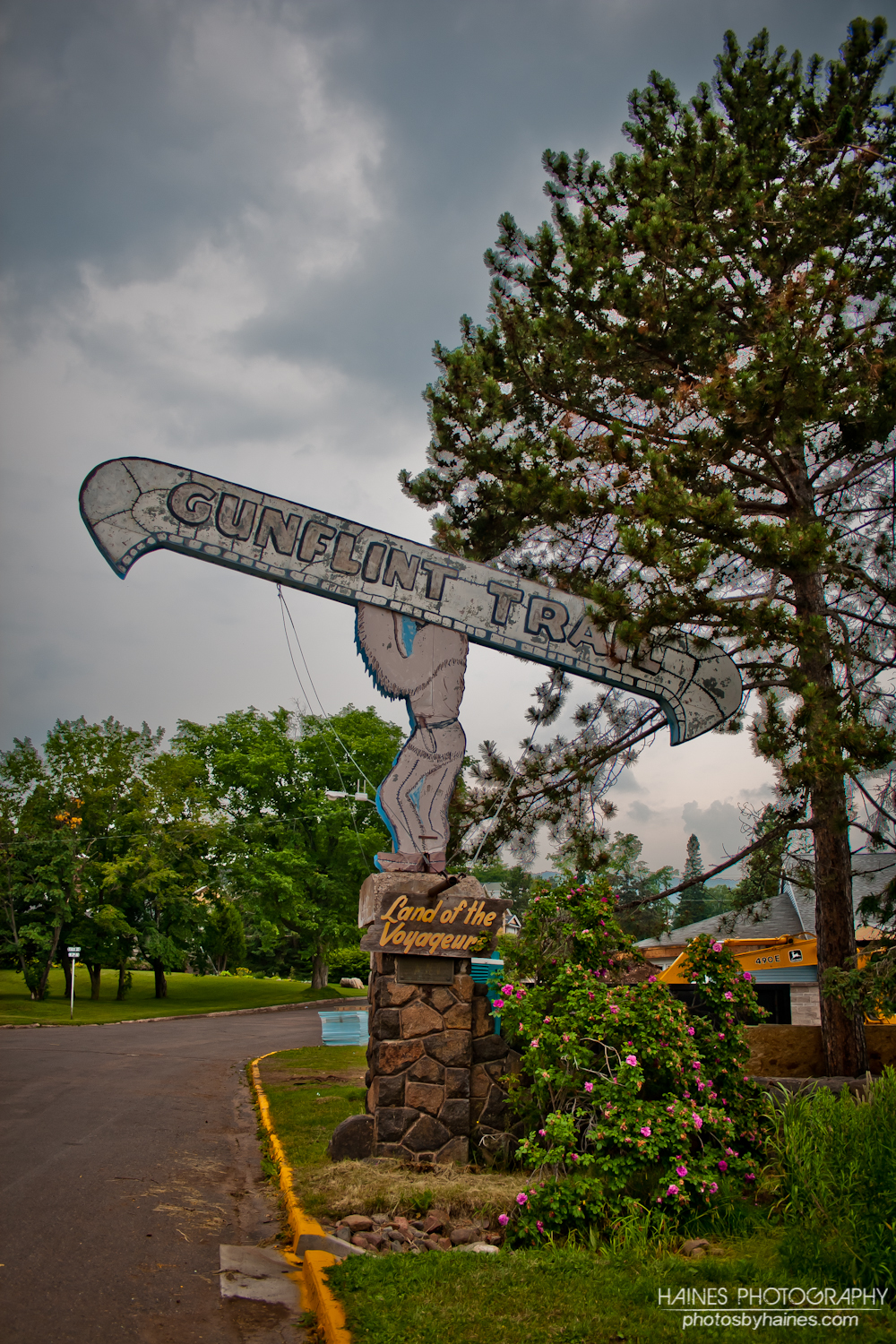 With a full belly, I decide it is time to head up the Gunflint Trail and relax close to the Rockwood Lodge so that I can be ready to go first thing in the morning. Rockwood Lodge is about 30 miles up the Gunflint Trail and I get there with plenty of time before sunset. The owners, Mike and Lin, have a sign on the door indicating that they are off having dinner. Do I wait or go explore? Well, I have never been to the end of the Gunflint Trail so here I go! 25 miles northwest to the end of the trail and saw some cool things along the way. Some forest affected by a recent fire and the Laurentian Divide were two highlights along the way. No moose though. Back at Rockwood, I decide to go for walk around the resort I have also decided since I want to get up as early as my body will let me, I will be sleeping in the back of the VW Beetle at the resort so that i can maximize my padding time the next day.

I woke up at 4am to some pretty heavy storms that left the resort and surrounding areas really soaked. I couldn’t get any sleep after the storm so I was up and out of the car at 6:00am and the the resort was already bustling with activity. 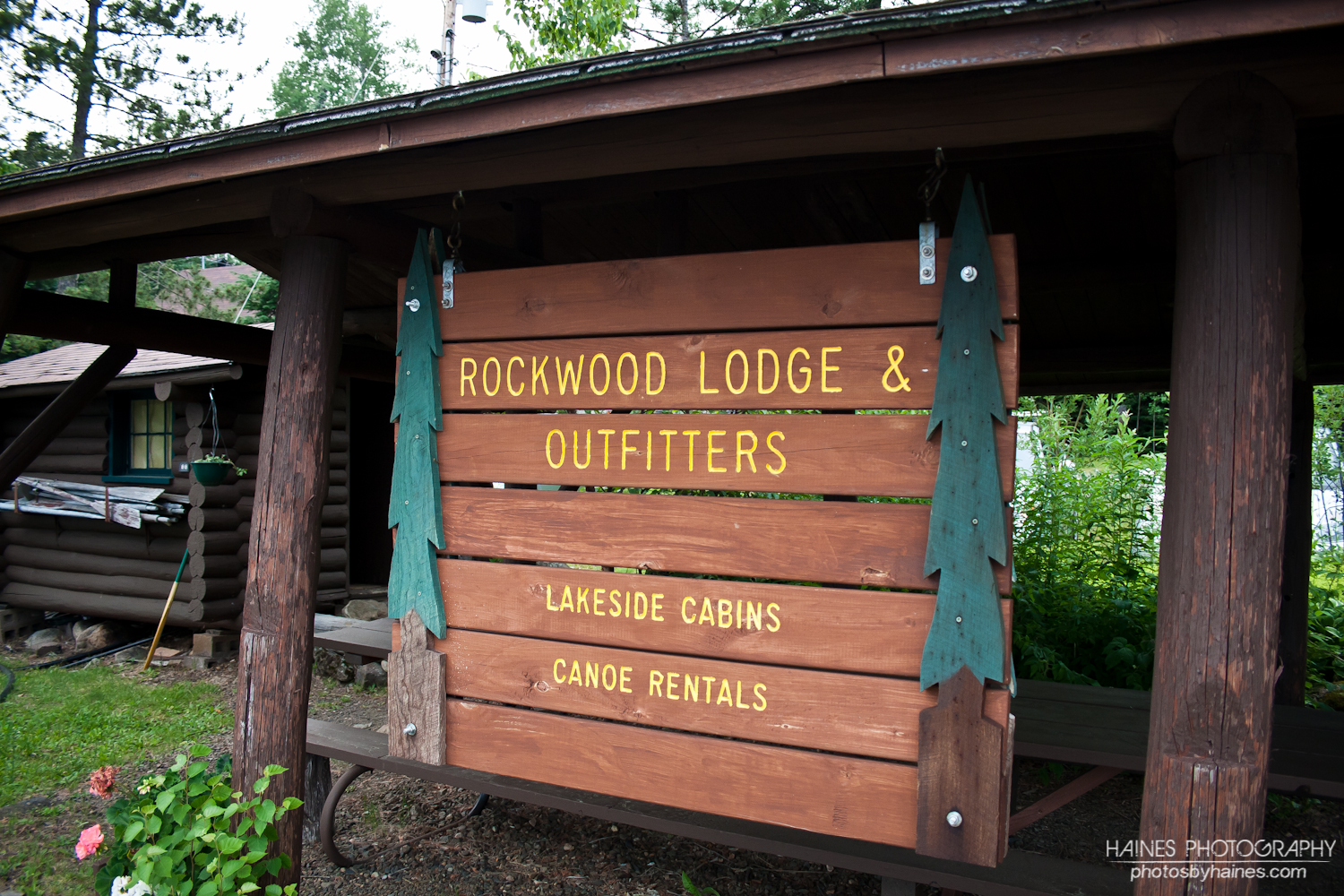 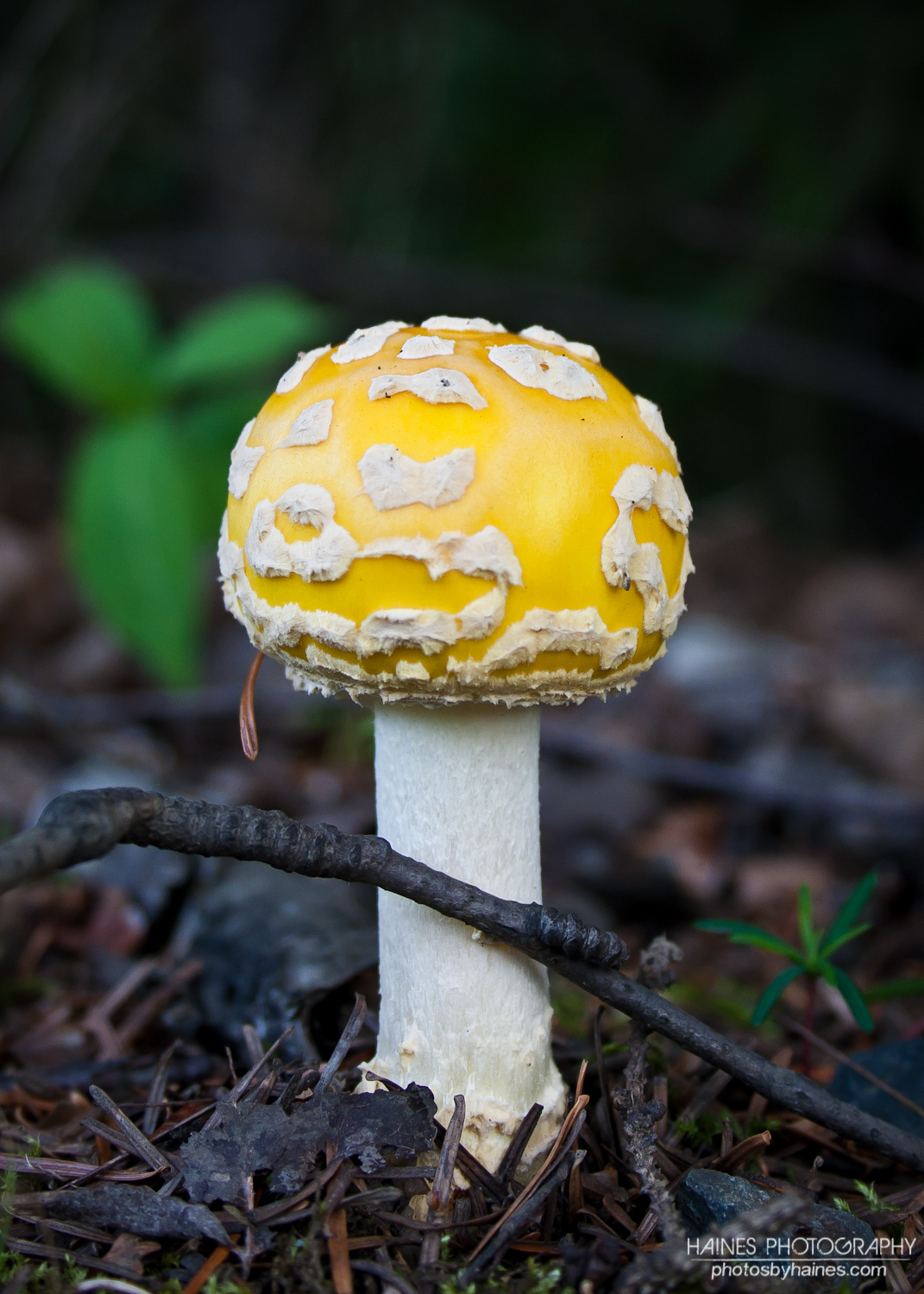 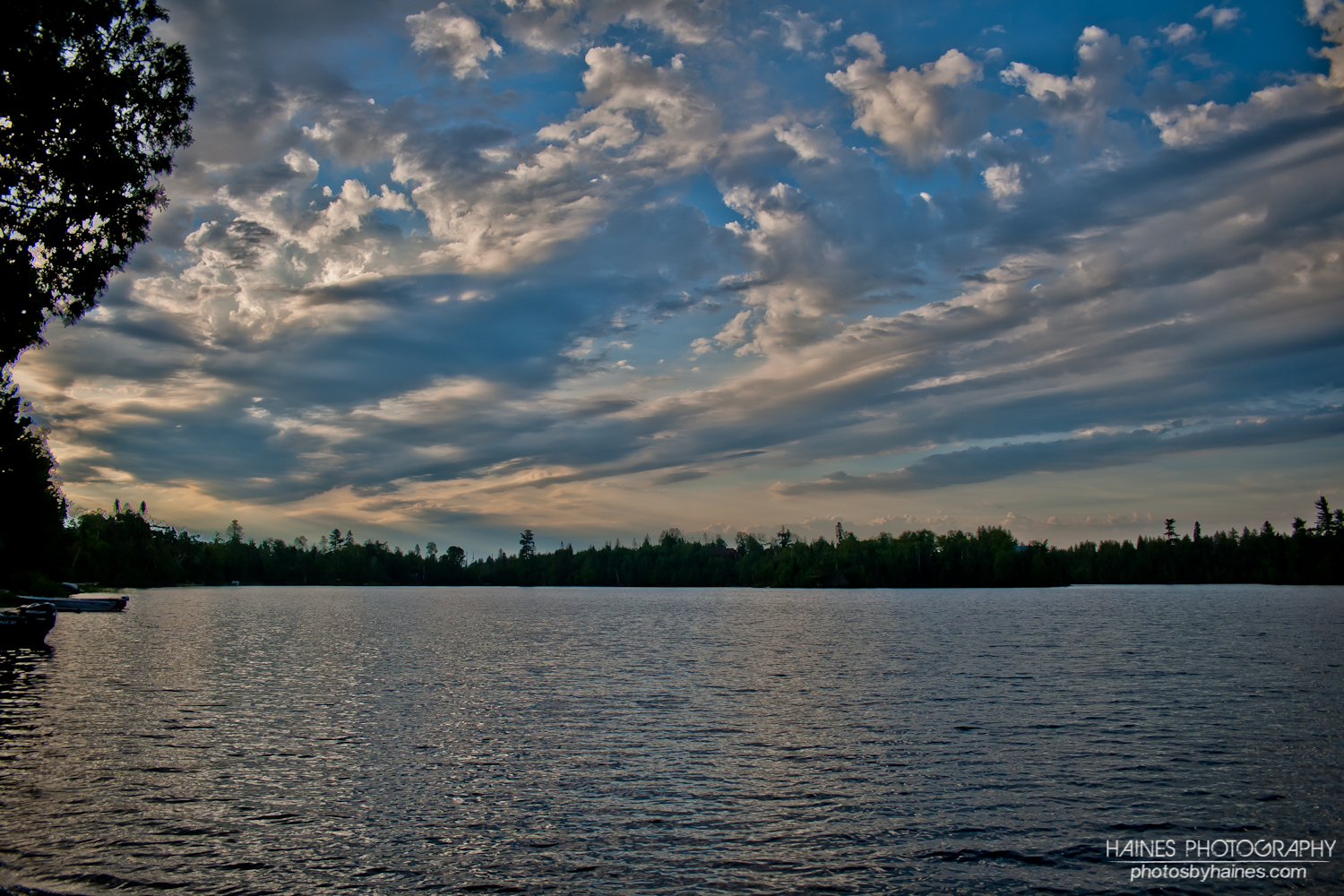