We started the day right with an early breakfast at Williams & Hall Outfitters. As we had brought our own (very heavy and very borrowed) aluminum canoes, we loaded them onto the outfitter's boats and took the tow to Prairie Portage. We checked in with Jan, the on-duty park ranger, who wasn't too happy that four of us had waited to purchase our fishing licenses at the ranger station, and who seemed annoyed that we were there at all. Not even the charm of several young, fit, and single males could crack her. Once business was squared away, we set off with loaded canoes and loaded expectations for our 5-day route through the S-chain, into Agnes, and back down into Basswood. 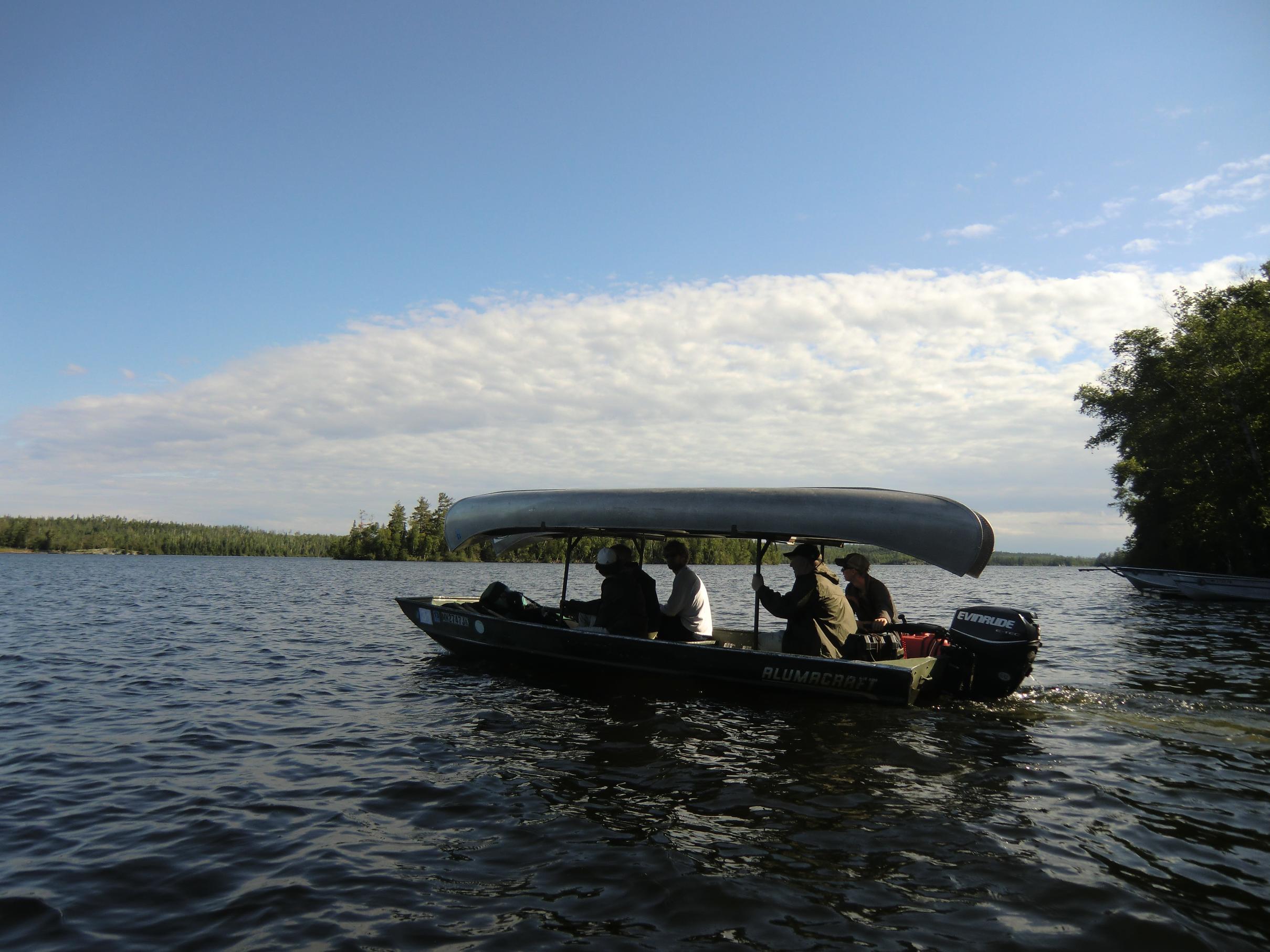 We were immediately tested by a moving west wind in Bailey Bay, so we stopped on Green Island and ate lunch while we waited for it to die down. It didn't. Austin had packed a kite which was 'apropos' for the moment. 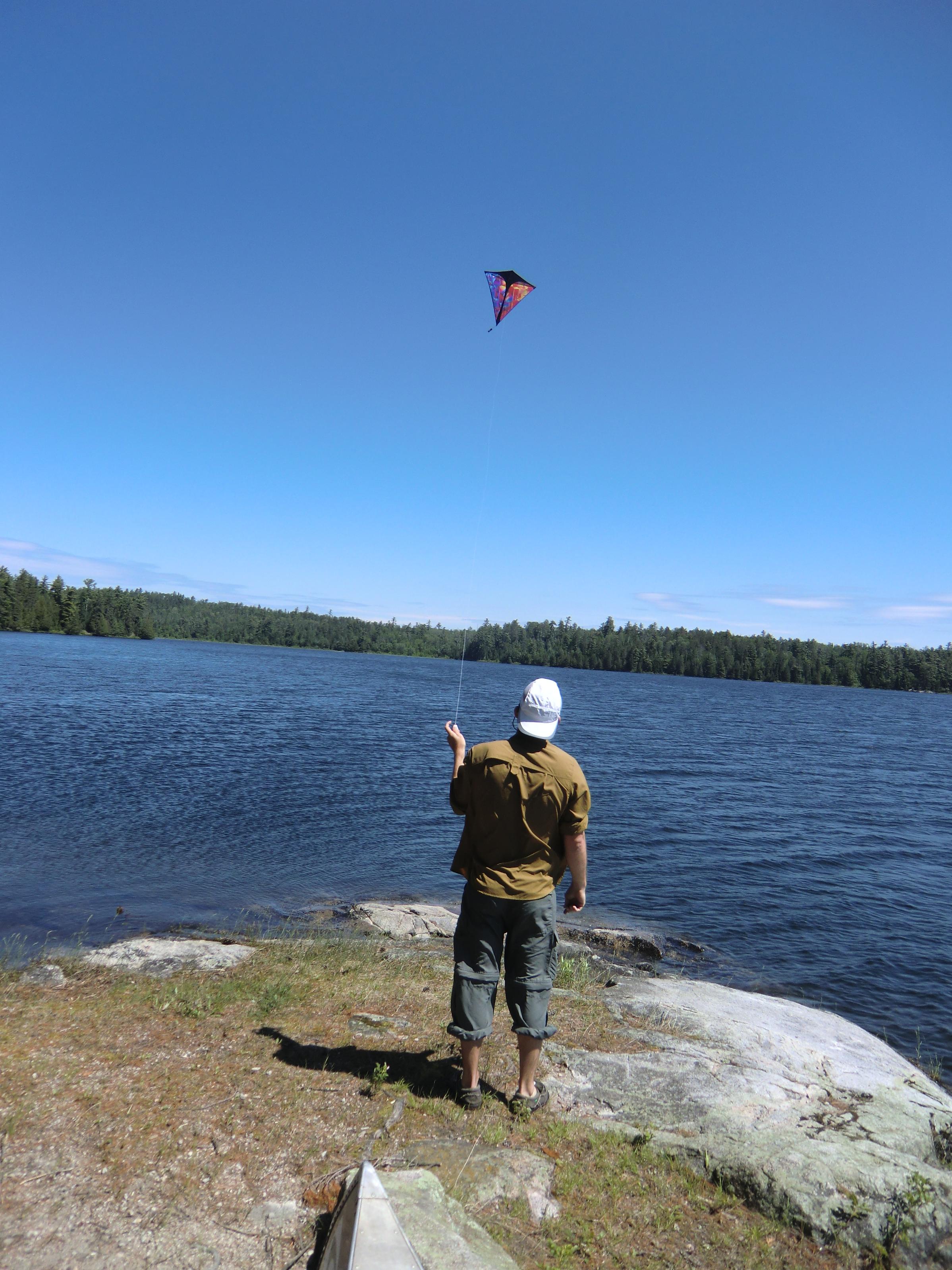 As it was the beginning of the trip, we were restless to keep moving. Since most of us had very little paddling experience, we had a sphincter-tightening paddle through the waves to the Yellow Brick Road portage into Burke. Burke was a much easier paddle, and the creek to the north was full enough that the portage there was a cakewalk. 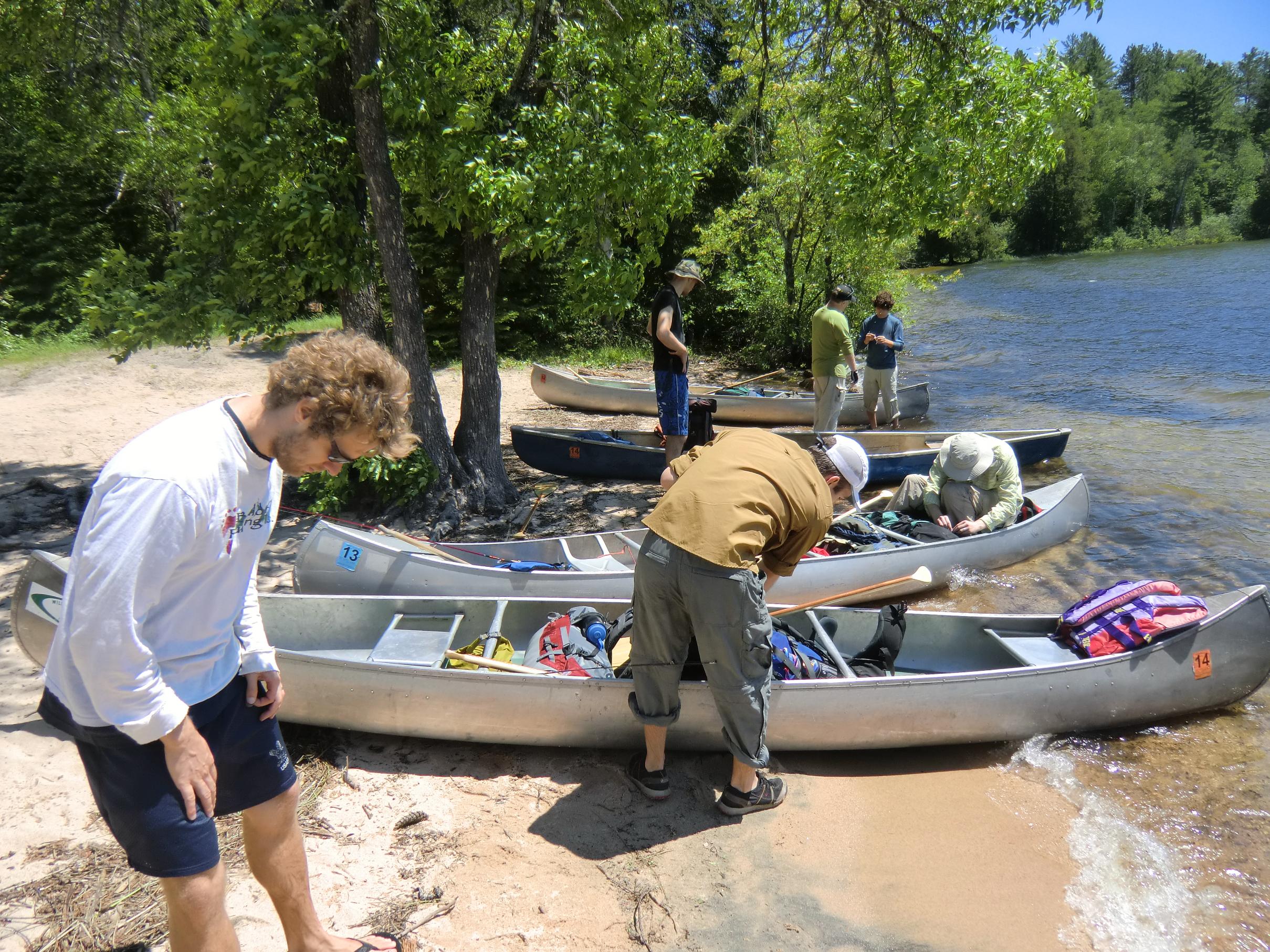 Back in North Bay, the wind was once again in full force and whitecaps were breaking as far as the eye could see, although the sun was in full force. Our 4 canoes drifted apart in the wind, and as my best friend and co-paddler Michael was futilely attempting to fashion a sail to ride the north-blowing wind to the top of the bay, I spotted my brother's blue canoe hull-up in the choppy waters and two bobbing heads next to it, about 100 yards away.

We paddled over to assist. After uprighting the canoe and recovering the gear and guys, we paddled quickly to the east bank to regroup. One of our guys was understandably freaked out and shivering violently (temps were probably in the upper 50s but the wind was fierce), so we got him into some dry clothes and assessed the gear situation. We'd lost some tackle, a hat, and a nice new fishing rod, but nothing more. We counted our blessings and decided to head for a campsite on the southern tip of Sunday Island. Camp was set up, a fire was ignited, and spirits were restored. Bird caught a very nice largemouth right off the island. 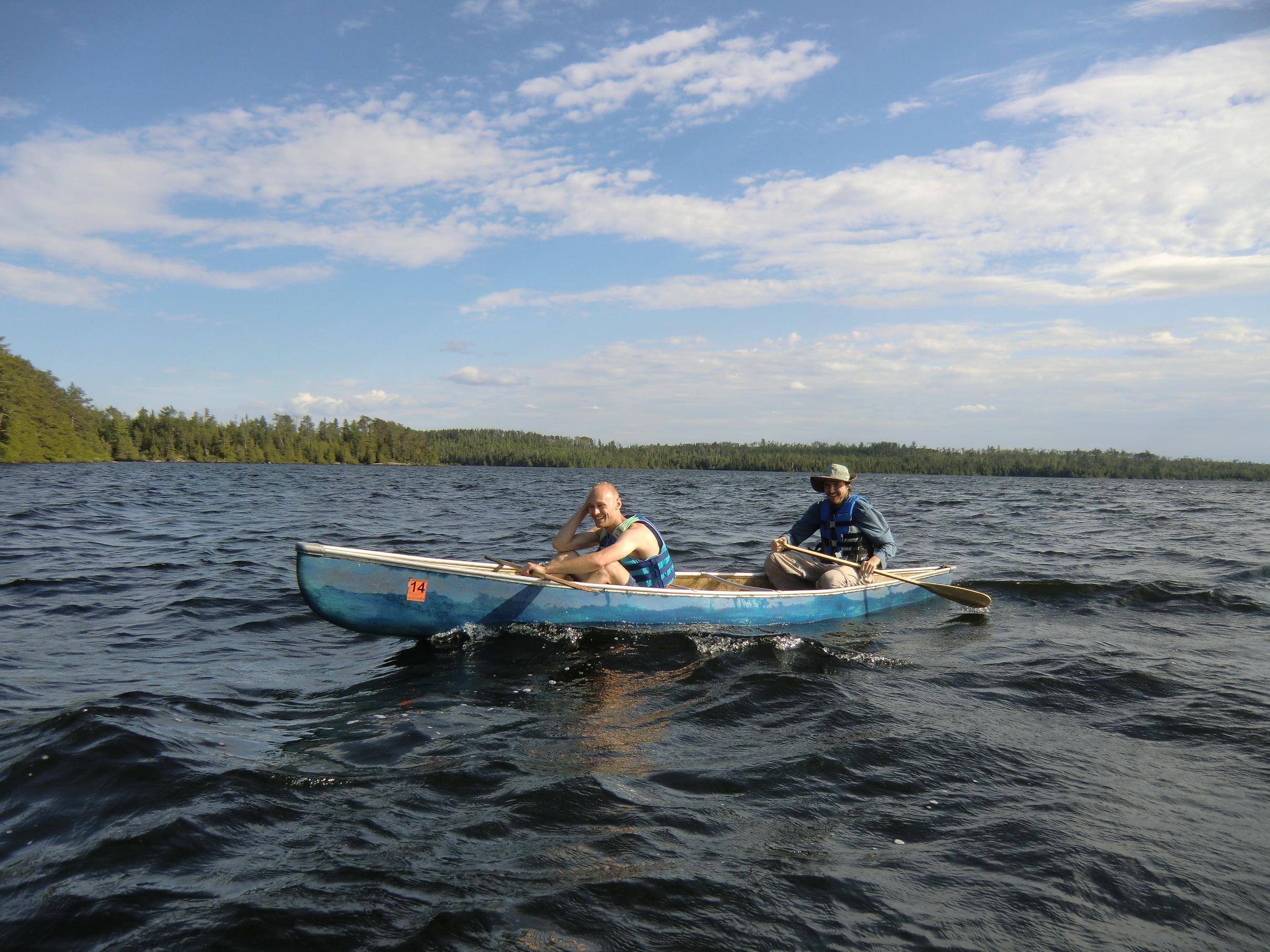 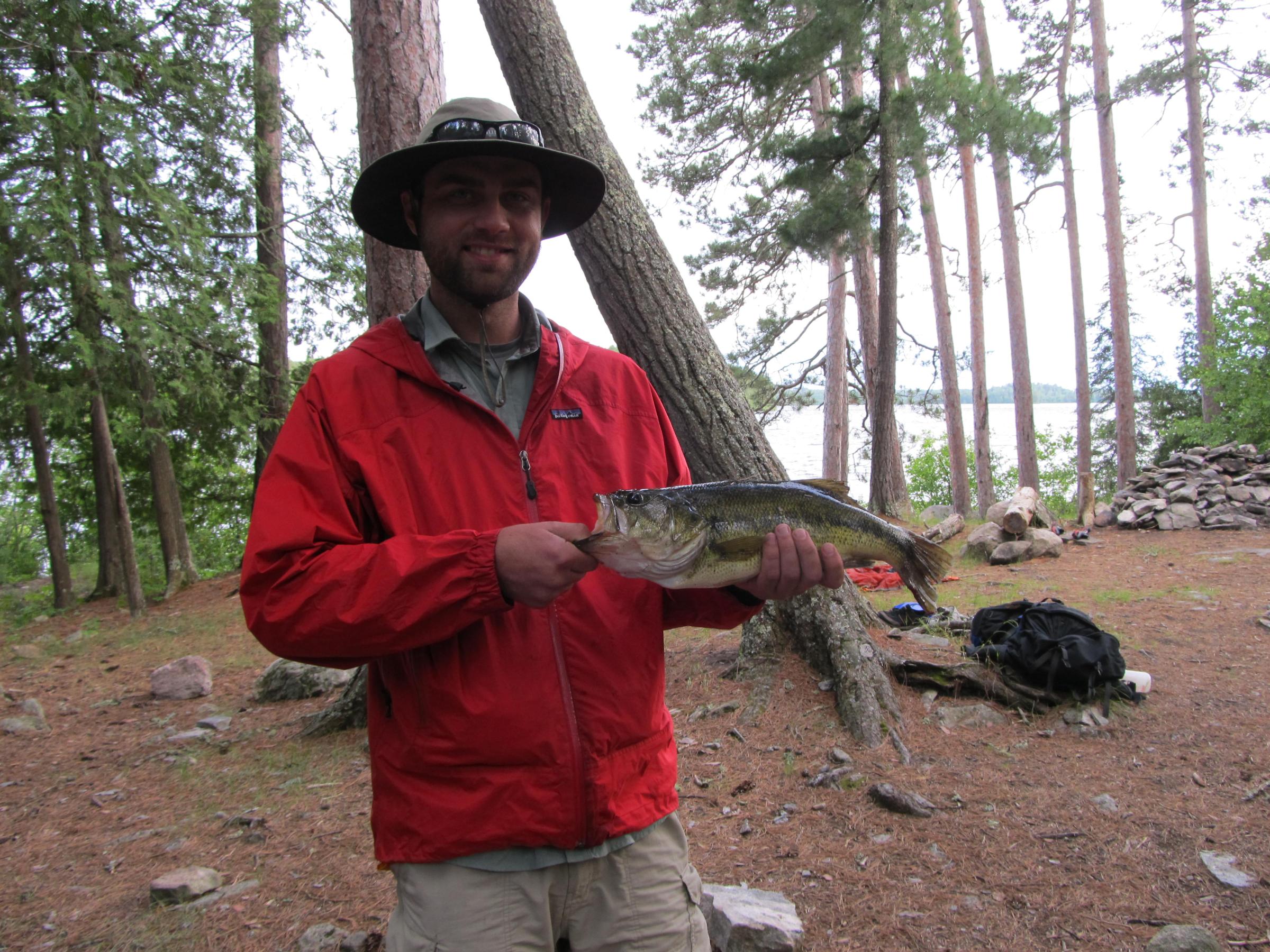