Trip Type: Paddling Canoe
Entry Date: 09/18/2012
Entry Point: Little Vermilion Lake (Crane Lake) (EP 12)
Exit Point: Moose/Portage River (north) (EP 16)
Number of Days: 8
Group Size: 3
Trip Introduction:
Even though this would be our 14 month old daughter Auroras fifth trip, there would still be several significant precedents set on this journey. In a nutshell, this would be our longest, most aggressive trip with her to date. Also notable. Her mini pea pod tent would be left at home. Although, the pack vacancy this created was immediately filled with the extra diapers & wipes etc. that would be needed. The added distances & time away obviously meant that help would be further away & take longer to arrive if something were to go wrong. So Vickie researched various forms of wilderness communication, finally settling on a SPOT. Which, besides emergency notification, can send pre- determined messages and allows your progress to be tracked by anyone you choose. Of course we hoped we didn't need to use it but, it was a comforting measure of extra security. Our route would lead us through the "Nor'west" quadrant of the BWCAW. Paddling through the smaller lakes just under the horn of Lac La Croix. Eventually working our way out through the Moose river entry point #16.
Discuss Trip: View Discussion Thread (32 messages)
Day 1 of 8
Tuesday, September 18, 2012

We were able to make it to Crane lake by about 3:00. Of all the areas that serve the BWCAW, I think Crane Lake does the best job of paying homage to the Voyageurs of old. 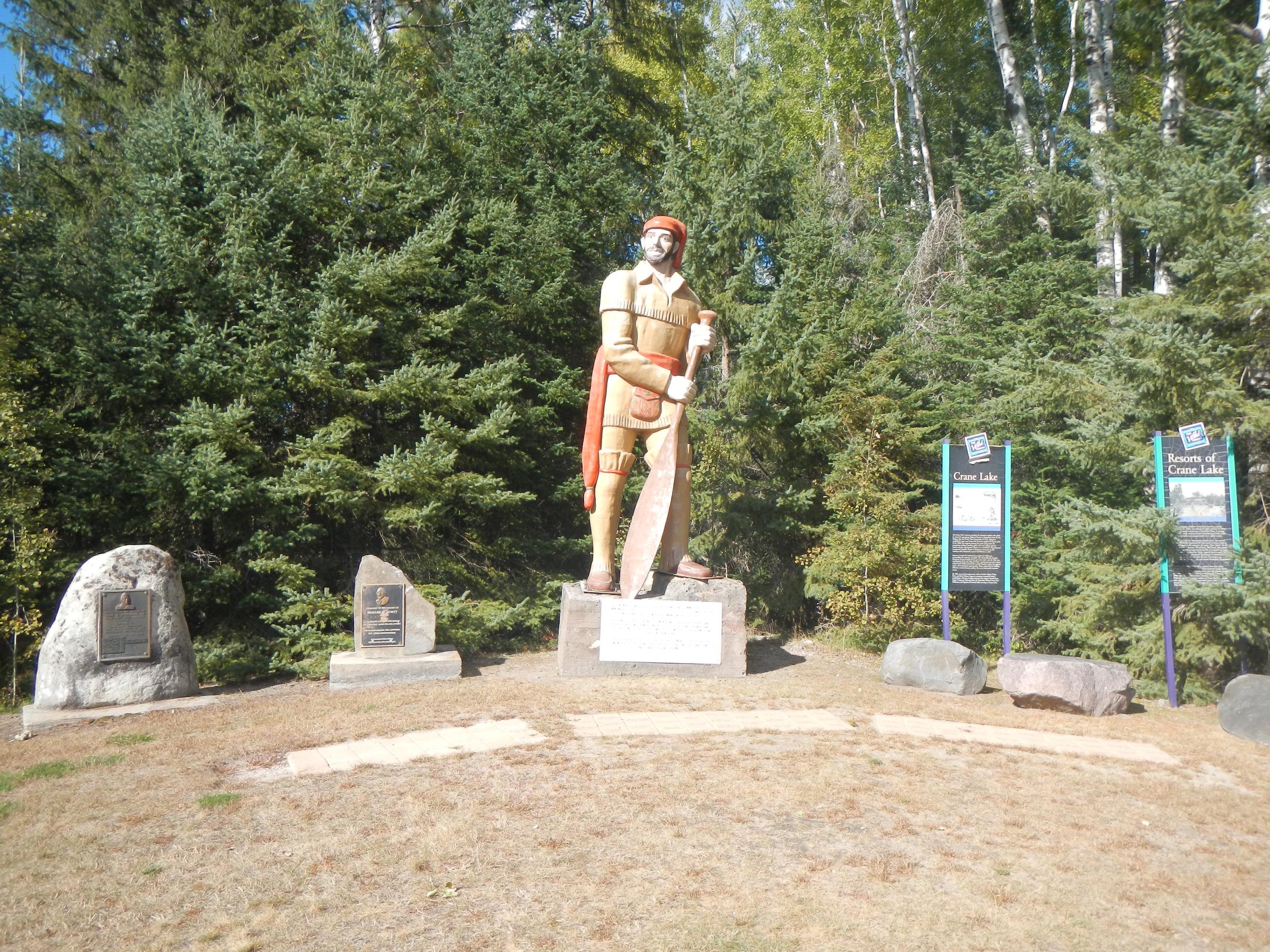 Checked in at Anderson Outfitters, & took care of everything so we'd be ready to go in the morning without having to scramble with last minute details. Even though it was a totally separate enterprise, they also handled our bunkhouse accomodations just across highway 24 at the Pine Ridge motel. 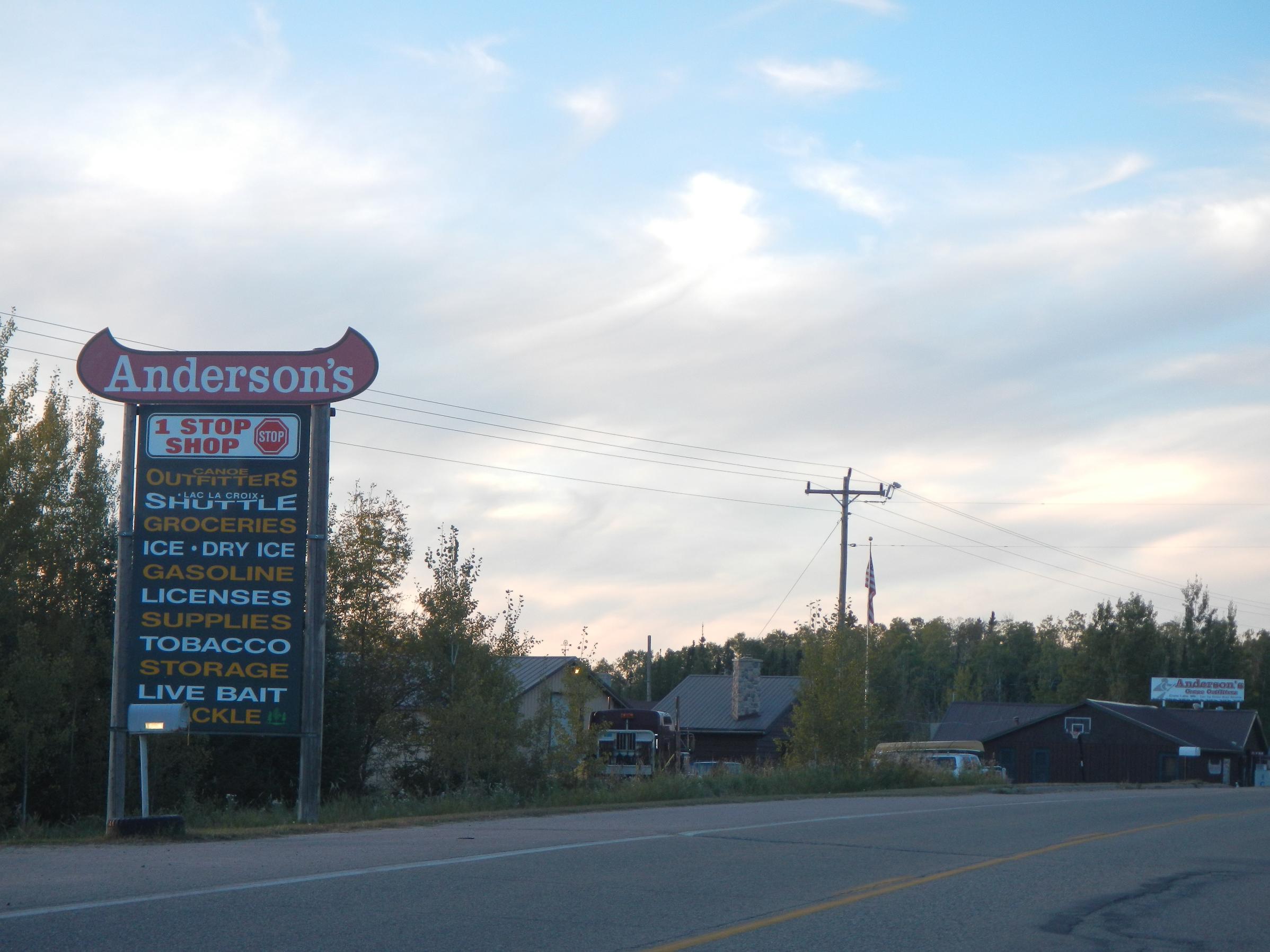 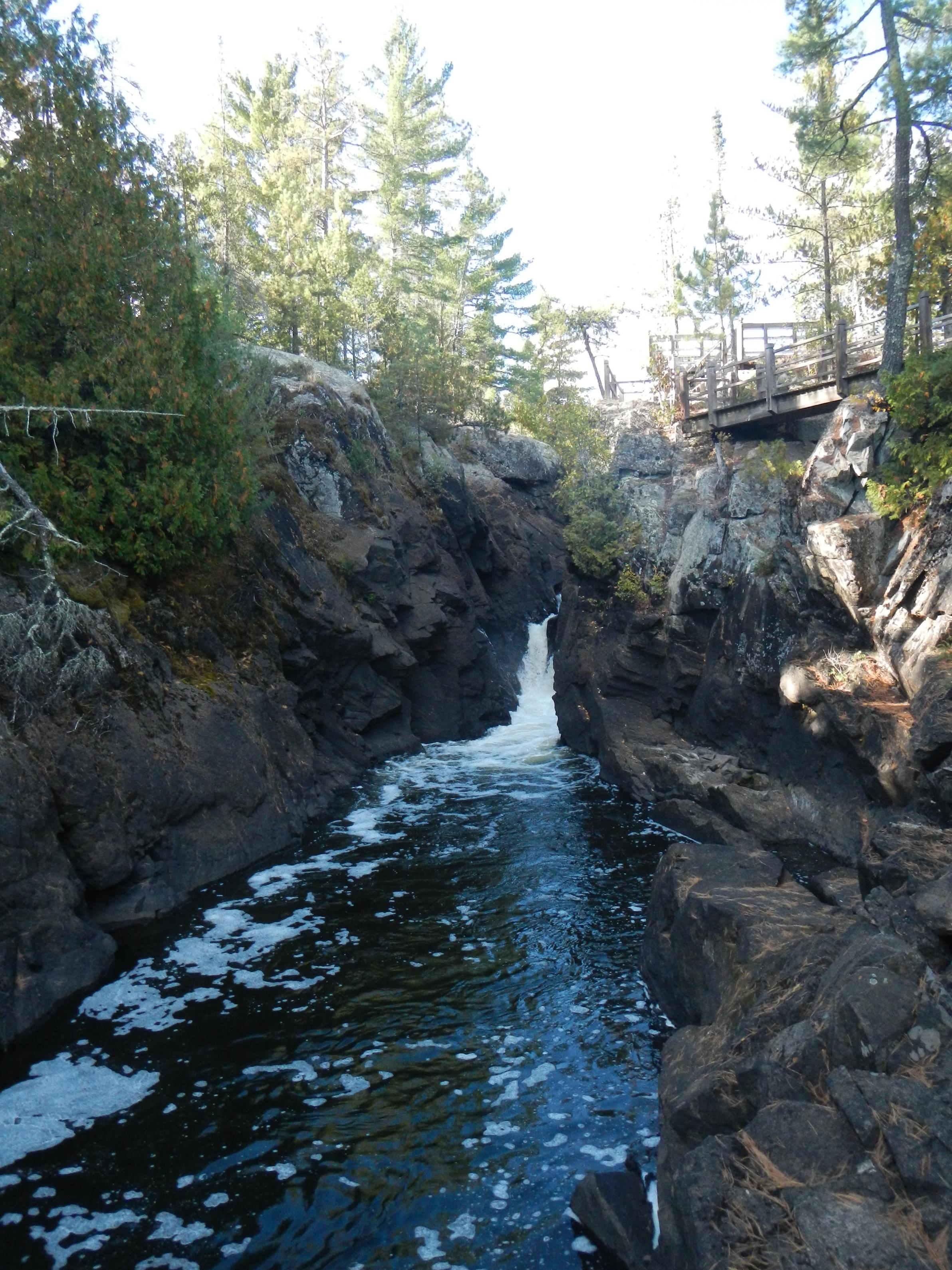 Since it was still fairly early we decided to explore the surrounding area.First, we motored to the Vermilion falls recreation area. Stairways & platforms have been constructed here for ease of viewing the rapids & falls. A very nice, easy spot to get to. 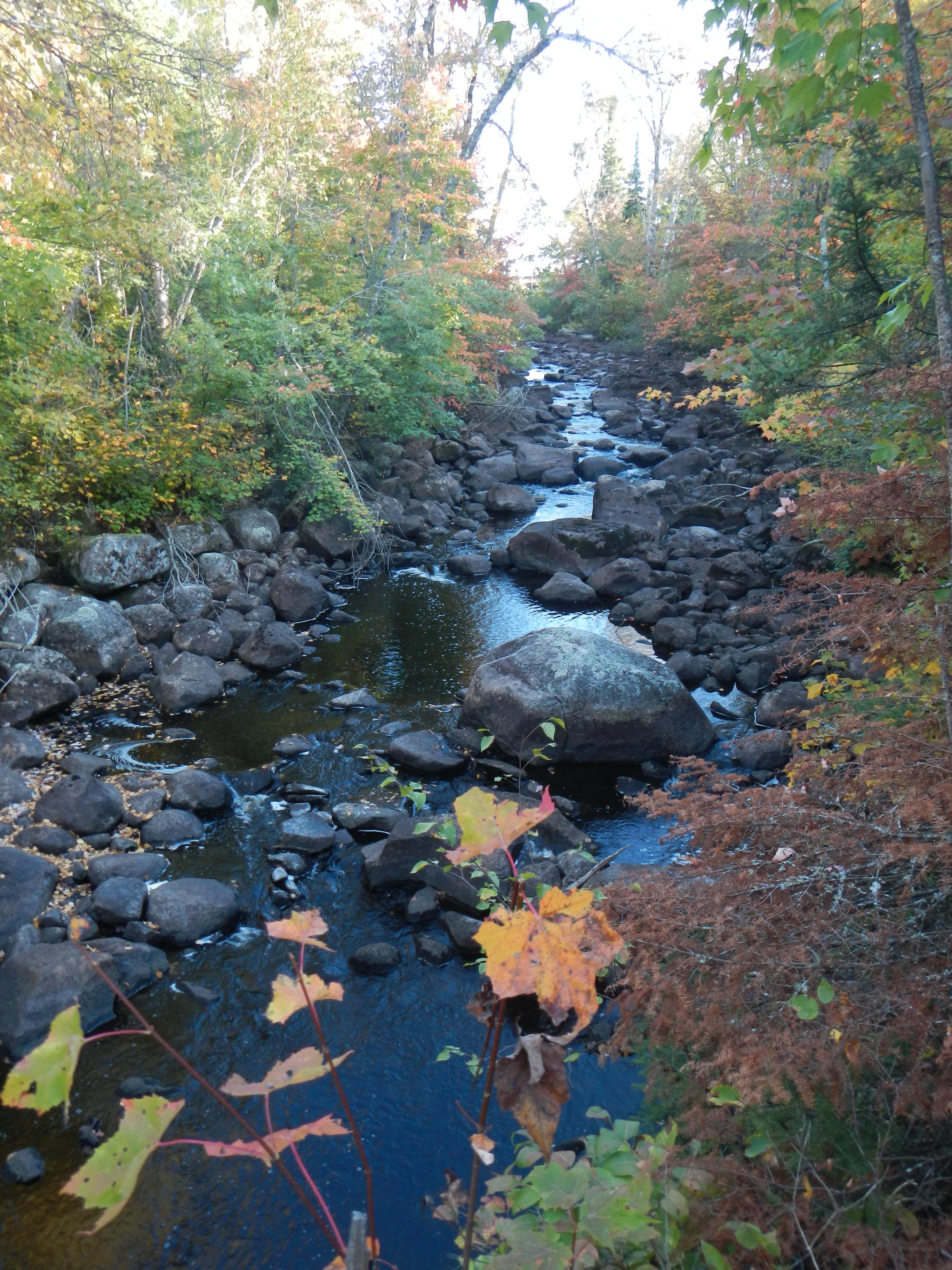 It became immediately obvious that the river was desperately low. At any point throughout this section you could easily walk right across the river without getting wet. This didn't bode well for our proposed route as we planned on paddling many creeks & rivers. Still, it was enjoyable to be in the woods on a beautiful autumn day. 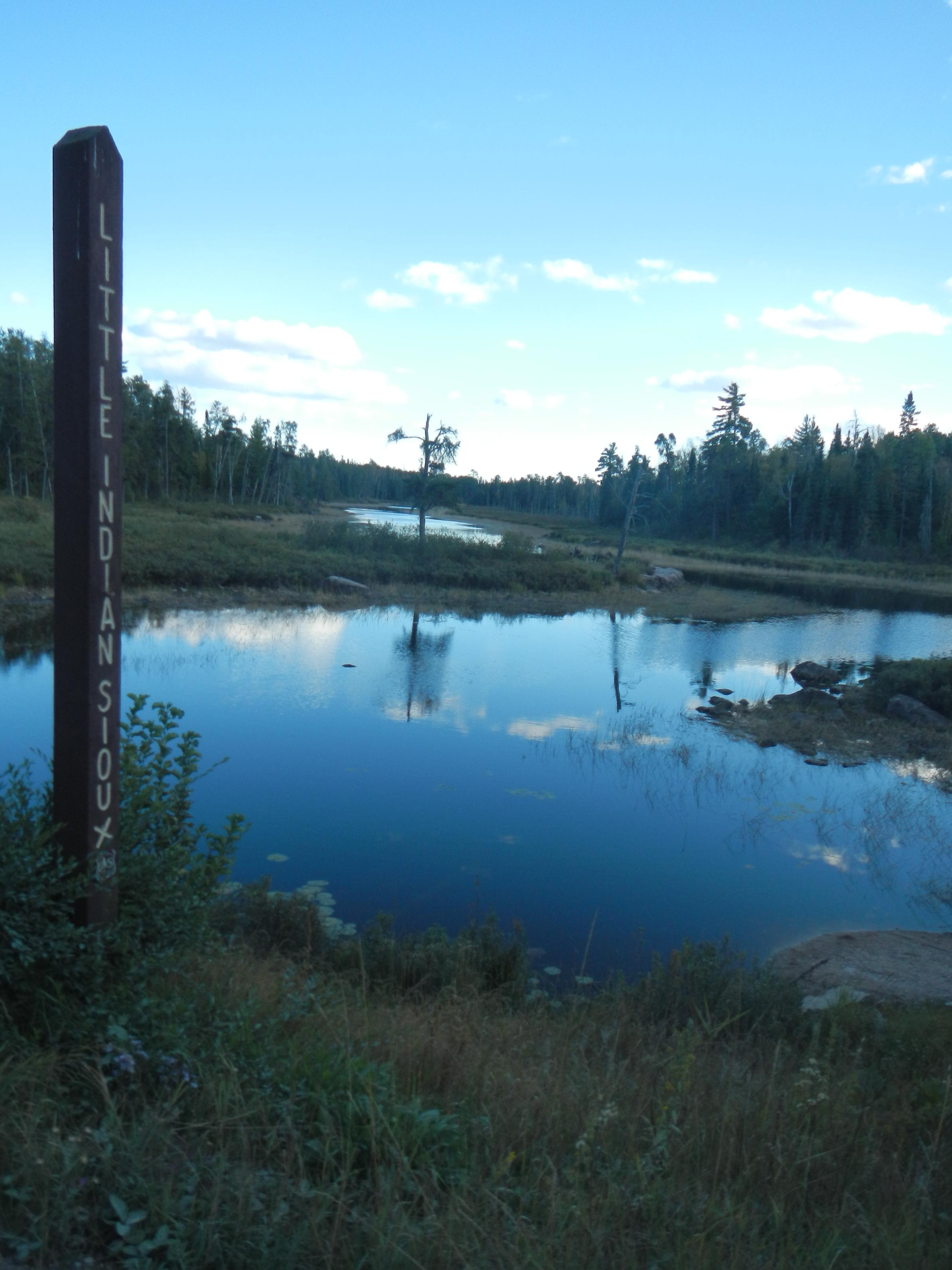 It was getting to be about supper time. The folks at Andersons Outfitters had told us about Trails End on Echo lake. They technically are not at the end of the trail. But, they offer a full menu so we were able to get supper as well as order some take out food for breakfast the next morning.

Afterwards we settled in for the evening at the bunkhouse. We brought separate bedding so we didn't have to unpack, then repack our bags in the morning. This would also be Auroras last chance to get her Barney fix for awhile. 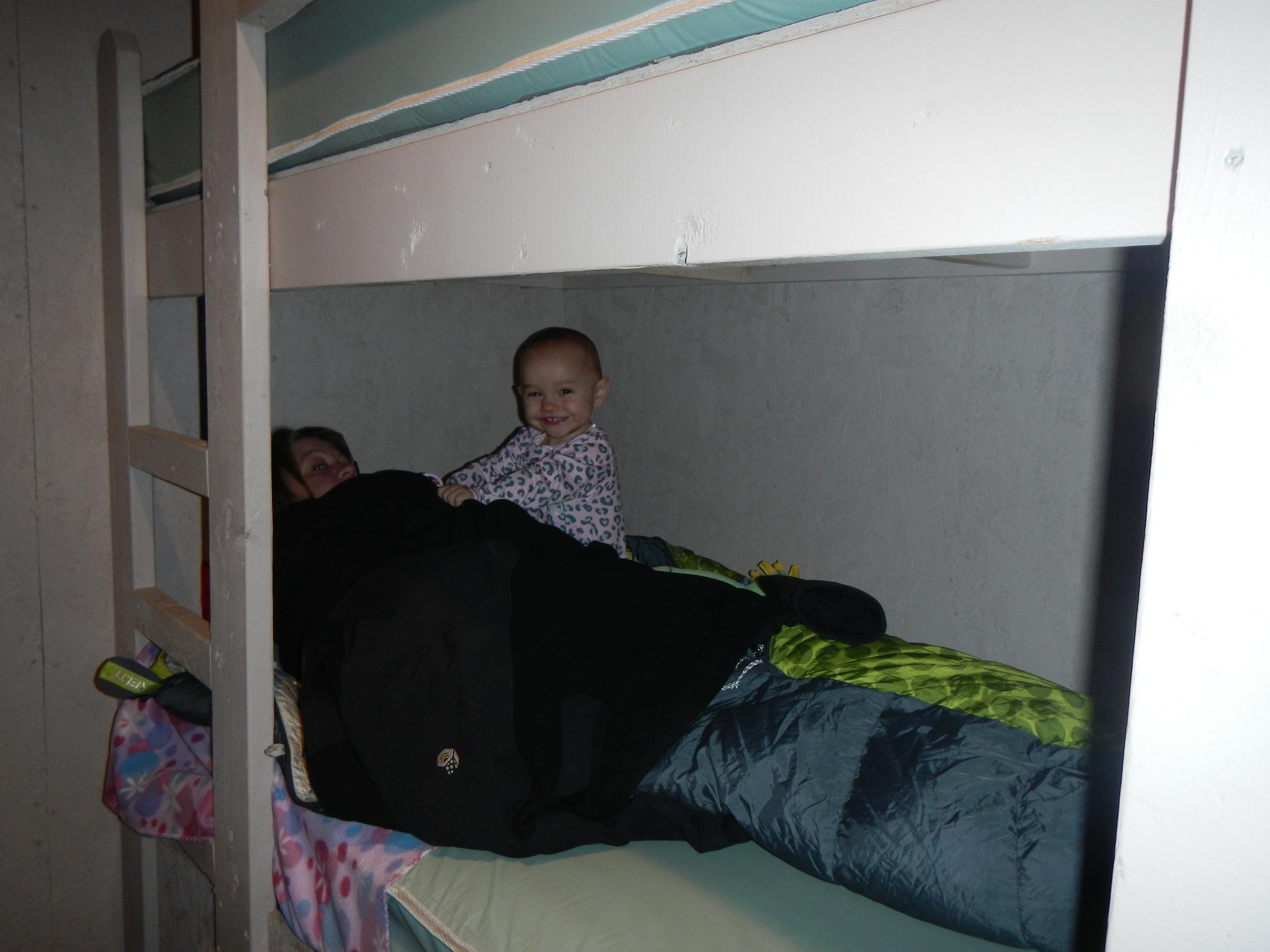