Trip Type: Paddling Canoe
Entry Date: 08/19/2012
Entry Point: Magnetic Lake (EP 57)
Exit Point: Saganaga Lake Only (EP 55A)
Number of Days: 7
Group Size: 2
Trip Introduction:
This was myself, and a friend's first trip to the Boundary Waters.
Discuss Trip: View Discussion Thread (10 messages)
Day 1 of 7
Sunday, August 19, 2012 Gunflint Lake, Magnetic Lake, Clove Lake, Larch Lake Our adventure began when we left Northern IL at 3:30am the previous day to the tune of the Red Hot Chili Peppers. 10 hours later we found ourselves in the town of Grand Marais at Gunflint Tavern for a quick burger and beer before we headed up the Gunflint trail to our destination, Gunlint Lodge on Gunflint Lake. That night we both only slept about an hour in the camper cabins. The walls were paper thin and we could hear people being loud all night, and we were also too excited to sleep. That morning at 7am we loaded up our two man canoe and shoved off onto the picturesque scenery of Gunflint Lake. The weather this morning was about 50ºF partly cloudy and warming quickly. We paddled at a moderate pace across Gunflint and Magnetic Lake, taking in our first sights of Boundary water. We were wildly excited as we video taped our first footage, commenting, "To our left, United States, to our right, Canada." As we neared our what we thought was our first portage, about 20 rods, we looked at the rapids and being a bit green, we decided to take the portage. As we were putting on our overpacked 90liter backpacks, a man and his son passed carelessly over the rapids we were portaging around. We looked at eachother and laughed, saying somthing like we have a lot to learn here. Moving on we were in awe of the giant boulders we could see threw the crystal clear water. Making our second portage "blueberry portage", we passed two groups and were a bit dissapointed not to find any blueberrys. I was hoping to find some to add to my pancakes. 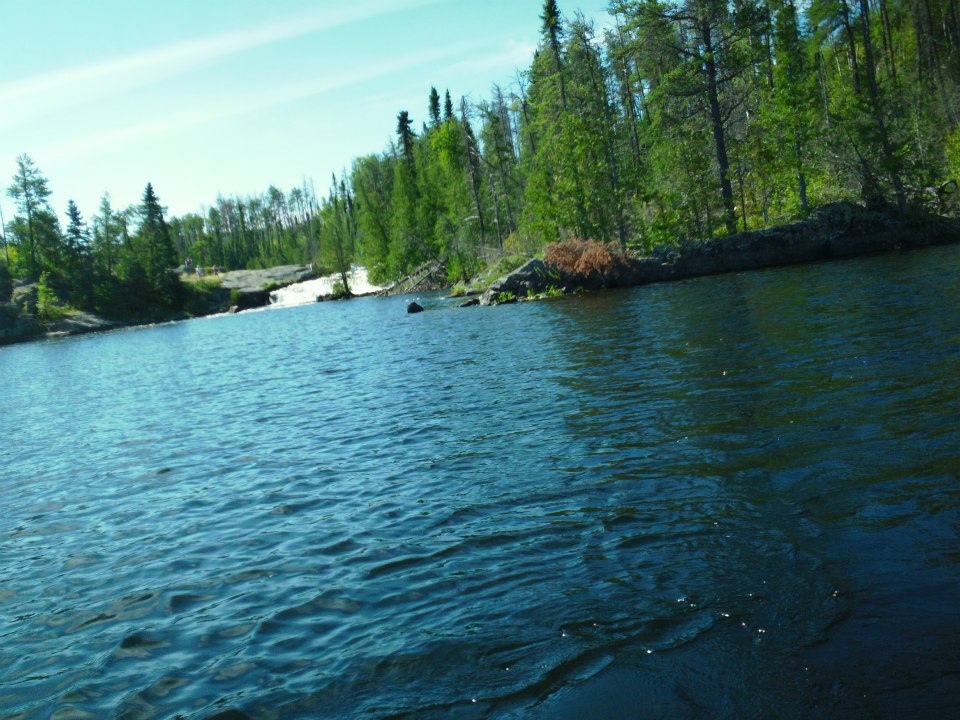 At this point I was having trouble matching the lay of the land with what I looking at on the maps we had. Turns out I was not so good at this, we ended up passing our next portage, 115rods, and "exploring" the dangerous waters that were marked on our map. We spent a good hour and a half trying to find our way, eventually finding our portage, which then became obvious where it was, asking ourselves, how the hell did we miss that? We made the portage into Clove Lake at about 2pm, our longest of the trip, and then began scouting camping sites. This was easy since there are only two and one was already taken. I did make the portage into Larch lake to see if an island site was taken, it was I went back with the news and we finshed setting up at the first site on Clove. After setting up our Hammocks and camp we did a little shoreline fishing and had a little sip of moonshine. It wasnt long before our slip bobbers were going under, pulling in the first smallmouth and pike of our trip. 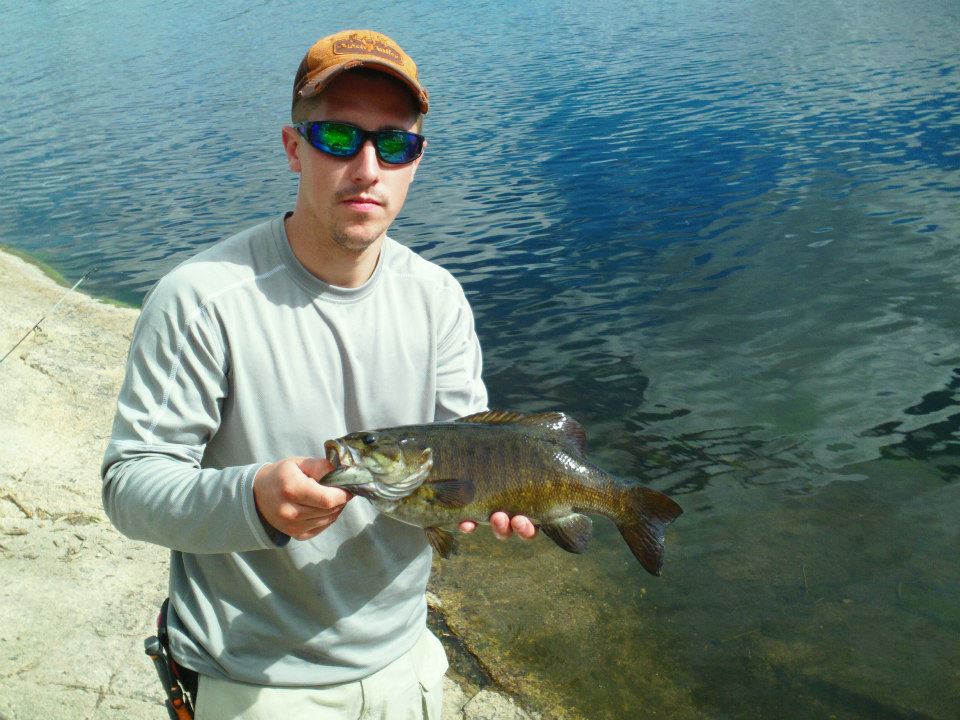 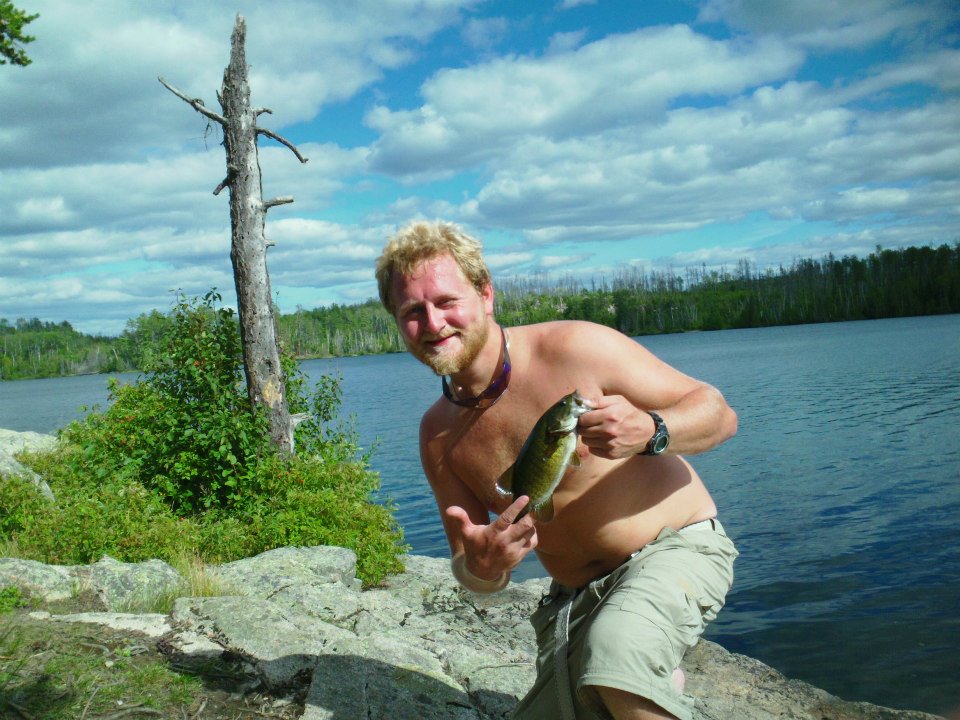 We fished until the sunset, and then made dinner. We fried up one of the small pikes we caught and I cooked what was the best steak I have had to this day. 2 20oz ribeyes seasoned and cooked right on the cast iron fire grates, along with cheddar potatoe soup. 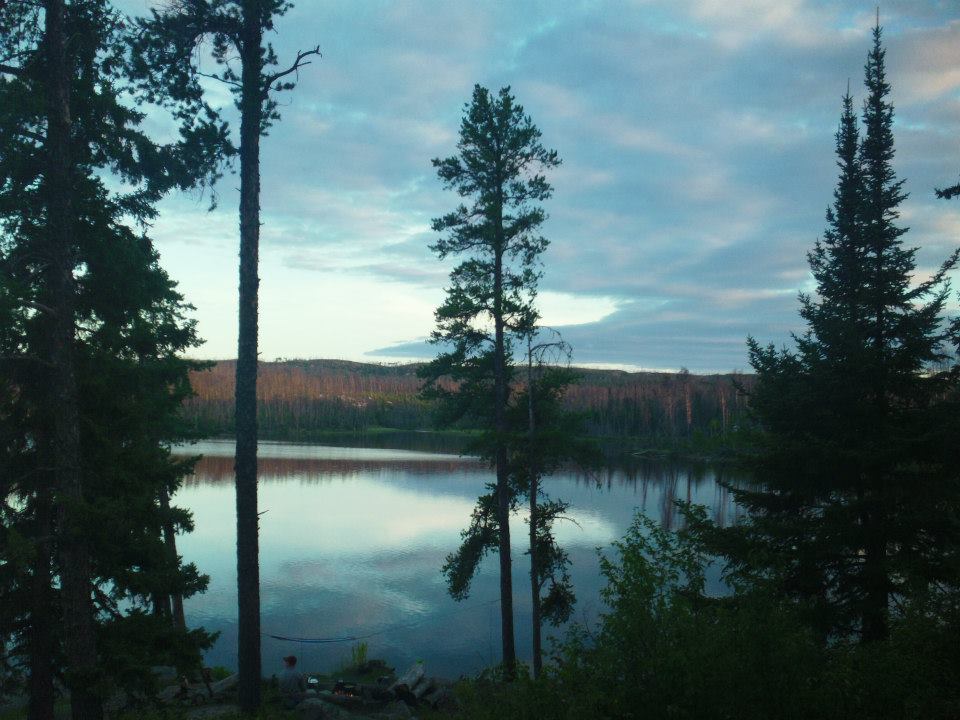