I made it to Duluth a little earlier than expected, so I spent some time browsing around one of my favorite shops - The Duluth Pack store. After killing some time there, I met up with Mark at the London Road McDonalds which was in close proximity to his sons apartment. (who is currently attending UMD) After transferring his gear into my van we were on our way northbound.

After a quick stop in Two Harbors for some last minute grocery items, we continued up the north shore unimpeded to Grand Marais.

Fueled up at the Holiday station, then headed over to Sven & Ole's for pizza and a few drinks. Called home to check in one last time, then proceeded on up the Gunflint Trail to Tuscarora Lodge & Outfitters. 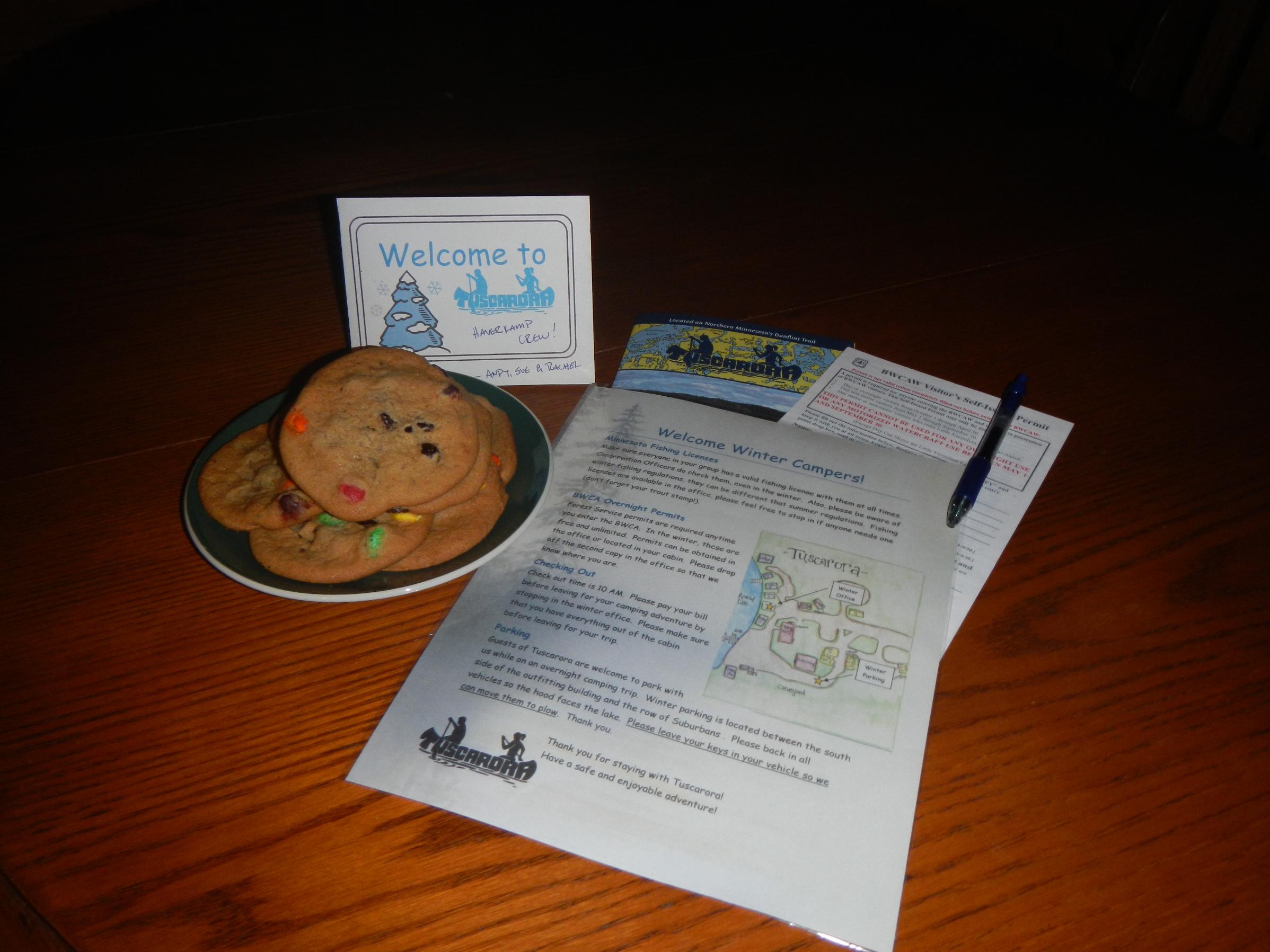 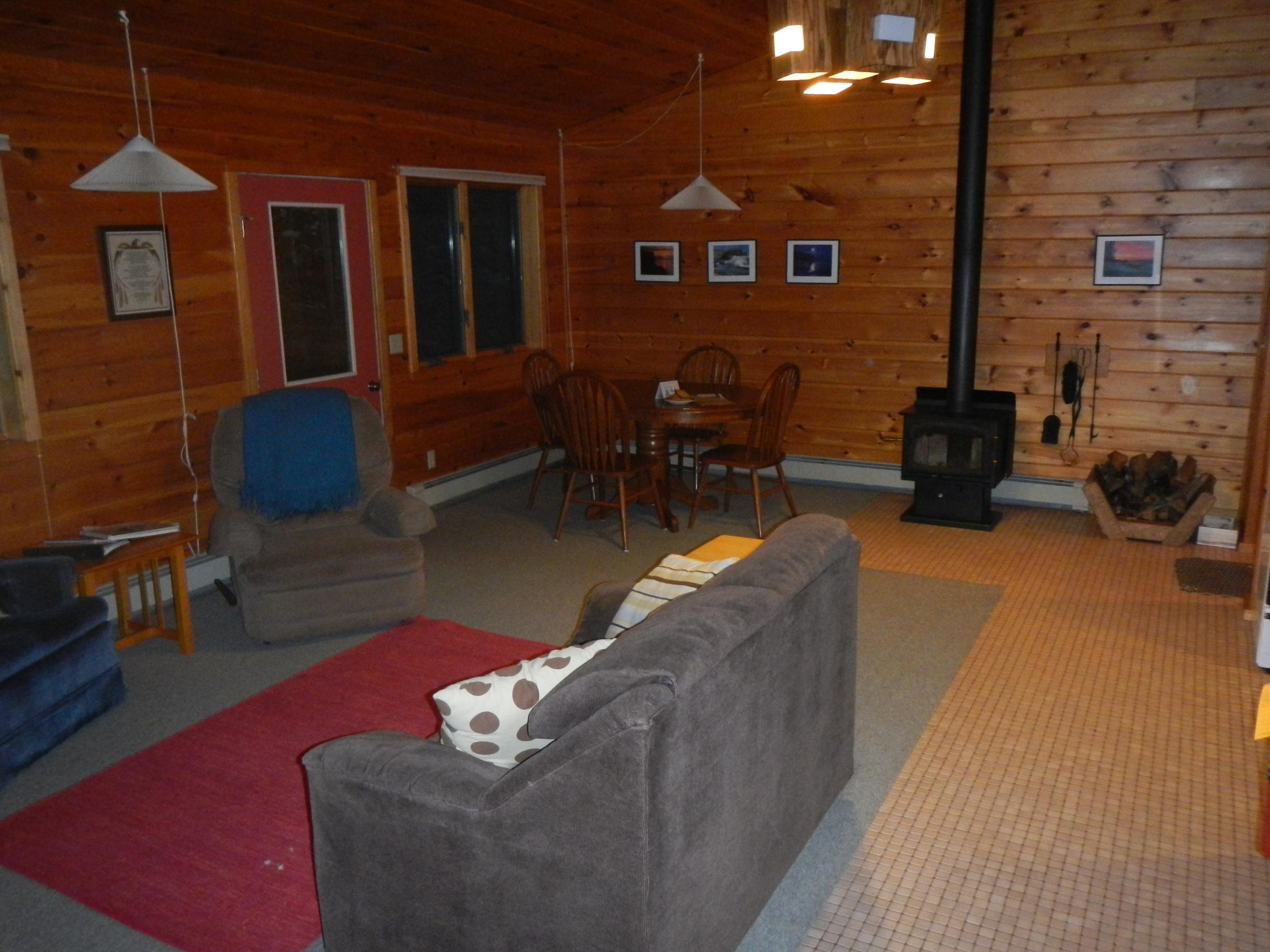 A plate full of delicious chocolate chip cookies greeted us upon arrival at our cabin. Settled in, and enjoyed the 6-pack of Blue Moon's & fresh orange slices we had procured for just this occasion. Shawn & John wouldn't be arriving until late, so we left a light on for them as we turned in.