Trip Type: Paddling Canoe
Entry Date: 06/01/2013
Entry Point: Quetico
Exit Point: Quetico
Number of Days: 7
Group Size: 3
Trip Introduction:
I had been looking forward to this trip to the Quetico with my boys since Christmas. I reflected on the 2009 trip I had taken with them on the Frost River and the great trip we had together then and knew planning a their first ever trek into the Quetico would be even better. This trip came with great expectation as their father. I was almost certain that the trip taken in 2009 would be the last Dad & Son outing we might enjoy as my boys were getting older – now 21 and 18 – I was certain they might have “better things to do” with a week in the summer then spend it fishing up North with the “ol’ man.” It was with great excitement that I planned the trip when I suggested it and they both enthusiastically agreed to go!
Discuss Trip: View Discussion Thread (7 messages)
Report
Pre-Day 1: I think like a lot of us, I had the packs full and waiting at the door at least a month in advance of our departure. Fishing lures picked out, dry food gathered, waiting for the big day. We woke early 4:30AM and began the 12 hour drive to Seagull Canoe Outfitters. Upon our arrival, we noticed a dark, mood lighting in the shop. A storm had blown down trees on the trail the night before and knockout out power to the end of the trail. We were just happy to stretch and enjoy the view from the Seagull dock. After power was restored, we headed down to the Red Paddle Bistro at the Gunflint Lodge and enjoyed our last meal prepared by others. As usual, the meal and service were great! Headed back to the bunk house and talked to three fellas who were heading into the Falls Chain for their first Quetico run and time at Seagull Outfitters. Had a good talk and headed off to bed.

Day 1: Woke early for our launch to Hook Island. We were on the water heading to Hook at 7:30am. It was a cold morning and as we made our way across Saganaga on the open water, the tow boat was breaking a chop that casted water across the bow and onto our necks – icy! We paddled to Janice at the Ranger Station and notice upon our arrival that wind had knocked down a large, 100-year old white pine which fell across the trail to the cabin. Janice was distraught about the loss and the other damage to trees nearby. Those Canadians! There are a lot of trees in the forest.

After checking in and paying our fees, we headed off in a head wind across Cache Bay . The waves were not quite at white-cap stage, but the wind was stiff. After paddling the corridor to Silver Falls, we rounded the point to see the mist rising from the break. No doubt that the water was high and the large volume of water flowing over her made me concern a bit about the outflow on the other end. I introduced the boys to the “rock-face” drop heading down the Silver Falls portage and loaded the canoes (one Kevlar MN2 and a solo) for the paddle against the outflow. We had no problems navigating the current and made the long paddle to our lunch destination on Saganagons. The lunch location was the same site where a week later Walli-Dave form the Seagull forum would spend his base camp trip. After lunch, we headed across Deadman’s Portage and to our camp for the week. We selected our ol’ faithful site, just to the NE of Deadman’s Portage and set up for the week long stay. We prepared our customary first night T-bone steak dinner with fresh potatoes and carrots and tucked into our sleeping bags for a well-deserved rest.

Day 2 to Day 4: The best part about base camping is the days run together and it is very easy to lose track of the date, day and even hour – this is what I really love about the area. A complete unplugging from the things that control us the other 360 days of the year. We spent most of our time fishing and exploring the area. I visited each of the other site surrounding us to get a fix on possible sites for future trips. I had the opportunity to visit with a solo traveler at one of the sites. John was returning to the area after last visiting some 40 years ago. He was heading into McKenzie Lake (quite a way up north of the Falls Chain and NE of Kawnipi. After a long conversation, I found myself longing to do a similar trip as a soloist again. Future trip?

The boys & I climbed the hillside on the north side of Saganagons and rebuilt the cross that some buddies and I had placed there in 2007. To my amazement, the cross as still there and although it had snapped about half-way up the pole, it was still laying there with the cross beam still tied to the main pole. We rebuilt it and reset it before leaving and could see it on the hillside from the water as we headed back to camp.

We also spent a day heading into the Fall Chain to fish. We got as far as Bald Rock Falls when the southern sky began to look a bit threatening for rain. We had a shore lunch there and decided paddling back in a storm didn’t sound to fun. We headed back but the storm never arrived staying off to the Southwest of us. This entire trip was rain free, little to no bugs and COLD. I wore the only jacket I packed all week. When you are packing clothing for the trip in 90 degree temperatures, it is easy to not think about the chill you might experience. We experienced it and were glad we packed the heavy clothing! Fishing was great for us. No walleyes, which would have made the trip a complete success, but plenty of Smallie action, Northern and even a sizable Whitefish which we enjoyed baked!

Day 5: Thought we would head half-way out and returned to the “grassy-knoll” at the base of Silver Falls. This is not my favorite site as it is rather exposed and doesn’t offer a good bear tree in which to launch a food pack, but we made do buy floating the food pack in a canoe and anchoring it of shore for the night. We decided to spend some fishing time that evening trolling through the passage just northwest of the site that has current rolling through it. My 18 year old landed a 24” Lake Trout in that effort (biggest one I’ve ever seen taken here) which made for a great evening meal!

Day 6: Got up early and made the Silver Falls Portage and trek across a glass-calm Cache Bay quick work. It was Friday morning of a great week. One thing we noticed were the number of inbound canoes heading to see Janice that morning – like a highway! I have never seen so much traffic and wondered if the number of daily permits had been expanded to accommodate these folks. We arrived at Hook Island at about noon and set camp for the night. As the day wore on, we noticed the wind picking up and several people were eyeing Hook as a place for the night. We like being on the island the night before departure as it is easy to “portage” the gear down the hill to the pickup landing in the morning. The site is actually pretty nice.

Day 7 – Morning of departure: Exactly on time, our Seagull Outfitter tow arrives at Hook Island dropping off a two person party also heading to the Chain. They looked clean, shaved and ready for their week and while I was longing to stay and follow them, I was definitely looking forward to the warm shower awaiting me at Seagull!

Our trip home was uneventful (in any way that would be considered bad) and it is always good to return home from the trip, but my mind stays in the Quetico – that magical land up north. I look forward to the possibility of returning again with my boys and maybe going on a solo trip someday. Here’s to the Great White North!! 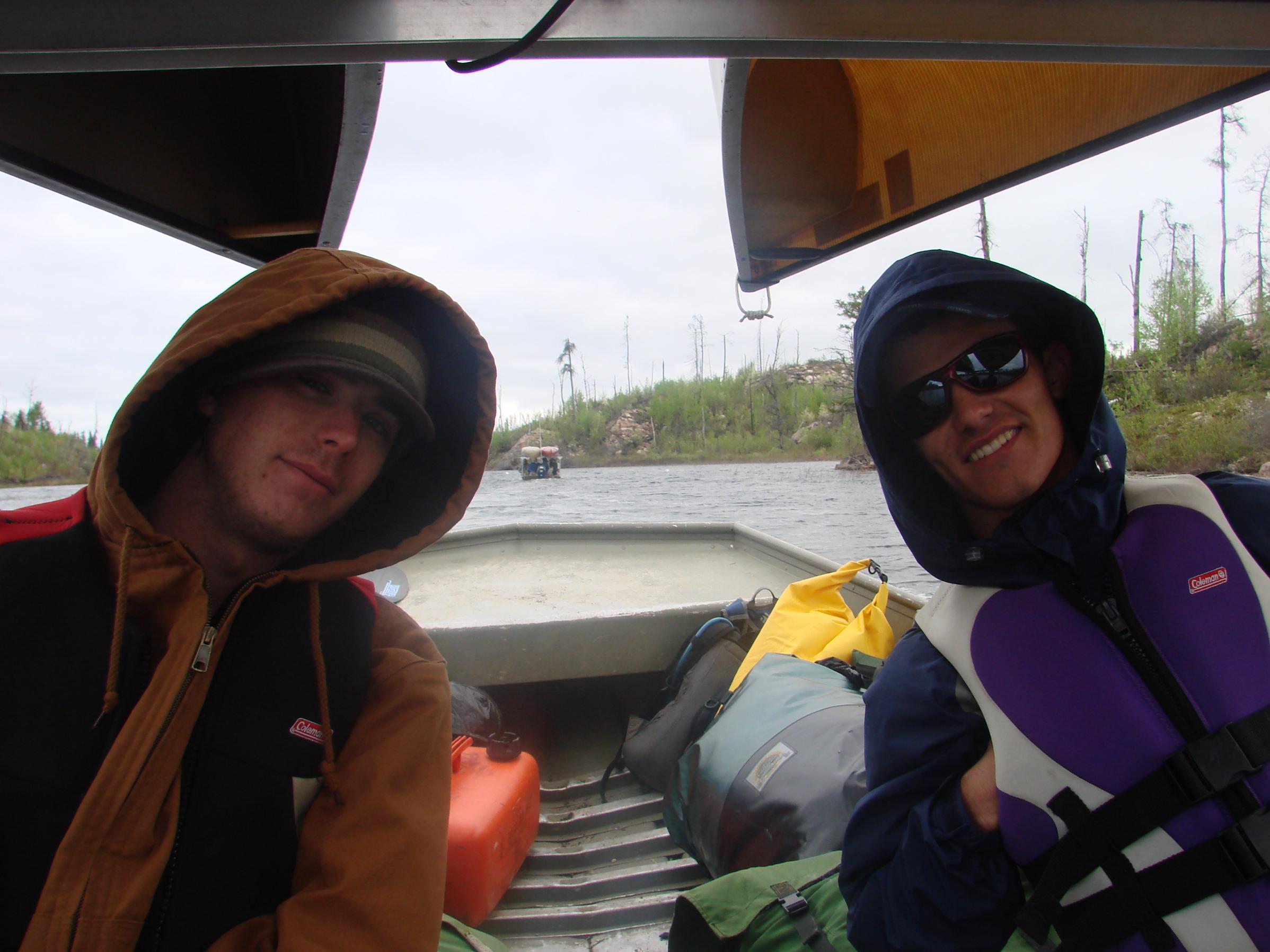 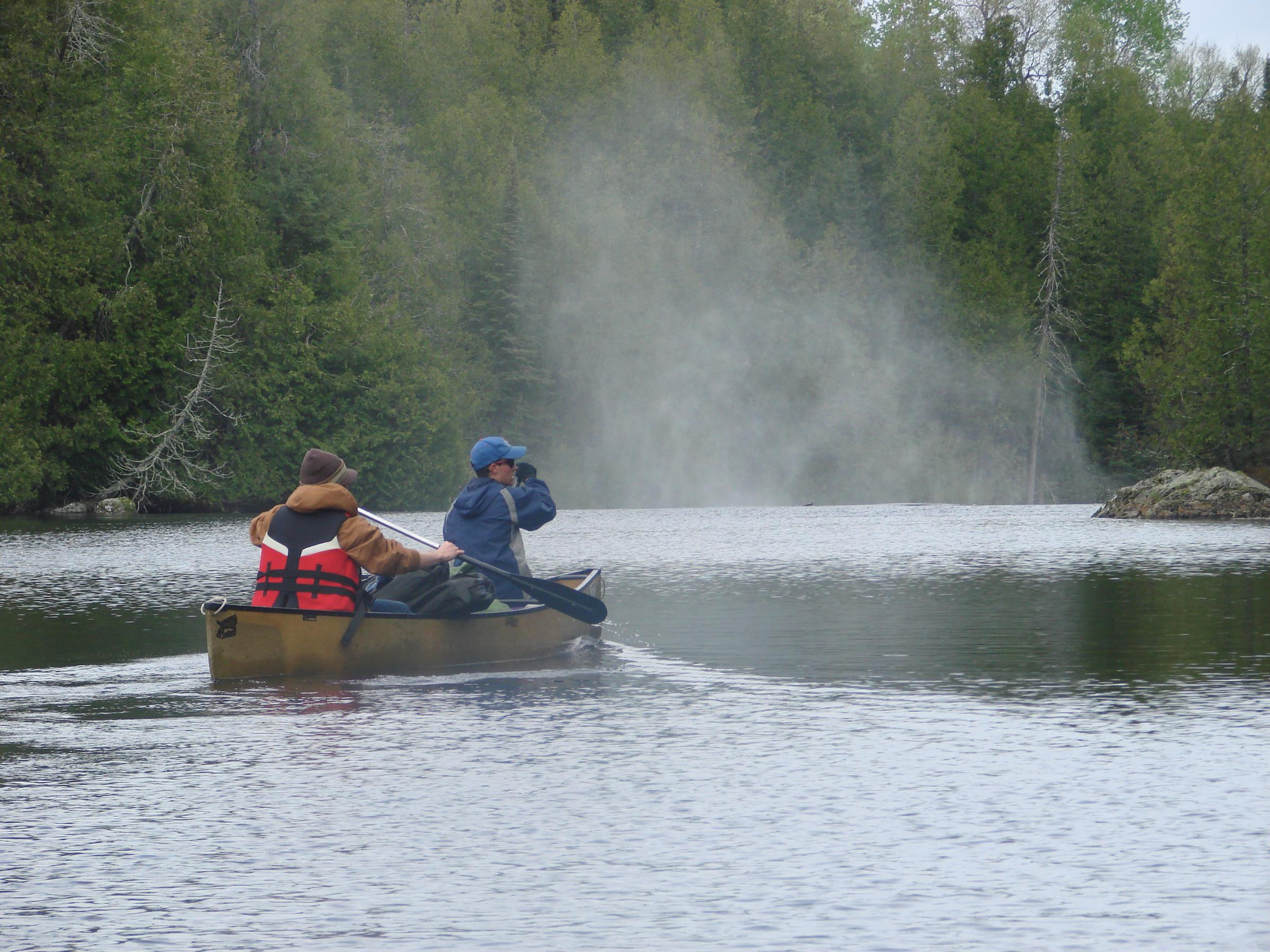 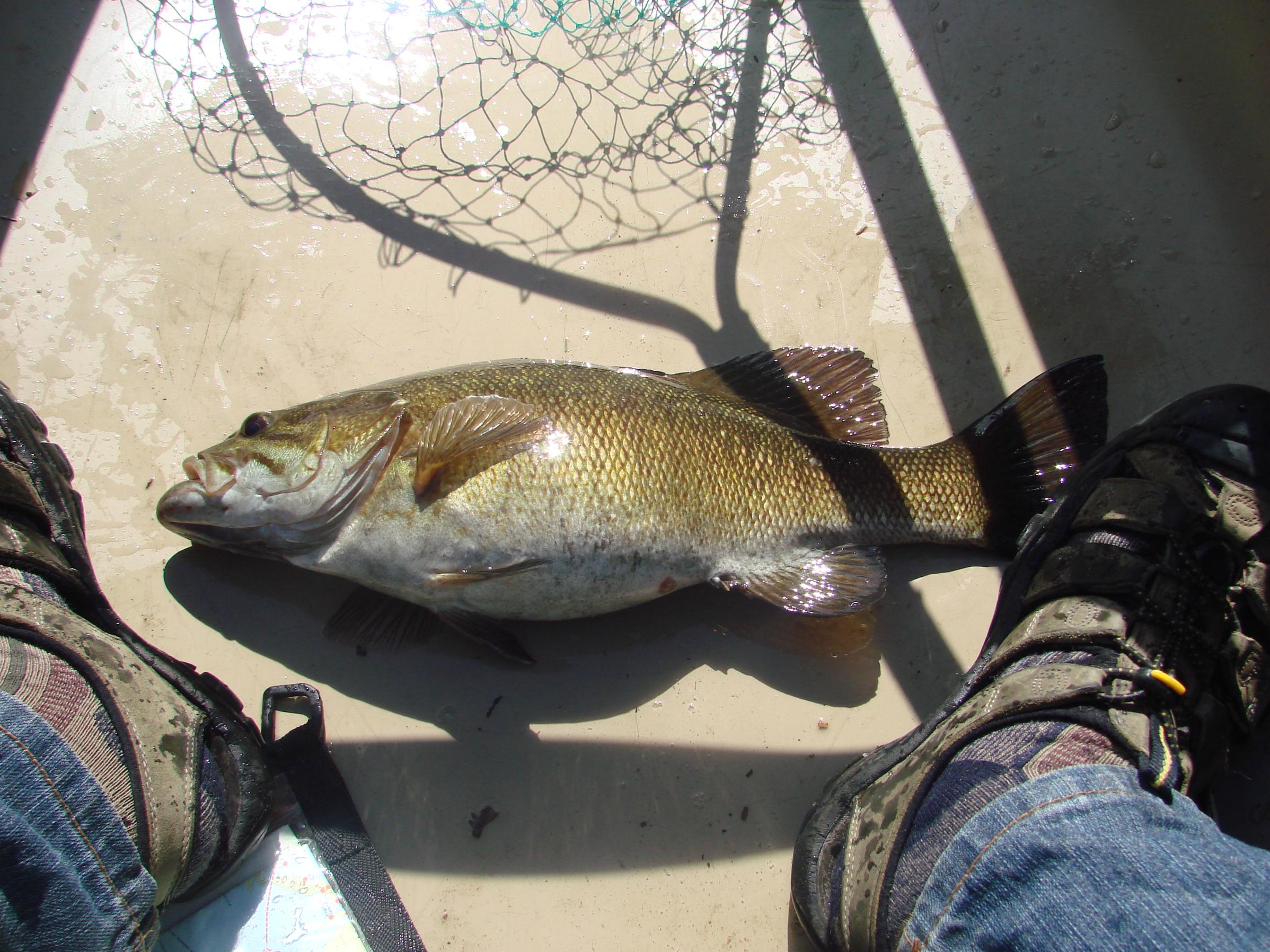 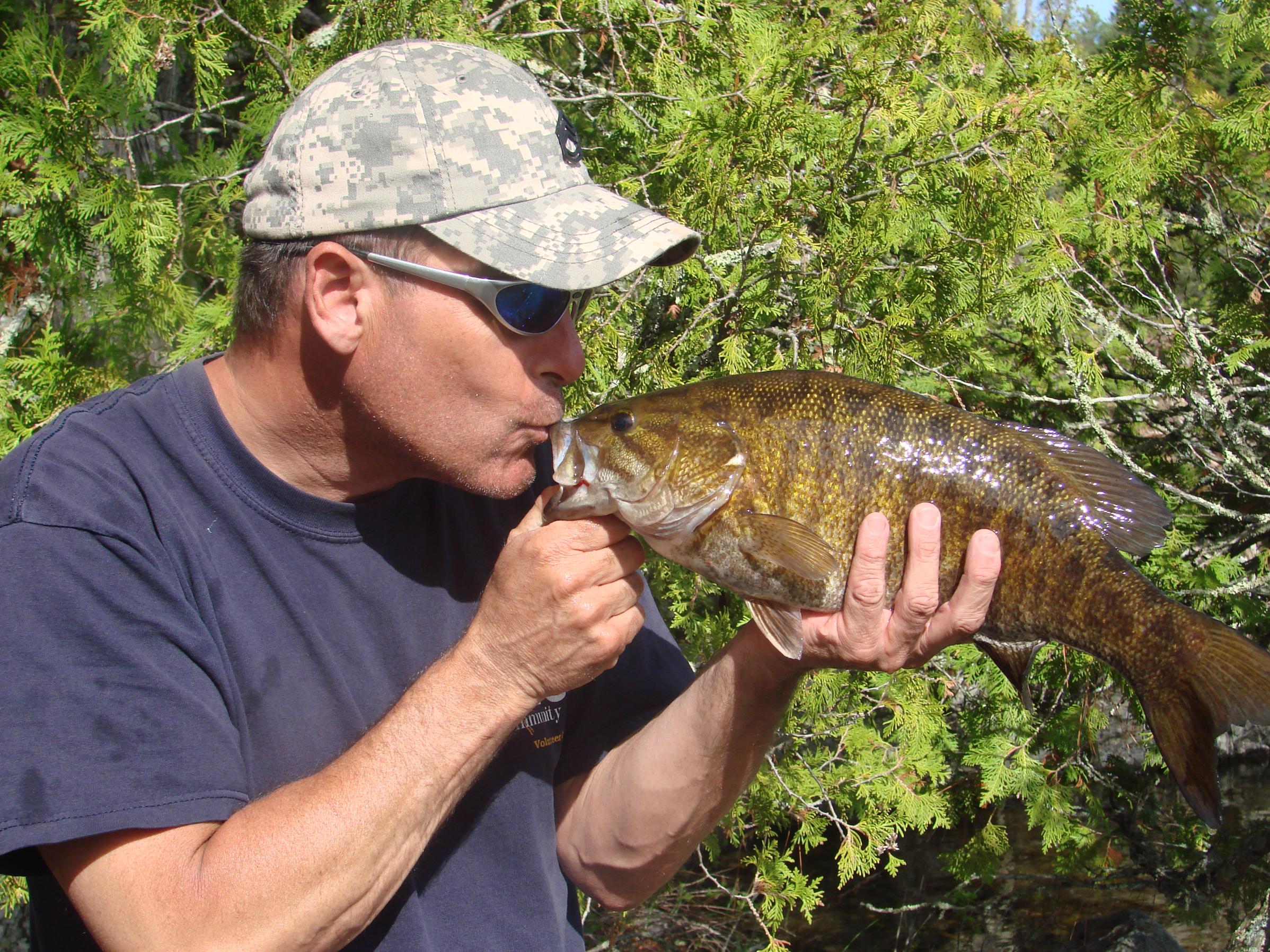 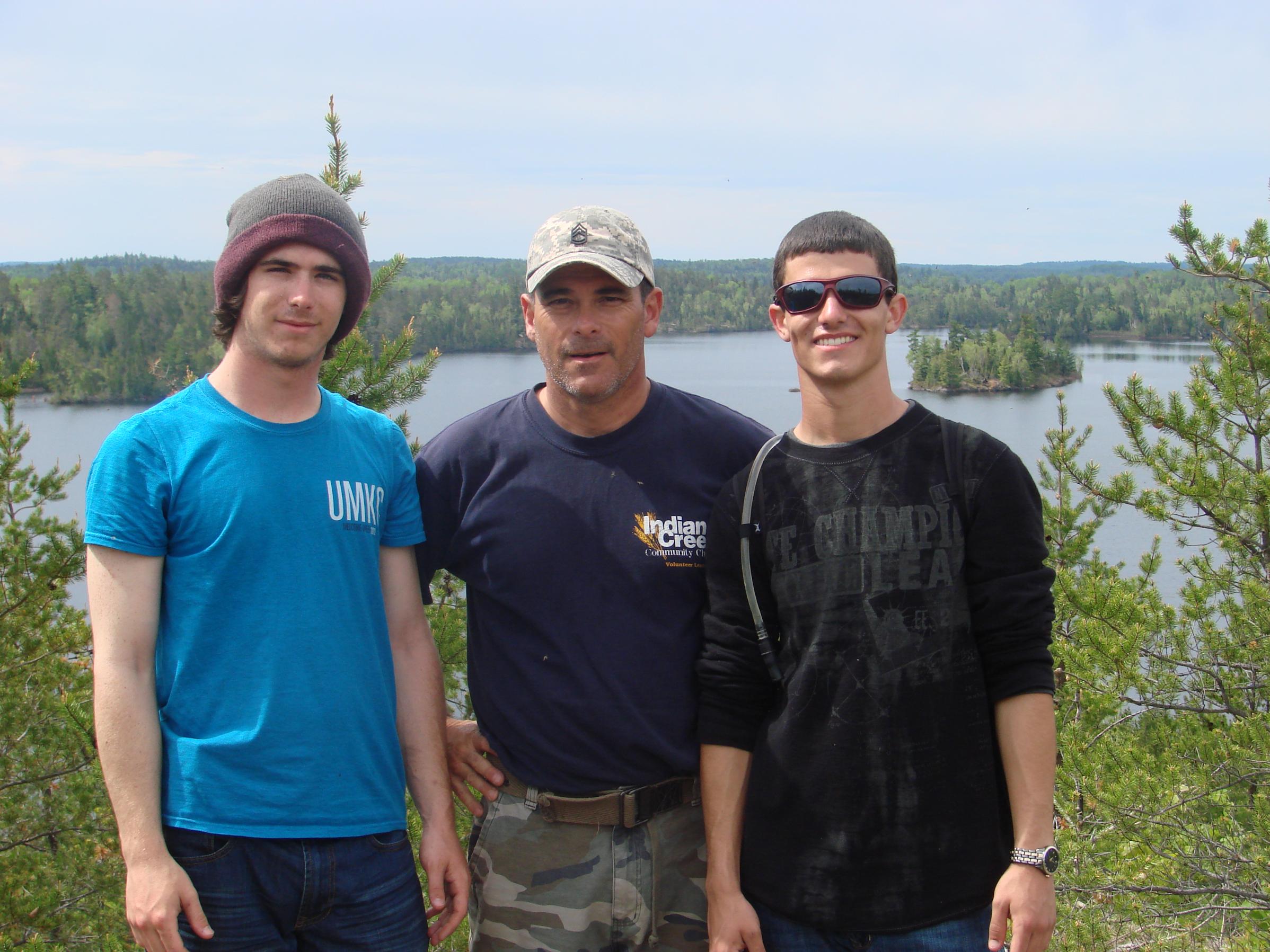 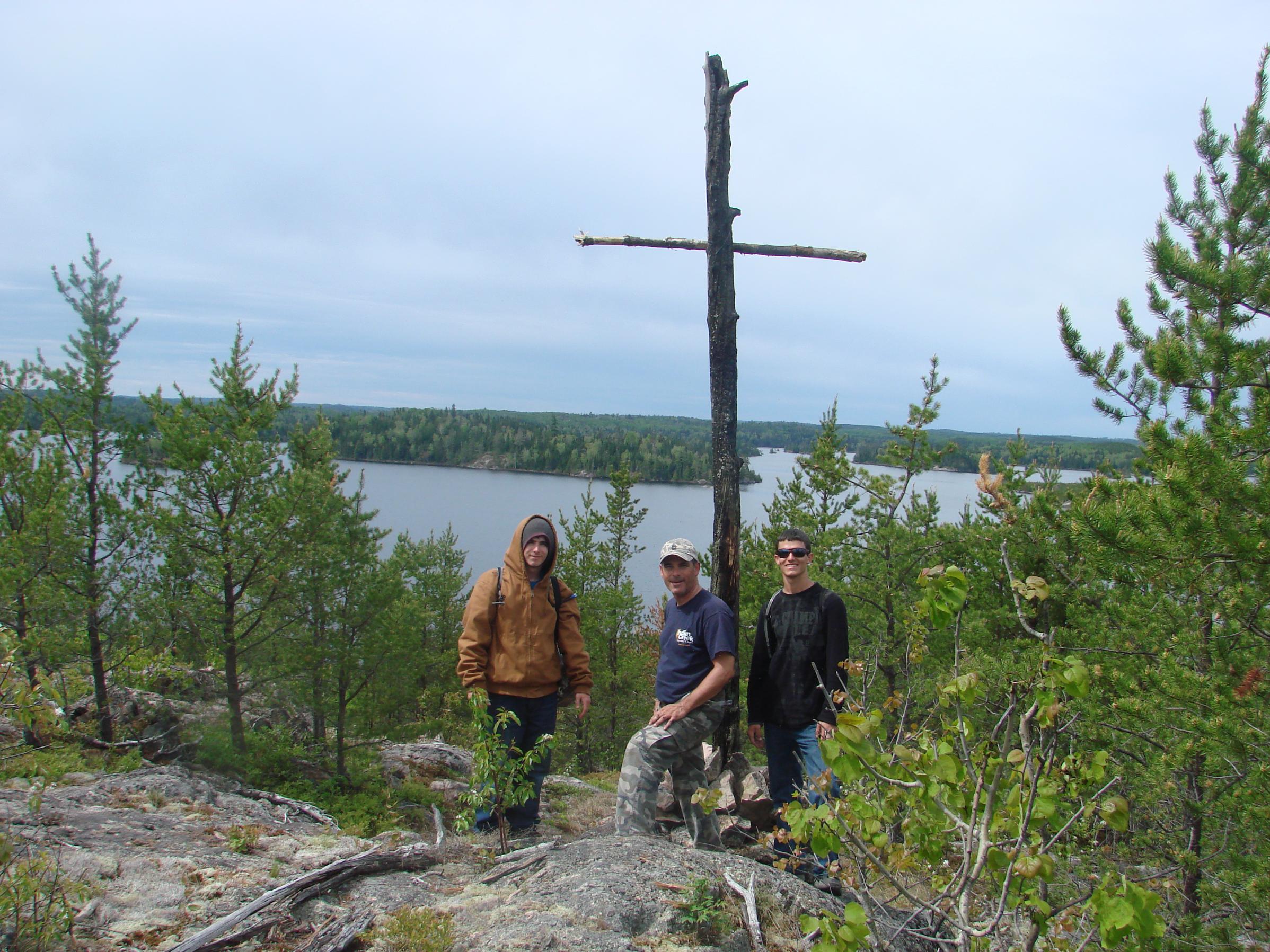 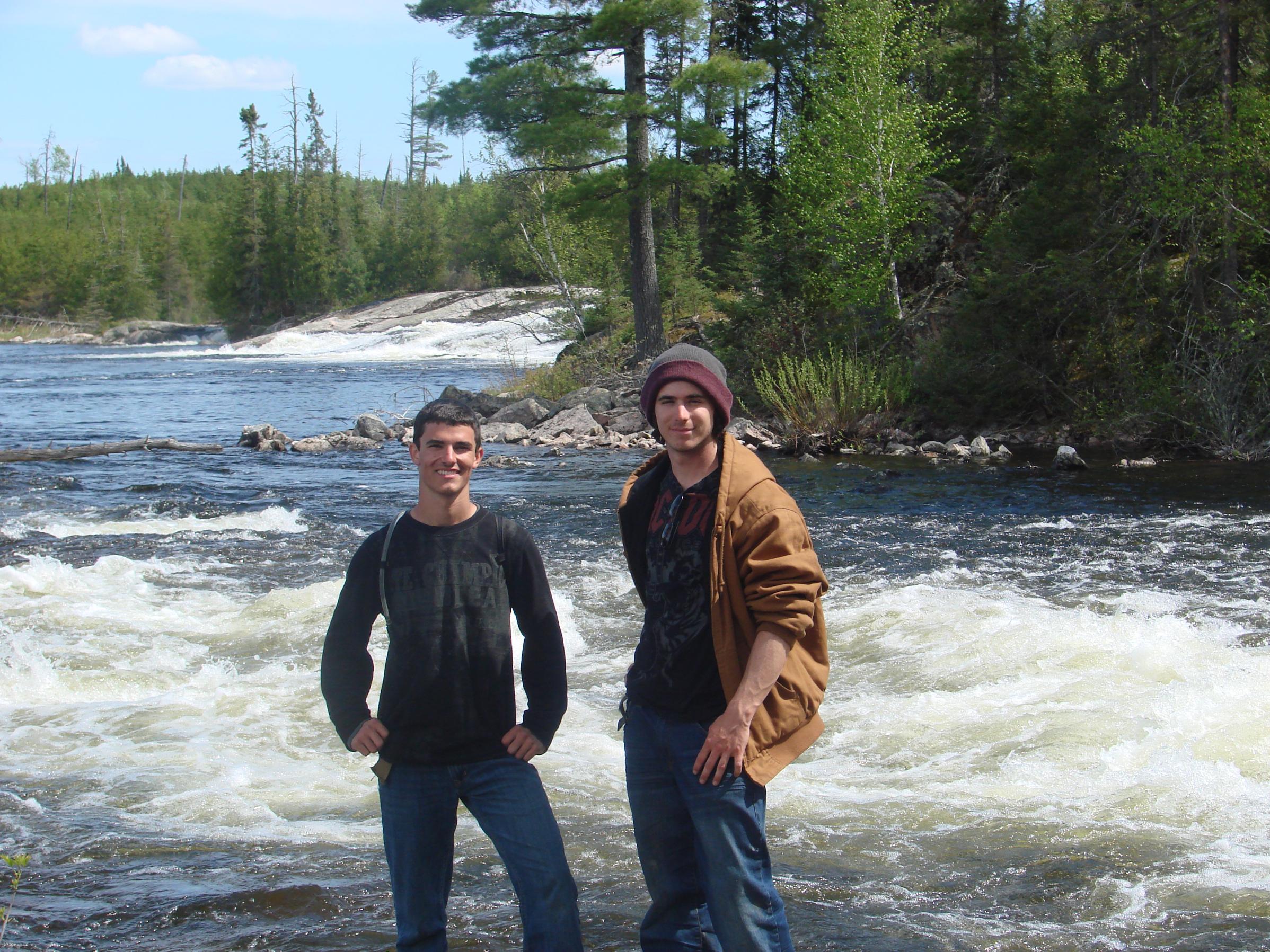 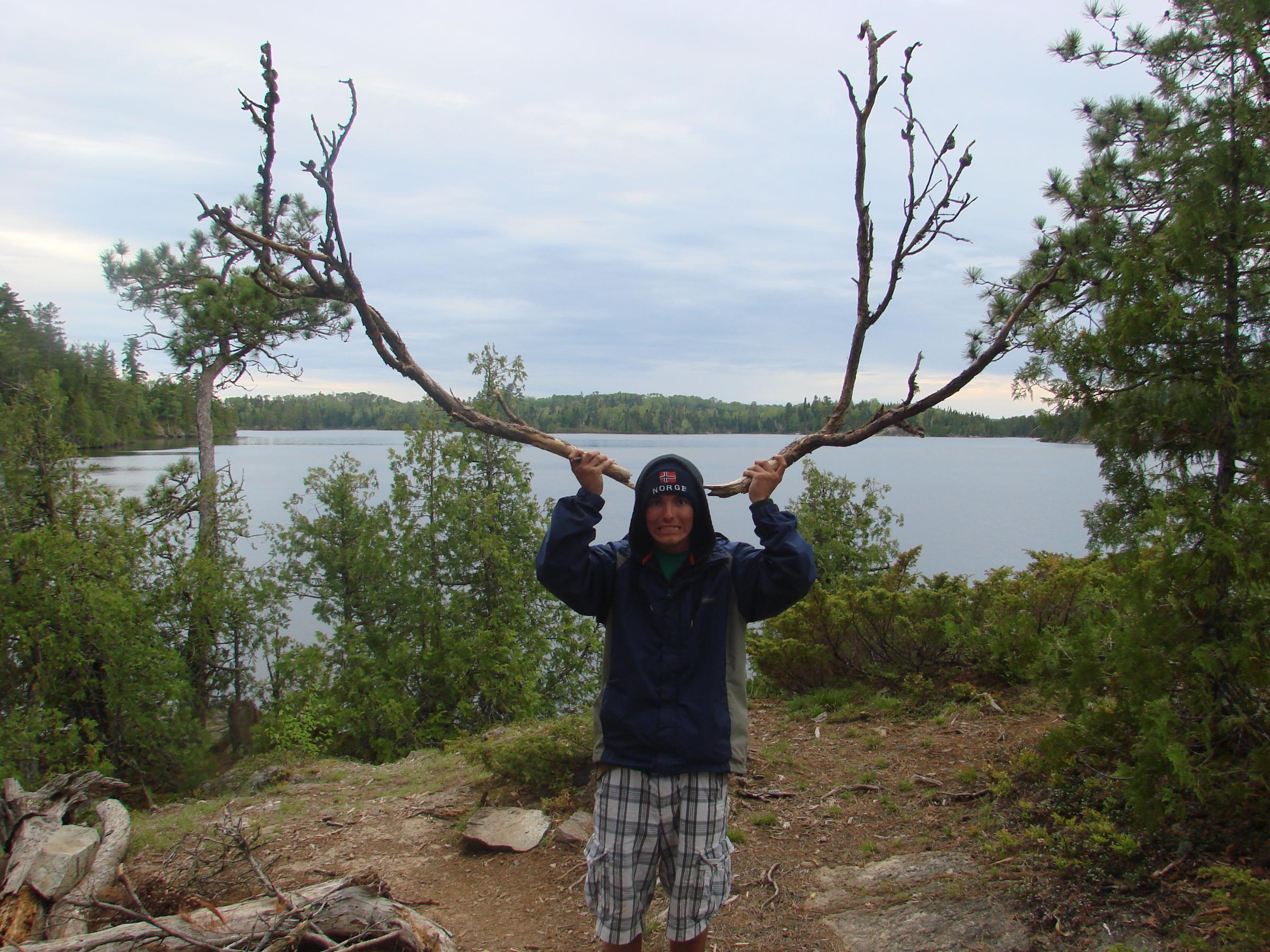 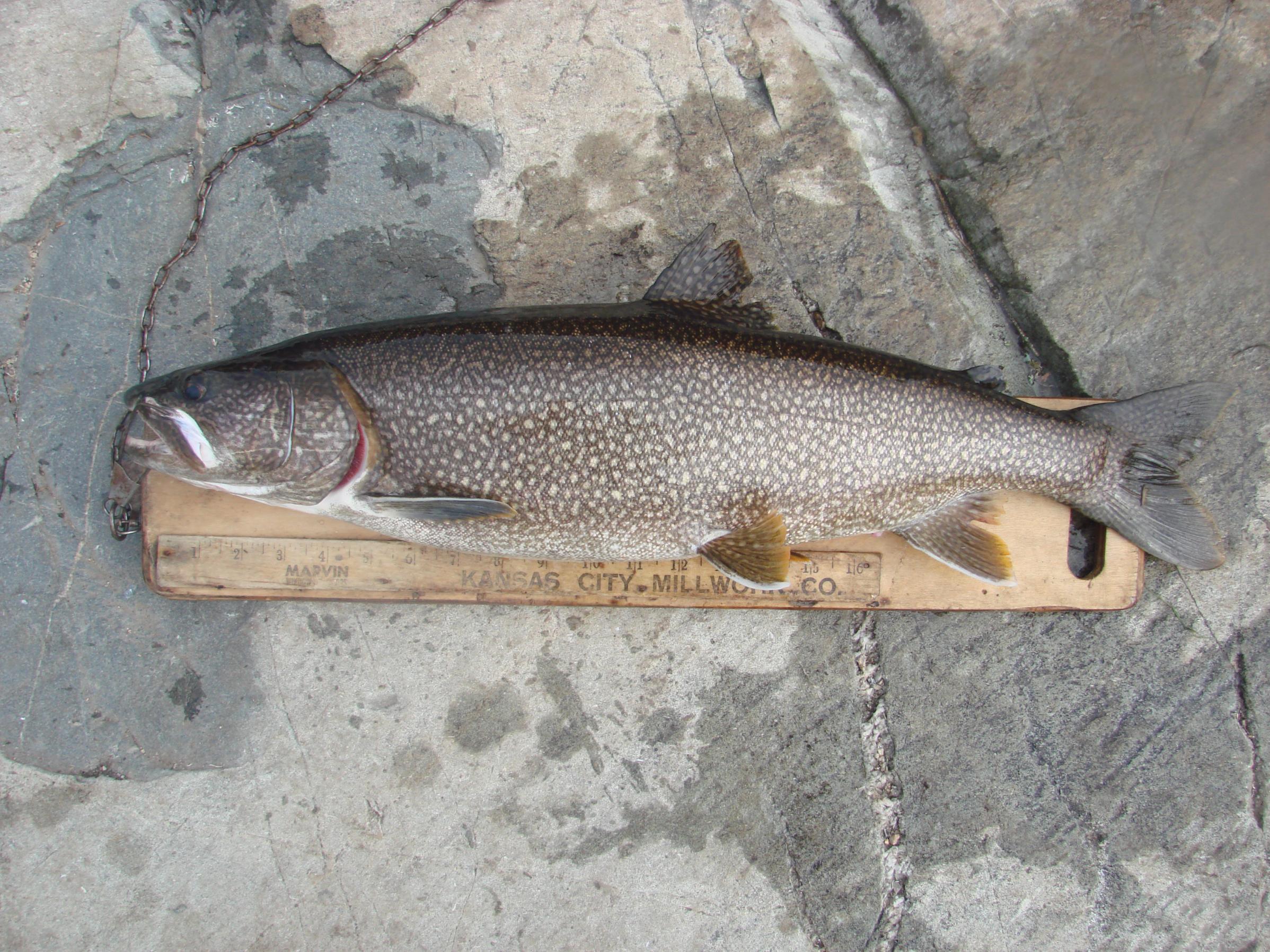 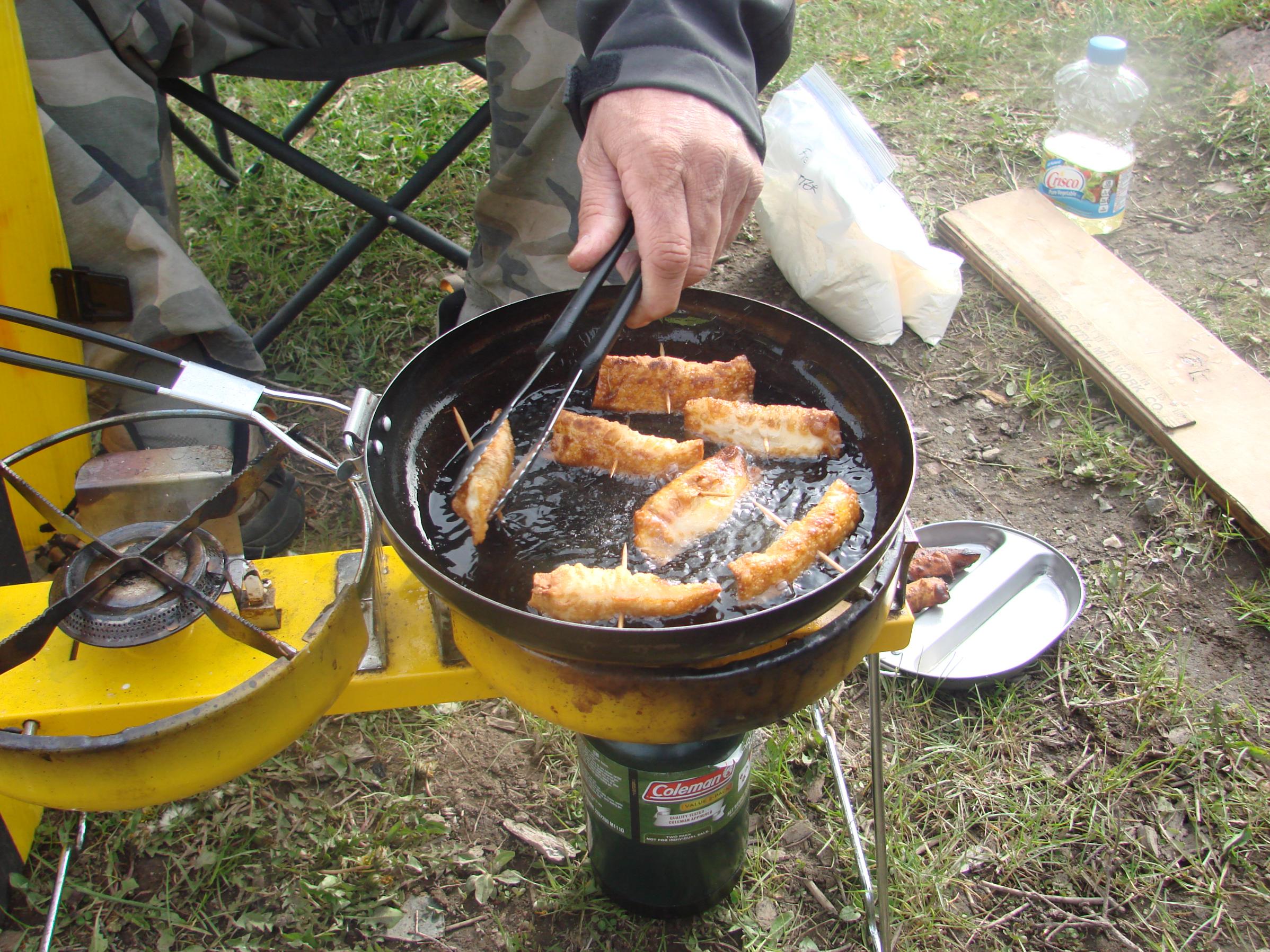 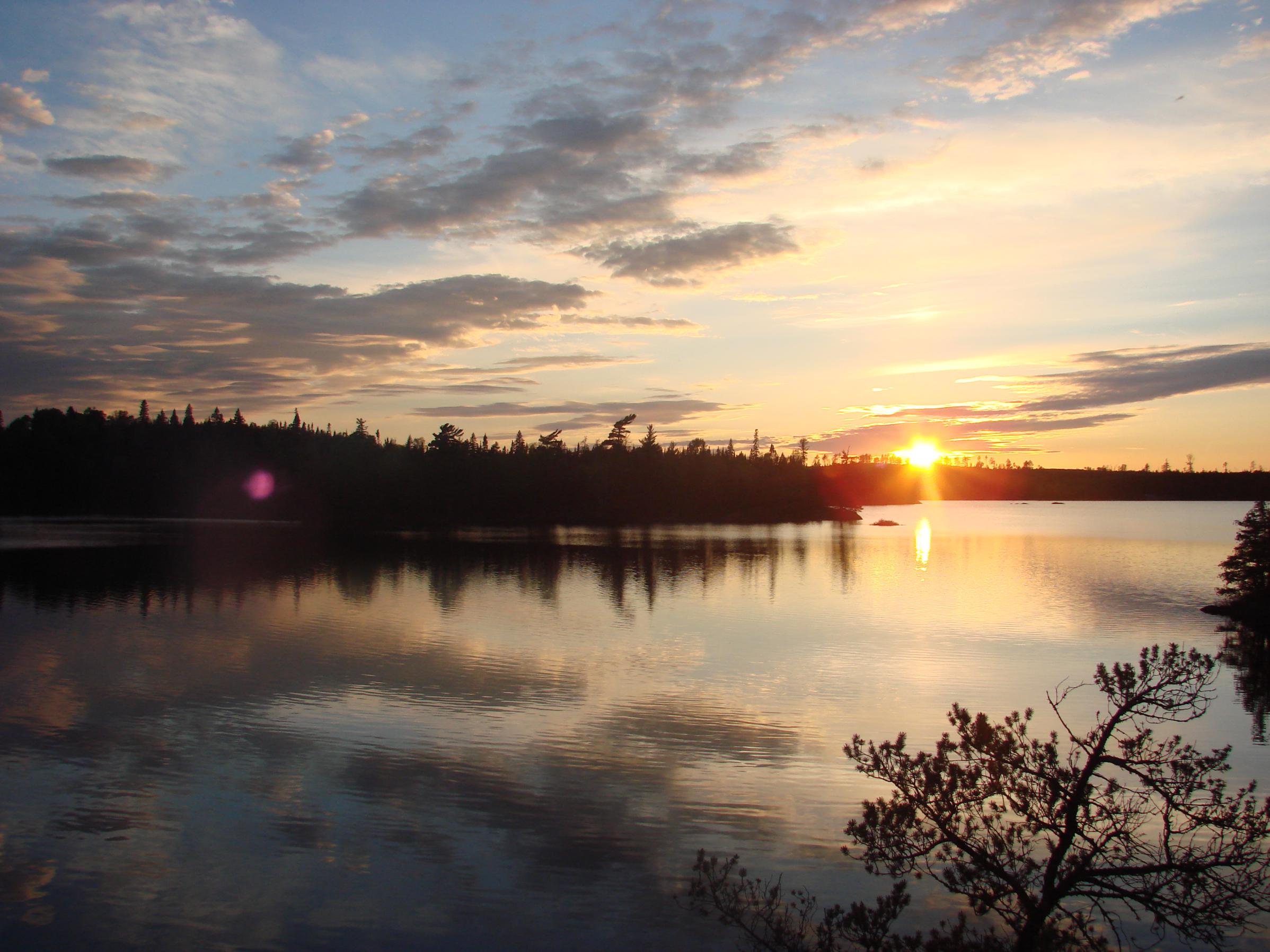