Trip Type: Paddling Canoe
Entry Date: 07/05/2013
Entry & Exit Point: Quetico
Number of Days: 7
Group Size: 2
Trip Introduction:
My dad and I decided--at long last--to head into Quetico. I've been to Wabakimi, Pukaskwa, Woodland Caribou, and Atikaki, as well as dozens of BWCA trips, but I'd never been to the Quetico. My dad had been on multiple BWCA trips, too, so we figured it was time to head into the Q. Got on the road in Dad's car and realized that he didn't have up- to-date registration, so after a short stop in International Falls, we made it through the border with no problems. So far, so good.
Discuss Trip: View Discussion Thread (5 messages)
Day 1 of 7
Friday, July 05, 2013

Entered into Beaverhouse, with plans to make it to Badwater. Because we had planned to do a basecamp, we were packing much heavier than I'm used to, so we had three packs plus a canoe pack. My dad's has some serious ongoing health issues, so we both wanted to make sure he'd be comfortable when we made camp.  And, with the help of Old Hoosier (I can't thank him enough), we were confident that the trip to Badwater would be doable.

No problems getting to Beaverhouse....except on the drive in, we were interrupted by some of these:  Thankfully, the wind was down, so the paddle to the first portage was no sweat. We saw four or five different groups either camped on Beaverhouse or exiting the lake, so we were worried that our destination would be busy, too. That was not to be, thankfully.

Portaged into Quetico Lake with no problems (except for losing my sunglasses...somewhere). Enjoyed the rapids for a bit and then got on our way.  Who knew there'd be a sand beach that could rival the Riviera on Quetico Lake?  Here's a pic of me enjoying it. 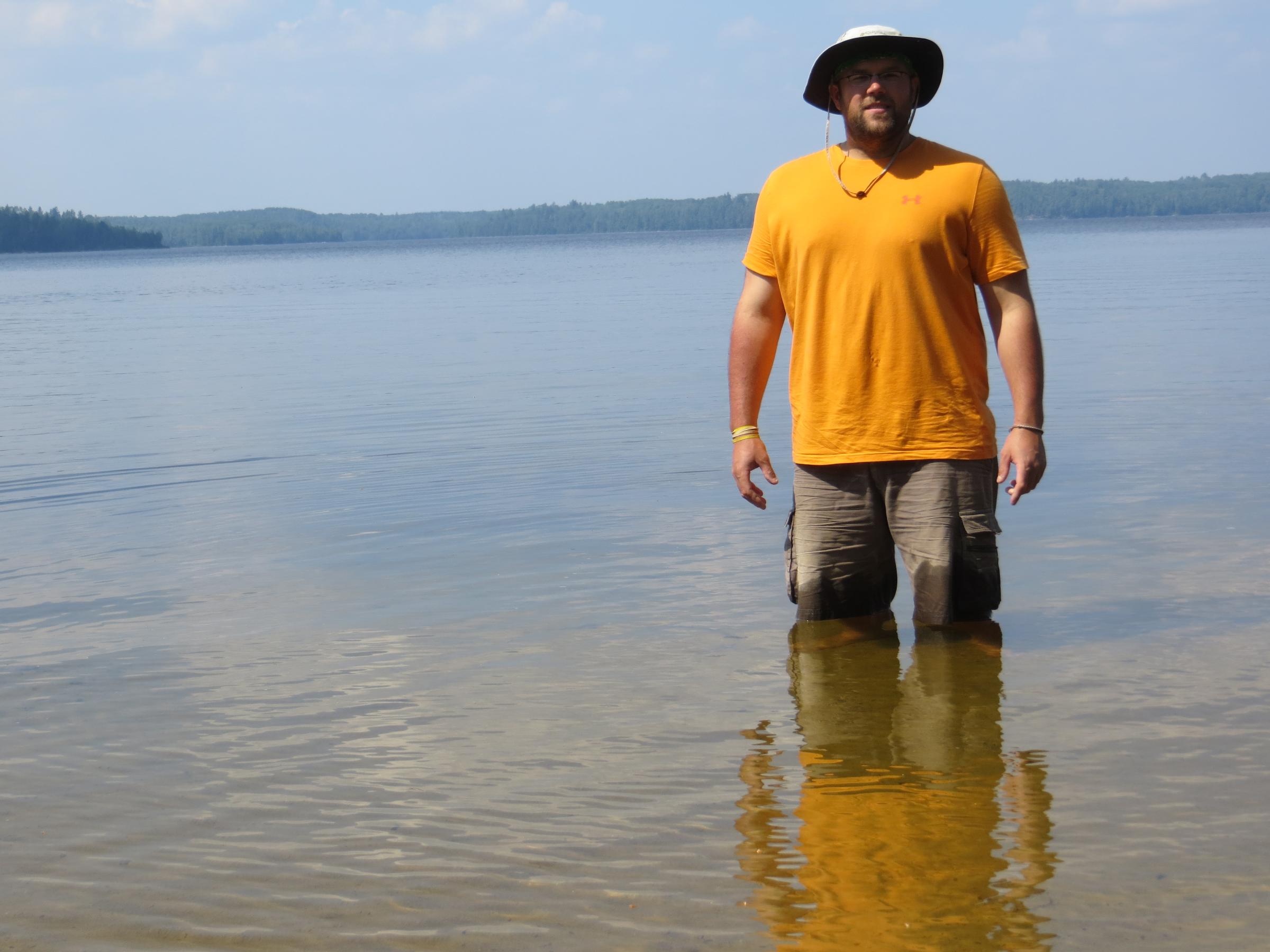 After a bite to eat, it was time to head to Badwater. The portage wasn't THAT bad...the logs over the bogs were a portage-saver. I carried the canoe and the light pack on the first trip over, and my dad did the best he could. We got over it in about two hours and set up on Badwater. 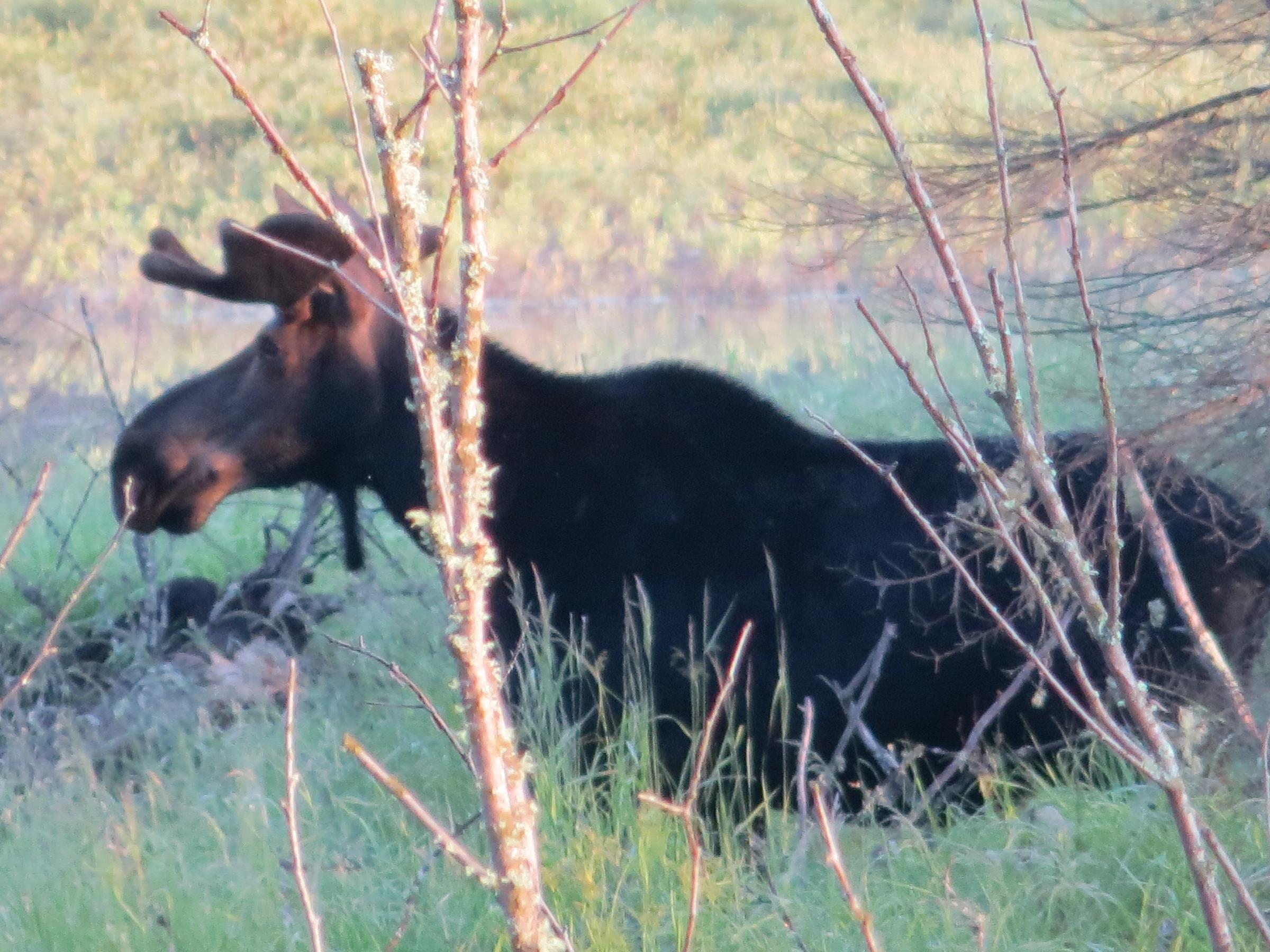