After a great night’s sleep, we woke up to a warm humid morning. We arrived for breakfast at 6:00 am to French toast and hot coffee and orange juice. There were a few other groups at breakfast that early a.m. and we all chatted about yesterday’s fishing … it seemed we all had a good day on the water. After breakfast Jody and I headed to our hot spots of yesterday. Again, the action started off quickly as Jody connected on a 5 pound Northern. A few minutes later, a 3 pound Bronze back was peeling off line on my reel. Between 7 am and 11 am we hauled in 30 assorted fish. A few Walleyes were included in the morning’s haul. The temperature rose to 80 degrees and the breeze was non existent. The fishing slowed in the next hour so we decided to head back for a quick lunch. After lunch, we decided to fish the east end of the lake. The area I wanted to concentrate on had some 100 to 130 foot deep water with some shallow structure close by. With the bright sun, and calm water I thought this will be a good choice. We began slow trolling an area that was 20 feet deep that had a steady drop down to 60 feet. This tactic proved successful as this spot began to yield another nice selection of fish! Again, it was a mixed bag of Walleye, Bass, and a few Northerns. As we trolled closer to a point of a nearby island my pole doubled over. As I threw down my paddle and set the hook I felt the familiar head shake of a nice sized Walleye. As the fish came into view, it appeared to be in the 30” class. A few minutes later I landed the beauty. A quick measurement put the fish at 28 ½ inches. Not the 30 incher I had hoped for, but still a nice fish!! A quick picture and back to the lake she went. We continued to fish this 14 to 20 foot rocky area and it coughed up 28 more fish for us before we headed back to the lodge for dinner at 6pm. After dinner we headed back to the hot spot we fished this afternoon. Fishing had slowed as we only managed a dozen before darkness set in. 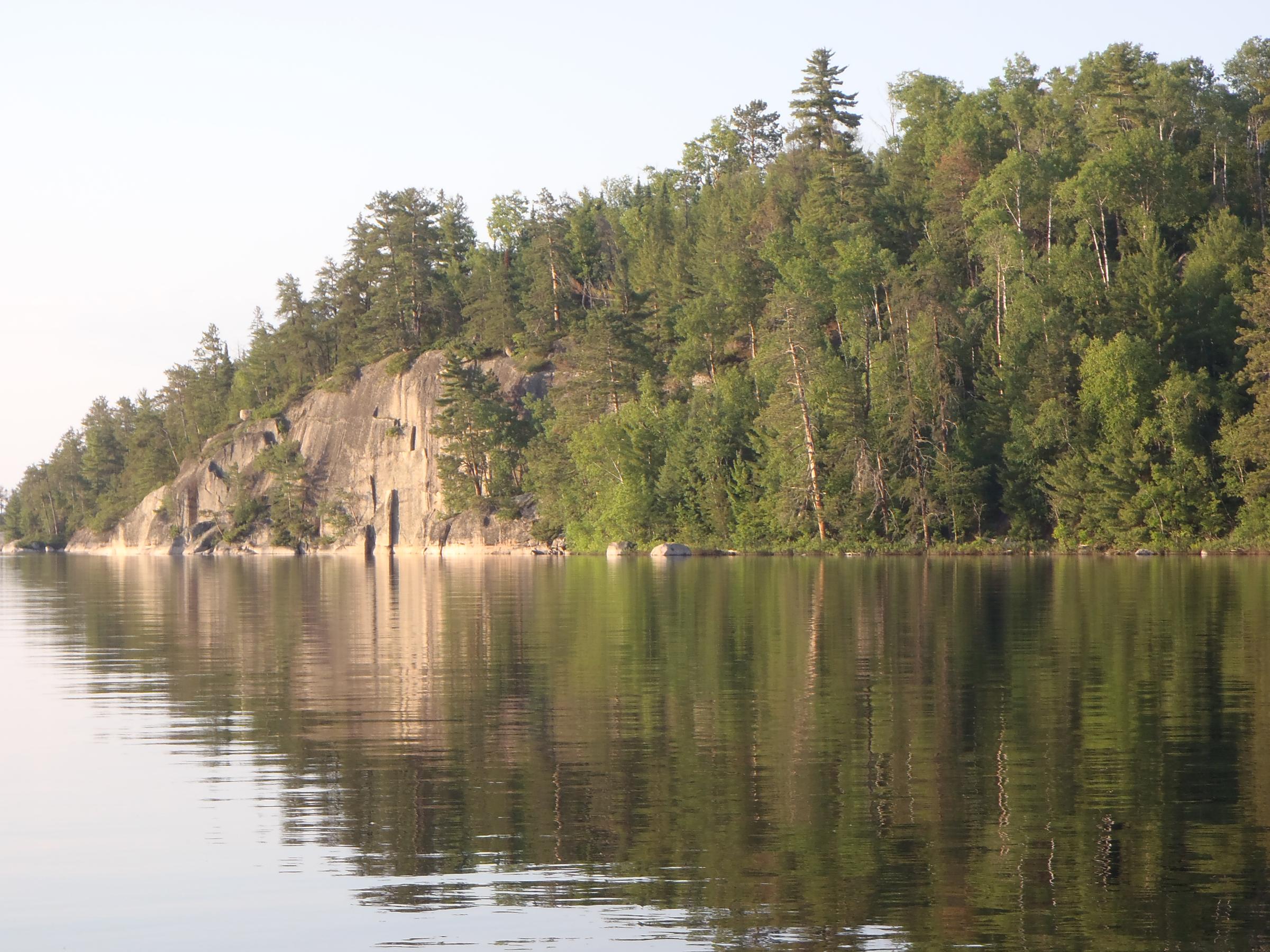 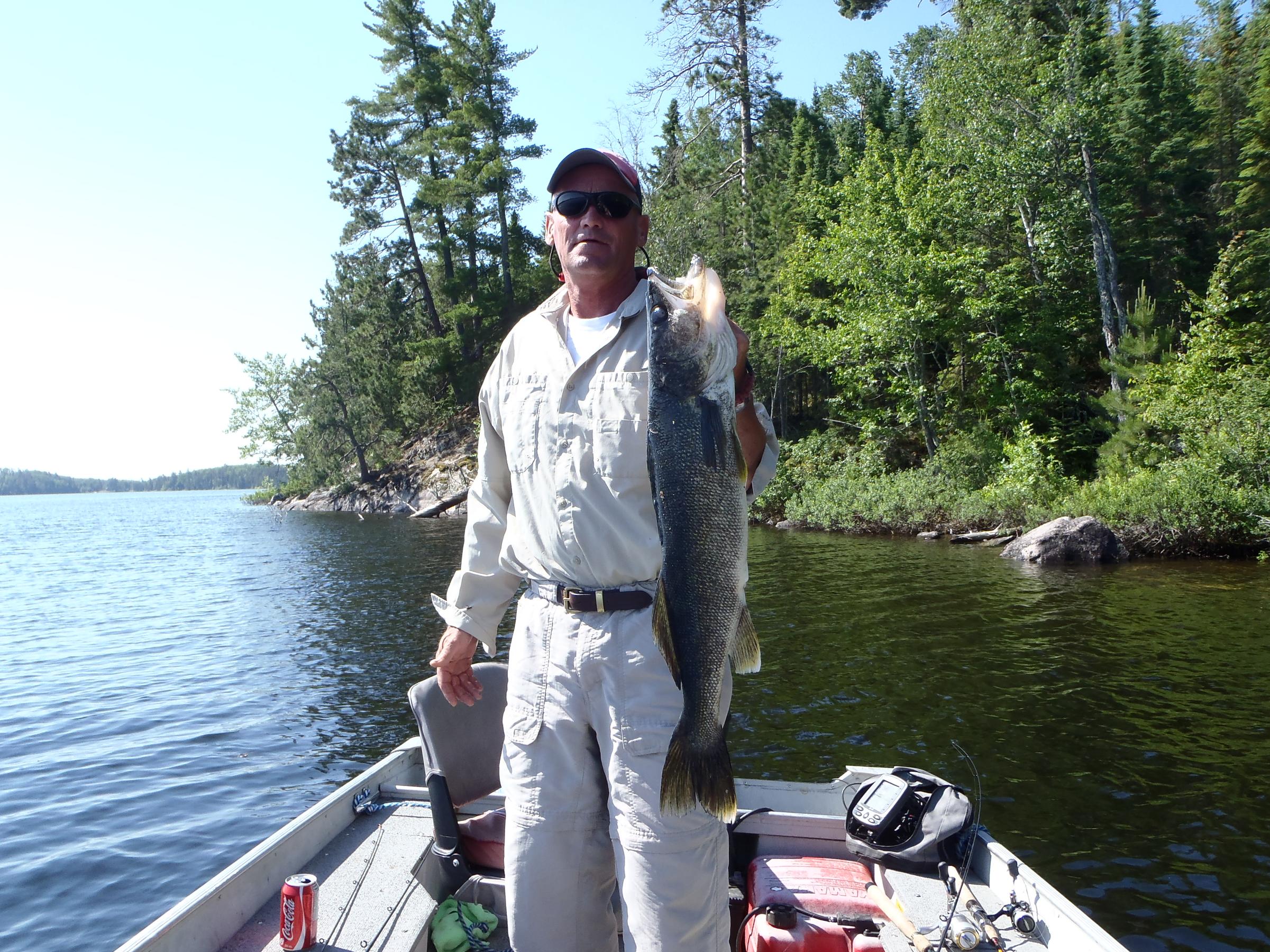 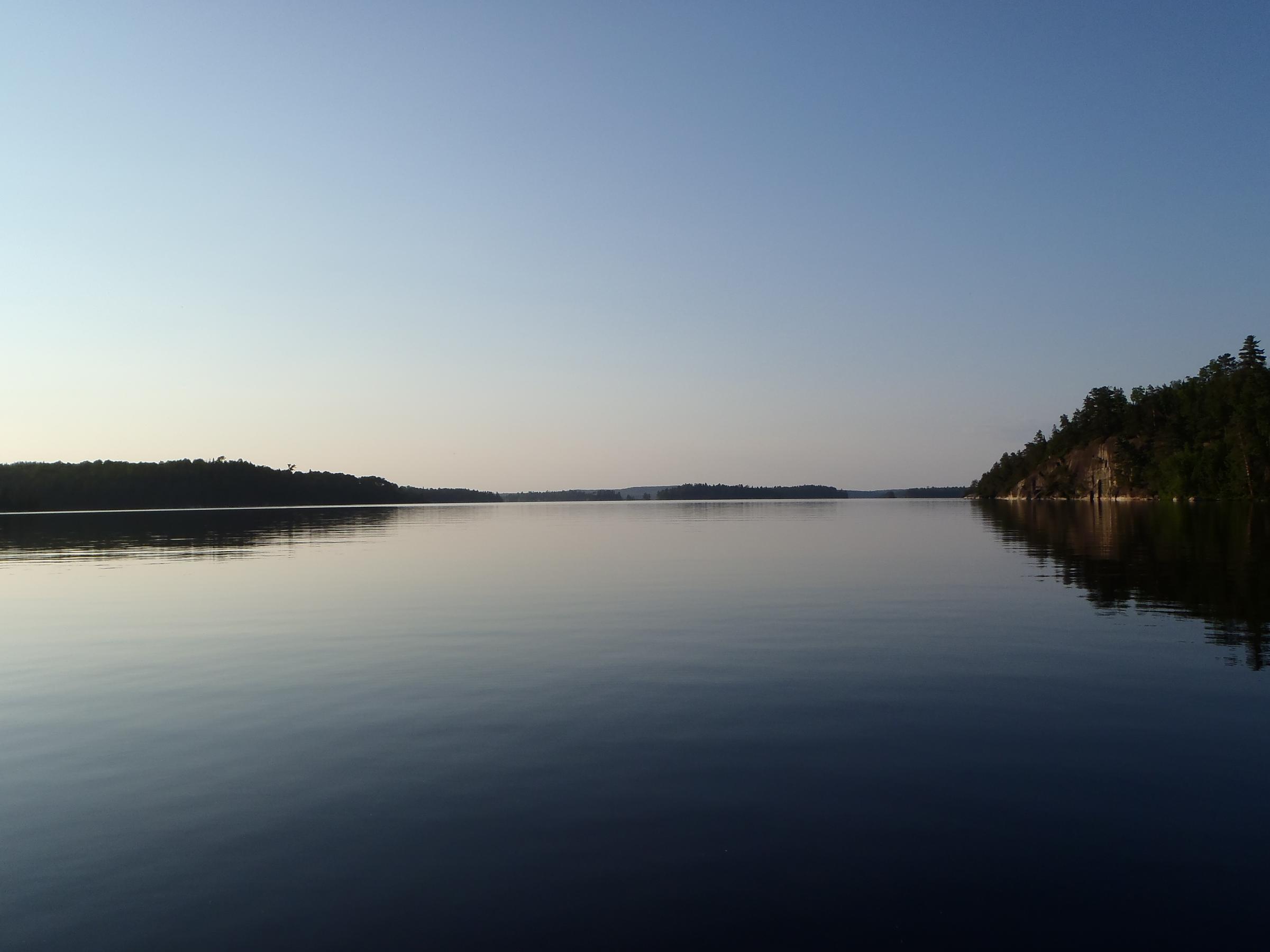