Trip Type: Paddling Canoe
Entry Date: 07/22/2013
Entry Point: Quetico
Exit Point: Moose Lake (EP 25)
Number of Days: 13
Group Size: 2
Trip Introduction:
This is a trip made by my son and I covering Hunter's Island Loop in Quetico.
Discuss Trip: View Discussion Thread (19 messages)
Part 1 of 14
Hunters Island Loop 2013 - The genesis of this trip started about seven years ago when Williams and Hall came to town, Cincinnati, and did a presentation on historic routes in Quetico and the Boundary Waters. My son was in 9/10 grade, and, as we left, we decided we would do the Hunters Island Loop someday. I was a high school Social Studies teacher and my son went on to major in history in college, so the historical aspect of the trip was especially appealing.

JJ(J) graduated from Centre College this year and is determining what the next step will be, so it was a good time to take our long anticipated trip. We tried to schedule it for as late in the summer as possible and still allow for the possible start of graduate school. The end of July seemed to fit the timing the best, so we scheduled our trip from July 22 – August 3. Once our timing was determined we began to study how this trip would be different from previous trips. As we would be moving nearly every day, rather than base camping, we decided to use hammocks instead of a tent. The only other new equipment was to get sil tarps from CCS to save a bit of weight. J’s sister gave him a Trangia stove as a graduation gift so we took that along with my Whisperlite stove. Using two stoves was nice. I started setting out the equipment before he graduated in June; I was a bit excited about the trip.

During the week before we left, we consolidated our equipment and went camp food shopping. The only item we had difficulty finding was strike anywhere kitchen matches, we never did find any and Zups was sold out when we got to Ely. On the morning of July 20 we put our Bell Seliga Tripper on the car, kissed Susan goodbye, and set off for the north woods. As we drove out of Cincinnati and saw people staring at our car with a canoe hat, I could not keep from saying, “that’s right, we have a canoe on our car.” We spent the night in Spooner, WI in order to get up and have breakfast at the Prime Bar in Trego, WI. By that time the novelty of having a canoe hat had worn off and fellow adventurers had joined our migration. On pulling into Duluth, I decided to head up the scenic North Shore drive to Rt 1. J had never done this so it was new for him and it had been awhile for me. We pulled into Ely and had our traditional Walleye sandwich at the Moose, bought a few last minute items from Piragis (including a Buff for J), hit Zups for a couple of food items and headed to Williams and Hall.

Dave Sebesta, of Williams and Hall, walked us through the 10 maps, showing us the classic route as well as some variations. He also noted any “be careful” areas and fishing spots. He gave us a page sowing a bit more detail for the Falls chain, which we forgot to take with us, duh. We chatted a bit and then went to our car and removed our canoe and put the finishing touches on our packs. This was the first time I did not take the packs to our room and repack them. I did a better job of going through the packs before I left home which made it a great deal easier when we hit the outfitter. After a fine supper, we lounged about. Watching the excited Boy Scouts, who were going out the next day, was fun. We were up early for breakfast and our tow to Prairie Portage. 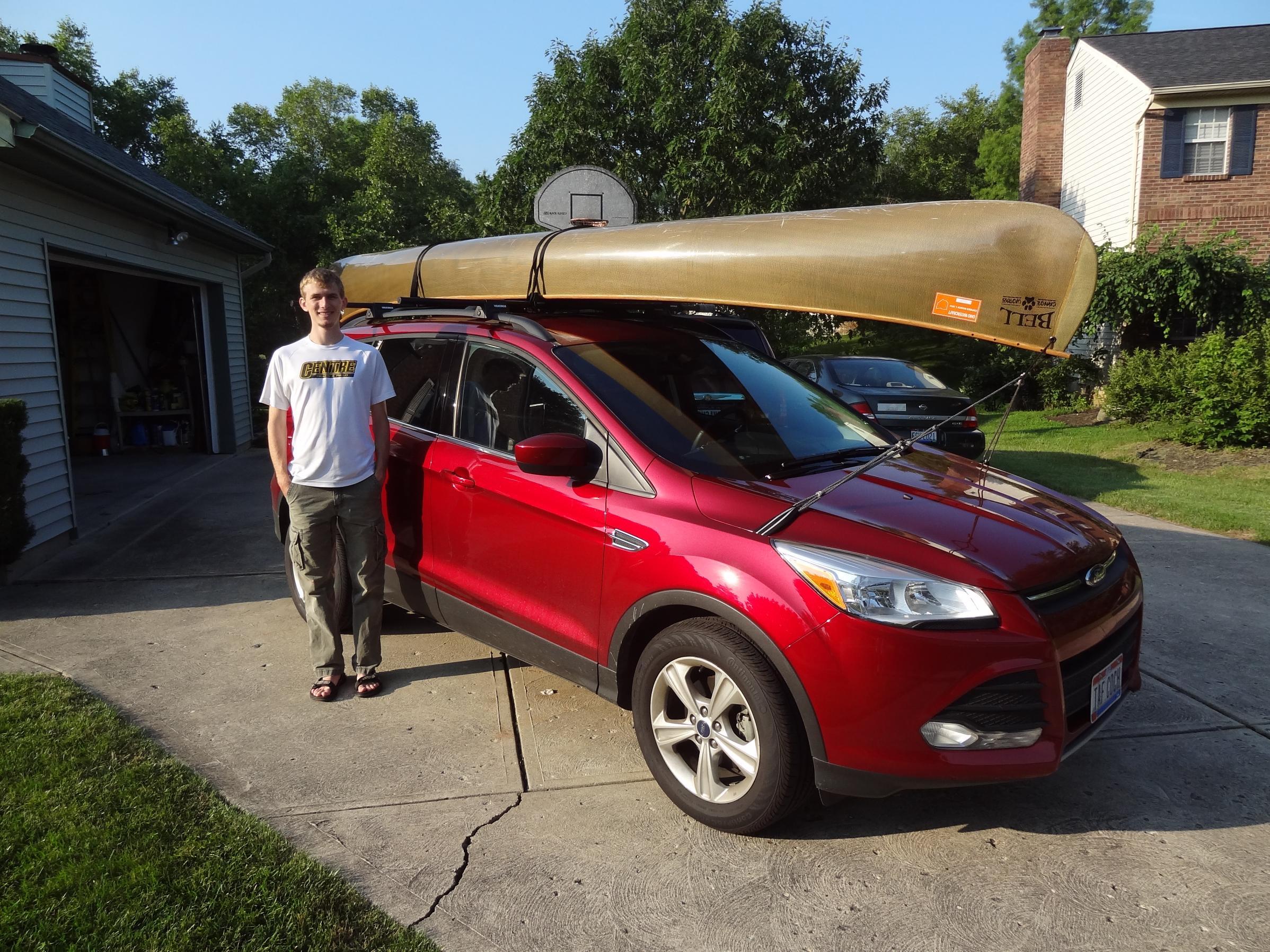 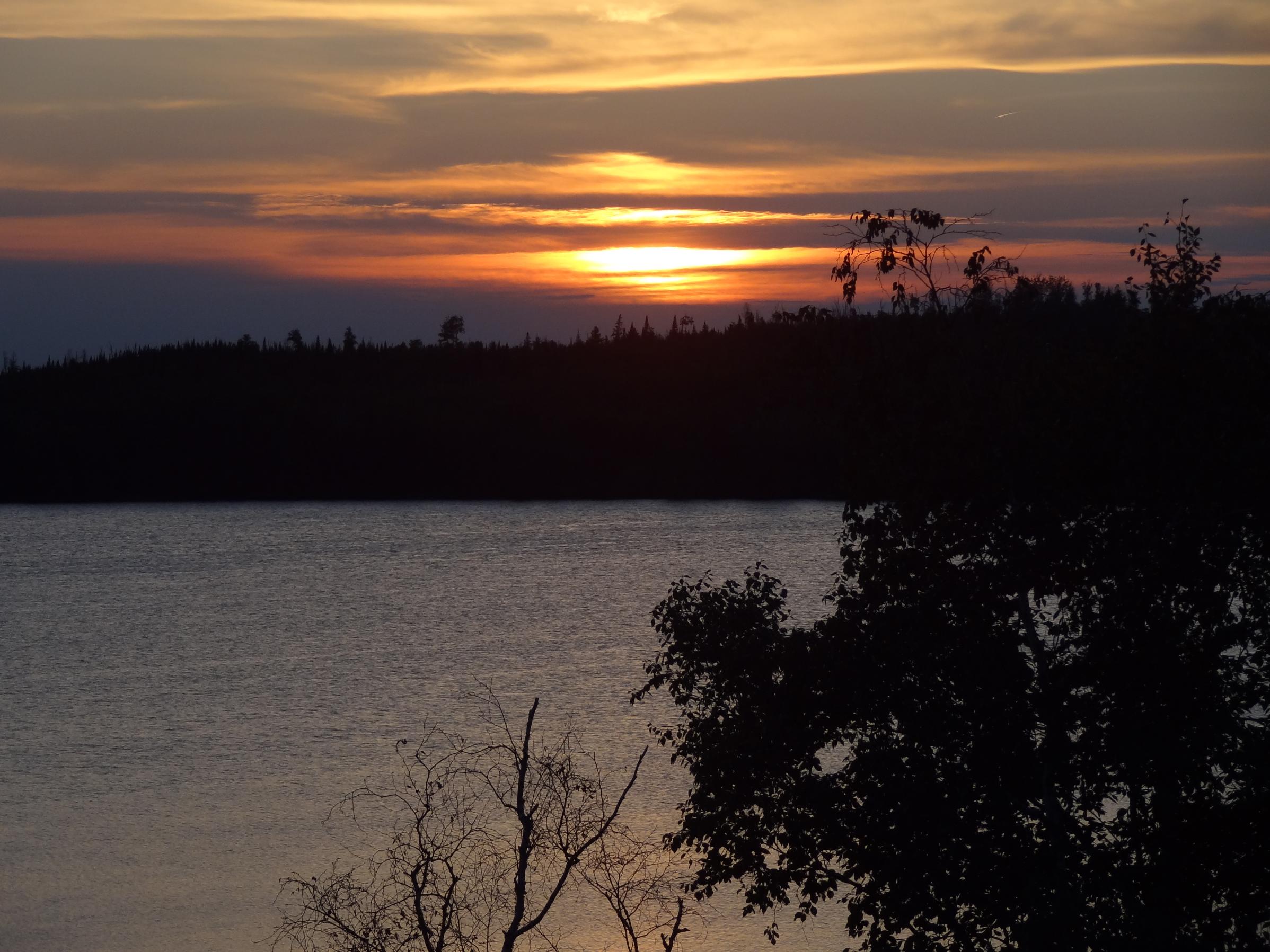