Prelude: I had only been to Quetico once and that was 7 years ago. I was very excited to return this time with my husband who had never been. We have been on many canoe trips together but never in Quetico. Friends of mine from southern Ontario wanted to go on a trip with us, I suggested Quetico. They were ecstatic as they too had never been and had always wanted to paddle Quetico. Not having paddled together it was difficult for me to decide on a route. I had told our friends we would be doing approximately 20 km per day as they wanted a leisure trip, and so it began…..

Derek and I left home at 6 am as we had a 3 ½ hour drive to Atikokan where we would be meeting Dee and James. They had stayed at Dawson Camp ground the night previous after having driven 2 days to get there. Derek and I arrived in Atikokan and had a difficult time finding the Service Canada building in which to pick up our permit, already off to a bad start, lol. We met Dee and James at Canoe Canada Outfitters, hugs all round. They took a shuttle to Lerome Lake and we met them there. As our permit did not start until the next day we decided to camp in Bewag Lake for the evening, near the perimeter of the park. We found a beautiful spot close to our next portage in the morning. It was a great first night as I had not seen Dee and James for a couple of years, we caught up in no time over a couple of liters of wine. 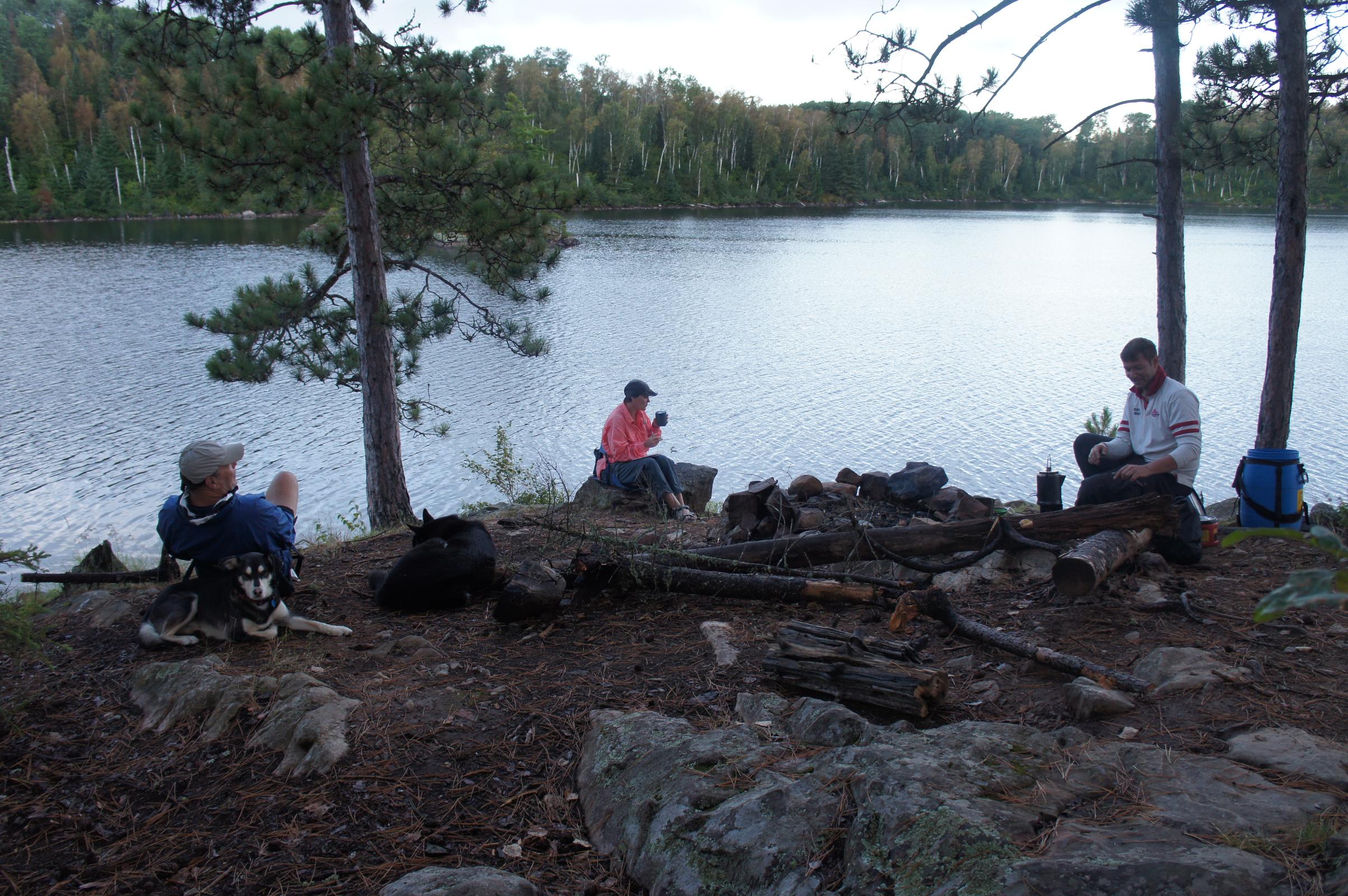