Got up at 03:00 and left St. Cloud by 04:00. Dad did the uneventful drive and we stopped in Cloquet for some sausage, egg, cheese, and bacon biscuits. Made it to the Kawishiwi Ranger Station at 08:30 and then did the long portage to Wood Lake (EP 26).

Dad and Royce had been this way before so finding portages to Hula and into Good was no problem. Did miss having water though that first day because our water filter system is a gravity fed sawyer filter and bag which we hang up upon getting to camp. So we didn't have water for the paddle to Good. We also figured out our preferred portaging plan. We typically "double portage" which is really triple portaging, but we had packed lightly enough that only one person would need to go back for more so at each portage Royce would carry the canoe across, Dad would carry his frame pack and i took the small gear pack. I'd take this to the halfway point and drop it then go back for the food pack. I would get back to where I dropped the first load and Royce would be there picking it up. This way it only takes as long as 2 times across vs. 3.

So here's where things began to go awry. on the portage into Good Lake we realized that the lid for one of the nalgeen bottles was missing so we decided Dad and Royce could go see if the other site on Good Lake was open (the site at the north end of Good Lake was occupied). I went back and looked at the two spots the bag had been set down but found no lid. Royce then came up looking for me because it had started raining. We got to camp and set up the rain fly quick and waited out the rain. Once it quit we set up camp. This was at the campsite in the middle of the lake where it narrows which was fantastic since that's where we ended up catching fish.

We went out fishing and Royce caught his best fish ever a 34" 11lb Northern. Dad used the net from the middle seat after the fish dove a few times. The Heddon Lucky 13 only got one hit this trip, a pike on my 3rd cast that jumped clear out of the water after it like "Air Jaws" from Sharkweek.

Oh yeah and I forgot to mention, while we were paddling from the portage to camp on Good Lake, in the rush to get going I left my sunglasses clipped to my T Shirt and they fell in the damn water. Later in the day we suffered 3 more mishaps. My watch died, Dad's carabiner watch died and my reel started making horrid, ominous noises. Luckily there we had a spare reel along.

We had a dinner of velveeta cheese shells and hamburger which Royce tried to serve to me without the cheese, Dad and I went back out. I caught a few northerns on my red and white dressed Mepps No.5. All were released, only one was of decent size. We went to bed, it was a plenty long day and I wasn't happy about dropping ANOTHER hundred bucks into a lake but the fishing was good when we were able to get out on the water. 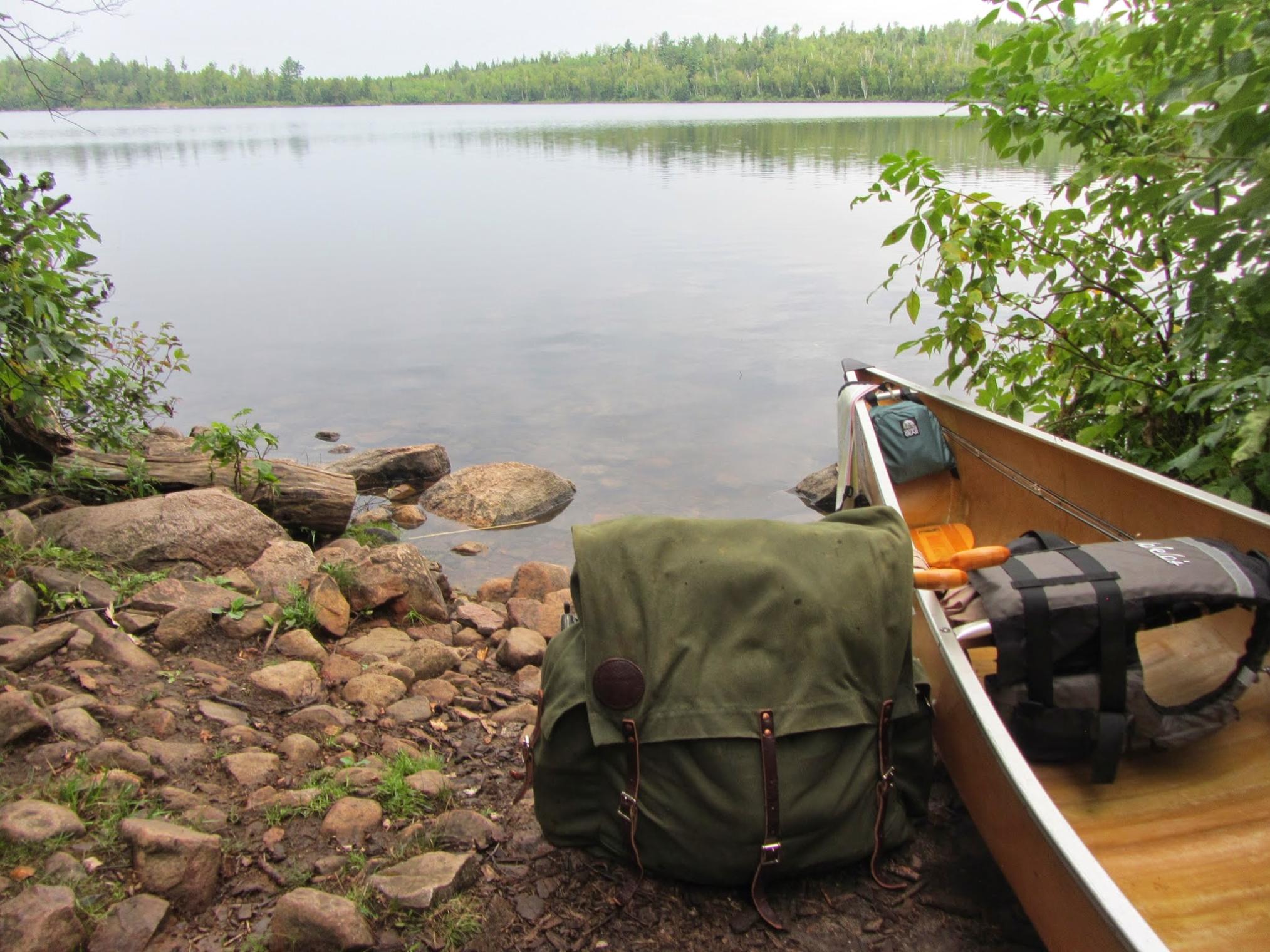 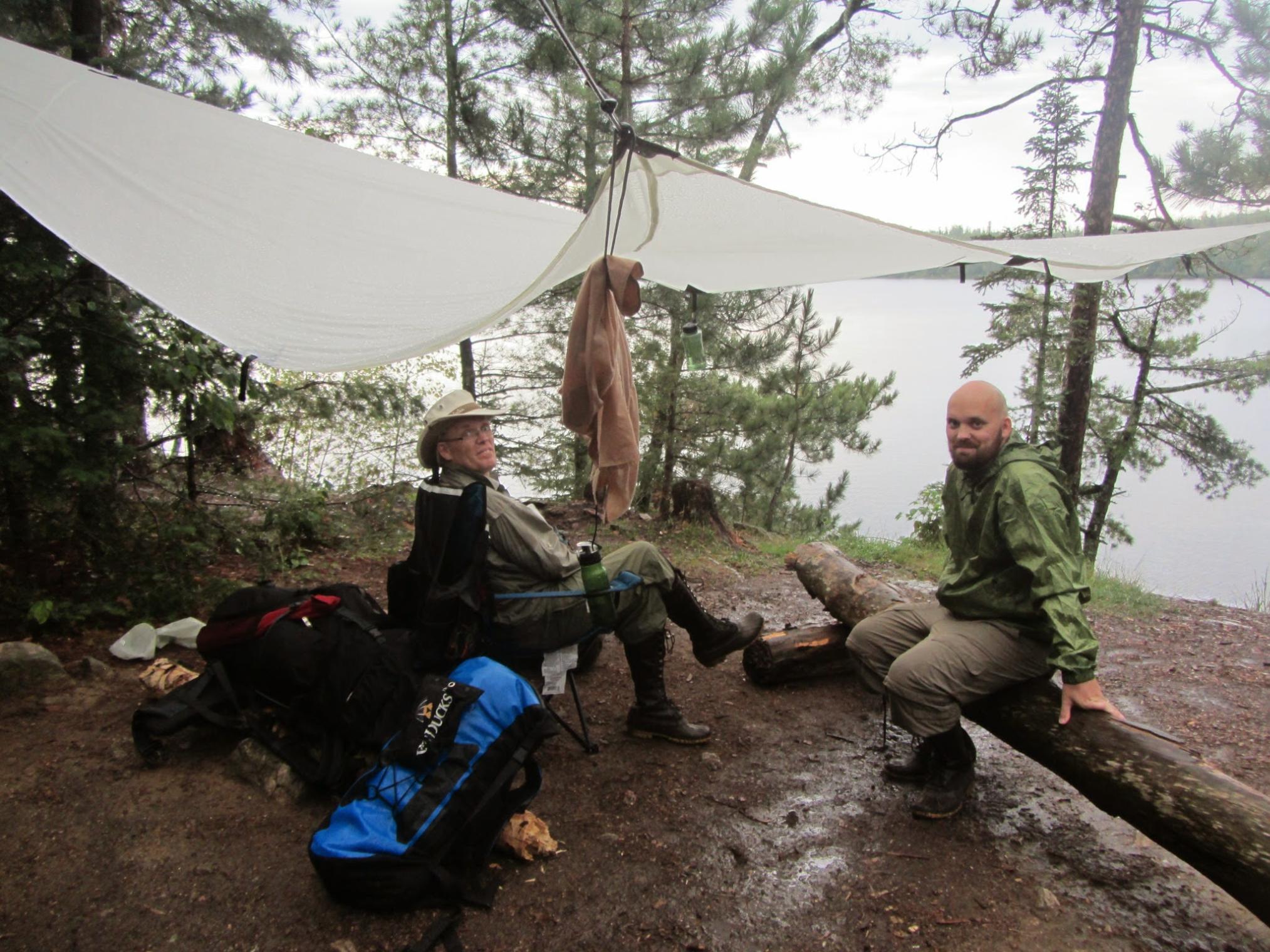 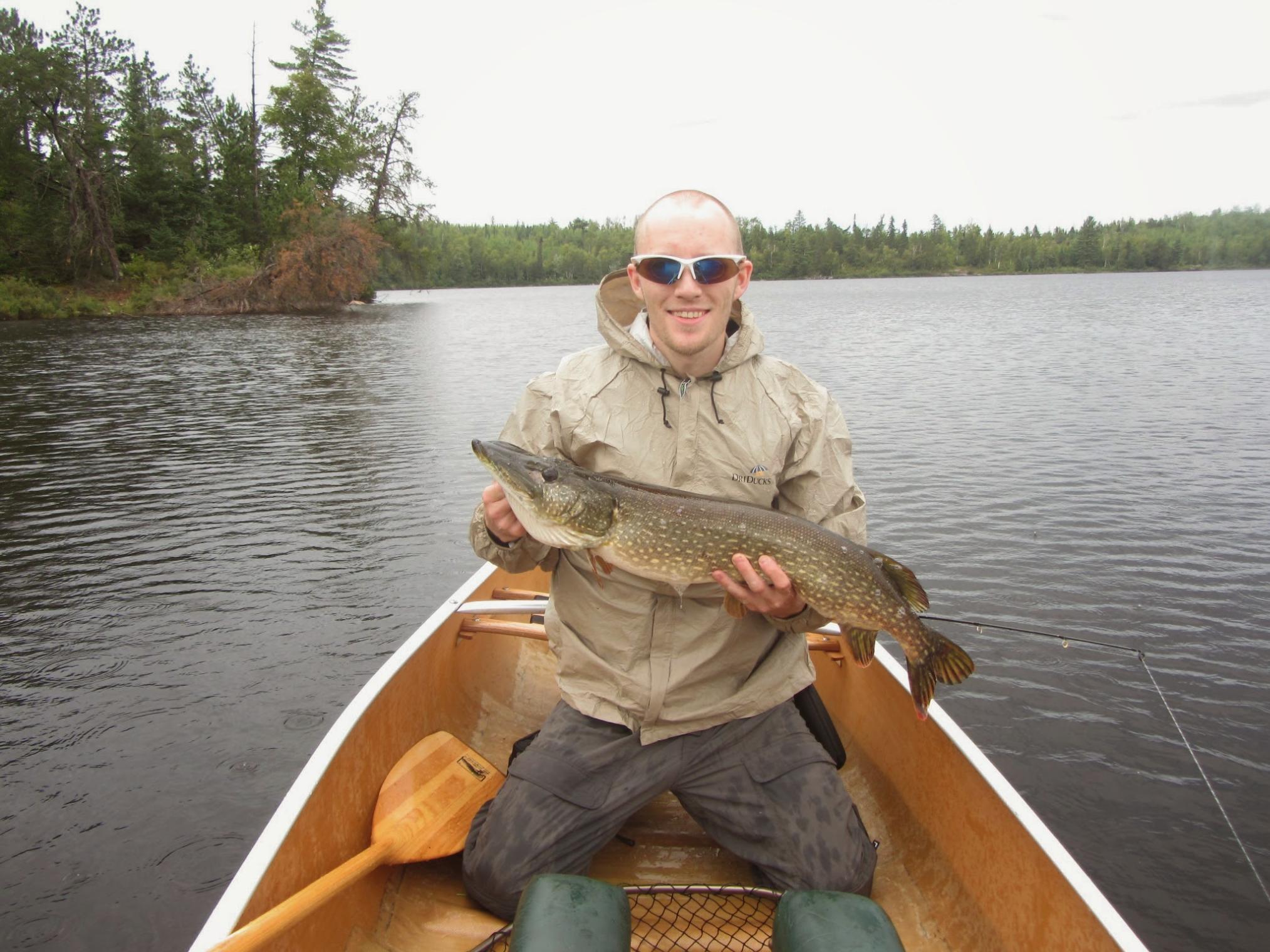