Trip Type: Paddling Canoe
Entry Date: 07/24/2014
Entry & Exit Point: Kawishiwi Lake (EP 37)
Number of Days: 6
Group Size: 1
Trip Introduction:
This was only my third solo canoe trip. While my wife and daughters were taking a ladies trip to Disney with Grandma, Aunt and cousin, I headed to the BWCA. My daughters had given me a Disney Tsum Tsum Little Goofy “LG” to “keep me company” while they were off having fun. We (LG and I) headed up to the Kawishiwi campground and entry point on Wednesday. Both groups thinking they got the better end of the deal.
Discuss Trip: View Discussion Thread (4 messages)
Day 1 of 6
Thursday, July 24, 2014 Thursday: Lakes and Portages Kawishiwi, Square, 20, 11, Kawasachong, 189, Townline, 95, Polly, 24, 48, 129, Koma, 24, Malberg (Est 11 Miles) Departed at 6:15 arrived at camp at 3:00 (8 ½ hrs)

Conditions are clear (above), calm and foggy as the trip begins on Kawishiwi Lake. Being able to practically launch from the campsite makes an early morning departure very easy. I will look for this kind of launch set up in the future. The paddle through Kawishiwi Lake and river is beautiful and peaceful. Arrived at Square Lake noting the fire damage covering at least 75% of the lake. There was one group on the eastern camp site, I stopped to check out the western camp site. Very grown over and un-used. I tried to find the NW portage into Baskatong Lake without success. The burned area made it difficult to find the portage trail. River areas were not overly burned, but the lakes of Square, Kawasachong, Townline were all 75% burned over. The very southern tip of Polly was also burned, but rest of trip was green. I think this is increasing the campsite pressure on Polly (See notes for Tuesday) as well as Koma and Malberg. There were available campsites on Malberg, but I was probably too picky. I passed up a site I could see on the east side of the lake because it looked like it was getting a lot of sun. Some really nice sights were taken. I couldn’t find one of the sites on NE end of the lake. Ended up taking the SW corner of the West Arm of the lake because I saw a group approaching from the north and was getting nervous I wouldn’t find a site. The site was very “shrubby because of blowdown. I ended up hanging the hammock back in the woods and bush wacking in and out. 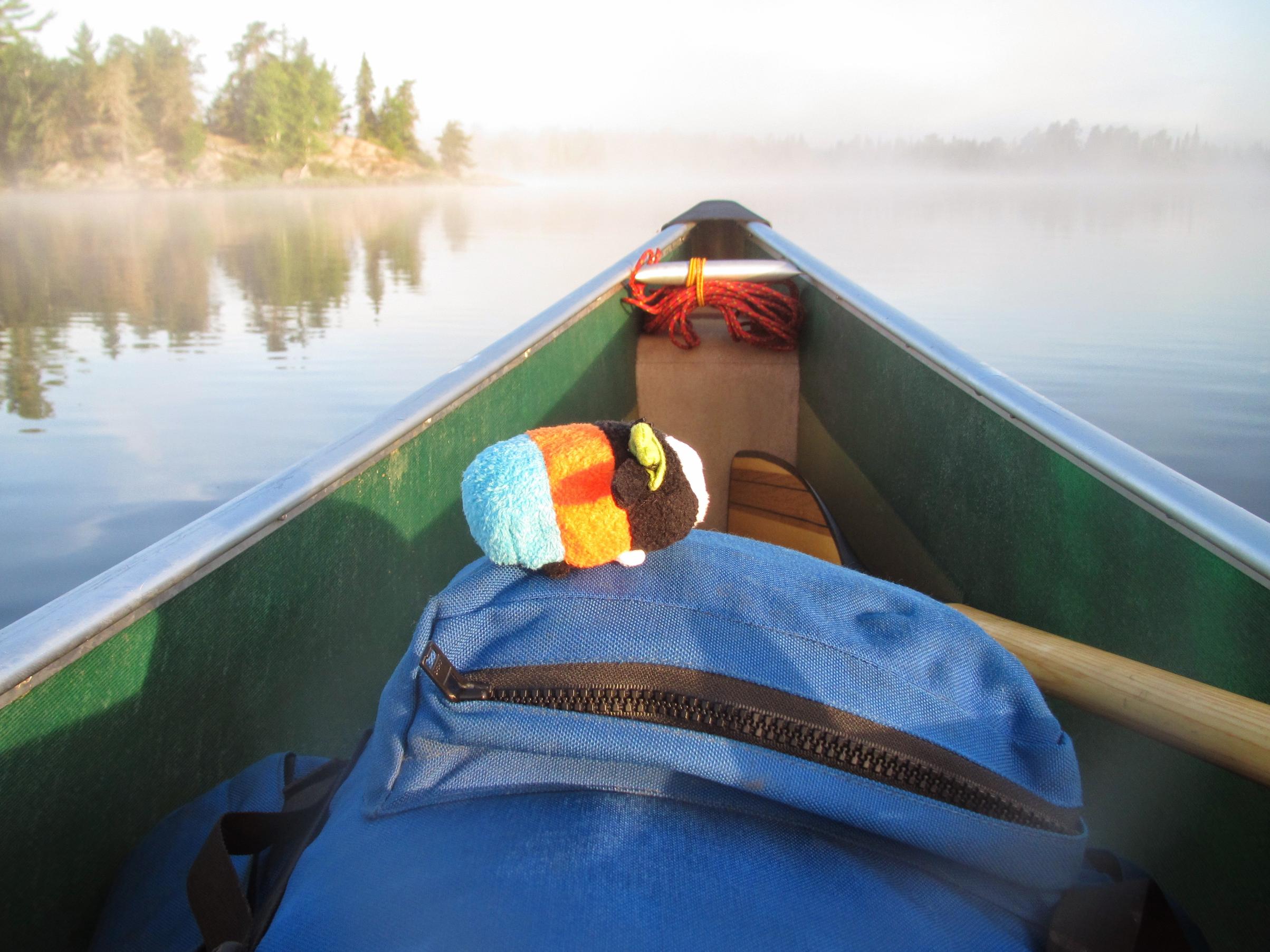 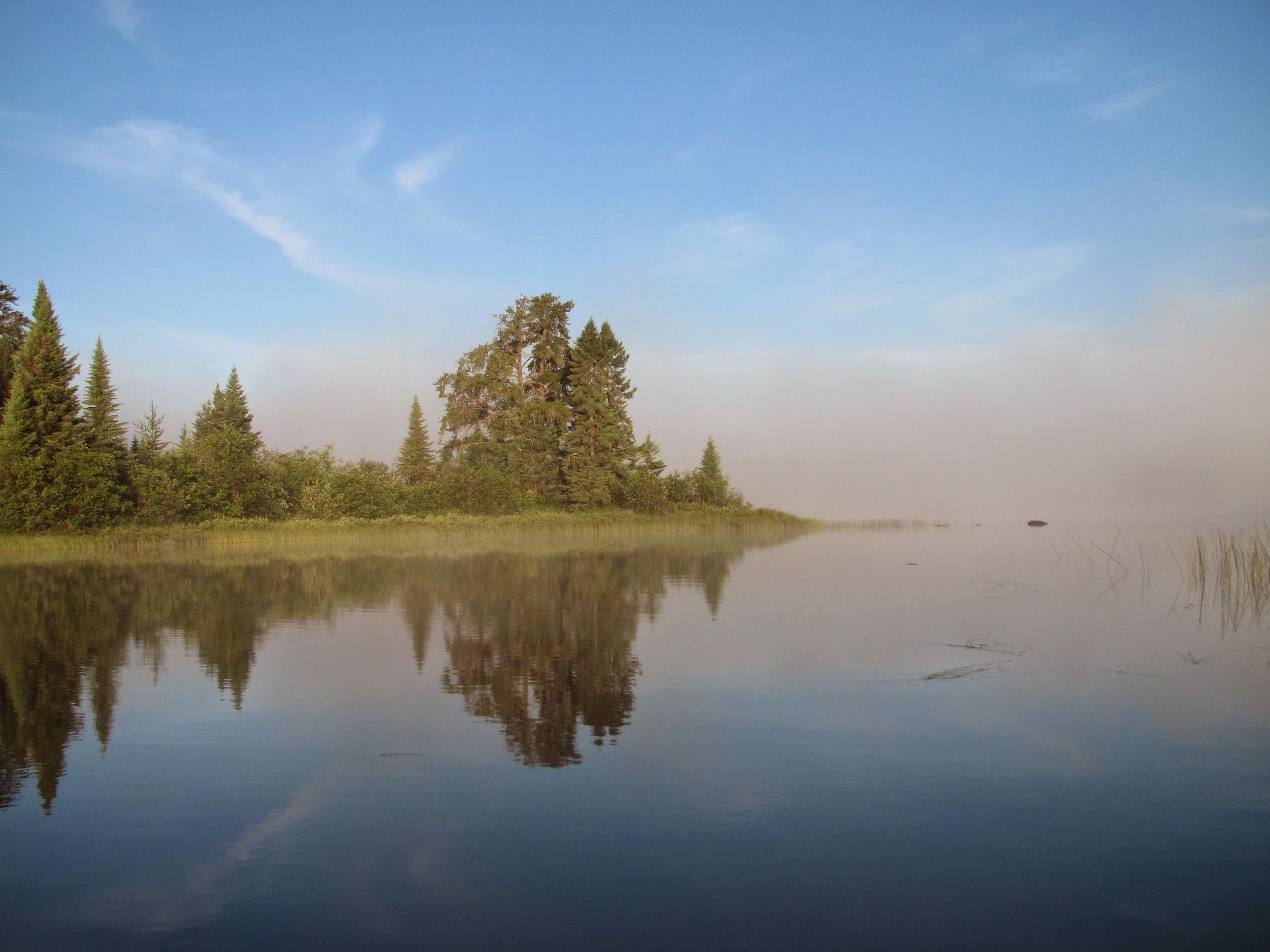