(Note: This includes some time before July 15)

This Boundary Waters Trip first started in my mind when I was about age 12 reading Sam Campbell books and the desire was sparked to undertake a long wilderness canoe trip into the North Country. Years went by and in 2015 at age 37, I finally was able to take my first canoe trip into the Lake region of northern Minnesota. This trip was originally going to happen in 2014 but one month before the trip I shattered my left leg bone at the ankle which required surgery and internal hardware, and obviously killed my dreams for a canoe trip that year. That trip was going to include my wife and our three children, my wife's sister and her two children, and my father-in-law. The kids were visibly upset about missing out on the canoe trip due to my broken leg but one good thing about the one year delay is that it helped spread out the expense of equipment purchases for the trip. This year I invited the same people that missed out on a 2014 trip and they were all able to make it. Our group of nine was myself, my wife, my daughter age 10, my twin boys age 9, My father-in-law, my sister-in-law, and her two kids age 12, and 7. 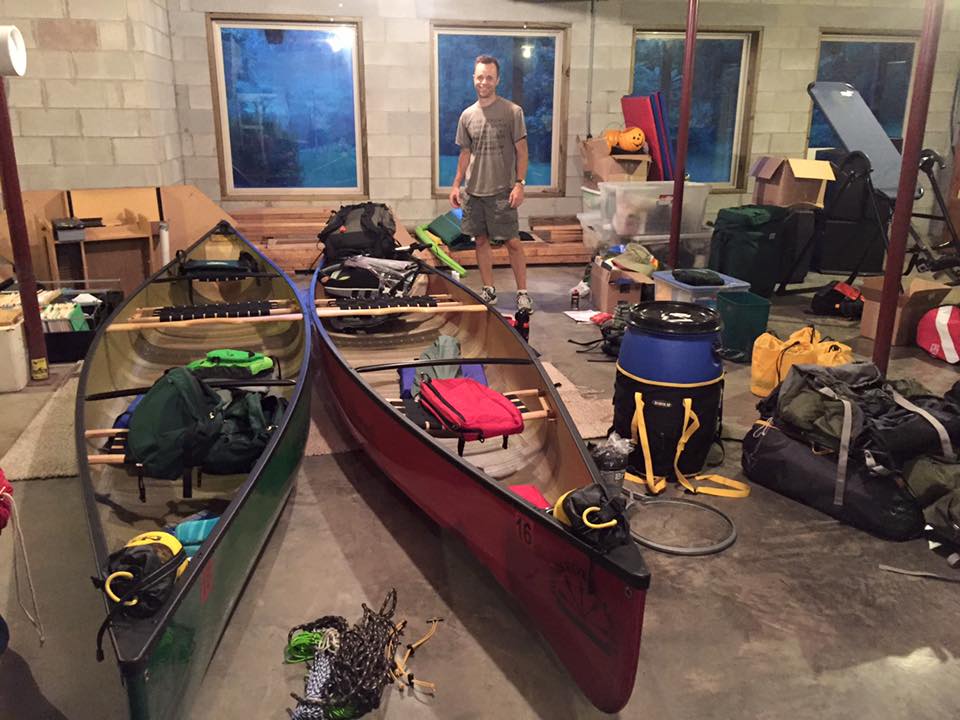 Prior to this trip I was able to obtain with the help of my father, two Souris River Quetico 18.5 canoes which I had decided was the canoe of choice for me. Not only did I want a couple canoes for paddling local lakes and rivers near my home in West Virginia but I wanted a canoe that would work for an extended wilderness trip. Other equipment purchases were: 60L barrel for food along with a carrying pack for it from North 49, two 30L barrels for food along with a Red Rock super pack for carrying them, Battle Lake Grand Portage Pack, four Battle Lake under seat canoe bags, three Cooke Custom Sewing Bushcrafter Rucksacks for my three kids, four canoe seats/backrests from Spring Creek outfitters, a Boundary Waters Journal cast aluminum frying pan, two Boundary Waters Journal anchor bags, two Mitchell 7 degree bent paddles, two straight Bending Branches Espresso paddles, two 14 degree bent shaft Bending Branches Espresso paddles, three Bending Branches twig kids paddles, five Sea to Summit eVent waterproof compression bags for sleeping bags, Open Country 10 quart covered kettle, a whole bunch of Bungee Dealee Bobs, head nets, Thermacell, Permathrin, and various clothing and other items. Everyone in our group has extensive backpacking experience but most of that is for short trips lasting four days or less.

In February 2015 I obtained an entry permit for #25 out of Moose Lake for July 15 entry. Then in the spring we made the decision to buy a different house. We finally closed on the house on June 29 and on July 6, the sellers moved out of the house we just purchased. Changing the date of the canoe trip was not an option for us with our schedule and so we decided to move before the canoe trip. We got enough stuff moved to the new house to live there about the time my sister-in-law and father-in-law arrived from North Carolina on Monday July 13 late in the day. We were planning to leave very early the morning of July 14 and arrive somewhere around Duluth in the early evening grab a hotel, and then get an early start on our entry date and be on the water before noon. Well we had been so busy with the moving that all the packing pretty much happened the night before we were set to leave and we got to sleep about 2am after we were about as functional as a five wheeled unicycle. We were still trying to dry Permathrin soaked clothing the night before leaving as well as packing food packs and deciding what to take. In addition to our family's mad rush to pack, my father-in-law's back was in severe pain as he has back problems and had just returned from a long mission trip building project in Ecuador. In the morning of the 14th not one of us could get up early and it was 11am before we finally started driving leaving Parkersburg, West Virginia. 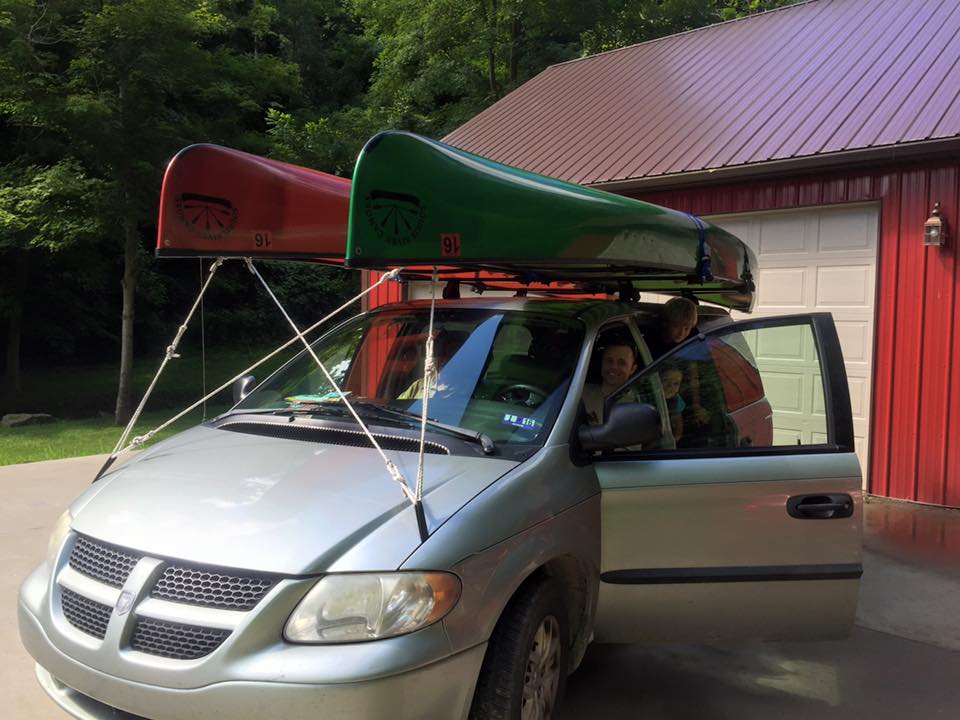 At about 2am on July 15 we finally stopped driving in Eau Claire Wisonsin at Antler Inn and slept. I woke up about 7am and started waking the others. In our haste to pack I put all of our clothing in the packs that were for the canoe trip, forgetting we need to wear something on our entry date. So I had to pull all the packs out, dig through the clothing, and then repack. My father-in-law's back was even worse and so we found a chiropractor in town that could see him that morning. It was late morning before we were finally driving, and we arrived in Ely, MN at the Kawishiwi Ranger Station at 4:00pm, 30 minutes before closing. We were utterly exhausted and decided to grab a hotel for the night and start paddling the 16th instead of the 15th. However I forgot about the cancellation deadline for the entry permit and when told it would cost us $104 to switch days, we decided to just enter in the 15th as originally planned and hope to find a campsite. There were permits open for the same entry point for both days and I thought it a bit nutty to have to pay again when no one needed the permit I reserved to begin with. The Ranger compared it to booking an airline flight and I did not argue with him. The Ranger warned us that water temperatures were in the mid-50's as the skies had been cloudy and the sun had not been warming the water up. That worried me some as hypothermia dangers were one reason I planned a July trip. 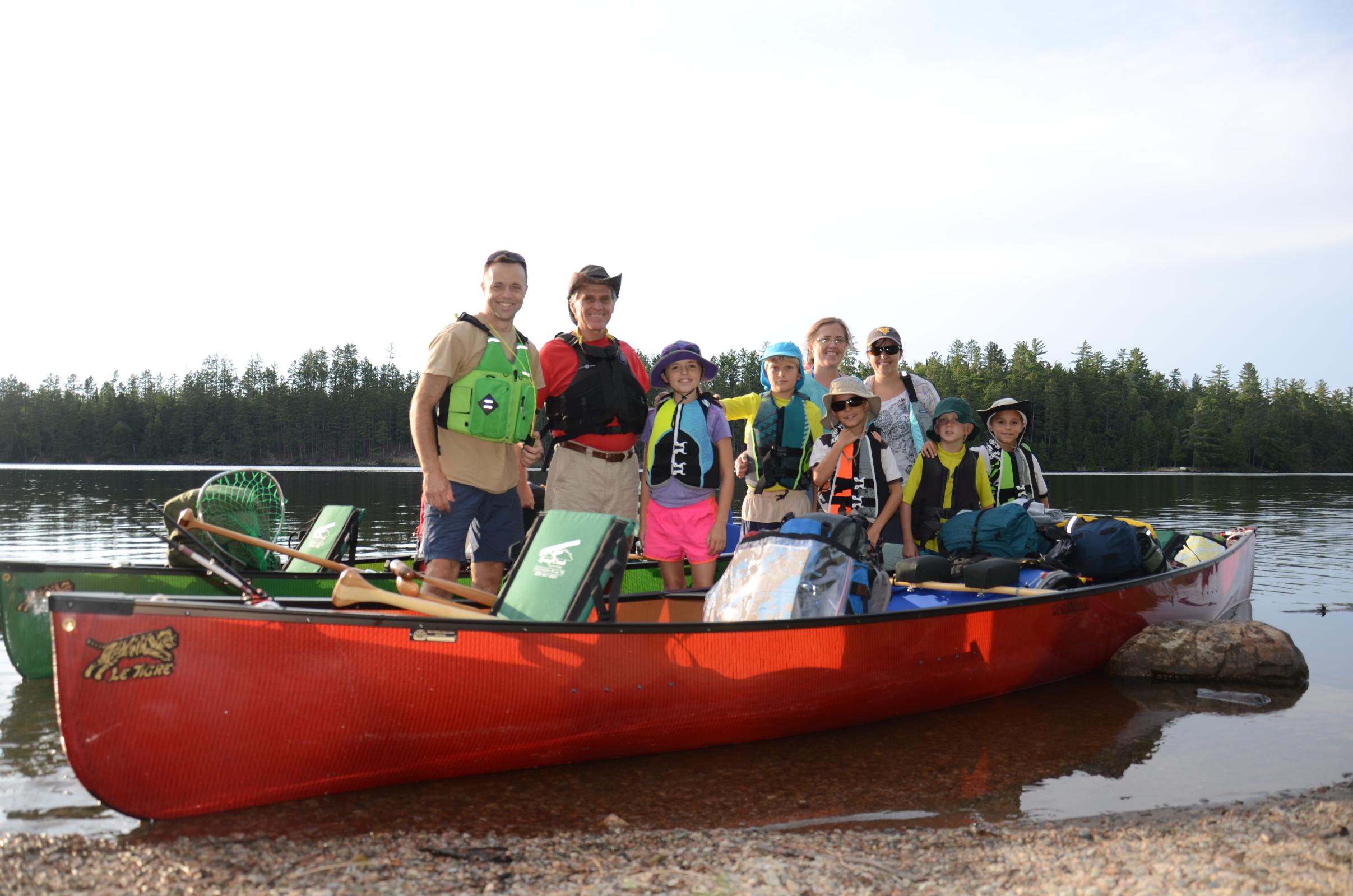 We found the public launch at Moose Lake with no trouble and began unloading gear and figuring out how to pack the canoes. I had planned on making sure all the stuff would fit properly before the trip but never got the chance with the move and our busy calendar. It was 7:38pm before the canoes were all packed and we began paddling. I recall numerous advice on the BWCA forums advising finding a campsite by 2pm and knowing how busy Moose Lake is, I was worried about campsite availability. We paddled along the eastern shoreline of Moose and discovered that all three of the first eastern campsites were open and so having our pick, decided upon #1306 tucked back in a small bay. We went to work pitching tents, building a fire, and other camp duties. We also quickly learned that the Ranger advice on water temperature was completely wrong as the water felt like it was in the high 70's. All too soon the Mosquitoes began their kamikaze attacks upon us and long pants and shirts were quickly donned to ward off the hungry foes of all mankind. It was dark before everything was done for the evening and supper was picked up. Sleep was very welcome as at least the adults were exhausted. Not the best way to start a trip. 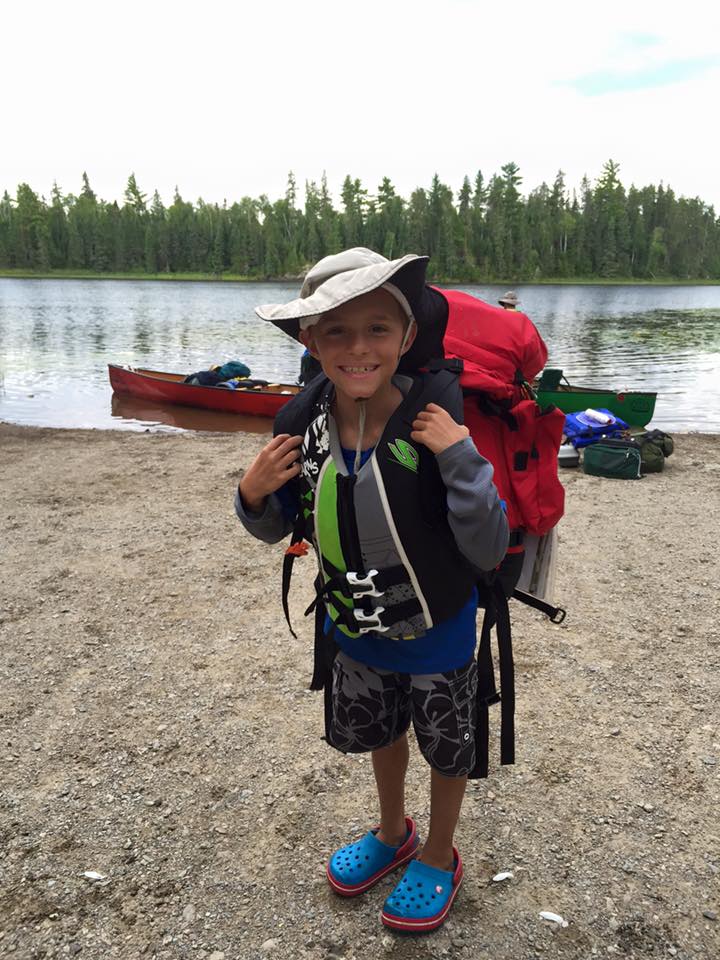