Trip Type: Paddling Canoe
Entry Date: 07/25/2017
Entry Point: Fall Lake (EP 24)
Exit Point: Mudro Lake (EP 23)
Number of Days: 5
Group Size: 2
Discuss Trip: View Discussion Thread (10 messages)
Day 2 of 5
Wednesday, July 26, 2017 We were both up early since we went to bed early. It was a gorgeous morning and the water was like glass. After breakfast I got one of my favorite pictures from all of my trips up here to date. 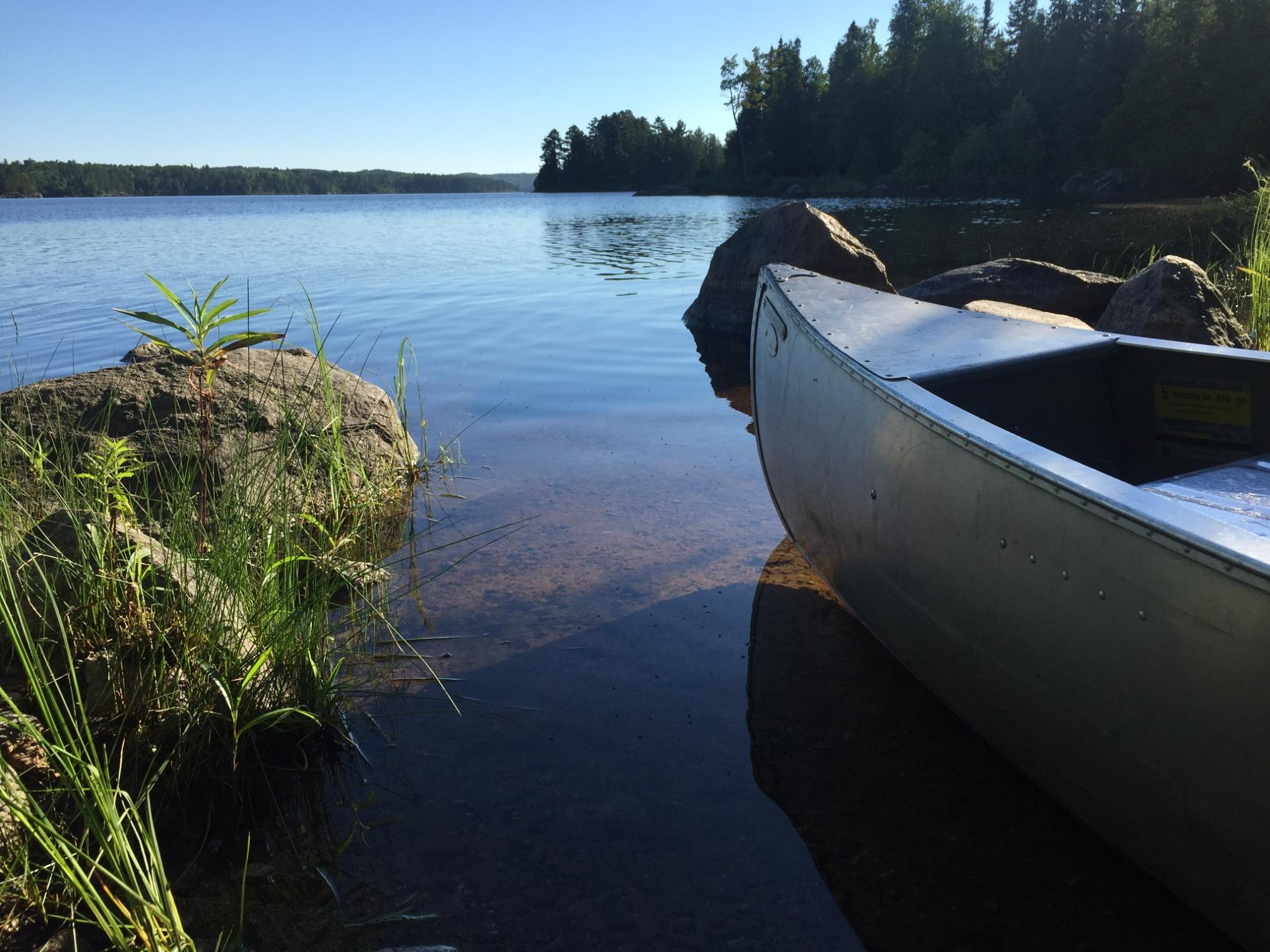 We broke down camp quickly and scooted on over to the one mile portage along the Upper Basswood Falls. We did fish from shore at the base of the falls and Ron caught a really nice pike about 26" or so. Back in the canoe and headed on down the river. At the end of the portage I did catch a tiny smallmouth, but it was my first BWCA smallmouth ever. We took the U.S. portage around the Wheelbarrow Falls and fished in the rapids for a while with no luck. There were starting to be more and more people around. We made it to the Lower Basswood Falls and the camp site under the falls was open. I reluctantly took it because Ron wanted to stop. I did agree that we should spend some time fishing here although I really wanted to get to Friday Bay because I had heard great things about it. We set up camp quickly and got right to fishing. Before we got out in the canoe I caught a nice pike right under the rapids by camp 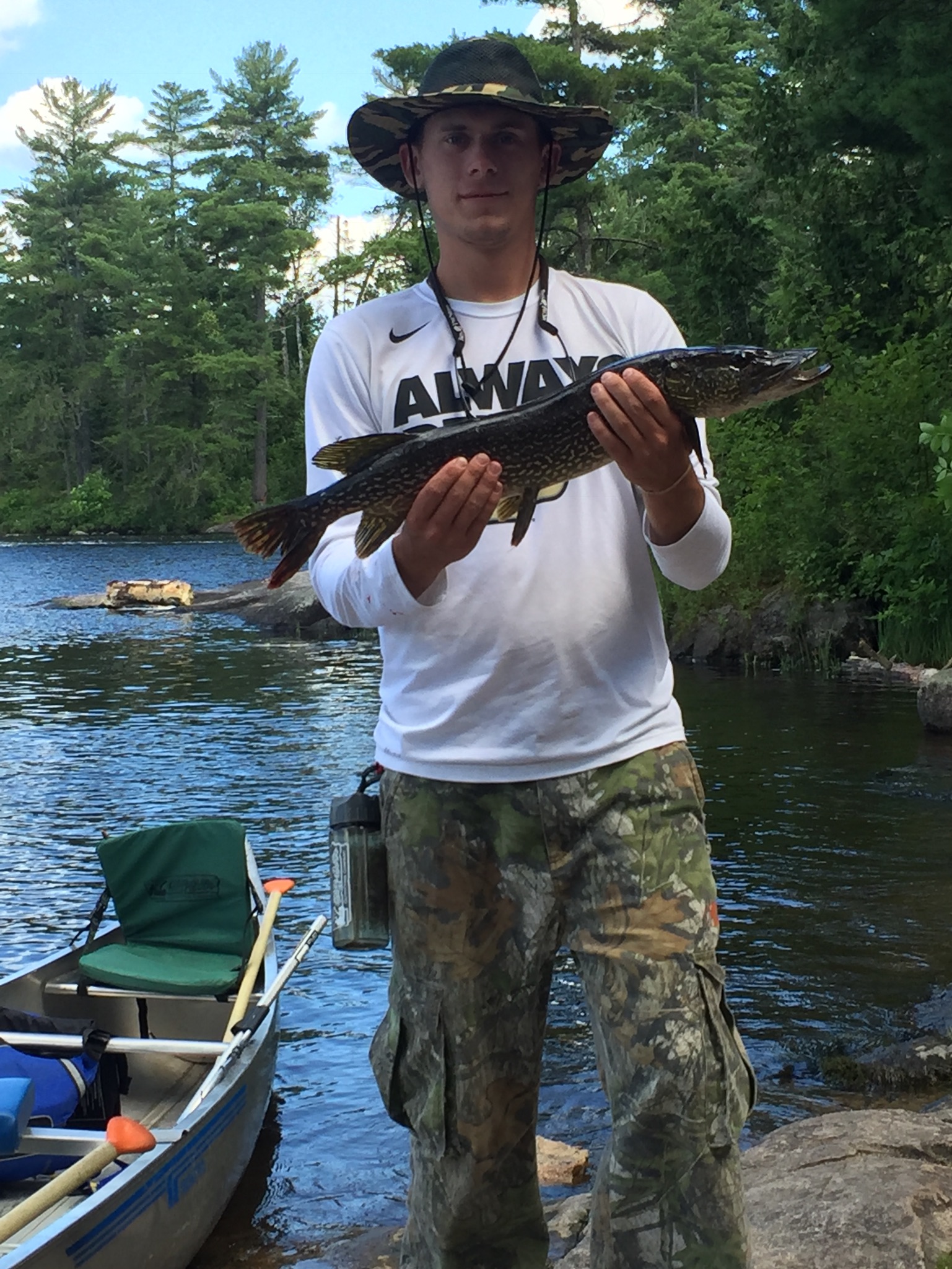 We marked fish just about everywhere with current and 15-20 ft. of water. They didn't bite until later in the evening when we caught a few smallmouth and one walleye. Still not the amount of fish we were looking for. I took some cool videos and pictures of the falls from camp while Ron cooked dinner. 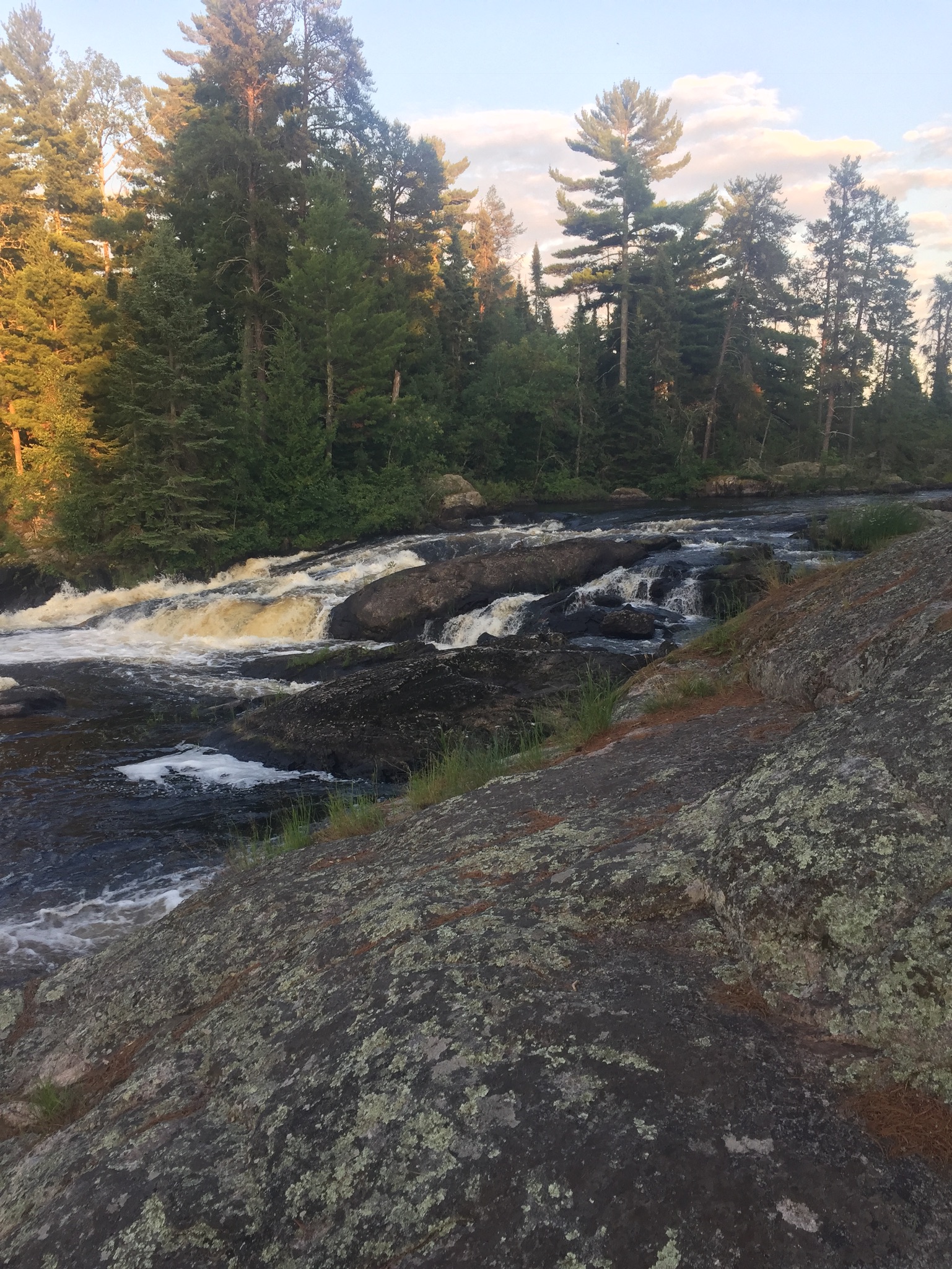 Ron and I relaxed around camp after dinner and just took in how spectacular the Lower Basswood Falls were. My only complaint about this campsite is alot of people come to see the falls so you kind of feel like a zoo animal when you are hanging around camp. We hung around the fire for a while before retiring for the night. It was very soothing to be hummed to sleep by the white noise of the falls that night.