Trip Type: Paddling Canoe
Entry Date: 05/17/2018
Entry & Exit Point: Cross Bay Lake (EP 50)
Number of Days: 5
Group Size: 1
Trip Introduction:
A challenging trip through the heart of the BWCA, offering a test to the body and mind while providing spiritual refreshment and renewal. This trip will go down as one for the ages.
Discuss Trip: View Discussion Thread (28 messages)
Day 1 of 5
Thursday, May 17, 2018

After spending a relaxing and restful evening in the comfortable bunkhouse at Rockwood Lodge, I drove the fifteen miles up the Gunflint Trail to the entry point. Gorgeous morning. 29 degrees and calm, not a cloud in the sky. I loaded my rented Northstar Magic solo canoe with my CCS Pioneer and Bushcrafter packs, secured my extra paddle and fishing pole to the gunwales with BDB's, grabbed my handheld gear (camera, binocs, maps, etc.) which I keep in a clear waterproof tote bag, and quietly pushed away from the landing at 6:30 am. I had been looking forward to this journey for months, and all of my careful planning was now exposed to the reality of the trip. Yes!

I planned to make it to Frost by mid afternoon. My route would take me down through Ham, Cross Bay, Rib, Lower George, Karl, Long Island, Gordon, Unload, and into Frost. With double portaging, Paddle Planner pegs this portion of the trip at 12.4 miles.

The weather held for most of the day, and the traveling went as planned. I ran into a couple of forest rangers while only a couple hours into my trip, paddling through Karl. I showed them my credentials (I keep my permit, ID, and fishing license in the same waterproof box as my InReach) and chatted with them about how much I appreciate the work they do to protect this great wilderness. I also remarked to them about how I think being on a "canoe trip" for work seems like the ultimate job, but I'm sure it's not all roses and honey. As I paddled and portaged on, I quietly achieved a personal milestone as I entered Long Island and plopped my canoe down on the sandy beach at the end of the portage. I had now entered Long Island from all three of the possible directions over the years. I patted myself on the back and moved on. I ran into three guys pulling over the beaver dam a short ways up the Long Island River and they mentioned how they had to change their trip plan because Brule still had solid ice on the western end. Weird year. It should be noted that the Voyageur map is missing a portage along here, where the river narrows prior to turning into Gordon there is a pretty good set of rapids. I believe the Fischer map has it at 28 rods. I knew about this from previous trips, so no surprise. The toughest portage on my entire route for the day was the 138 rod trek into Unload from Gordon, and that portage isn't bad at all. A tad muddy, but not bad. After paddling across the tiny Unload lake, one does encounter a pretty decent beaver dam that requires pulling over rather than paddling over. Once through with that, I was in Frost by 2:30. Plenty of day left to explore this pretty lake, but the wind was now coming up and the clouds were gathering to the west, so I figured I should get into a campsite. Had this been a summer trip I would have taken one of the sites with the sand beach, but since I had a big day of travel planned for the next day I chose the campsite on the west side of the lake nearest to the portage, #878. Not the best campsite on the lake, but ample for me. I proceeded to enjoy the rest of the day hanging around camp and playing with my camping gear. It rained a little bit in the evening, but not much.

As I lay in my tent, a sliver of doubt passed through my mind. I had never traversed the Frost River before, and felt slightly intimidated. The two rangers I had run into earlier in the day were curious about the river as they said they had never seen the water levels as low as they were at this time of the year. I didn't talk myself out of continuing with my planned route, thankfully. 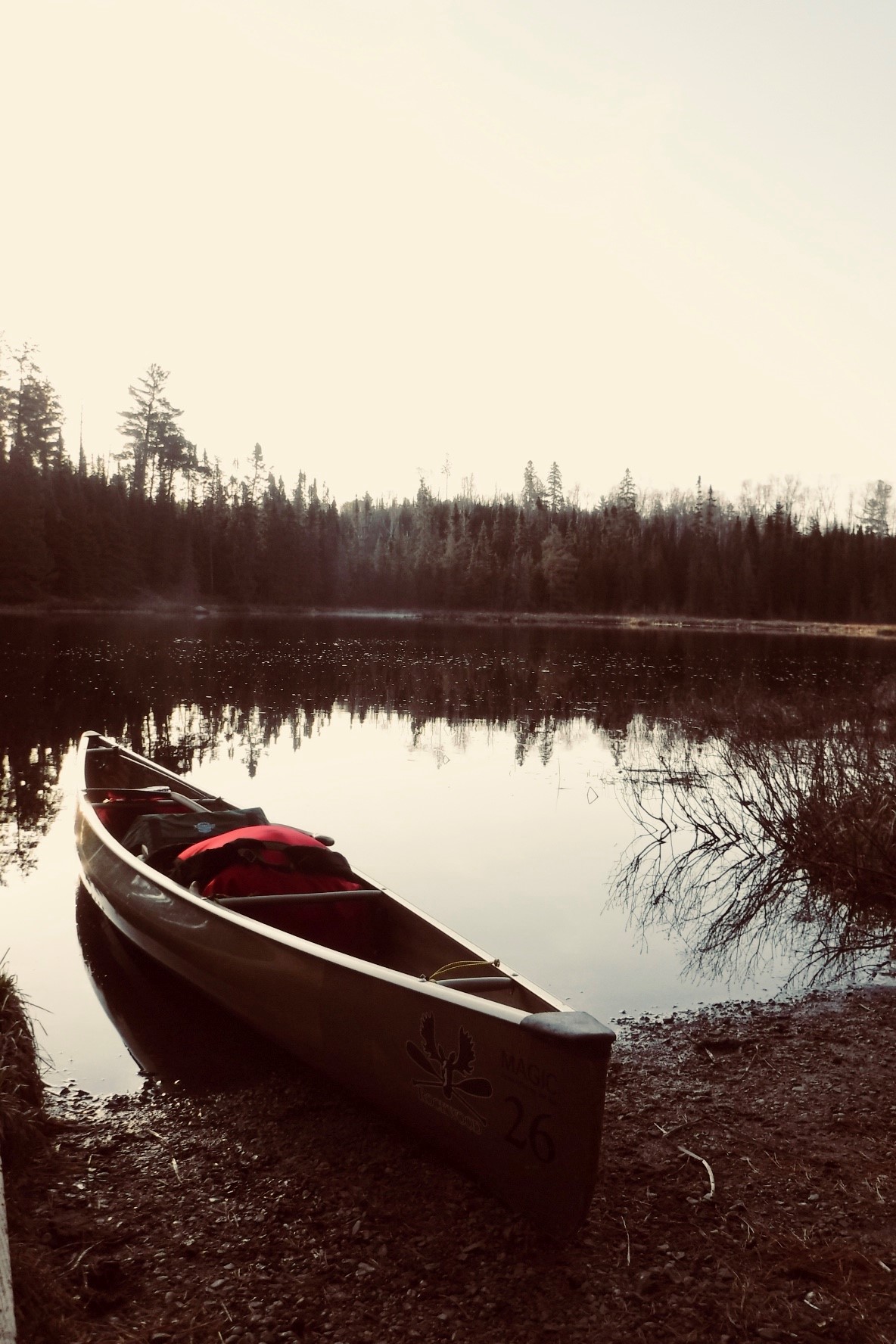 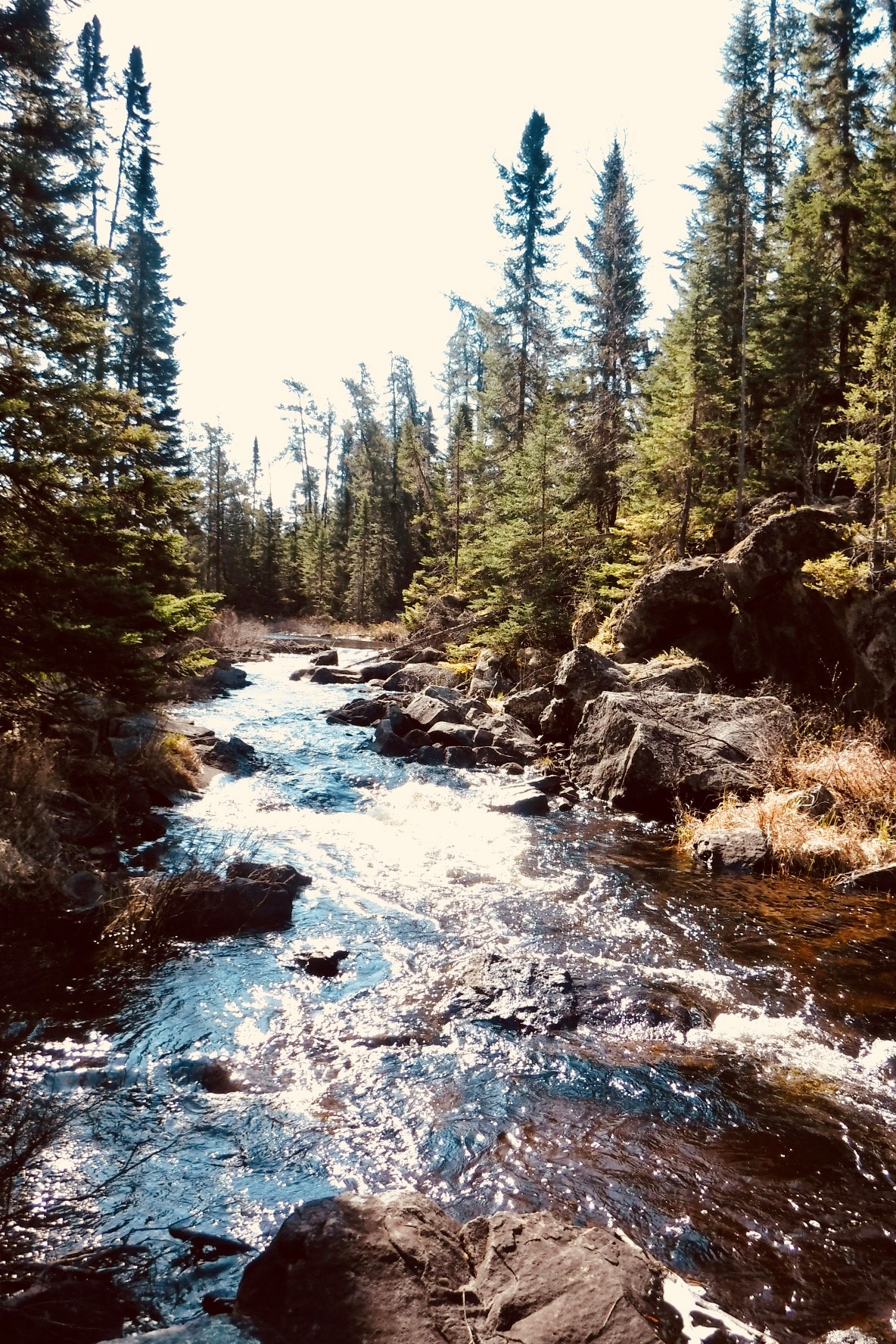 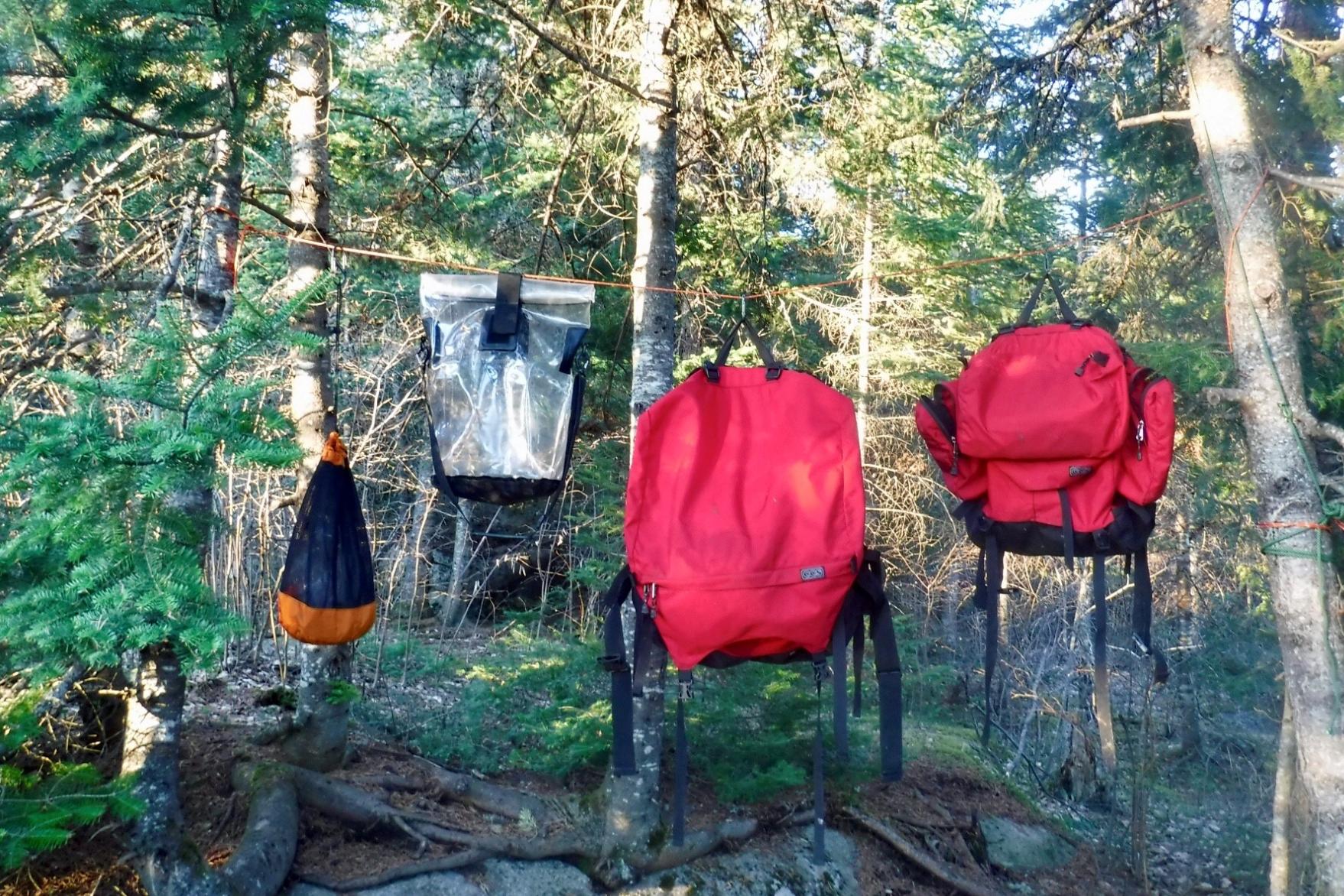