Trip Type: Paddling Canoe
Entry Date: 02/13/2019
Entry & Exit Point: Other
Number of Days: 3
Group Size: 2
Trip Introduction:
While its size is only a fraction of the BWCA/Q Canoe Country, Okefenokee National Wildlife Refuge offers some great January/February paddling (which BWCA/Q does not!). It's managed by the US Fish & Wildlife Service, with maps and other information available on line. ONWR can be accessed from several points. We've done multi-night trips from the east side's Suwanee Canal Recreation Area and the west side's Stephen C Foster State Park, and have also done day-paddling trips from both sides. We still need to explore routes from Kingfisher Landing, but fire damage and low water levels have kept us from visiting the northeast corner of ONWR. During this year's visit, we saw or heard barred owls, sandhill cranes, wood storks, white ibis, great blue herons, little blue herons, great egrets, little egrets, snowy egrets, red shouldered hawks, and others. With the warm weather, lots of 'gators were out, too, and some early flowers are blooming.
Discuss Trip: View Discussion Thread (8 messages)
Day 1 of 3
Wednesday, February 13, 2019. 8 miles

We entered Okefenokee National Wildlife Refuge Wednesday, February 13th, around 11:00 am via Georgia's Stephen C Foster State Park. Weather was overcast with temps in the low 50s. From the park's canal access we paddled east through Billy's Lake and stopped for lunch on Billy's Island. Human use of the island dates back about 4000 years per artifacts found there. More recent history includes Fort Walker (1838), the Lee family (1853-917) and the Hebard Cypress Company logging camp (1917-1926). At its peak, the logging camp had a population of about 800 people, and some of the logging operation equipment is slowly melting into the ground there.

After lunch and a hike around the loop trail, we paddled east to the Canal Run platform and shelter. We had hot drinks, set the tent up on the platform, explored short trails from the platform along the canal bank, and made ourselves at home for the night. As the sun began to set, barred owls welcomed us to the swamp. I started dinner prep a bit late, which meant clean-up after dark, but that wasn't a problem—the shelter had a light switch! (No lights, power, or wires, but a switch—someone's idea of backcountry humor!) 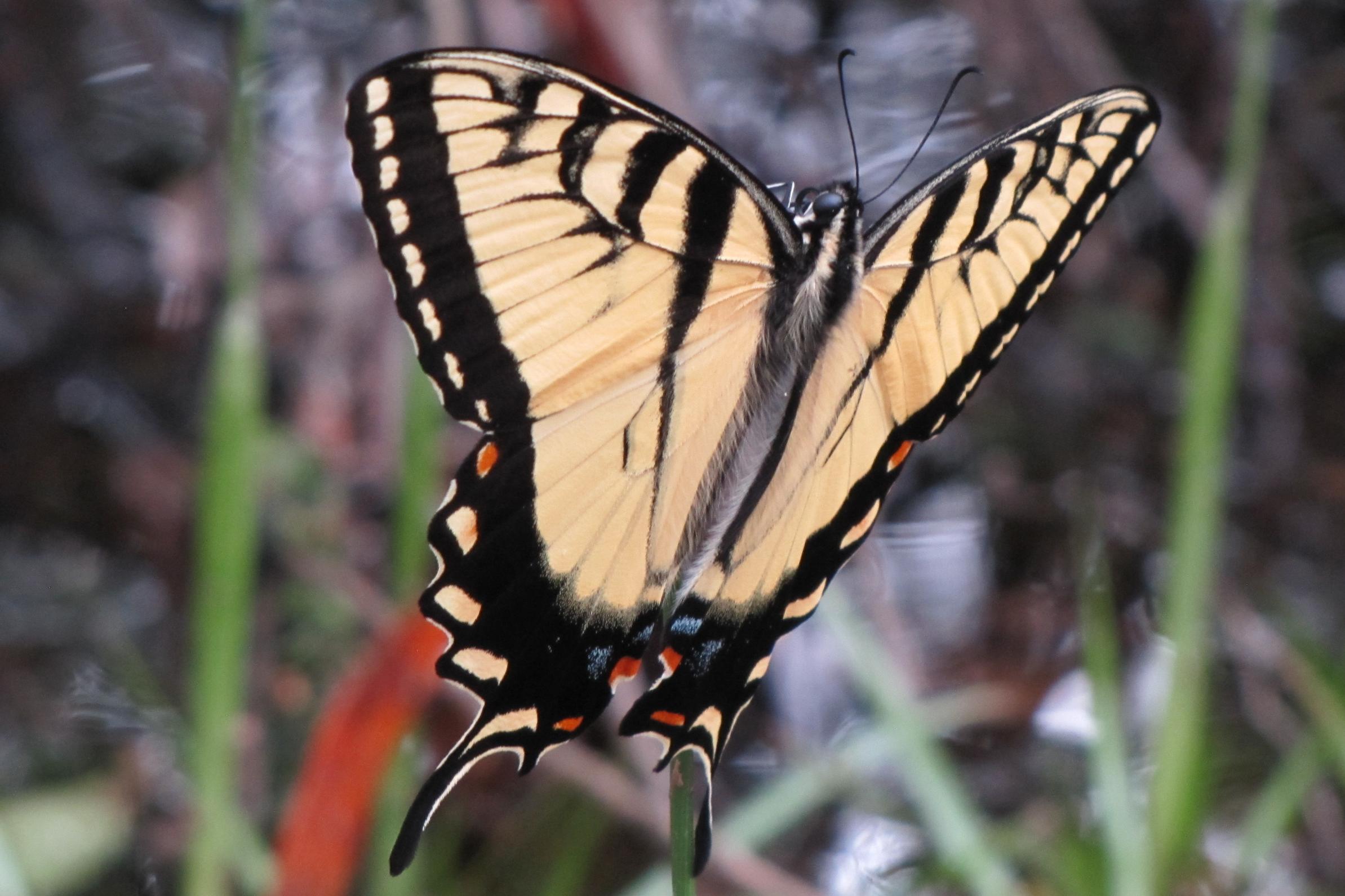 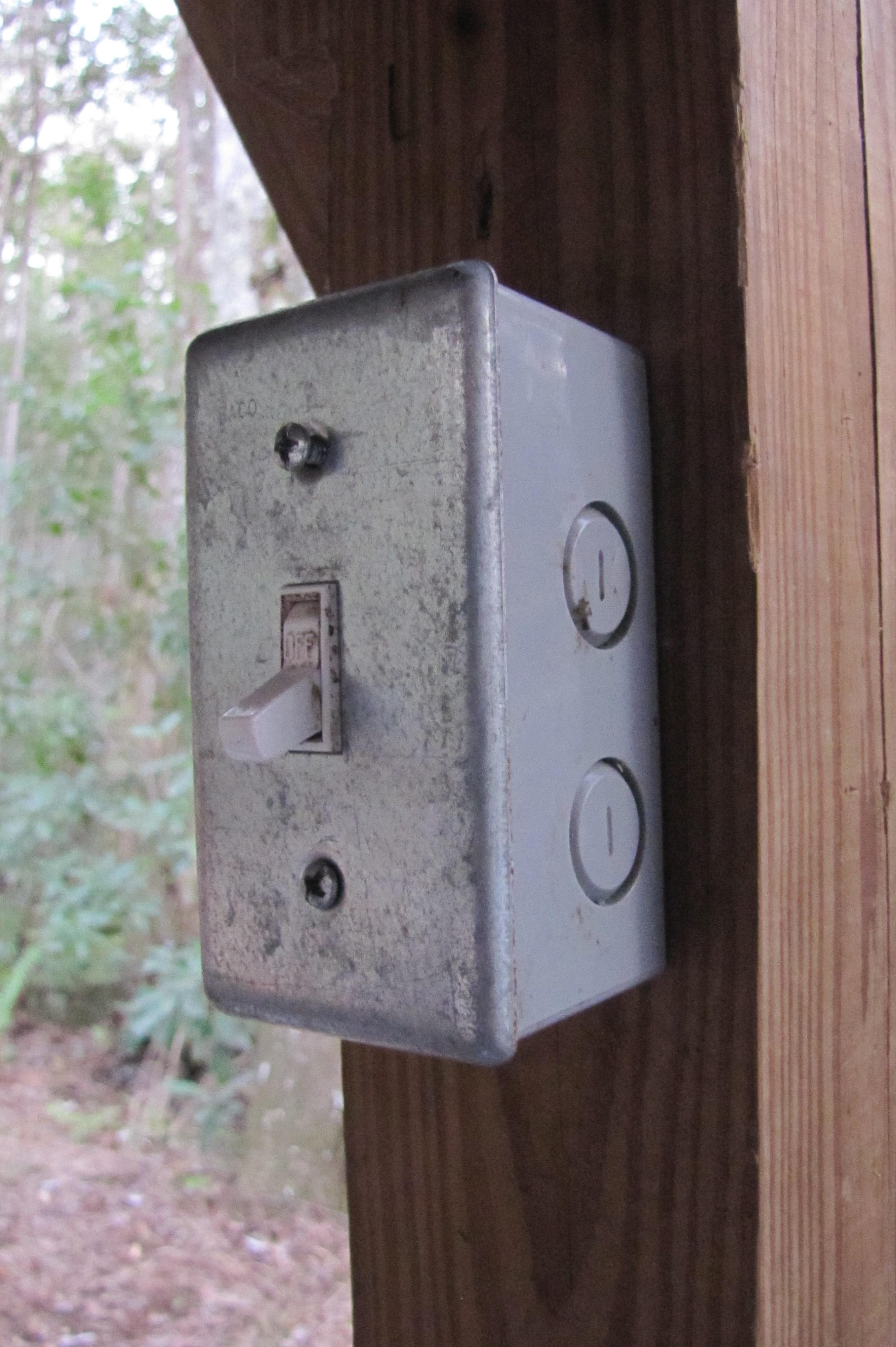 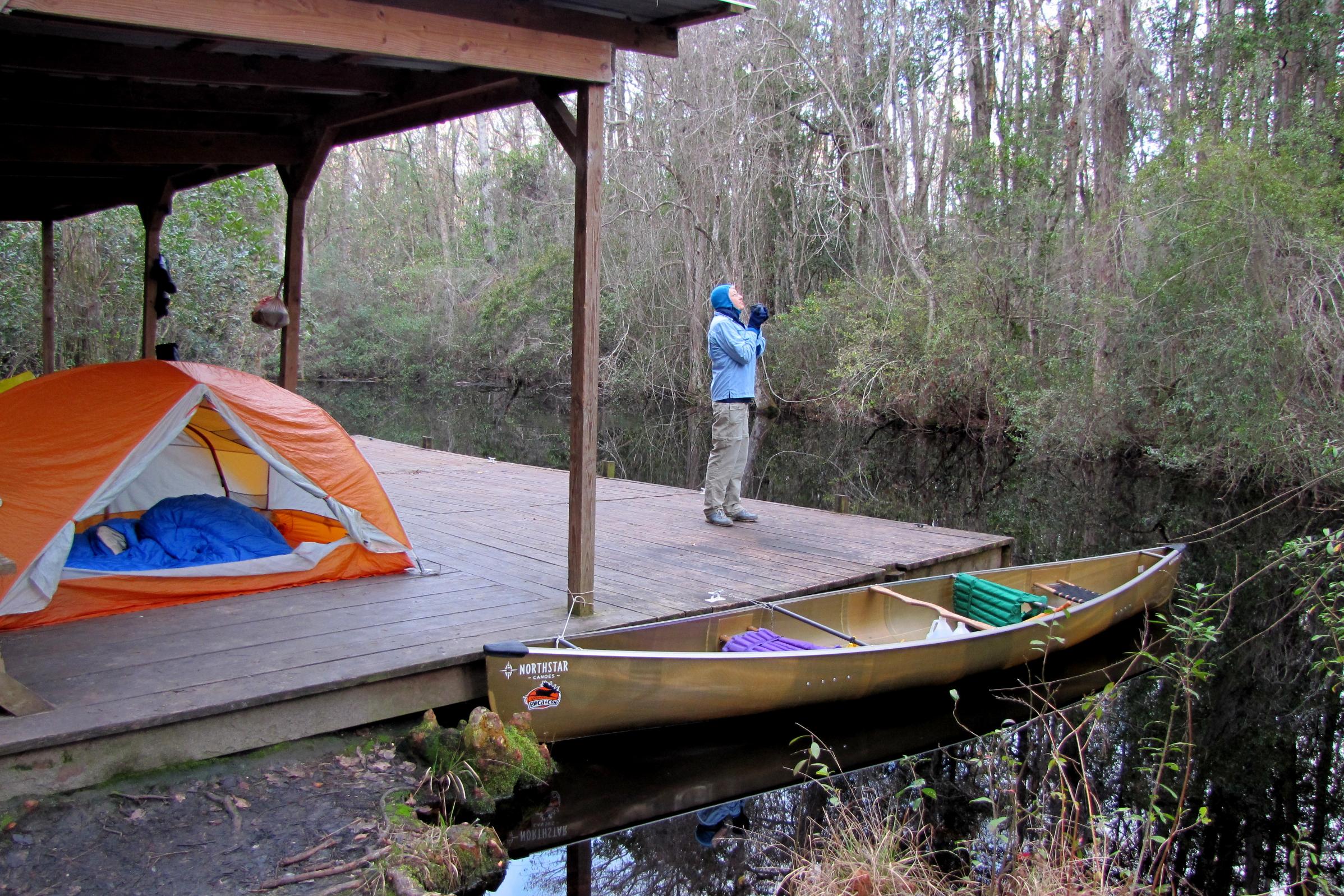