Tia heard splashing near the platform around 5:00 am, then heard something bump the canoe. Stepping out of the tent with her headlamp, she saw a small 'gator—five feet or so. It appeared we had blocked its usual shore access with our canoe. It dived back into the canal and we didn't hear it again. As the sun rose, the barred owls again made their presence known, and as did sandhill cranes ("sandies") flying nearby. Coffee, breakfast, and more coffee started our day, then we set off for Floyd's Island. We spent a couple cold, wet nights on the Round Top shelter & platform several years ago, paddling in from the east side of ONWR, so we decided to add some mileage today by visiting the new Round Top platform, then paddling the Chase Prairie route to Floyd's Island. Now we can brag that we've paddled across the Okefenokee.

Sunny mid-day temperatures were in the 70s, so lots of 'gators were sunning themselves as we paddled our Valentine's Day route. Again we saw lots of birds, but never close enough to get good photos. Today's route took us out an old canal (from logging days), then across shallow canoe trail through one of the swamp's 'prairie' areas, then through a very narrow trail to Floyd's Island, the site of a Hebard Cypress Company hunting cabin in which we planned to spend the night. The cabin is on the National Register of Historic Places, and has a fireplace and a couple rooms campers can use. The narrow paddle trail, often less than 10 feet across, made it impossible to maintain the recommended 20 feet from alligators, which were all along the route. After a mile or so of the narrow passage, we hit a dead end guarded by a stump-tailed 'gator in the 10-foot range. When it saw us, it dived into the black water, and we didn't see it again. Tia checked the bank, found a trail away from the water, and we learned that there's a portage in Okefenokee! It's only about ¼ mile across the island, but we were poorly outfitted for the portage, having a couple coolers and 6 gallons of water in the boat.
As we approached the cabin, we were saddened to see that it had recently been hit by a huge pine tree. Damage appears to be restricted to the rear of the structure, but the cabin is presently locked and access restricted to USF&WS staff. The cabin logbook showed that the damage was only three or four weeks old. A Boy Scout troop spent a night in the cabin, were away from the cabin for a day paddle, and found the damage when they returned for their second night's stay. Because of the cabin's Historic Register status, I suspect it will be restored, but the remote location will make that work difficult.
We set up our tent near the cabin after a good look at nearby trees. A picnic table and fire ring were among the outside amenities, and we started dinner prep earlier than yesterday so we could do cleanup before dark. Slept long and well—no critter noises or falling trees. 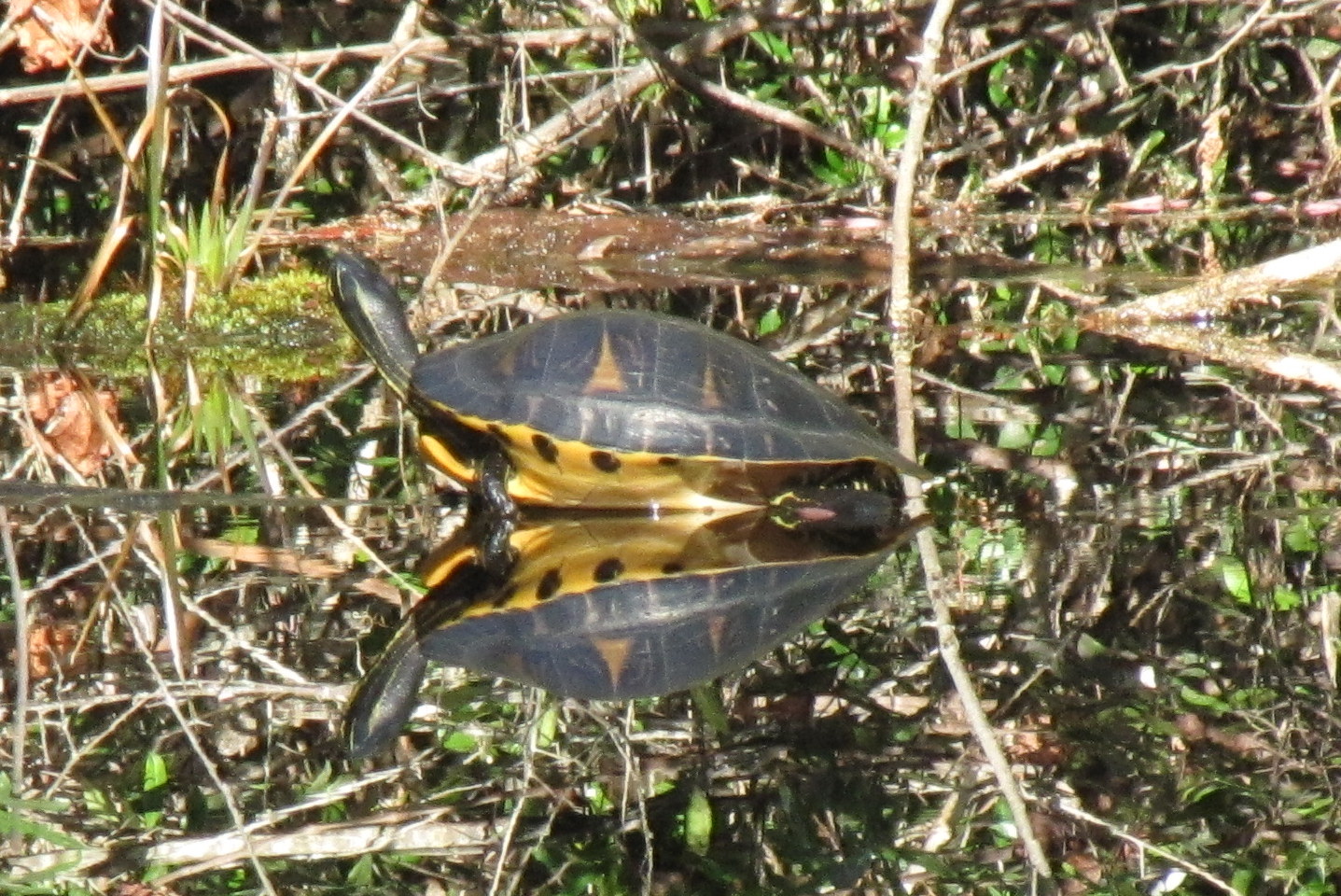 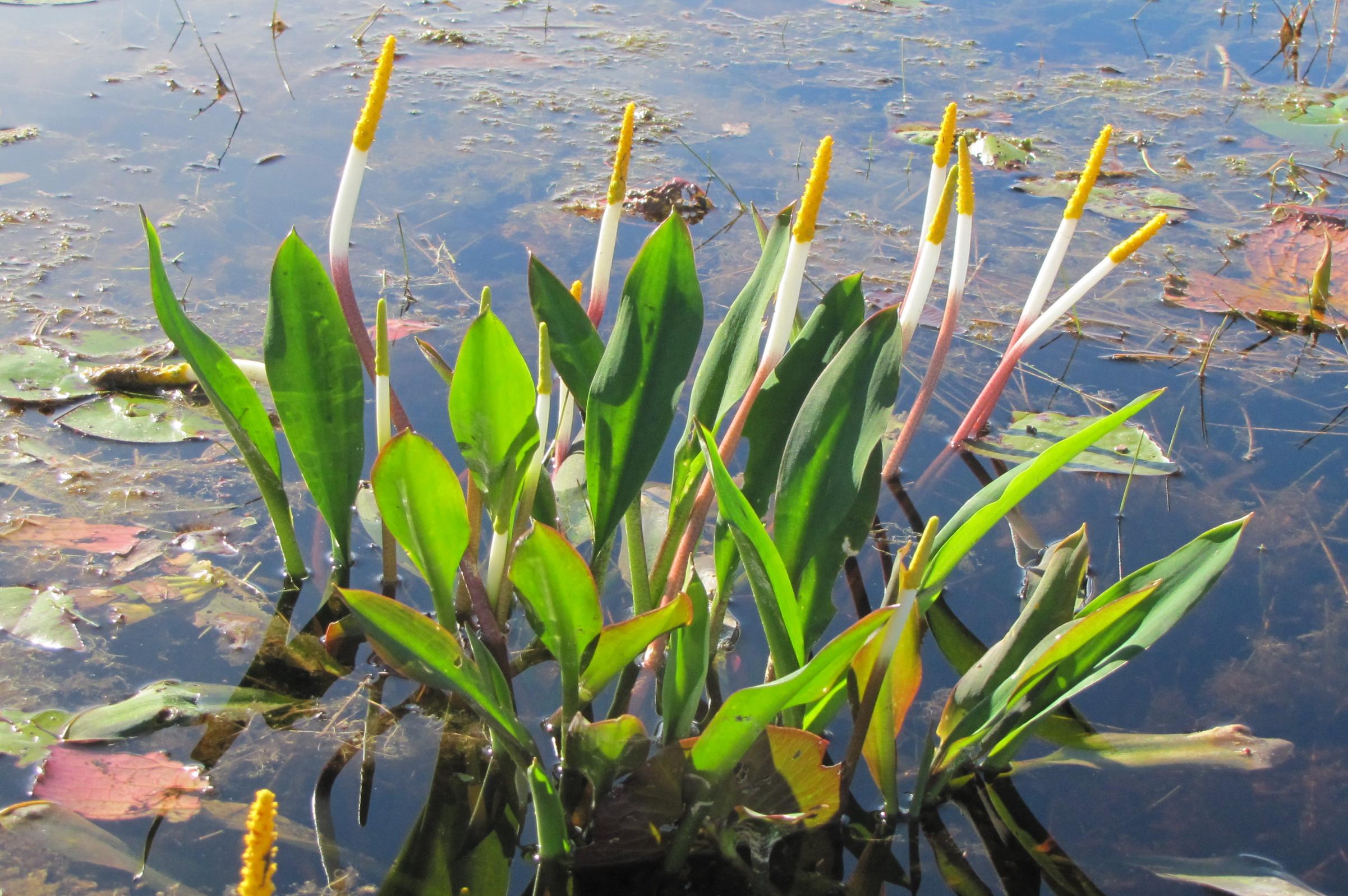 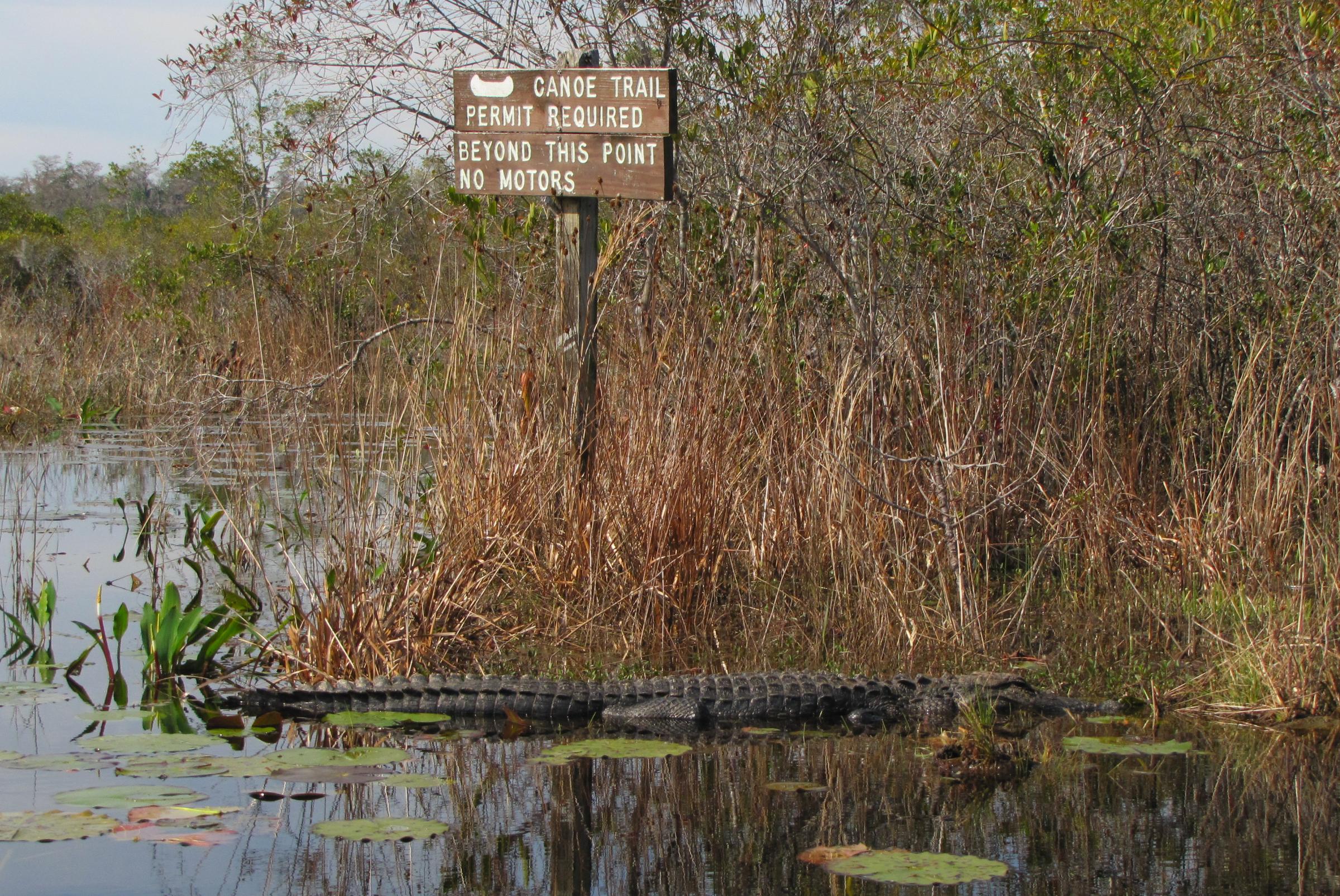 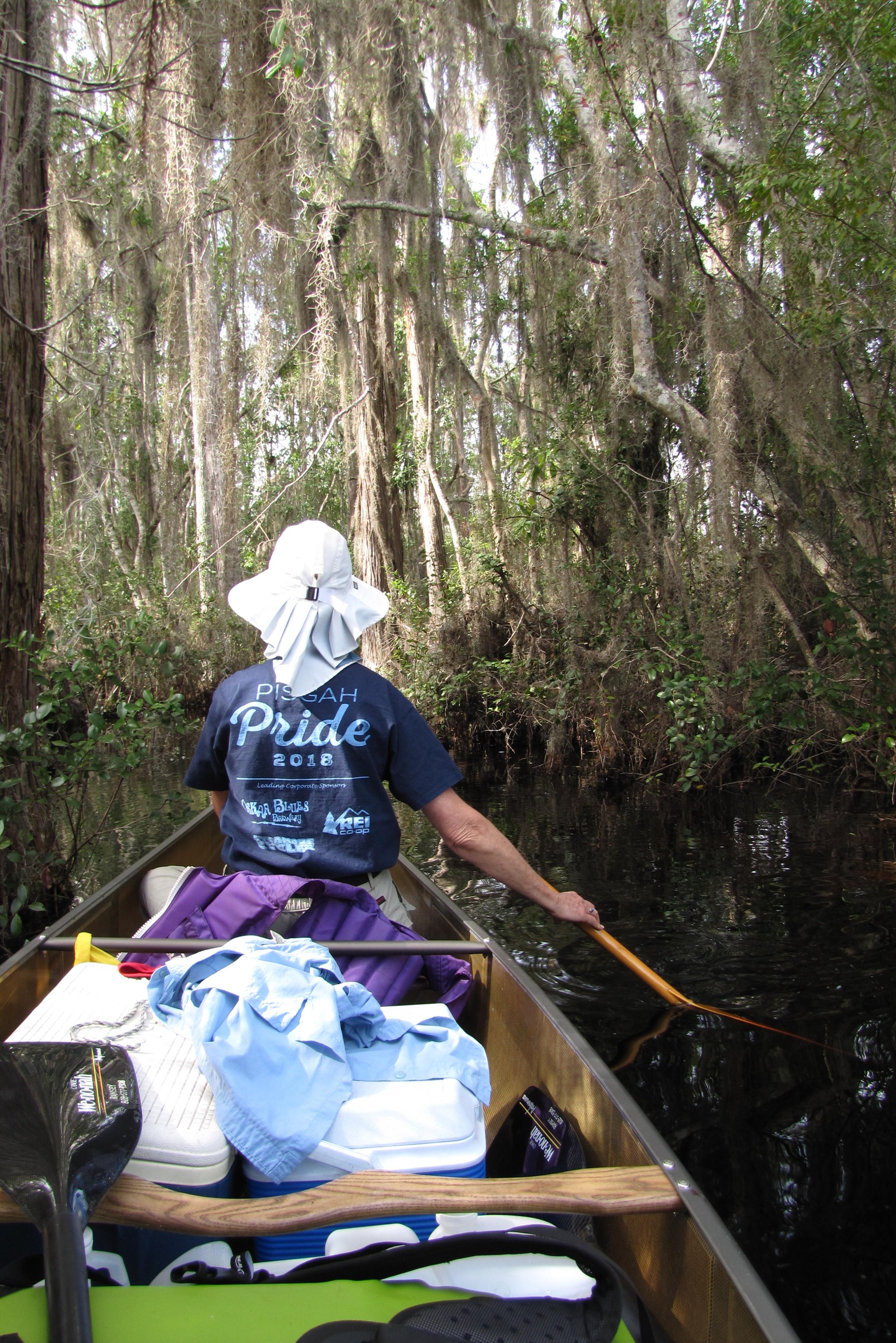 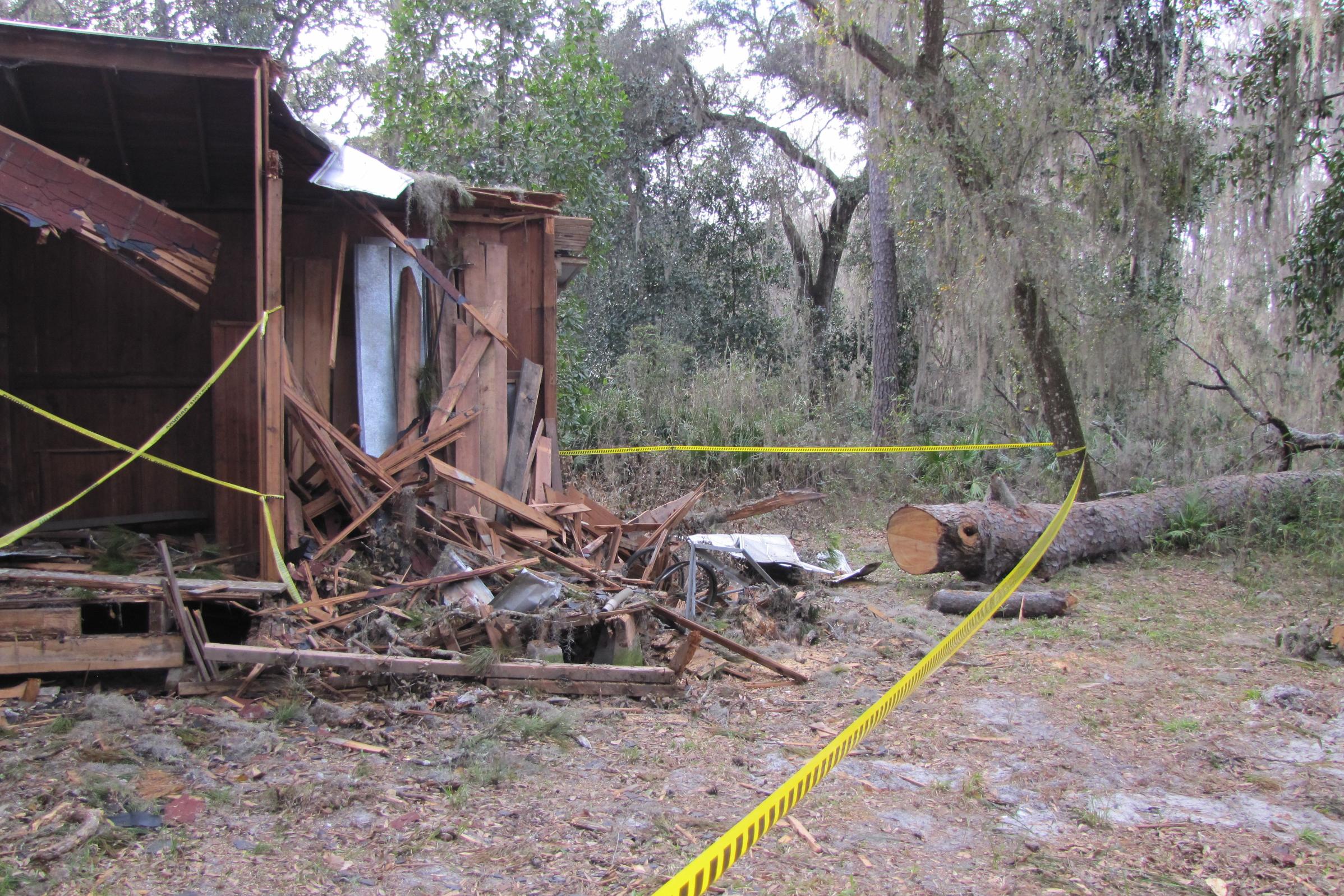