We went into Ely in the morning and had breakfast at Britton’s. The Veggie-stuffed hash browns and eggs over-easy were the perfect way for me to start the day. We loaded our personal pack – took out stuff that we didn’t want to bring, and went down and loaded the rest of our stuff in the van. One of the staff took us out to Fall Lake, and we put in from the dock. We paddled out onto Fall Lake feeling a little rickety at first but found our stride by the time we got around the large island. We could see other canoes near the falls once we rounded the corner, and we could even hear the falls. The portage trail was easy to spot, and we got there faster than I expected.

The first portage was not so bad. After putting in to Newton lake, we paddled around the north side of the big island per the instructions of our outfitter (though we didn’t see why we couldn’t go around the south, which was shorter). We saw our first bald eagle, and it was starting to heat up a bit. Another canoe passed us as we were nearing the next portage, and we followed them to the portage trail to Basswood Lake. The beautiful falls could be seen and heard from the trail, and I got a picture of Matt by the falls. We were feeling very confident about the day as we set into Pipestone Bay.

We knew navigation would get more difficult with all of the islands, and we needed to be on the look-out for an inlet on the west side of the bay. The wind was pretty calm and the temperature was continuing to climb. We overshot our inlet and then combed the coast for it on the way back. Once we found it, we stopped at a campsite and had a simple lunch (granola bars, trail mix). It was a nice campsite, but I wasn't really scoping it out at the time.

I had been told that the channel between Pipestone Bay and Jackfish Bay was passable by canoe, but a major beaver dam proved that to be incorrect – we would need to take the portage. This was our first “real” portage trail. It was questionable for a while if it was, indeed, a portage trail after the previous two (which seemed like roads in contrast). Very rocky and muddy in some spots, and it was difficult to traverse. Made it to the other side, and the next order of business was to restock on water. We paddled out of the cove and headed directly for the middle of the lake to get some water. Matt used the steri-pen, and I the pump, and we loaded our containers (and bellies). After about another half hour of paddling, we got to the camp site that I had picked out from a positioning point of view (excellent view of the western shore).

We set up camp – first was to hang the food pack a bit off the ground (so as to avoid little critters which, we were told, would be very interested –never happened). The tent gave us a little trouble at first, but was easy once we figured it out. The sun was still high in the sky, and the camp site was very hot. We went for a dip in the lake, and that was very nice. We fried up some steaks for dinner and then took the canoe out to get some more water for the camp. Once back, we cleaned up camp, hung the pack up high, and Matt escaped into the tent to get away from the mosquitoes which were getting heavy at dusk. I tried to stay out to wait for absolute darkness (with the new moon and all), but I couldn’t handle it with all the bugs. I got into the tent and went to bed thinking I might get up if I wake up and it’s really dark. I did wake up and saw the beautiful stars, but I was too lazy to get out of the tent (“I’ve got all week…”). 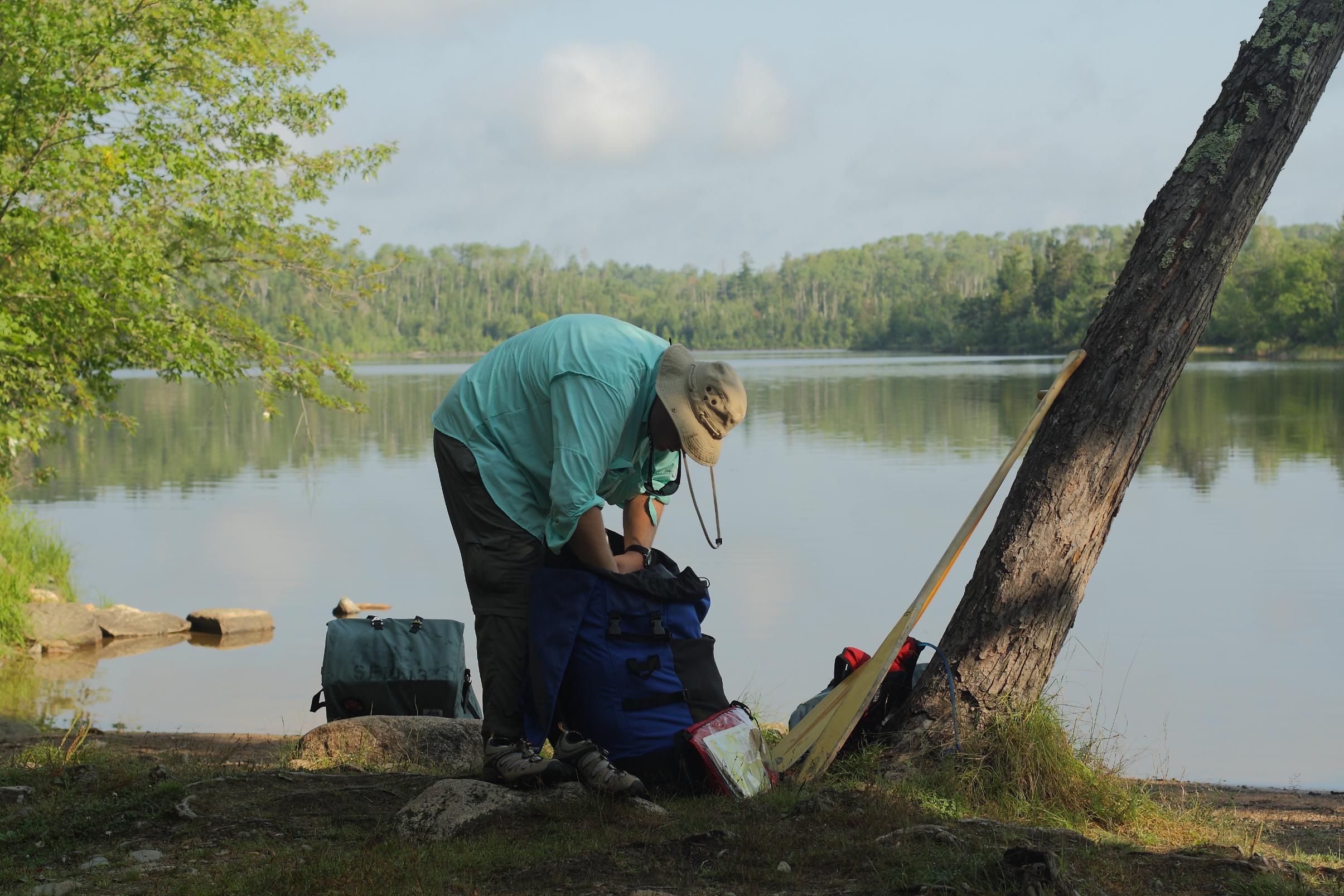 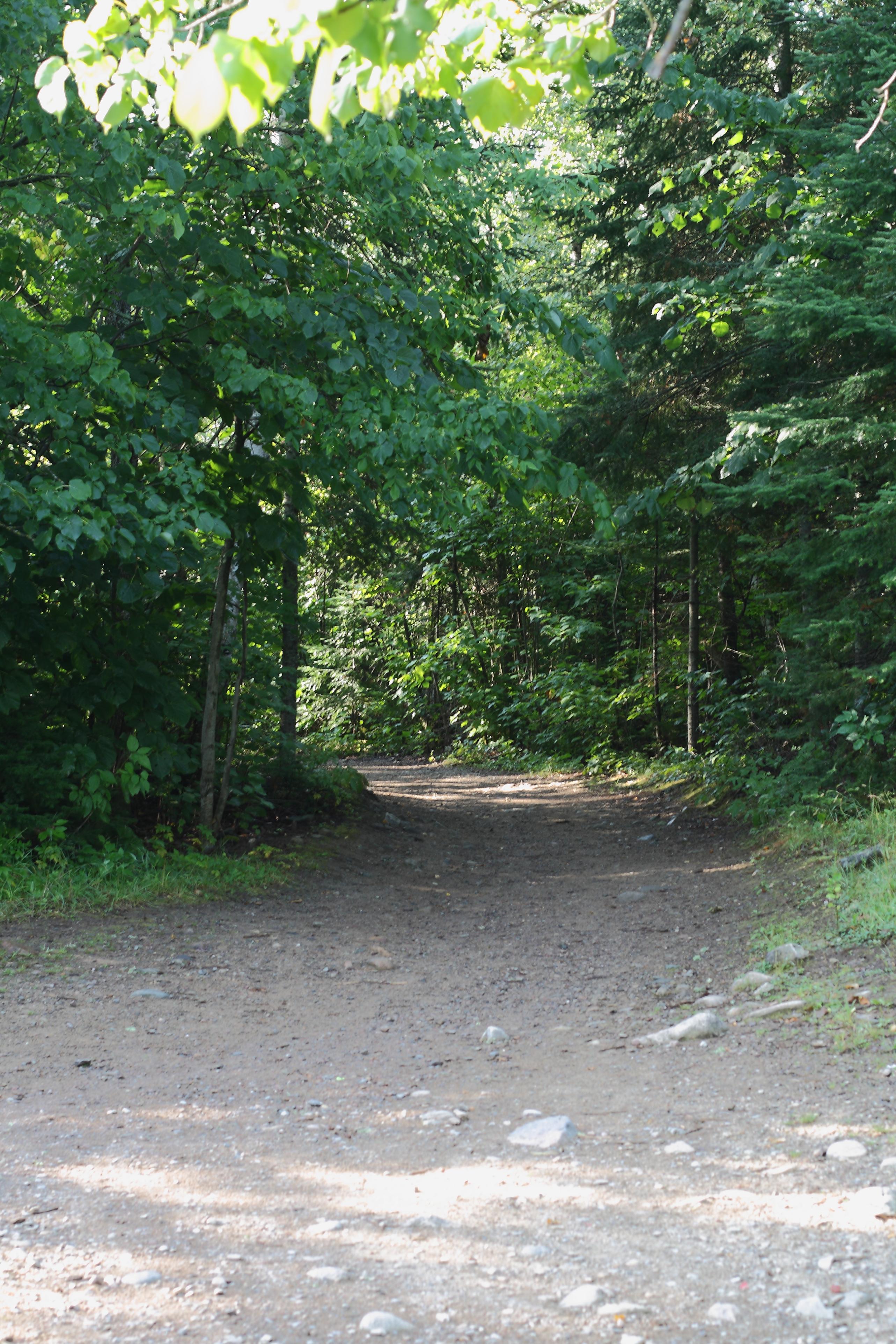 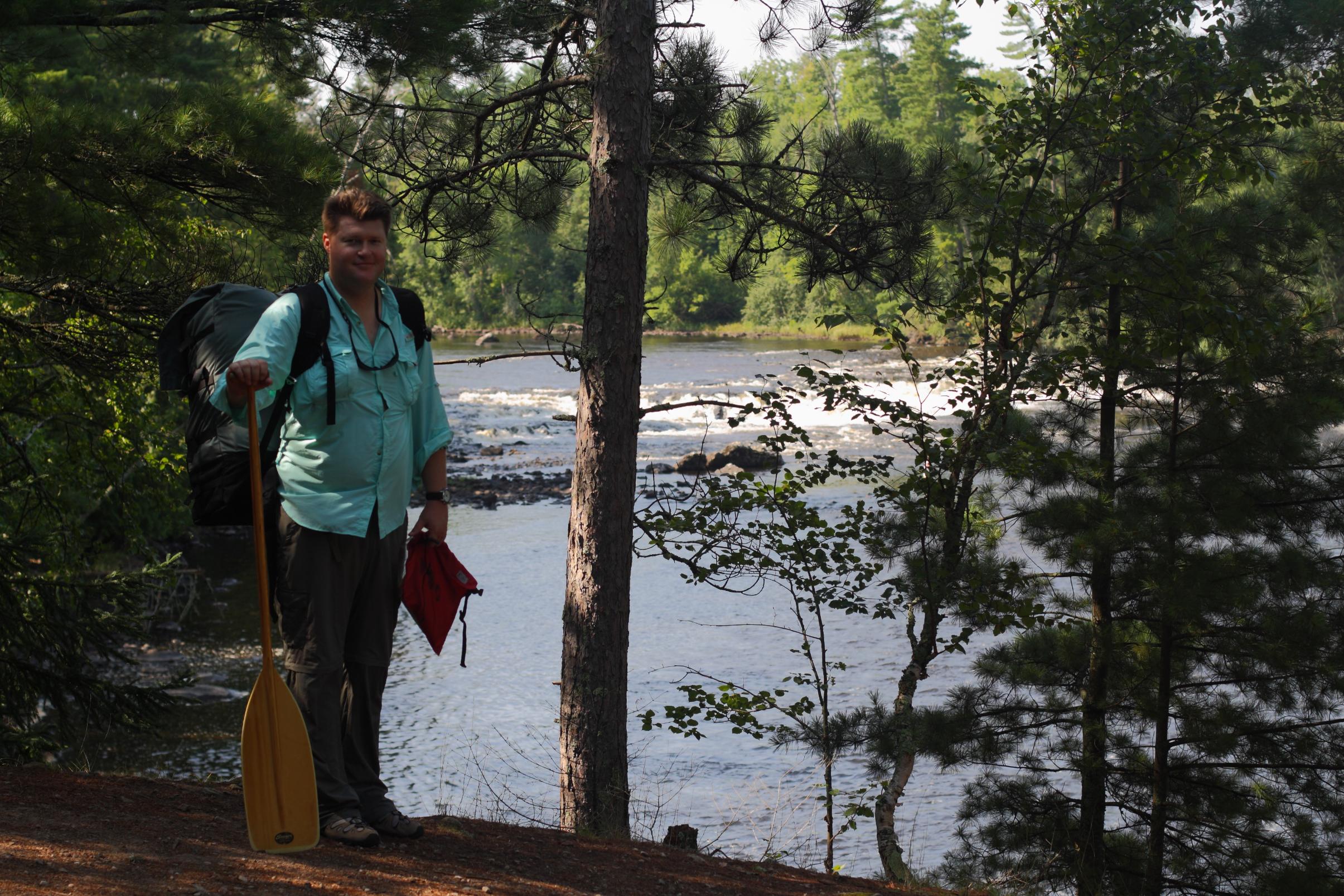 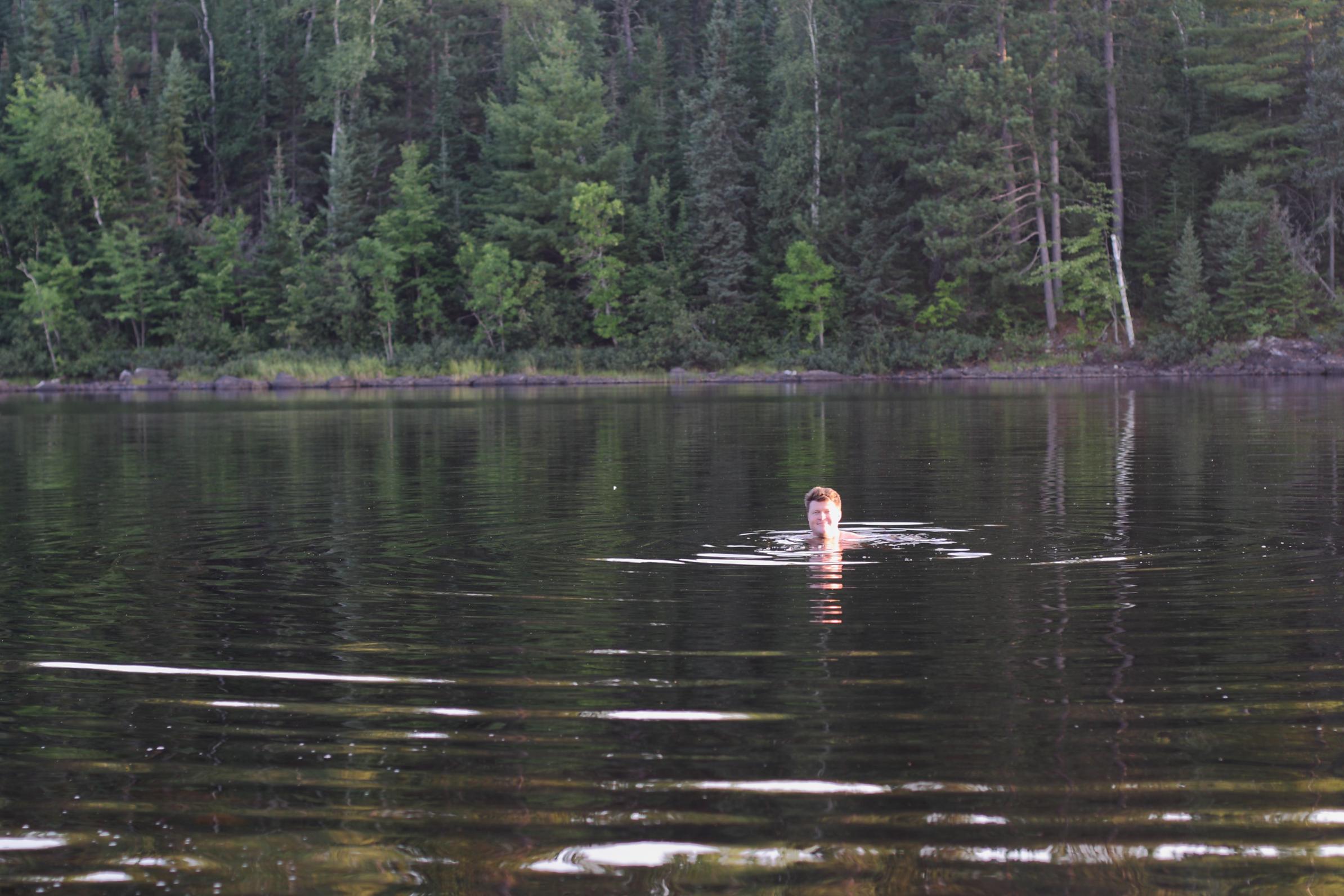