Trip Type: Paddling Canoe
Entry Date: 05/16/2019
Entry & Exit Point: Ram Lake (EP 44)
Number of Days: 4
Group Size: 1
Trip Introduction:
I like eating fish, and I love lake trout. Since our trip to Crystal Lake last spring in the BWCA, I had been looking for my next opportunity to go after more of these delectable fatty fish. Also since last year, I had developed a deep burning desire to take a solo trip, which I had never done before. A permit for one person for Entry Point 44- with lake trout in Ram Lake and Little Trout Lake- seemed the perfect way to scratch both itches.
Discuss Trip: View Discussion Thread (12 messages)
Day 1 of 4
Thursday, May 16, 2019 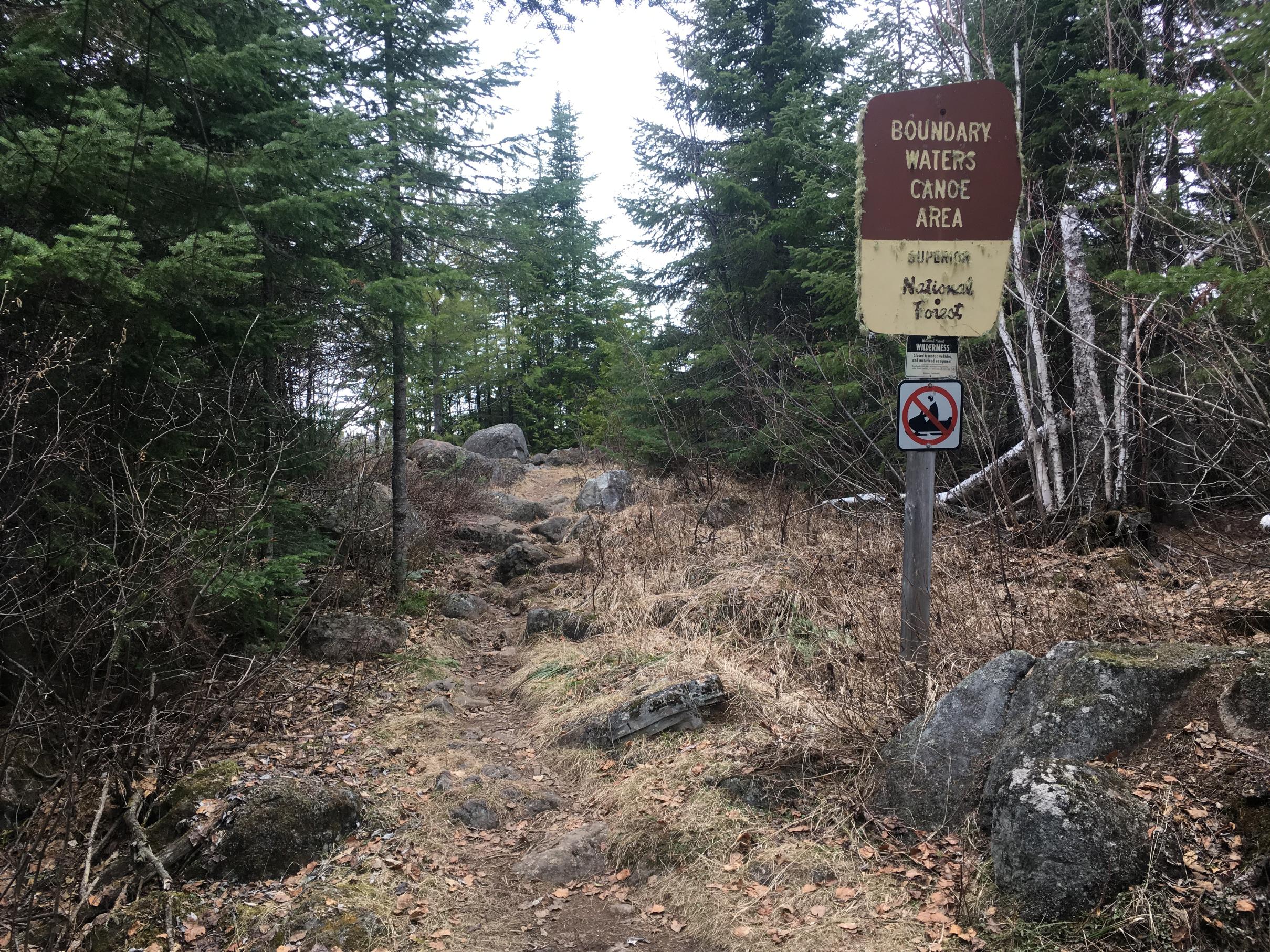 My son had an orthodontist appointment at 8:30, so I knew I wouldn't get the early start I normally would. But anybody who tries to schedule an appointment at that office knows you gotta take what you can get. There was a slight mix-up with may permit at the Forest Service office in Grand Marais, but I managed to get my canoe on my back at just about 3:00. 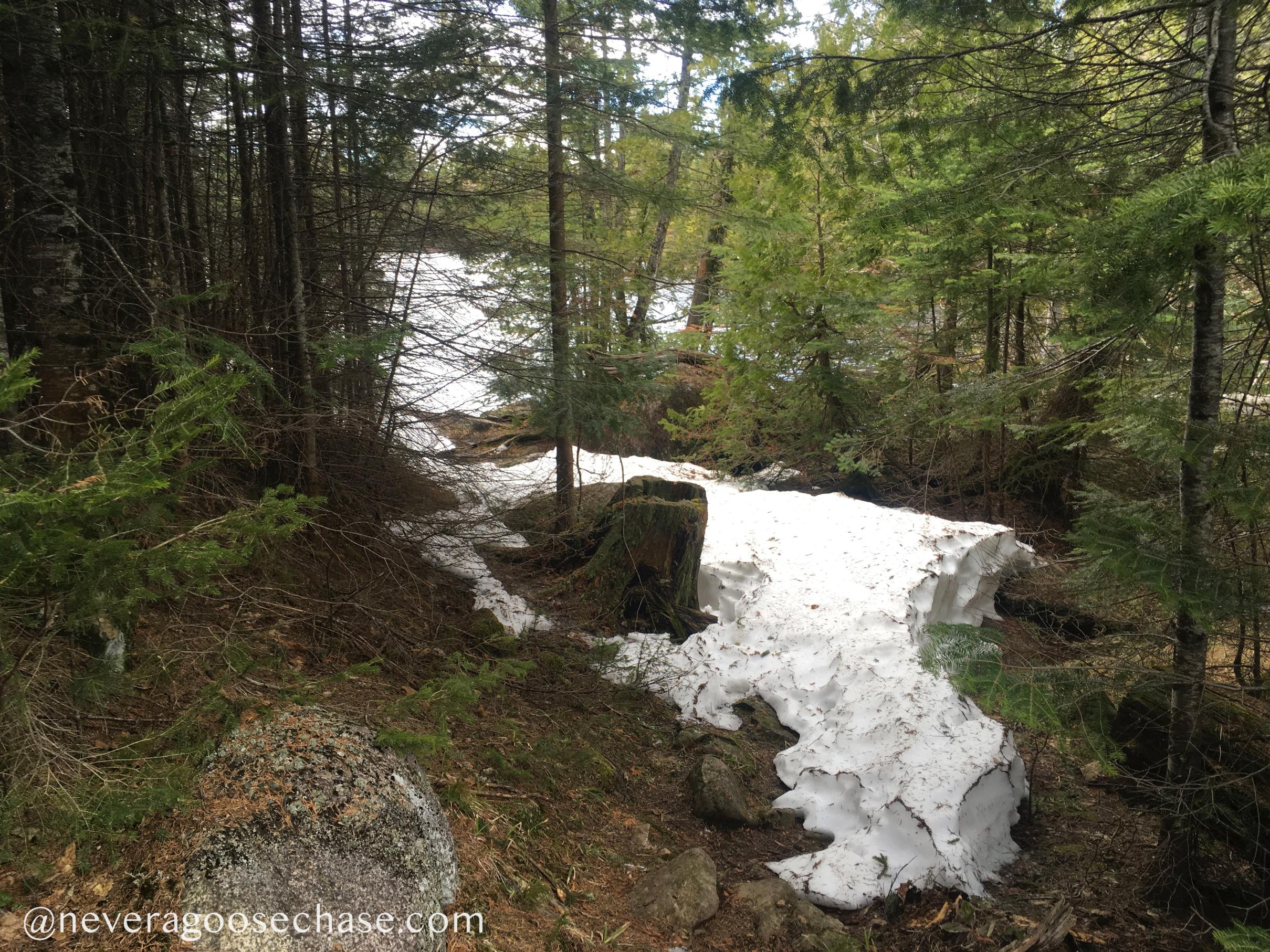 On the first portage out of the parking lot, I encountered a patch of snow on the trail; this did not surprise me much since that area received several late and heavy snowfalls, the most recent being not much more than a week before my arrival. A few aged footprints indicated others had gotten there first. On the portage between Ram and Kroft lakes, however, the untarnished snow drifts hinted I was the first of the season to get that far. Hints turned to proof when a deadfall over the trail required some cutting in order to pass. 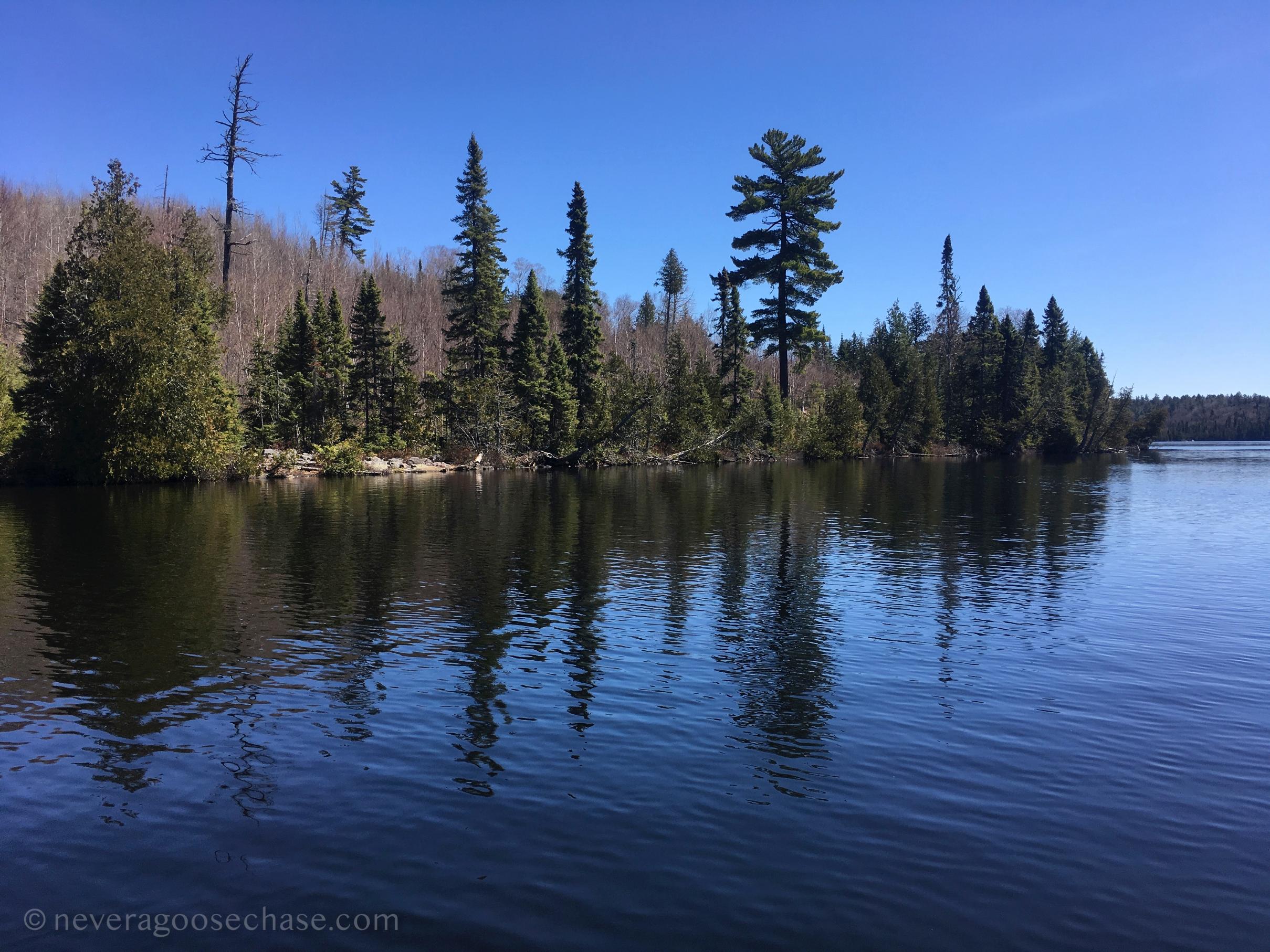 Once in my chosen campsite on Little Trout Lake, I settled into the absolute and unspoiled solitude. There was not much time left for fishing, but I paddled around a bit, casting and trolling without any strikes. Nightfall found me nestled tight in my sleeping bag, in complete silence; insects were still dormant, it seemed, and the songbirds largely hadn’t migrated that far north yet.