Trip Type: Paddling Kayak
Entry Date: 06/17/2020
Entry & Exit Point: Kawishiwi Lake (EP 37)
Number of Days: 3
Group Size: 1
Trip Introduction:
My short solo trip to Malberg Lake with SOT kayak.
Discuss Trip: View Discussion Thread (5 messages)
Day 1 of 3
Wednesday, June 17, 2020 Arrived at EP 37 at 6:20 am. Got on the water by 6:45 am and started the journey to Malberg. Brought my small sit-on-top fishing kayak this trip. I manufactured a yoke for the kayak which proved very helpful. I did the first 20 rod portage, but suspected that it may not have been necessary. My suspicions were correct. On the trip back I found there was just a beaver dam that I easily pulled the kayak over. The next 5 rod portage was nowhere to be seen and was not necessary. Maybe when water levels are lower it becomes more evident and needed. I kept paddling up the river to Kawasachong and ran into a massive beaver dam which required a mini portage to get around. At this point I shared my trip with another couple who were heading just north of Malberg. I single portaged my kayak and gear through the 189 and 95 rod portages leading into Lake Polly which I later regretted: It was very taxing on me due to the weight. They pulled ahead on Lake Polly since their canoe was much faster on open water, but I was able to catch up because they went to the wrong bay for the portage entrance on Polly's North side. I portaged the 19 rod out of Lake Polly; They skipped it and opted to wade through the rapids. We both skipped the 48 rod and waded through as they had previously done. Trying to make good time, I still single portaged the 127 rod...sometimes we never learn... They pulled ahead on Koma and I was left to myself. I arrived at Malberg around noon and made it to my desired camp site at 12:30 pm. I chose the beach site on the eastern side of the middle bay of the lake. It was secluded, had an excellent landing and swimming area and provided good cover and shade for the tent underneath the dense canopy of cedars surrounding the beach. The beach itself had very little shade from the afternoon sun, but I was able to suspend a tarp over the sitting area and fire pit. After setting up camp, eating and re-hydrating myself, I went fishing, but didn't catch anything. I didn't care to try fishing later in the evening this night as I was exhausted and wanted to get to bed early. As it began getting darker I could hear grouse drumming off in the distance. 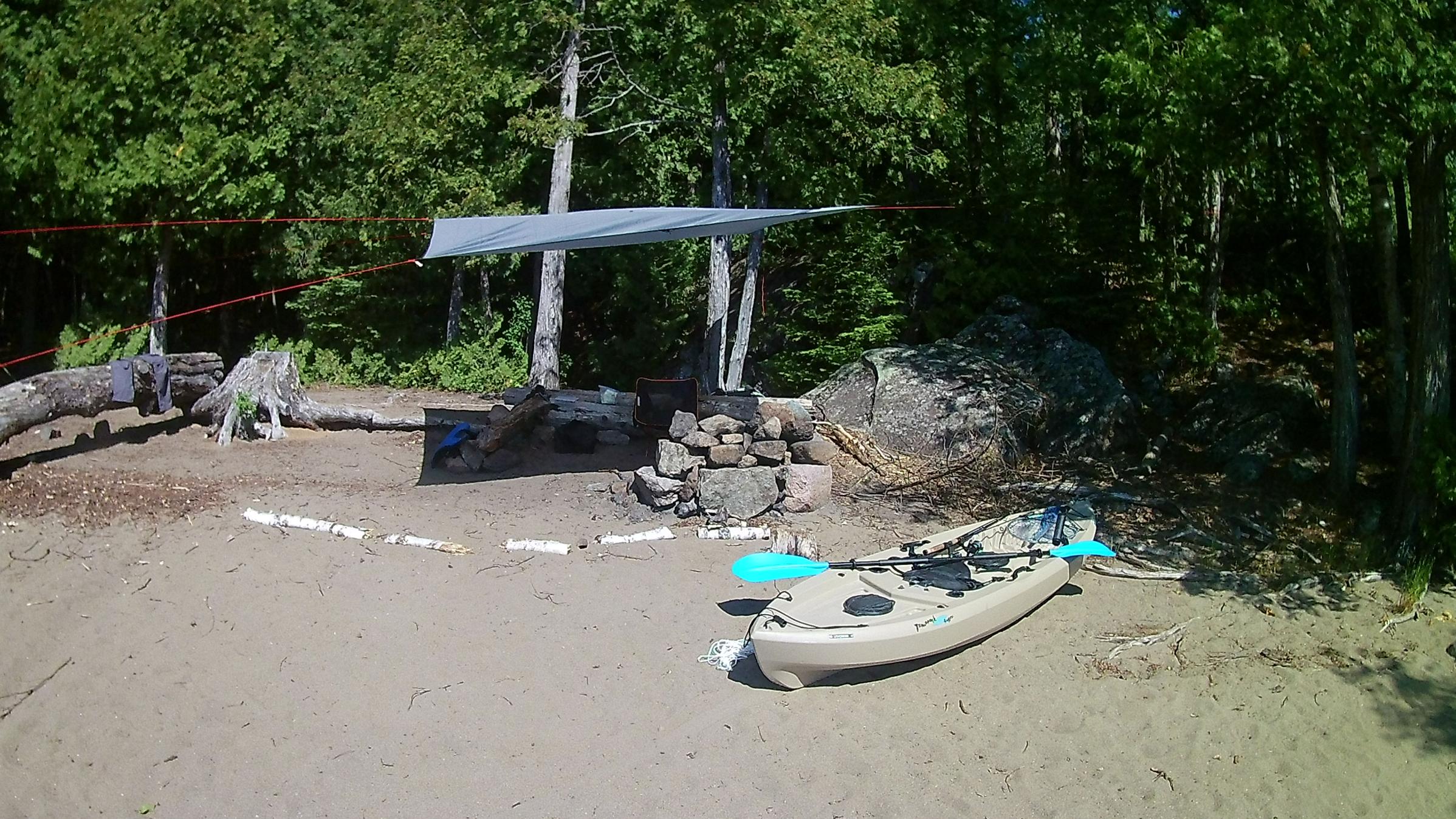 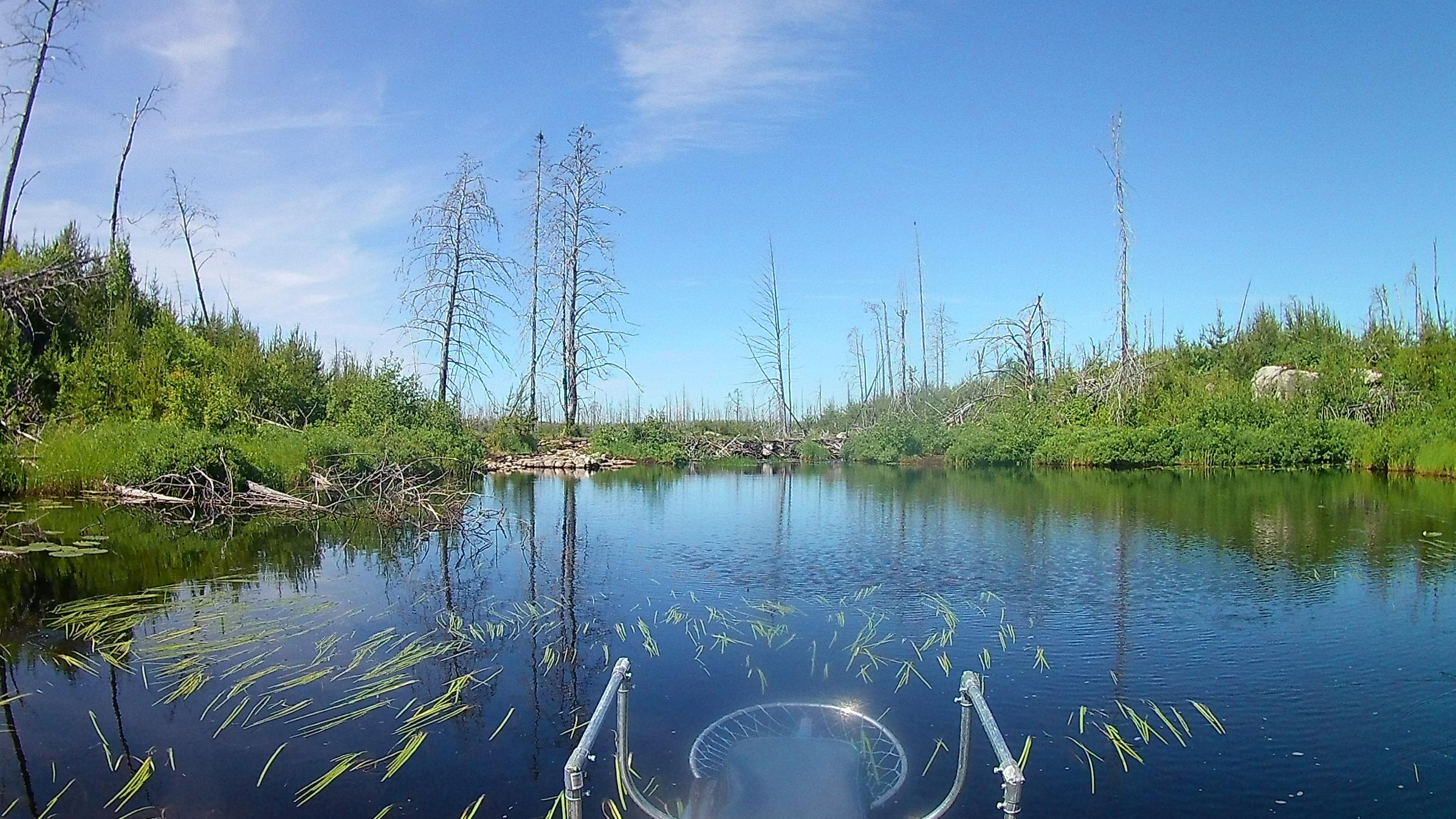 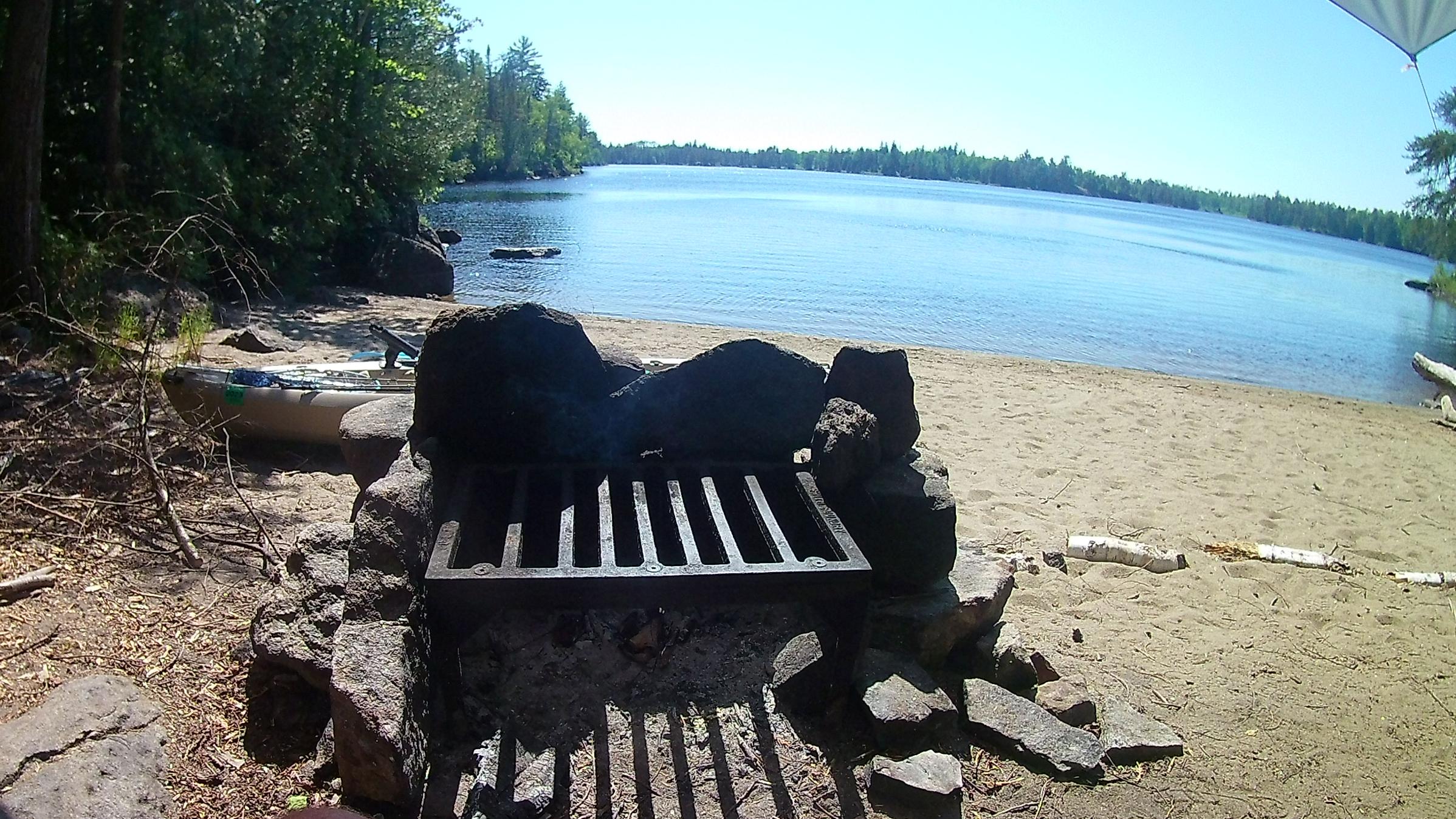 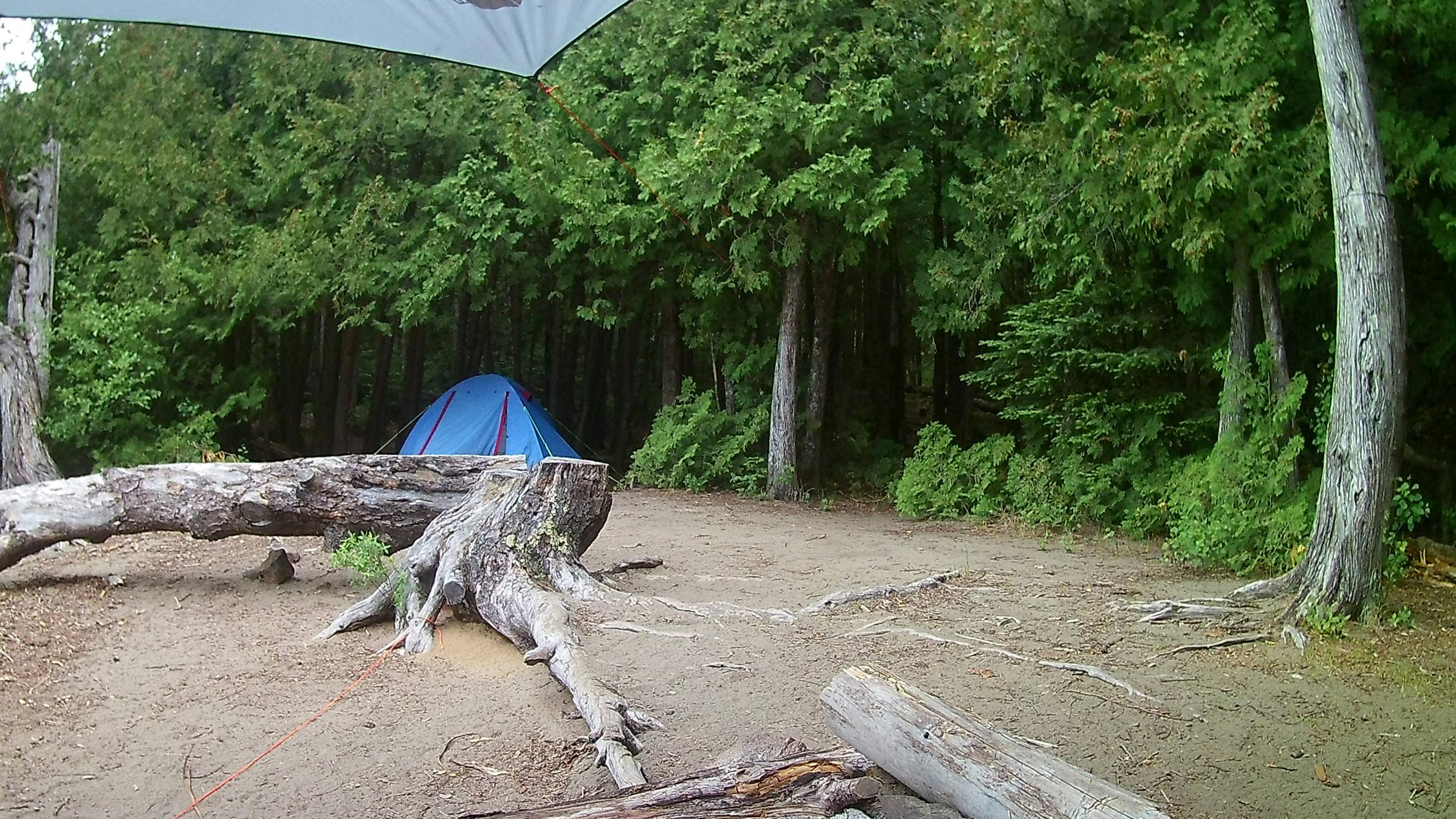